I Can See Clearly Now

Brody wasn't the only one to go through a surgical procedure last April. I finally faced my fears and had laser vision correction done, specifically PRK surgery, after nearly 25 years of wearing contacts and glasses for my very nearsighted eyes. I wanted to get Lasik instead of PRK because the recovery is supposed to be much easier, but alas, my corneas proved to be too thin. My doctor thought PRK was a better long-term option for me anyway.

I had the procedure done on Thursday morning, April 20th, and it wasn't that bad. I hardly felt anything (that had been one of my biggest fears), and I felt pretty normal afterward, other than my vision being really blurry and having to wear funny protective goggles over my eyes. I looked ridiculous and Peter thought it was hilarious. I guess it was, as you can see below. Ha ha! 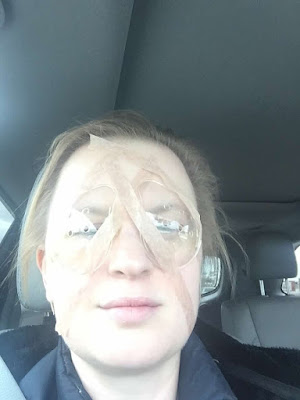 It wasn't until a few hours later when the meds started wearing off and my eyes felt like they'd been filled up with burning sand that I knew what people meant when they talked about the difficult recovery from PRK.
It hurt. I cried, the tears leaking out of my beleagured lasered eyes and pooling into those stupid goggles, which I had to keep on until the following day. But it was only really bad that first day, and the pain meds helped. I was prescribed Percocet for the pain. As you probably know, there's a big problem with this kind of drug abuse in the country right now, and I'm happy to report that I was in absolutely no danger of getting addicted, because it made me throw up every time I took it. By the next day I'd had enough and took ibuprofen instead. Much better!

The first few days were blurry and my inner vampire came out as I stayed inside away from sunlight and babied my tender eyes as much as I could, resting and listening to audio books and taking naps. 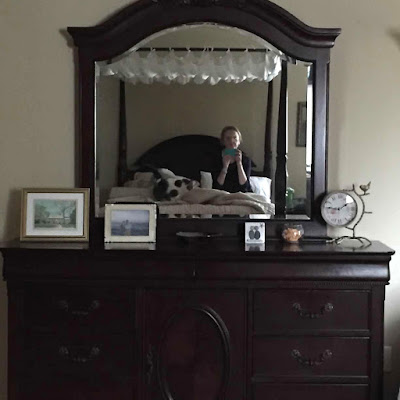 I'd been reading a really good mystery thriller (The Woman in Cabin 10 by Ruth Ware) before the surgery and I was eager to start reading it again, so by that Sunday I did just that, even though I had to close one eye and squint with the other. I read through the haze and it was worth it! That book was so good and I couldn't put it down. I don't think it put too much strain on my eyes because they recovered beautifully from the surgery. My vision progressively cleared as the weeks went by, and my eyes felt great. There were no problems or complications. I'm happy to report that I now have 20/20 vision in my left eye and 20/40(!!) in my right.

I really love being able to see clearly out of my own eyes without contacts or glasses. It's awesome to wake up in the morning without everything being blurry, and to to be able to go swimming without worrying about getting water in my eyes, and to not have to put contacts in and take them out every day and continuously order more. I really should have done this years ago. It's one of the best things I've ever done for myself!

This was my last-ever bottle of contacts disinfectant. My usual sense of nostalgia wasn't present at all.
I don't miss wearing contacts or glasses a single bit! 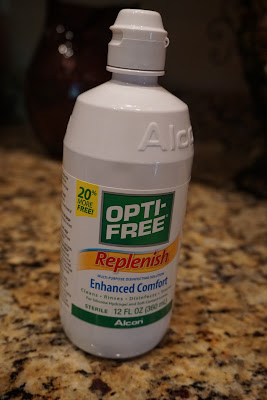