1. Wednesday was National Hot Chocolate Day and it was also my half-birthday. I drank not one but two mugs of hot chocolate (technically, hot cocoa) over the course of the day to celebrate both of these momentous occasions. Cheers to me getting older (?!) and to my favorite cold-weather drink!

2. I made over $200 this week consigning stuff at the local consignment store (which is aptly named "Stuff").
I love consigning there. It's so easy, and it's nice to make some extra money from things we no longer need, use, or want, without having to deal with the hassle of holding a garage sale or selling through Facebook.

3. Yesterday I spent the day with John for his school's "Share Your School Day." I loved it! I'm always curious about what my kids' days are like at school and I often wish I could be a fly on the wall so that I could see what's going on. Finally, here was my chance! Parents got to go around with their kid for their normal school schedule. All classes were taught as usual while parents sat in. I really enjoyed it, and even though he won't admit it, I think John kind of liked it too. :-)

4. I was sad to find out that a member of the Quorum of the 70 passed away unexpectedly a week ago at only the age of 57. It was Elder Von Keetch. I met him and his wife last June at a mission tour lunch that I helped organize and serve at. He was very kind and he and his wife came into the kitchen to personally meet and thank the servers of the meal. He will be missed, but it's comforting to know that he's in a wonderful place now, reaping his reward for the all the good he did during his time on earth.

5. Speaking of church and church callings, I'm enjoying my new calling in my new ward. I'm the Relief Society secretary. It's my first time being in a R.S. presidency and I like it! Over the course of my church "career," I've been in a Primary presidency three times (as secretary, second counselor, and first counselor), and in a Young Women presidency (as the president--aagh!). So far, being the Relief Society secretary is my favorite! It's not very time-demanding or stressful and it utilizes my skills well.

6. I randomly found this out about Massachusetts. Score another one for Mass.! 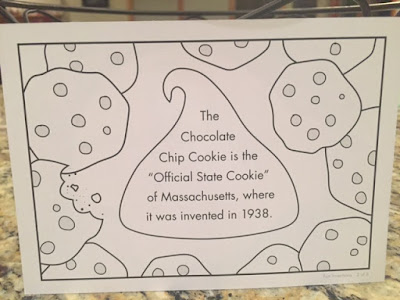 And speaking of scoring for Mass., GO PATRIOTS in the Super Bowl this weekend! 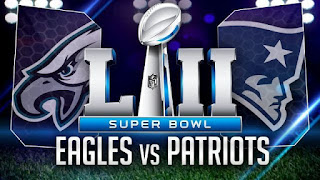 I'll try not to lead myself to believe that if they win, we should move to Mass., and if they lose, we should stay in Iowa! (But I'll do it anyway, ha ha.)