1. The last day of school was on Wednesday and the boys are so glad that summer vacation has begun! I always kind of missed school after the last day since I like familiar routines, schedules, learning, and all that good stuff, but they don't miss school at all, especially John!

I bought Bunch o Balloons so they could have a water balloon fight with two friends. This is one of the best products I've ever bought. Filling up the balloons was so easy and quick and I didn't have to tie a single one. In my opinion, this is the only acceptable way to do water balloons! 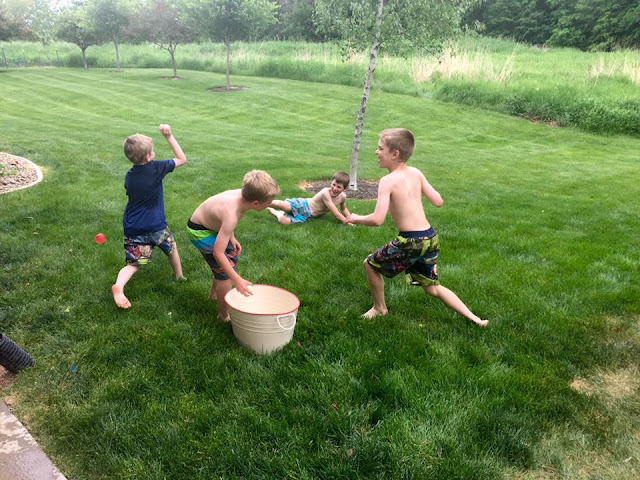 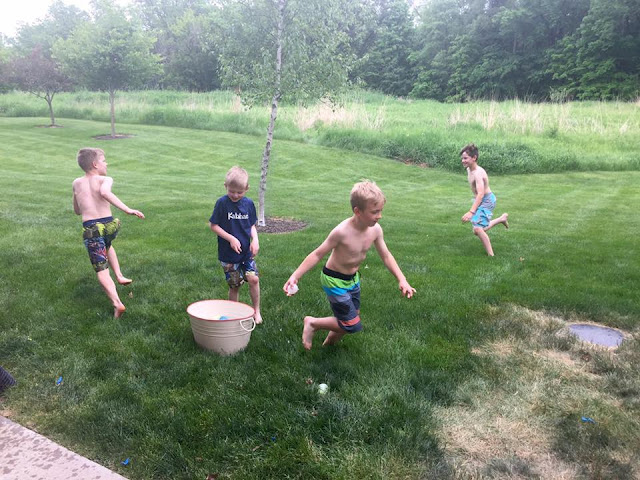 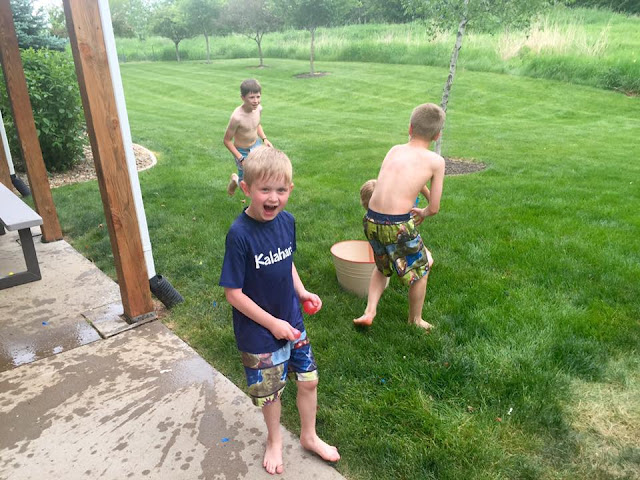 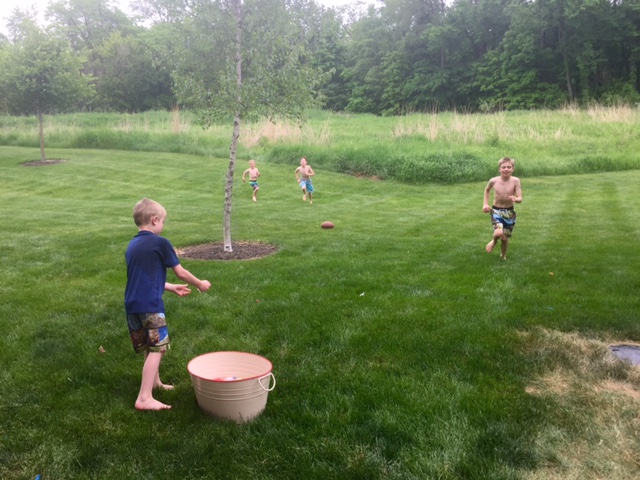 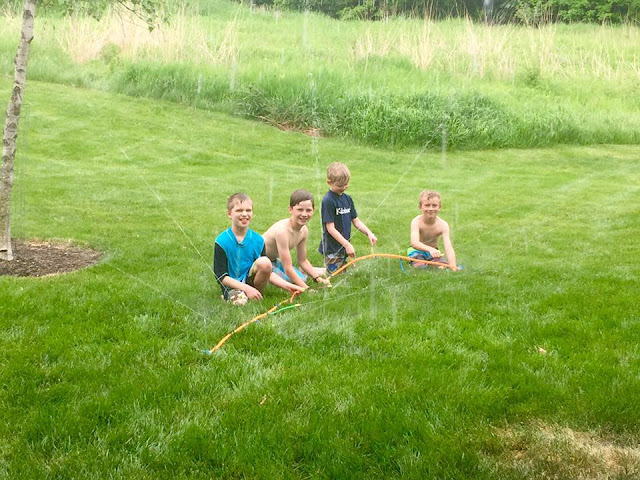 2. Since Wednesday was the last day of school, yesterday was the first official day of summer vacation. It started out in dramatic fashion when my friend came over to go for our exercise walk and she couldn't come up to the front door because unbeknownst to me there was a really big snake stretched across the front walkway!!! It was by far the biggest snake we've ever seen here, and we haven't even seen that many. It was so creepy, and I only got a glimpse of a part of it as it slid away. She saw the whole thing stretched out in its terrible glory. It disappeared into a hole right at the side of our front steps, which means I can't use our front door and walkway for a long time.

Now let's fast-forward to this morning. The snake emerged again (I'd been keeping an eye out for it from the safety of the house), and this time we saw all of it, much to the boys' delight, to my horror, and to Boo Boo's excitement. It appears to be living right near the front steps under the walkway! Aaaaugh!! I sent Sam out to follow it so that we can have an idea of where its "hot spots" are. I'm so afraid that Boo Boo is going to try to kill it. I think I'm as afraid of that as I am of the live snake. 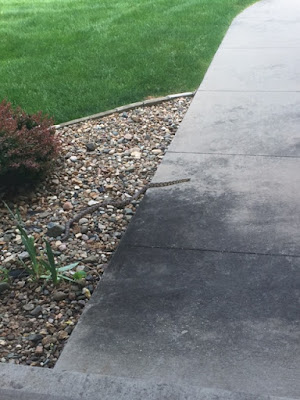 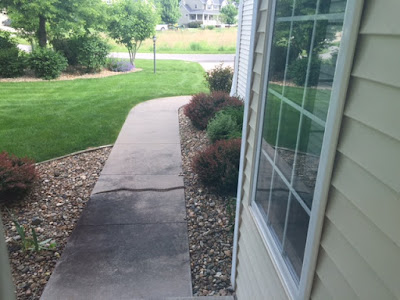 Impressively, Sam knew that it was a rat snake and that it's a constrictor. After googling it, I confirmed that he was indeed correct, and much to my relief, that they're not poisonous and many people keep them as pets. Phew!
So Sam got his pet snake! It's going to be an outdoor snake. Ha ha.
And unfortunately, I'm pretty sure there's more than one. :-O
I don't know what to do about this!

3. Another thing that happened yesterday, and this one was much more fun and wholesome, was that I took Sam to Build-A-Bear Workshop for the first time to pick out a stuffed animal to make. It was his end-of-the-school-year gift (John's was the water balloons). It was adorable and he loved the whole process and the finished product. 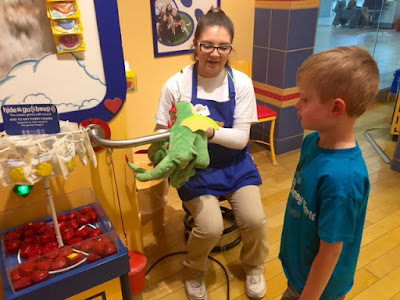 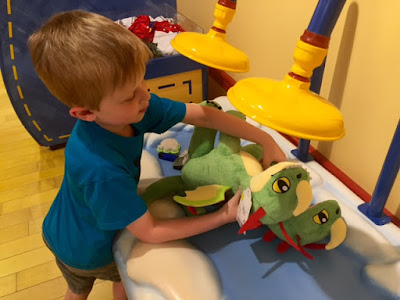 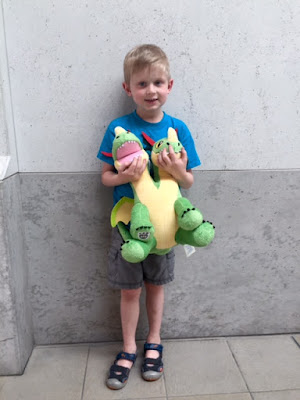 4. Since I've been talking about my kids, I thought I'd share these funny parenting things I saw recently that involve two characters I've liked since childhood: Mary Poppins, and Miss Hannigan from Annie. I got an e-mail from Power of Moms that said this, and it cracked me up:

Do you ever start the day as Mary Poppins but end it as Miss Hannigan?

Yes! That's the story of my life as a parent! My parenting holy grail is to get through the entire day as Mary Poppins!

Also, I saw these little gems on Facebook recently: 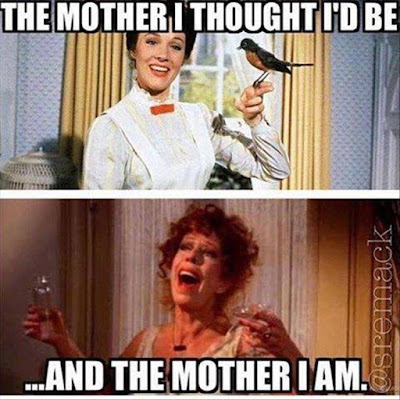 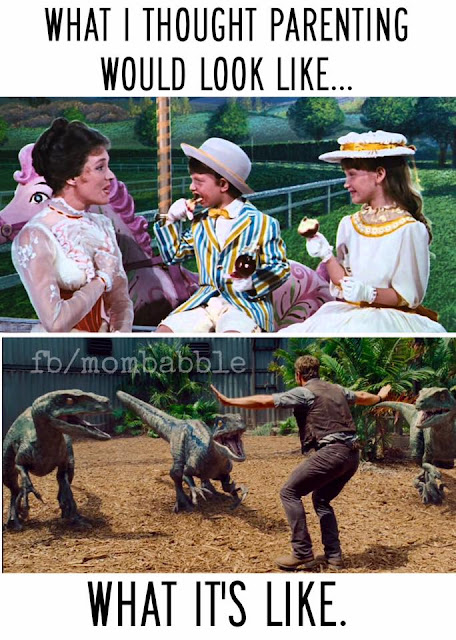 I feel like that bottom picture with the raptors is especially true for me with my two boys!

5. We got our tickets this week for the Philadelphia Temple Open House in August. We're so excited to return to Philadelphia with the kids, to see this beautiful temple (which has a fantastic location right downtown in the middle of everything), and to go back to Penn, where we met and fell in love.
We love Philadelphia! 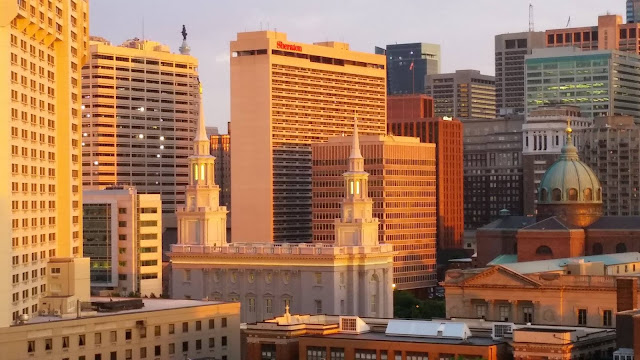 Happy Memorial Day Weekend! I'm bummed that we're not going anywhere fun for it. Well, the kids and I aren't going anywhere fun. Peter is--he's going to The Hague in the Netherlands for a business trip. It will be his first time ever going to Europe. Meanwhile I'll be at home with the kids, trying to finish up editing a client's book manuscript while attempting to be a Mary Poppins-type of parent and not devolving into Miss Hannigan. Wish me luck!