For today's Five Things, I'm writing about something from each day that happened this past week.

1. Sunday: I saw this picture for the highly anticipated (by me) Beauty and the Beast movie for the first time! 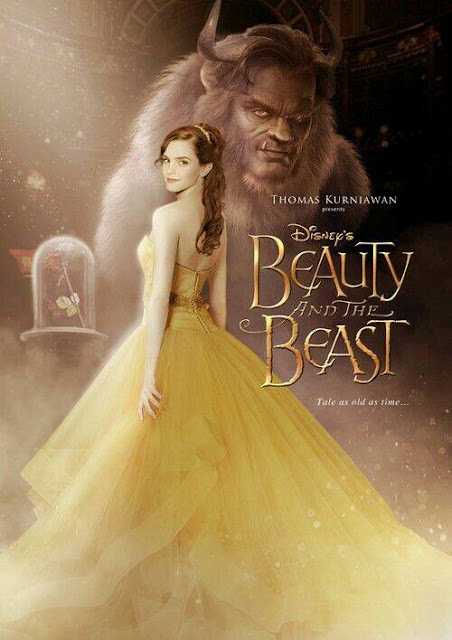 How can it be that this isn't even coming out until 2017!?
Beauty and the Beast is my favorite Disney movie and I'm excited to see what they do with the live-action version. I think Emma Watson will be a perfect Belle, and I can't wait to see how Dan Stevens (Matthew from Downton Abbey) does as Beast. If it's anything like Cinderella was, it won't disappoint!

2. Monday: One of my favorite TV shows is Madam Secretary on CBS. I really, really like the character of Elizabeth McCord, the Secretary of State, played by Tea Leoni. She's beautiful, smart, accomplished, and funny, but not perfect. This is a really smart and enjoyable show, and it helps feed the dream I once had (and still sometimes have) of working in politics in D.C. and being part of foreign policy and diplomacy work.
(This is listed as a Monday thing because I watched the most recent episode that day while I was on the treadmill.) 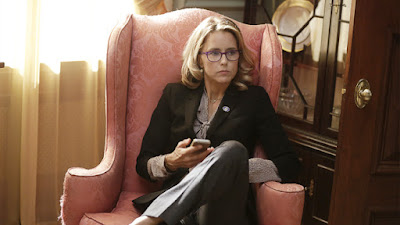 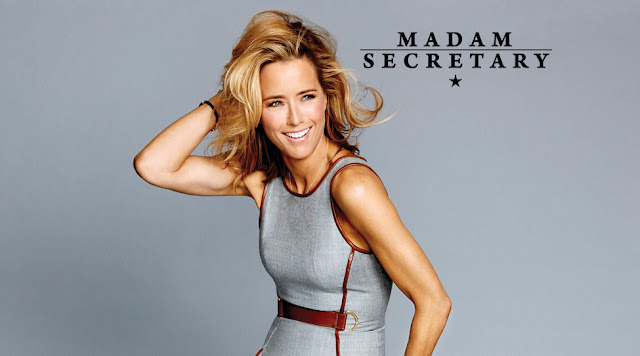 3. Tuesday: Speaking of political things, the Republican debate was fun to watch! 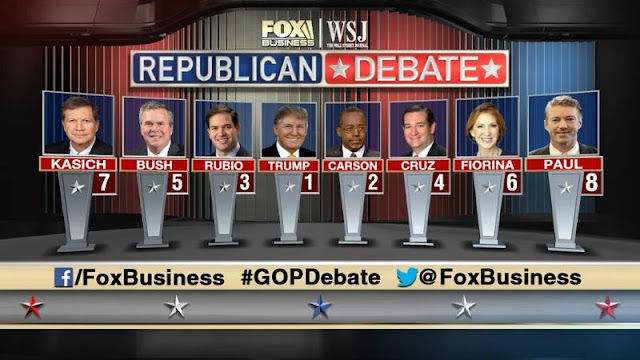 Here are my quick impressions of each of the eight candidates and their debate performance, in order from left to right:

-John Kasich: Sincere and heartfelt, but irritated and emotional.

-Marco Rubio: He's adorable! And very articulate and likable. He's quickly becoming my favorite candidate. He's got the political experience that the other most popular candidates simply don't have. I know outsiders are popular and have their benefits, but I think previous direct political experience in the form of governor, senator, or congressman is so important for the office of president. I think he's the one that Democrats are most worried about winning the nomination.

-Donald Trump: Powerful alpha-male; super-confident and smart. Yet I kept thinking of his funny sketch on SNL last week when he was a tax guy wearing glasses singing "Call me on your cell phone." So funny!

-Ben Carson: Quiet and unassuming. He's the kind of guy you could easily have over for a nice, relaxed dinner.

-Ted Cruz: Name dropper (for his website). There's something about him that irks me, but I can't quite figure out what it is.

-Carly Fiorina: Capable and confident. She looked beautiful in her dark green dress and I like her hair. (And don't accuse me of sexism because I also commented on Rubio's appearance!)

-Rand Paul: Not nearly as likable as his father.

I missed New Jersey Governor Chris Christie being there because I like him.

It was a good debate. Onto the next! 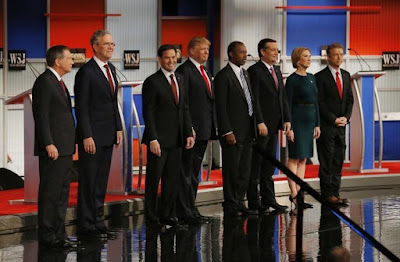 4. Wednesday: Early in the evening, we were under not only a severe thunderstorm warning but also a tornado watch. Yikes!! 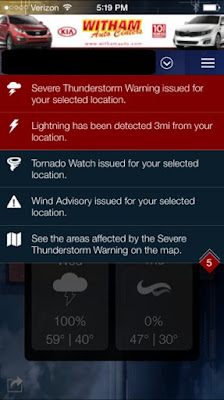 So we skipped swim lessons and hung out in the basement storage room for awhile. 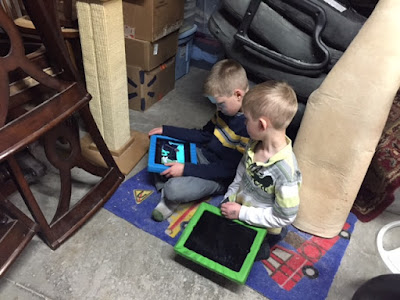 I was nervous about this storm and I'm glad I listened to my instincts and decided not to take the kids to swim lessons because if we had done that we would have been out on the roads trying to drive in a terrible storm. Scouts was cancelled at the church so we got to stay home for the evening, but nothing happened after that initial thunderstorm. Thank goodness! My biggest fear about living in the Midwest is tornadoes. 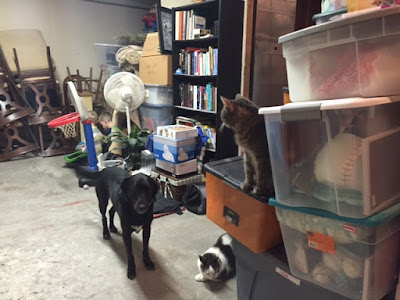 5. Thursday: The boys and I ate dinner at their school's annual fall supper and then we stopped in at the book fair. I've always liked book fairs. I liked them when I was a student, and I like them as a parent. John got Goosebumps books (which he really wanted--yay!) and the boys got two Pokemon books to share. Sam was disappointed that there were no snake books, but I was glad there weren't. We've got enough snake books!

Have a great weekend!