1. There's a huge spider at the neighborhood mail-house that's been terrorizing me this week. When I first saw it, I thought it was a Halloween decoration because it was so big and it was perched in this perfectly spun spiderweb. When I looked closer, I saw that it was real! I couldn't believe it! My inner arachnophobe has been on high alert all week. The spider has been there since Monday and I have to hurry by it and hug the wall to get to my mailbox, and then do the same thing to get past it and back to my car. While the sympathetic animal-rights part of me is glad that nobody has disturbed it or killed it or anything, my heart sinks each time I pull up to the mailhouse and see it sitting there. There is no way to avoid this spider in order to get the mail.
Halloween horrors, courtesy of the neighborhood mailhouse! 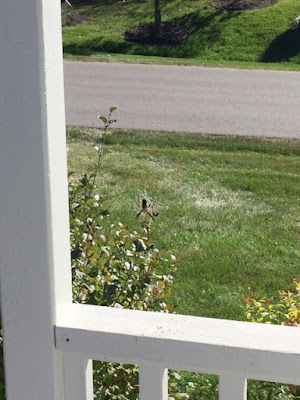 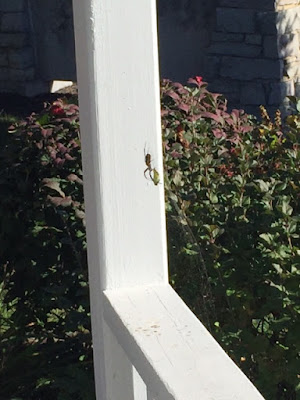 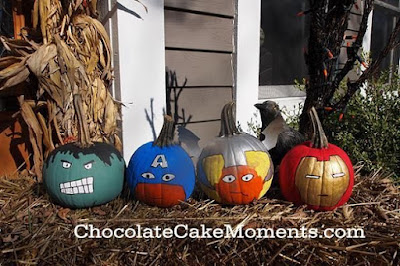 In the last few weeks, out of nowhere, this pin has gone viral. Not super-viral, but I've been getting e-mails every day from Pinterest telling me that people have re-pinned it. It's at 179 re-pins and 19 likes (and counting!). This can't compare to my most popular pin of all time from a few years ago that ended up getting nearly 800 re-pins (it was a road trip checklist that people apparently really liked). I think it's funny how things can lie dormant for years and then finally get noticed.
The mysteries of life, the mysteries of Pinterest.

3. Big in business news this week is the Dell-EMC deal, which is the biggest tech deal in history. 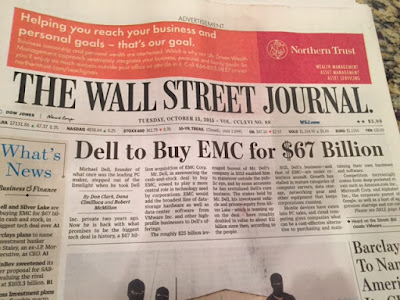 Normally I don't pay a lot of attention to this type of news, but EMC is based in my little hometown of Hopkinton, Massachusetts. It's grown so big since I was in high-school. I still drive by its many buildings over on that side of town every summer. It's located right near a street that's named after my ancestors that one of my uncles lives on. And beyond that, there's this connection: Richard Egan was the co-founder of EMC. One of my friends in high-school babysat for the children of one of Richard Egan's sons, who was an executive at EMC, and through that connection, I babysat for another executive's kids, because they were friends and worked together at EMC. This family I babysat for was really nice and wealthy and they paid me well. :-) So I think of all these things when I think of EMC, and it makes me feel a little homesick!

4. In other news, on a much more serious note (look out, here I go!)...I'm a little worried that World War III is going to happen in the possibly not-too-distant future, and that it's going to be led on one side by Russia, Syria, and Iran, and on the other side, by the U.S. and allies like England and Germany. (I can't figure out where I think China would fit in yet. China has a good poker face.)

I see echoes of World War II in what's been happening in the Middle East, with the persecution and mass migration of the Syrian people and others, the brutal killings of Christians and other "dissenters" by evil Islamic fundamentalist terrorists, and ISIS, like the Nazis, having aspirations to take over whole countries and institute their own supposedly utopian-like societies.

Now Russia has swooped in to help Syria's leader, which I'm not entirely sure is necessarily a bad thing for Syria in the long run (although it definitely could be because Bashar al-Assad is bad news), but it's pitting the U.S. and Russia against each other, which isn't a good thing. I think Vladimir Putin wants Russia to replace the U.S. as the world's superpower and that he's been making moves for years to try and move Russia closer into that position (good luck with that, Mr. Putin--no matter what Russia does on the outside, on the inside, it's a mess).

I hope I'm wrong and that things will work out, but I think that's naive and overly simplistic. Normally I'm an optimist, but not when it comes to the Middle East. I majored in Political Science in college and one of my concentrations was International Relations, so I had the opportunity to study various world conflicts in depth (for awhile I aspired to go into international diplomacy work). I came away from my studies believing that the conflict in the Middle East is the one conflict in the world that's not going to be resolved until the Savior comes again. He's the only one who I think can heal that rift and bring true peace to the Middle East.

And that's my two cents about all of that!

5. To end on a MUCH lighter note, here's some great news!! 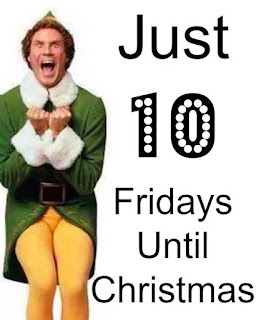 Yaaay! Our Christmas season last year was terrible, so I'm looking forward to Christmas this year even more than I usually do. Ten Fridays from today it will be Christmas Day!!