It's been awhile since I've done one of these! I wasn't going to do one today, but I decided I had enough "things" to work with to make it worthwhile. (Okay, there was really only one thing, but it's a big enough thing that I decided to do a "Five Things" around it. ...No Mom, I'm not pregnant.)


1. It's been so hot and humid this week! Last week it was uncharacteristically chilly, and this week it's uncharacteristically hot. Mother Nature is up to her tricks again! Normally I don't mind the warmth, but with allergies, the heat makes them so much worse. So I haven't been feeling the best this week as a result. I pretty much want to cut my nose off by the end of the day. (News flash: I haven't done it yet.) I'm going to buy some Flonase today for my beleaguered nose and give that a try. Claritin works well but --oh stop it Donna! I'm becoming an annoying person who talks too much about her allergies. Thank goodness I only have these once a year!

2. The kids and I saw a truck on its side on the highway this week. It was literally sprawled out on the highway with its whole underbelly in perfect view. It had toppled over earlier in the day, but when we drove by it in the evening, it was still just lying there, taking up two lanes of traffic on I-80, with no cones around it or anything. It looked like a giant abandoned dead thing. It was really strange and it felt slightly dystopian (which is a genre that I've kind of had my mind on because my father is visiting and he feels very strongly that life as we know it is probably going to come to an end within the year). Weird!

3. Okay, this one is pretty exciting for me, and it's what prompted me to do a "Five Things for Friday" post today. I got an email from my friend Melanie yesterday with a link to amazon for a book that I had worked on a few months ago for her sister's husband, who used to work in the Middle East for the FBI. The book is about Islamic extremism and is very relevant to what's going on in today's world with that, which is why he decided to write the book. I wrote a little about it here on the blog back in January. So, the book has been published as a Kindle ebook and is now for sale on amazon. And much to my amazement, my name (first initials only for security purposes!) is listed on there after the author's!! For real! Check it out here. I'm a published...editor! Kind of. I was not expecting that at all. Who knew it could be so easy to get published? Ha ha. It was very generous of him to include me. If you're interested in learning about the root reasons of why the ISIS terrorists and other Islamic terrorist groups are doing what they're doing, this is a great and very relevant book to read. And some great editing work went into it too. ;-) 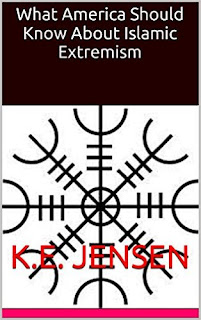 4. I've never been a big fan of those stick family decals that people put on the backs of their cars, but this is a family decal that I saw that I can definitely get behind! If I ever see it anywhere, I'll probably get it. That owl family is adorable! And that particular one fits our family of four perfectly. I may have to to conduct a google shopping search soon. 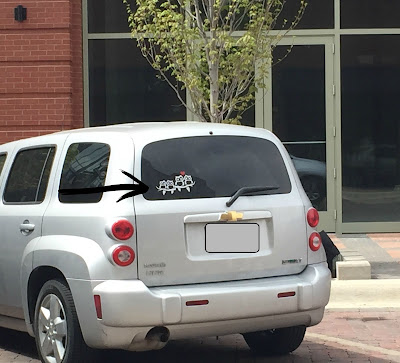 5. I love this lipstick! Cover Girl Lip Lava. You apply it with a little brush. It's great stuff and it makes my lips look and feel so pretty! 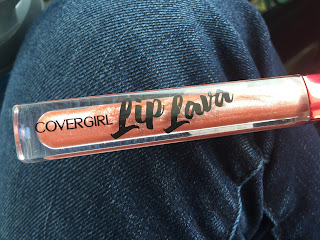