Last month John celebrated his 10th birthday! It's double-digits for the next nine decades for this young man!
It was a fun birthday weekend. His grandparents were visiting from Rhode Island. He had a fun party with friends. He had two cakes. And there were some fun presents. All of that almost made up for the fact that his birthday fell on a Sunday this year, much to his dismay (and my subsequent amusement).

Kids in a big pit full of foam cubes, what could be more fun than that?! John is really into obstacle courses and so there were those too. 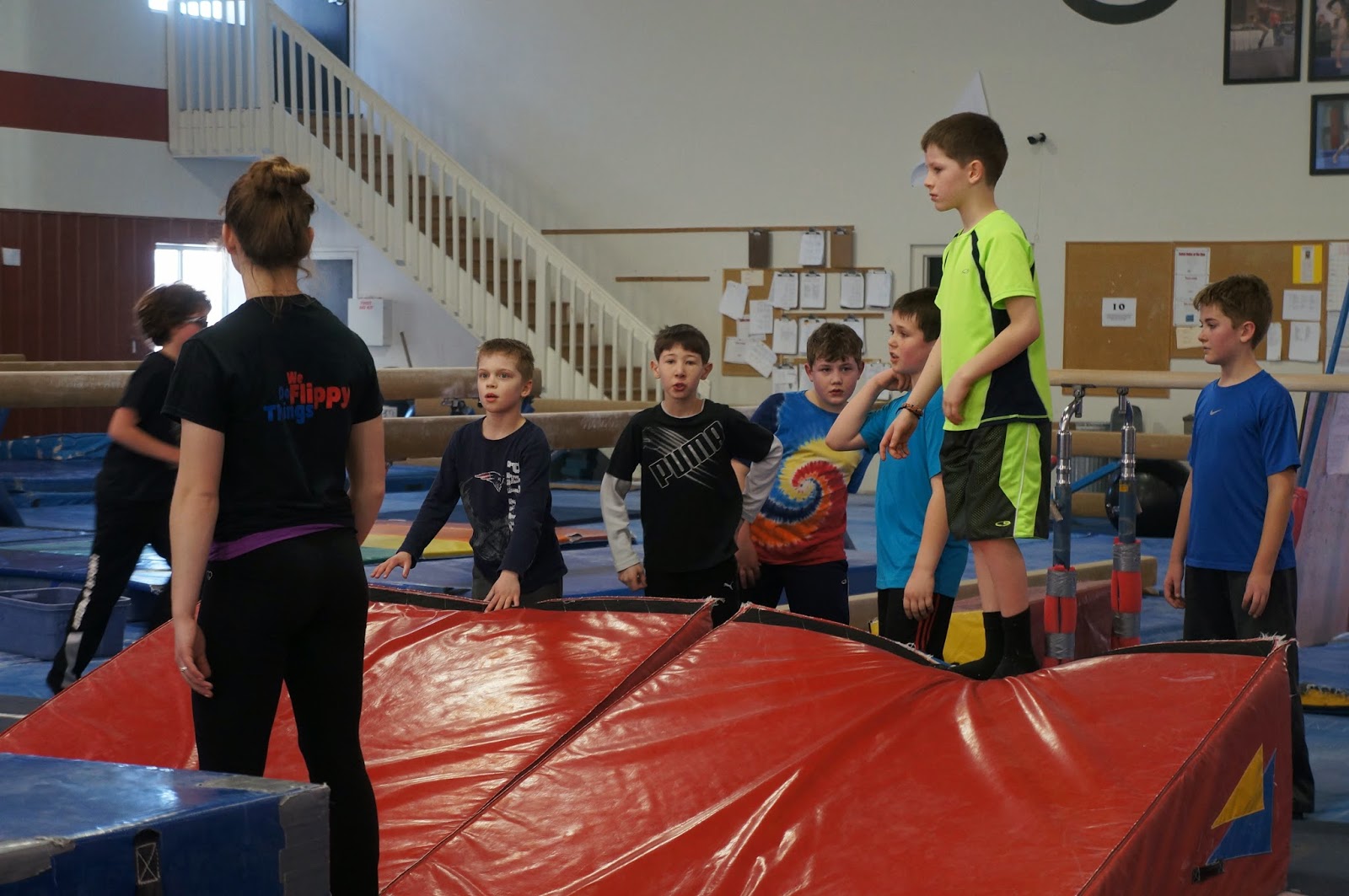 For his party he wanted to have a Boston Celtics cake from the grocery store's bakery. I was happy to oblige. (Hometown pride and all. And less baking for me!) 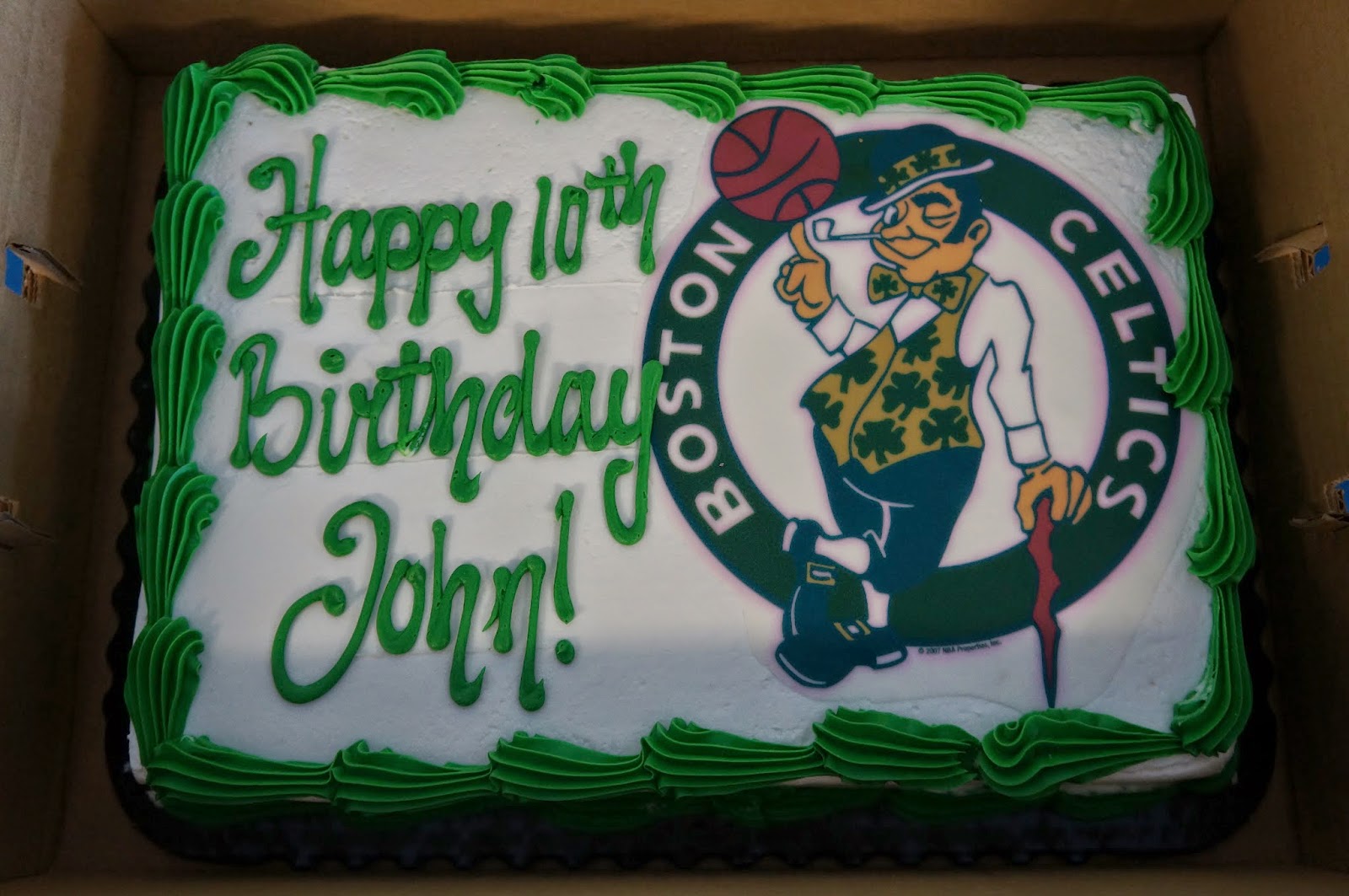 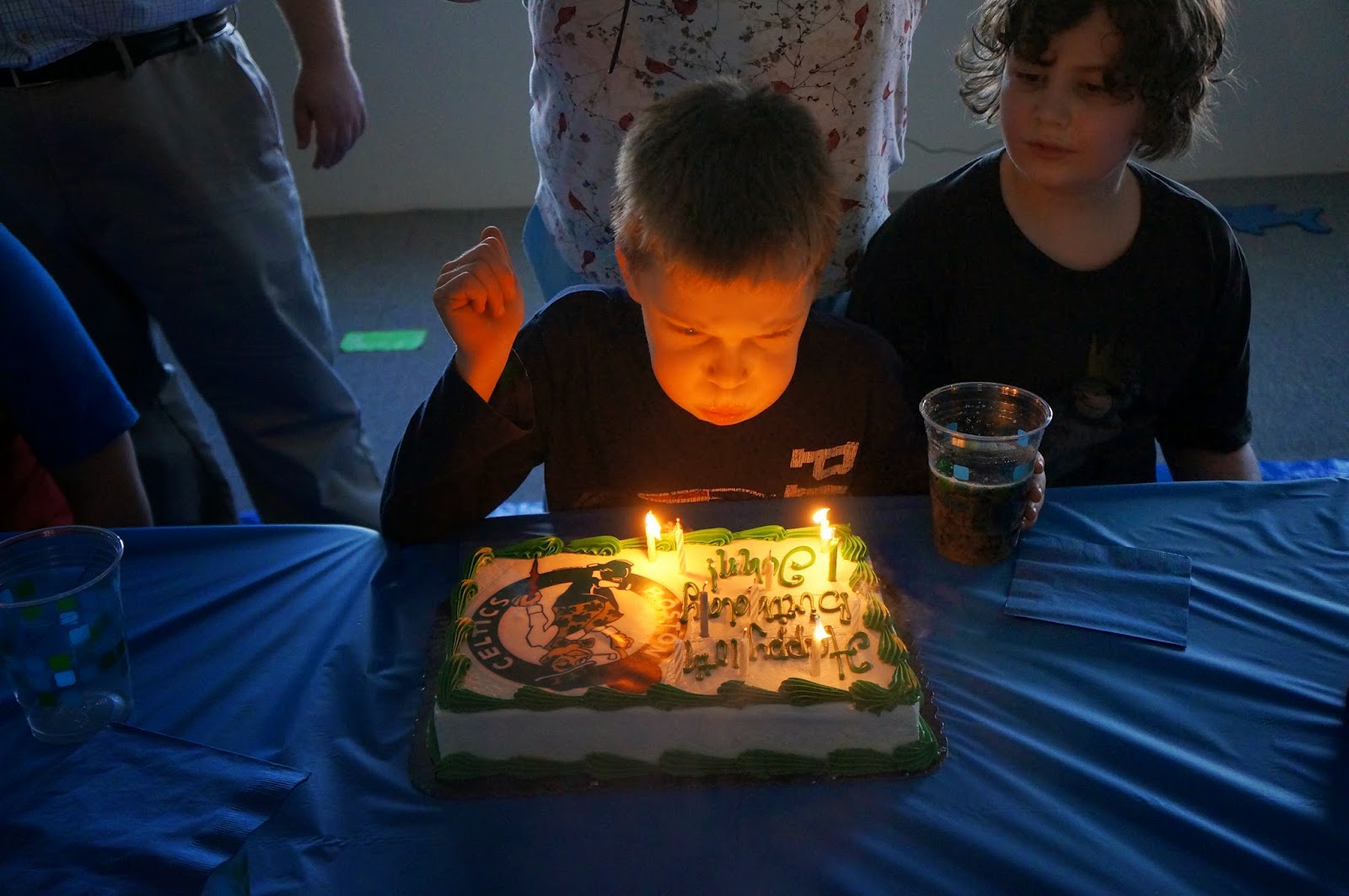 It's neat to watch these kids grow up. Most of them we've known since kindergarten, and now they're in 4th grade with only two years of elementary school left before they move on to junior high (yikes!!). This is one of the things that I really like about staying in one place and not moving--my children get to grow up with the same kids and be friends from childhood. 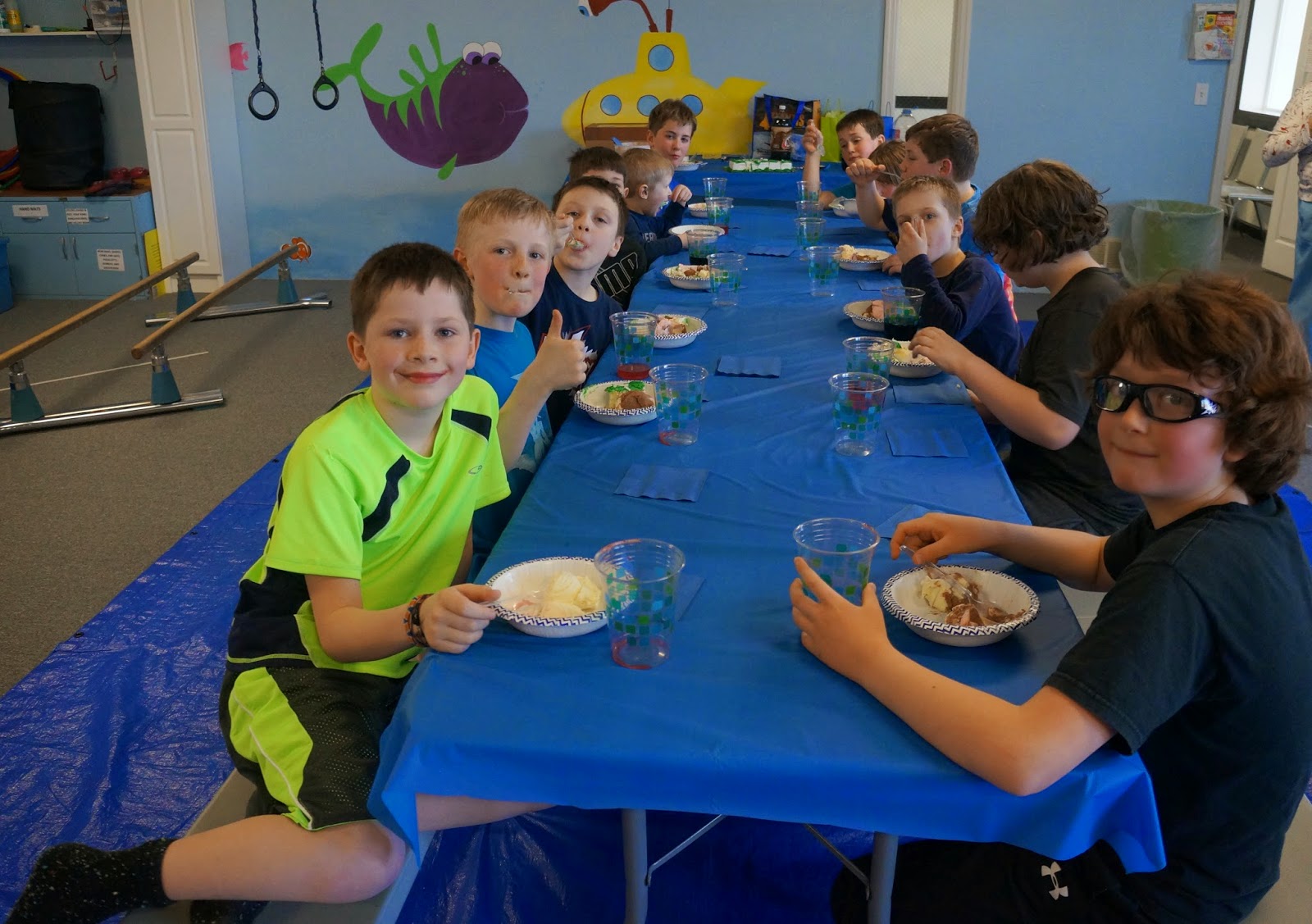 And at home the next day, on his actual birthday,,, 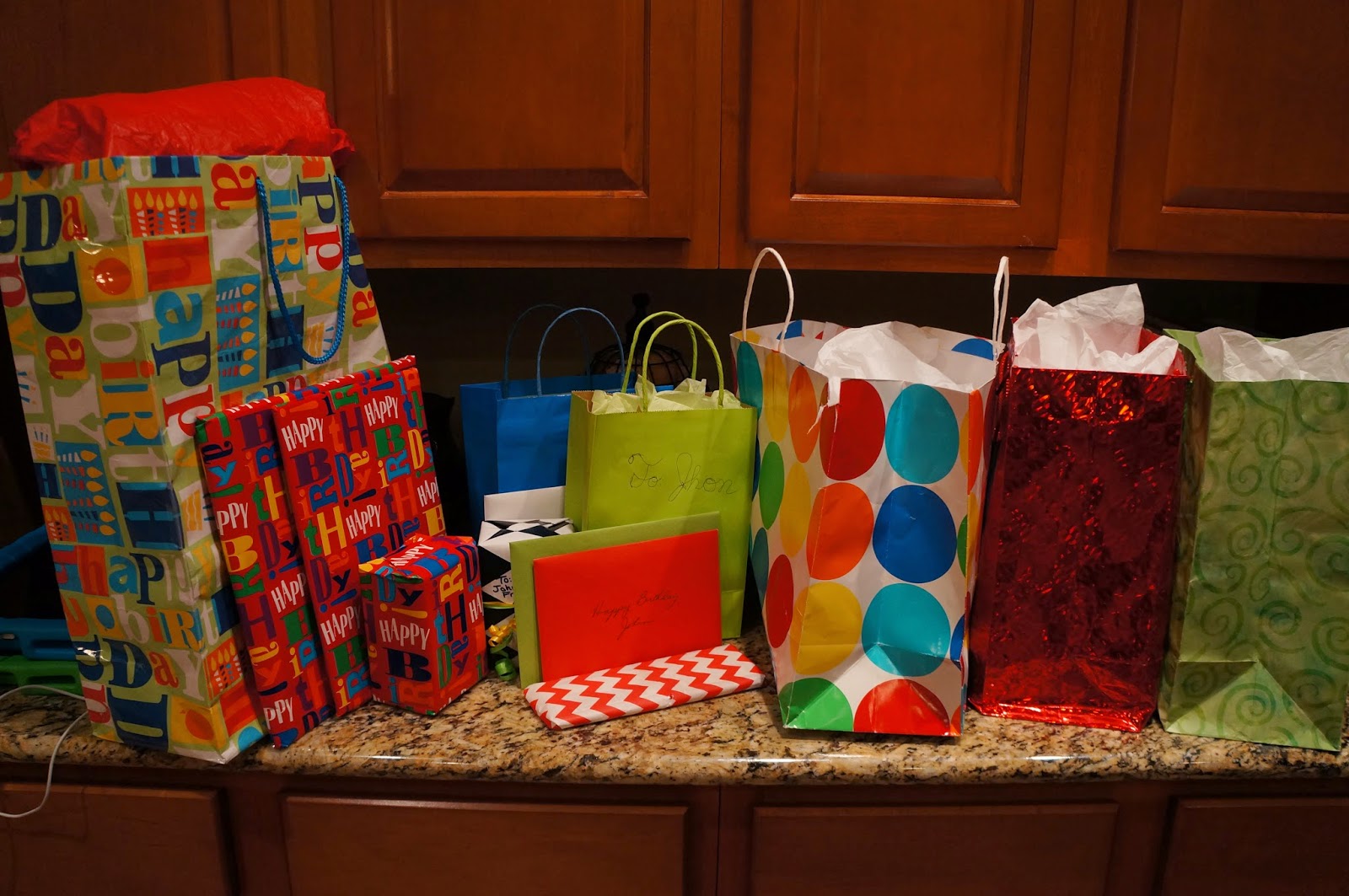 Cake!
(made and decorated by me, frosting made by Peter) 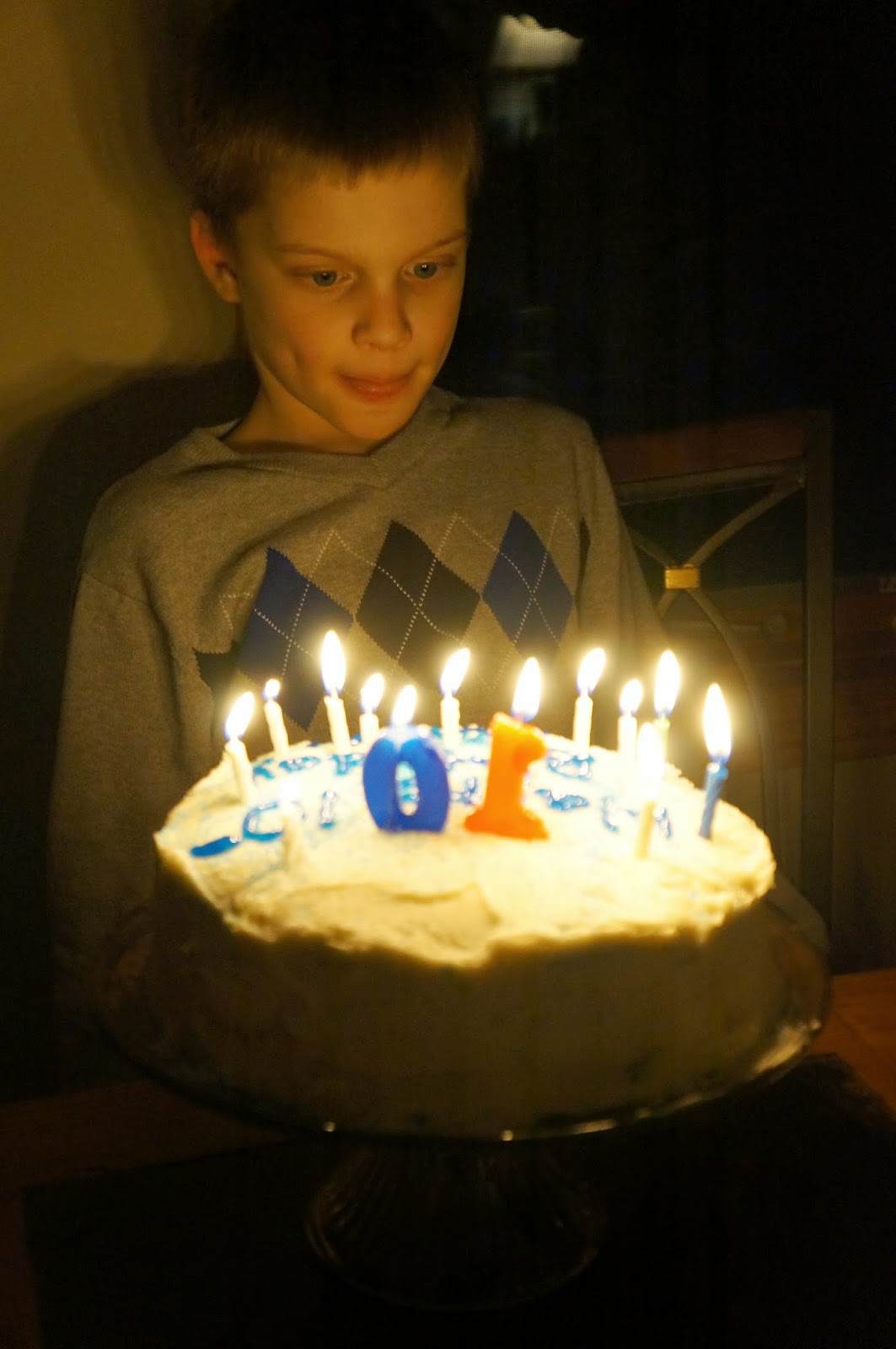 John wanted a blue cake, so Smurf-blue cake it was. Yum! 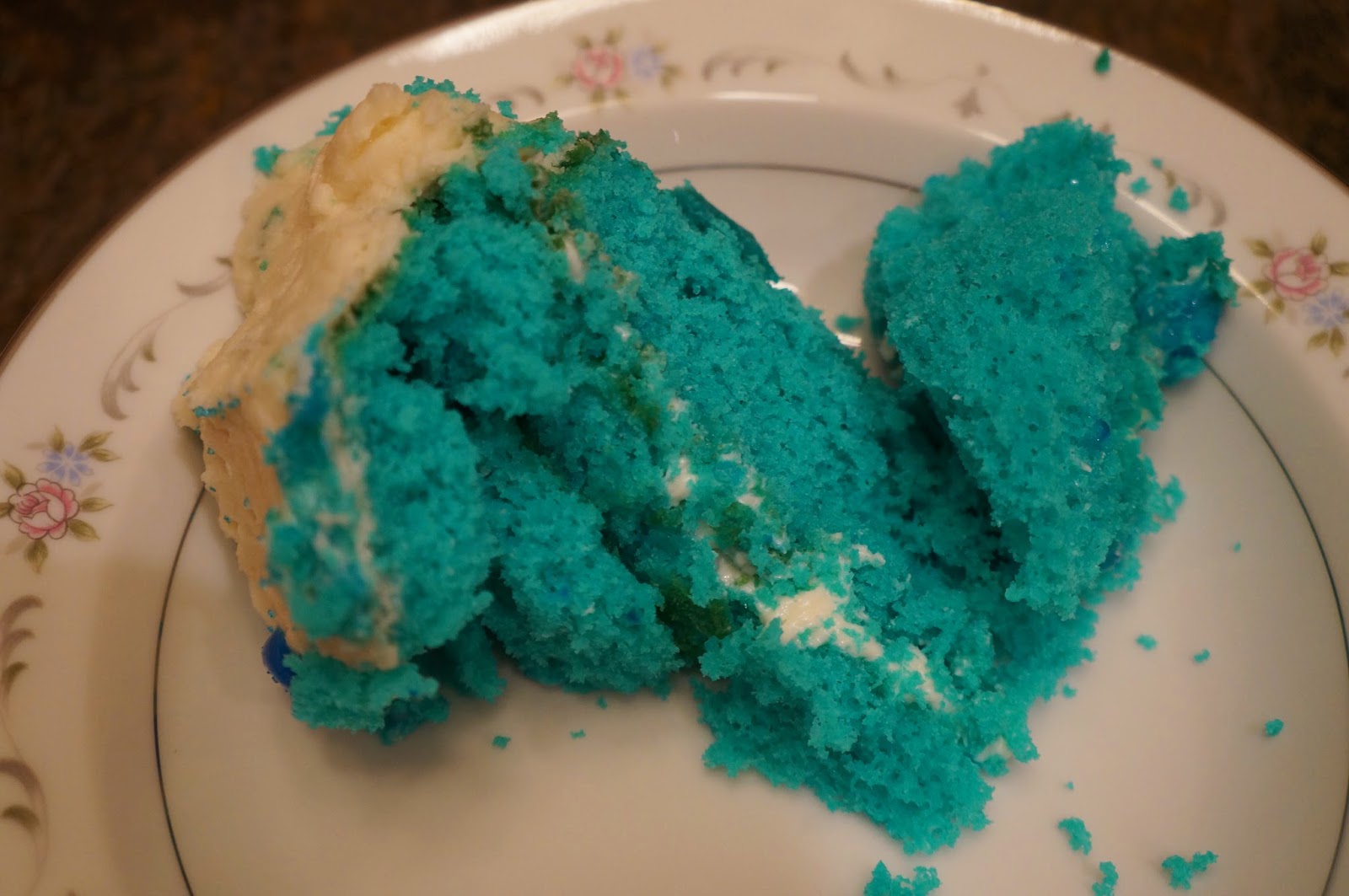 One of his favorite presents were these ball grips. (Have I mentioned that he likes obstacle courses?) 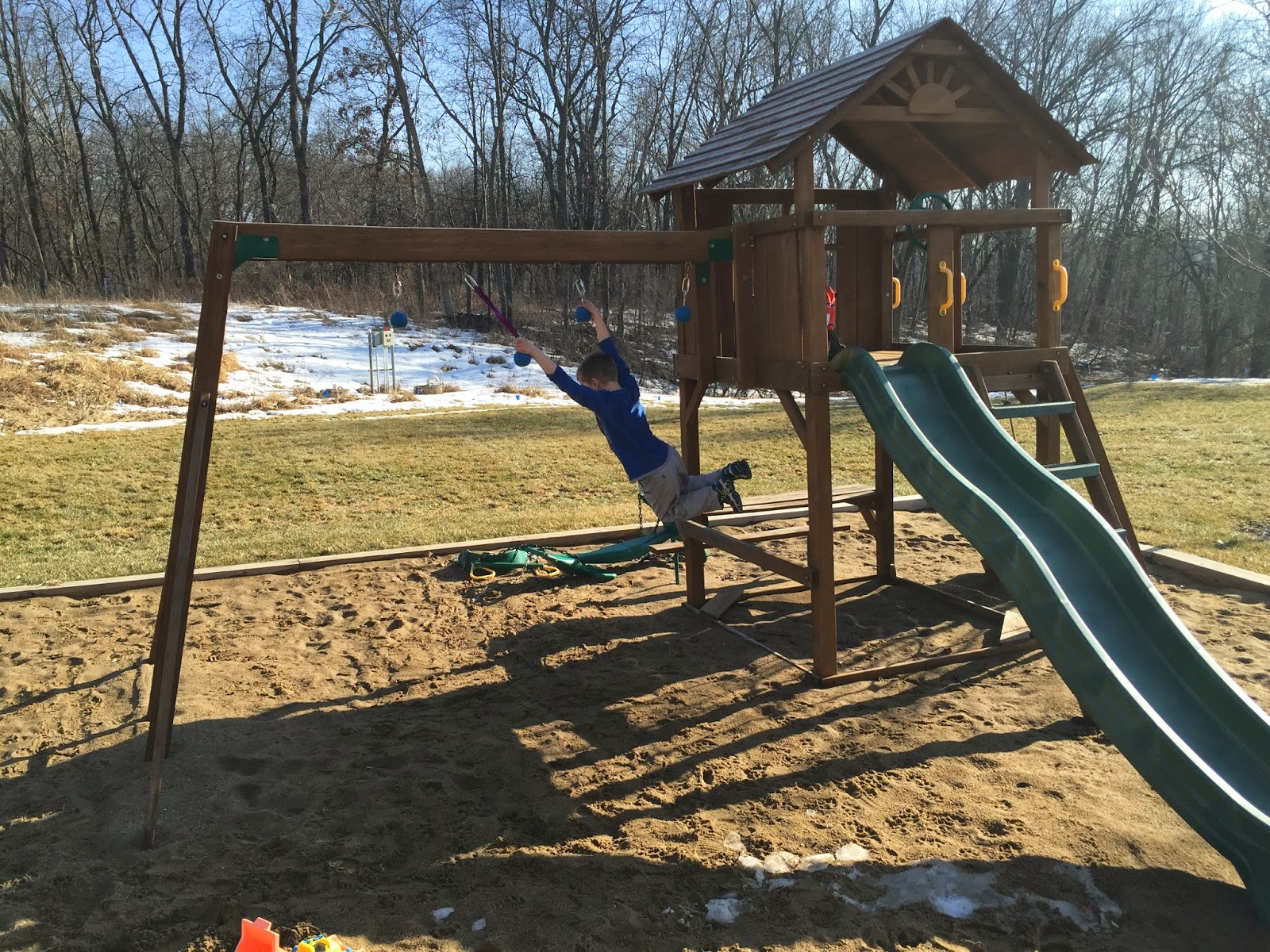 I put them up on our swingset later that week and he had fun pretending to be on American Ninja Warrior. He really wants us to build a big obstacle course in the backyard, but sorry kid, that's not happening. We thought about installing a climbing wall in his bedroom for his birthday, but that didn't happen either. Perhaps for Christmas? 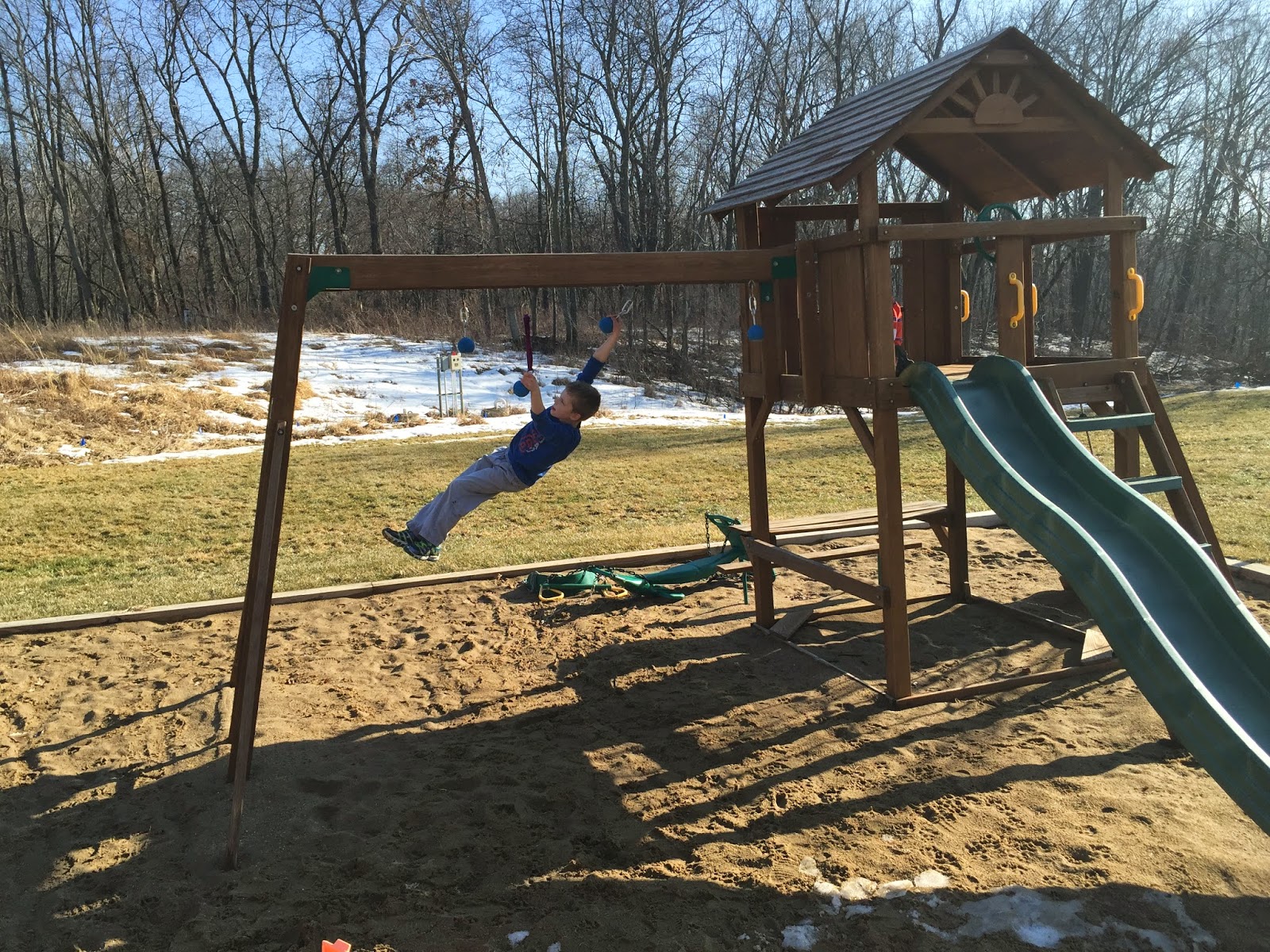 Happy 10th Birthday John! We love you very much!