A Boy and His Trains

Sam has had a true love of trains for a good solid two years now. It's such a classic little boy thing and I've enjoyed indulging him in it. The following group of pictures are from a year ago. He was totally immersed by this train he built. He'd do this often, where he'd get really into the train he'd put together with an enviable degree of focused concentration, as if he went into a train-induced reverie. I really like this series of photos because it captures him and his interest level at this age (3) and stage so well. 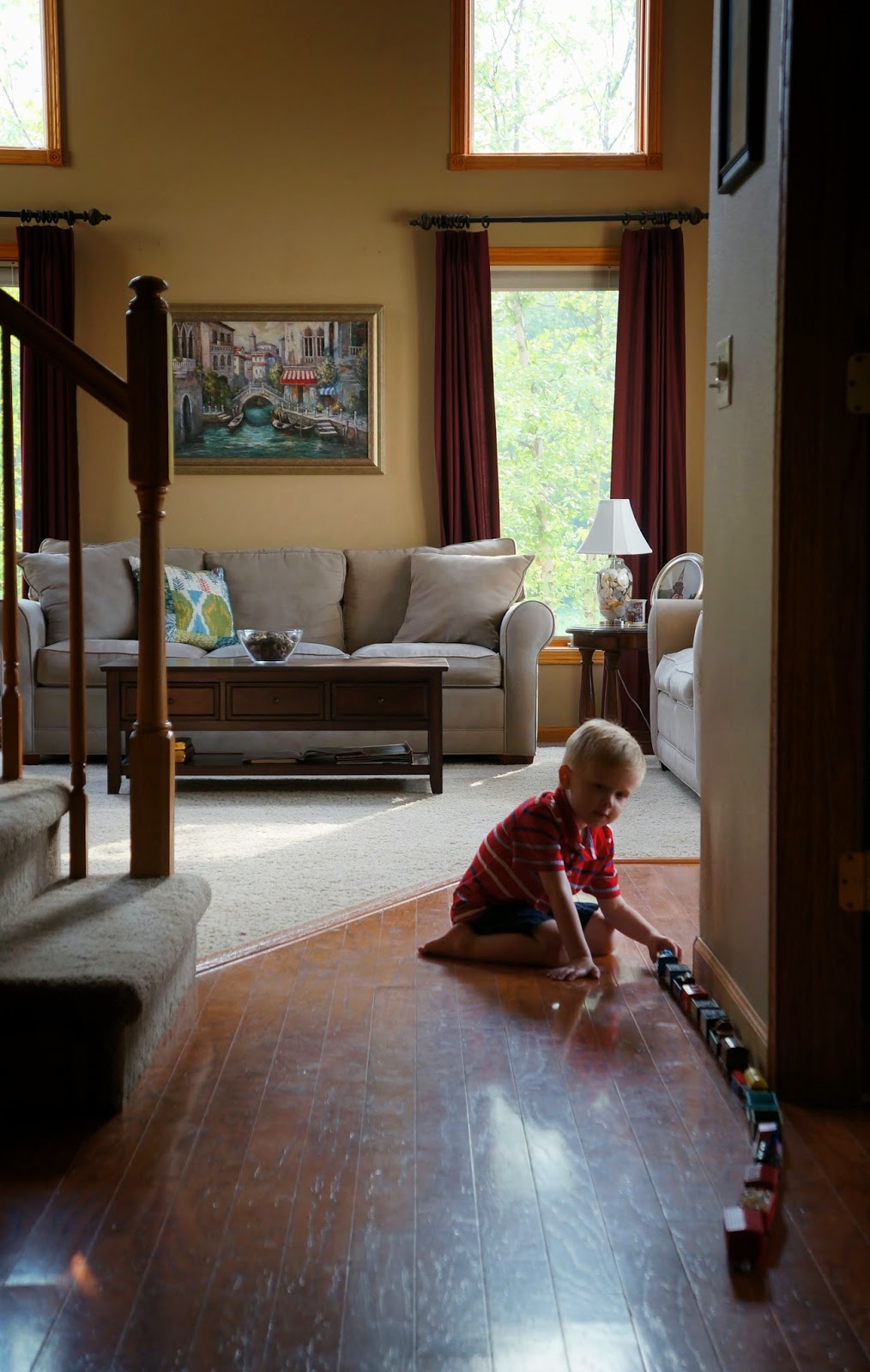 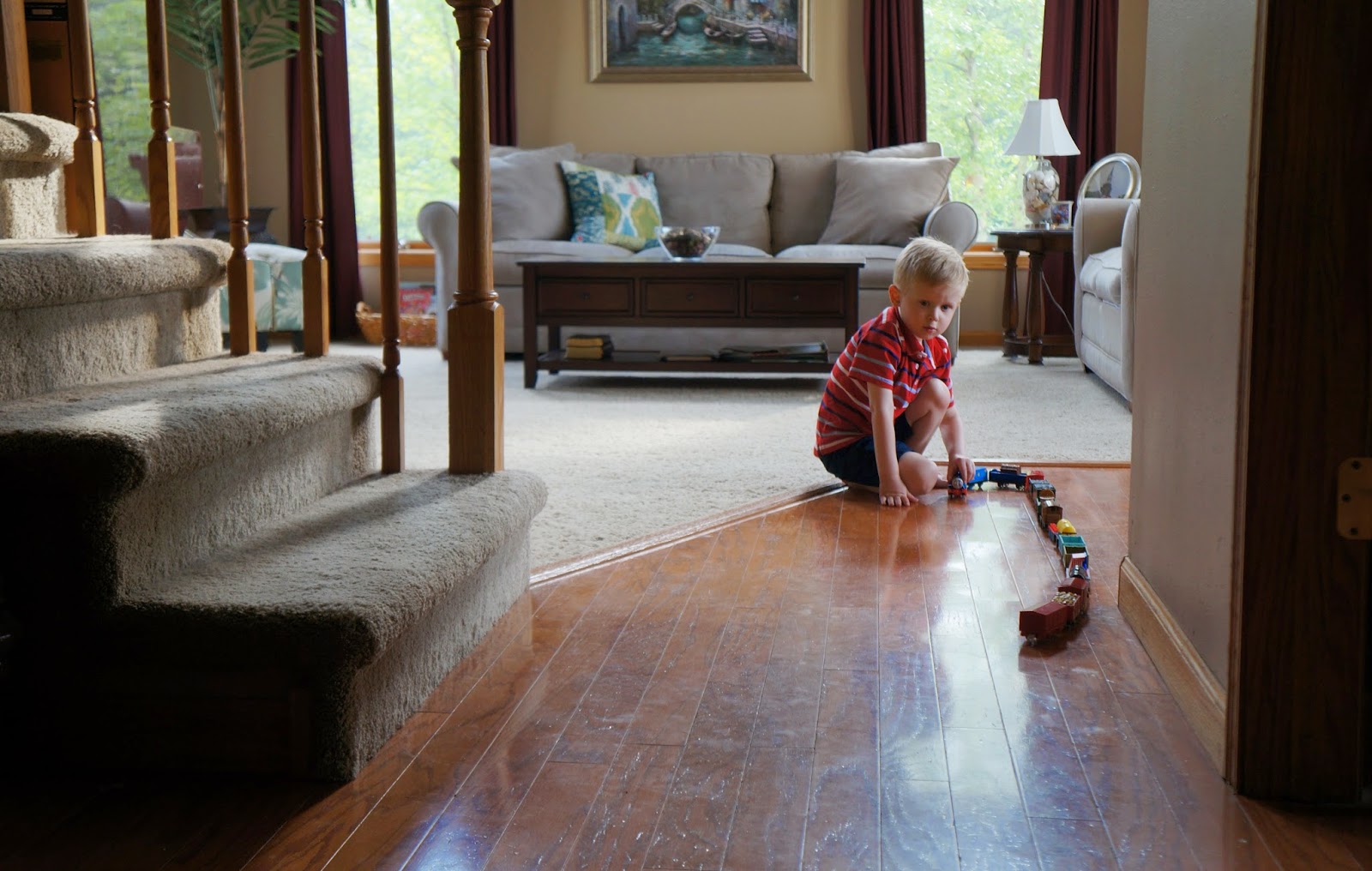 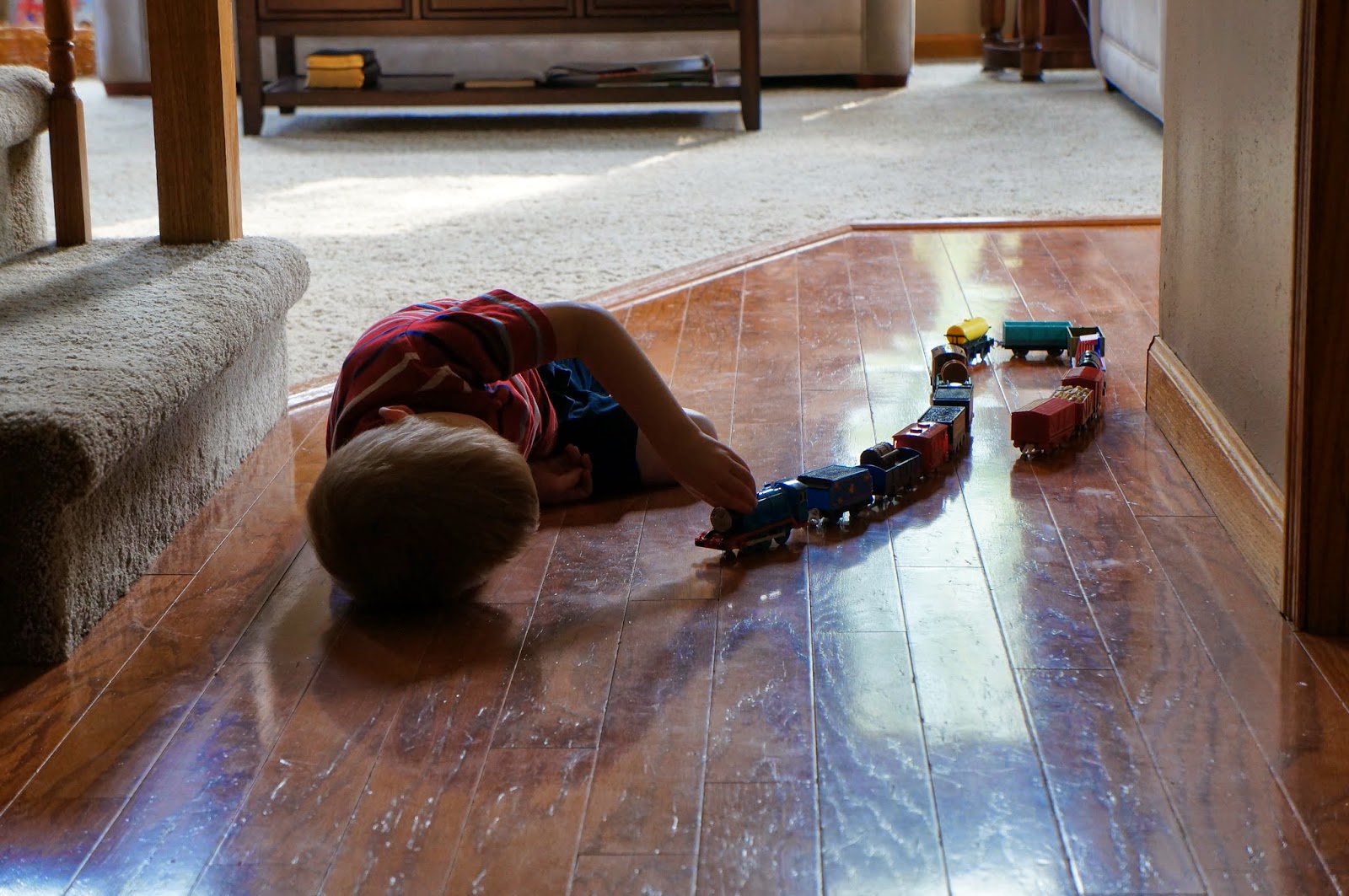 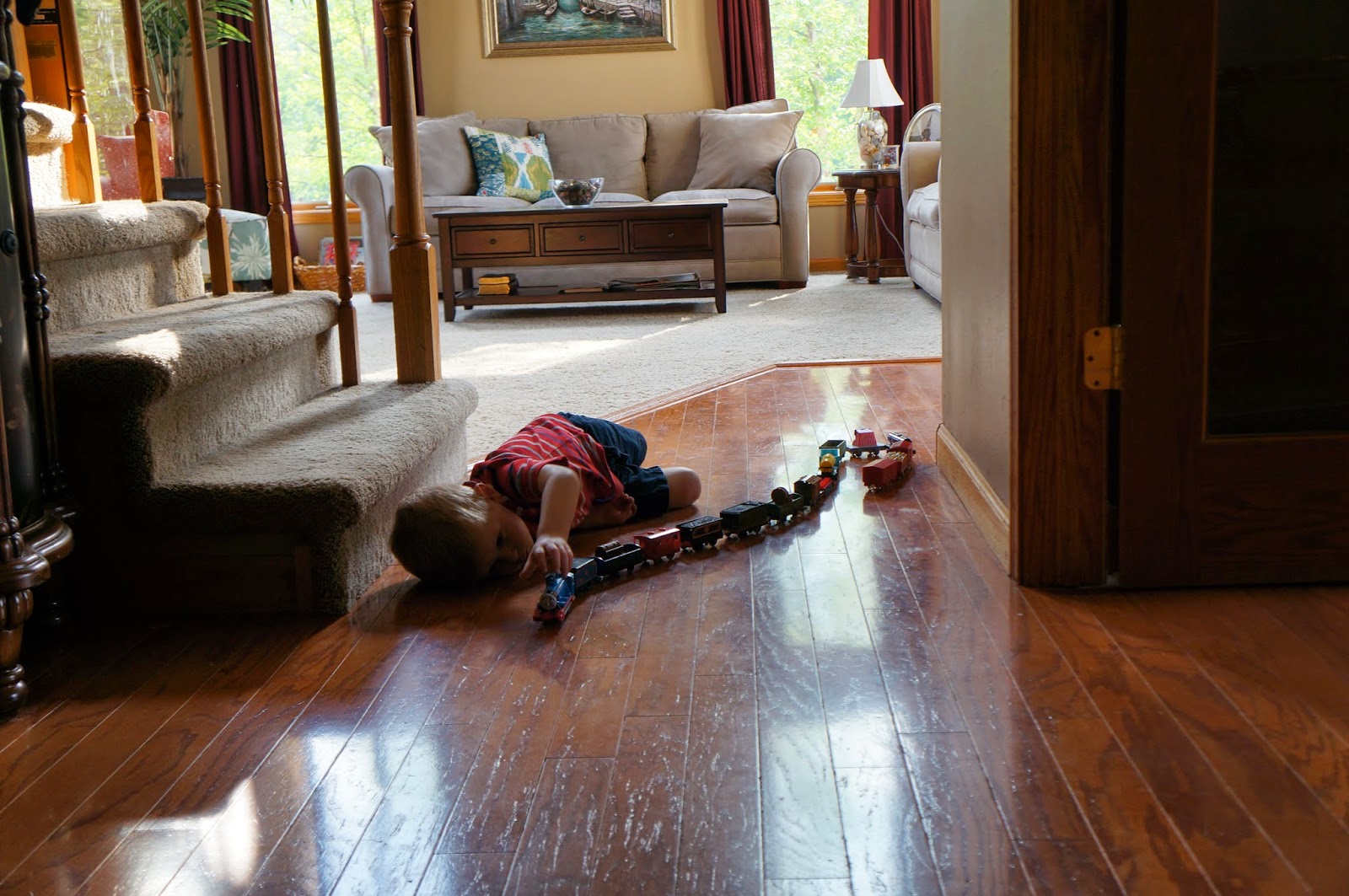 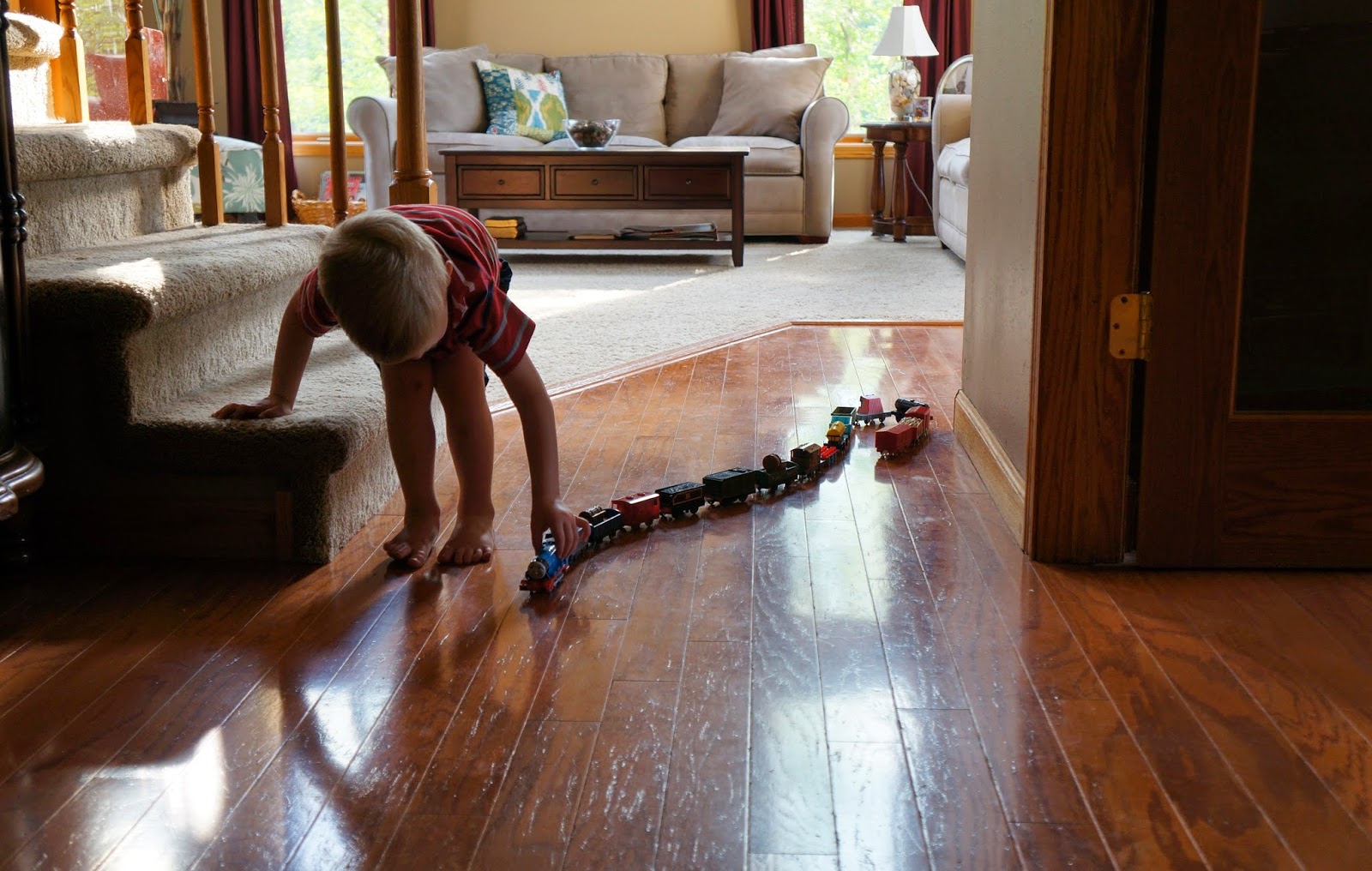 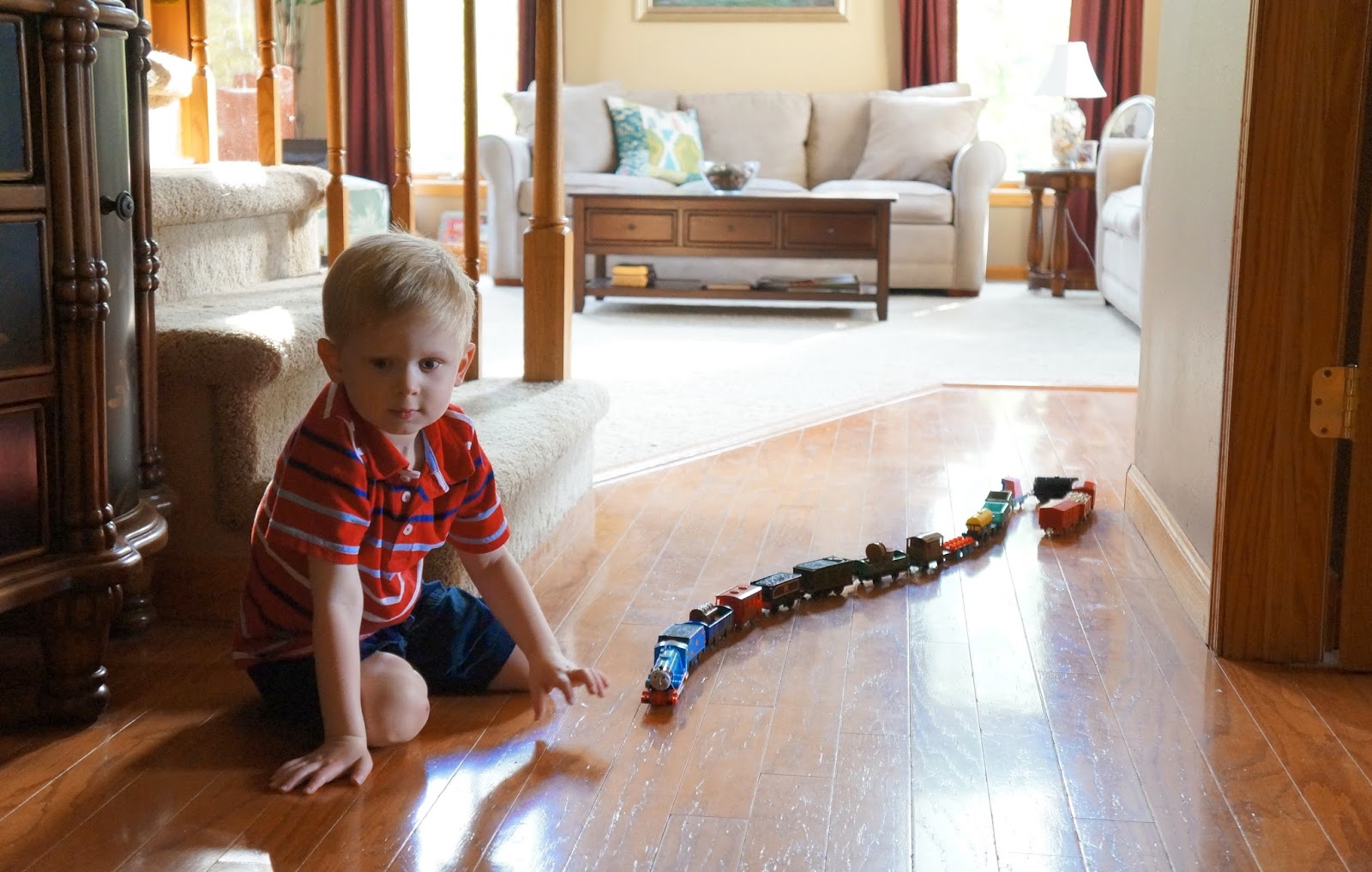 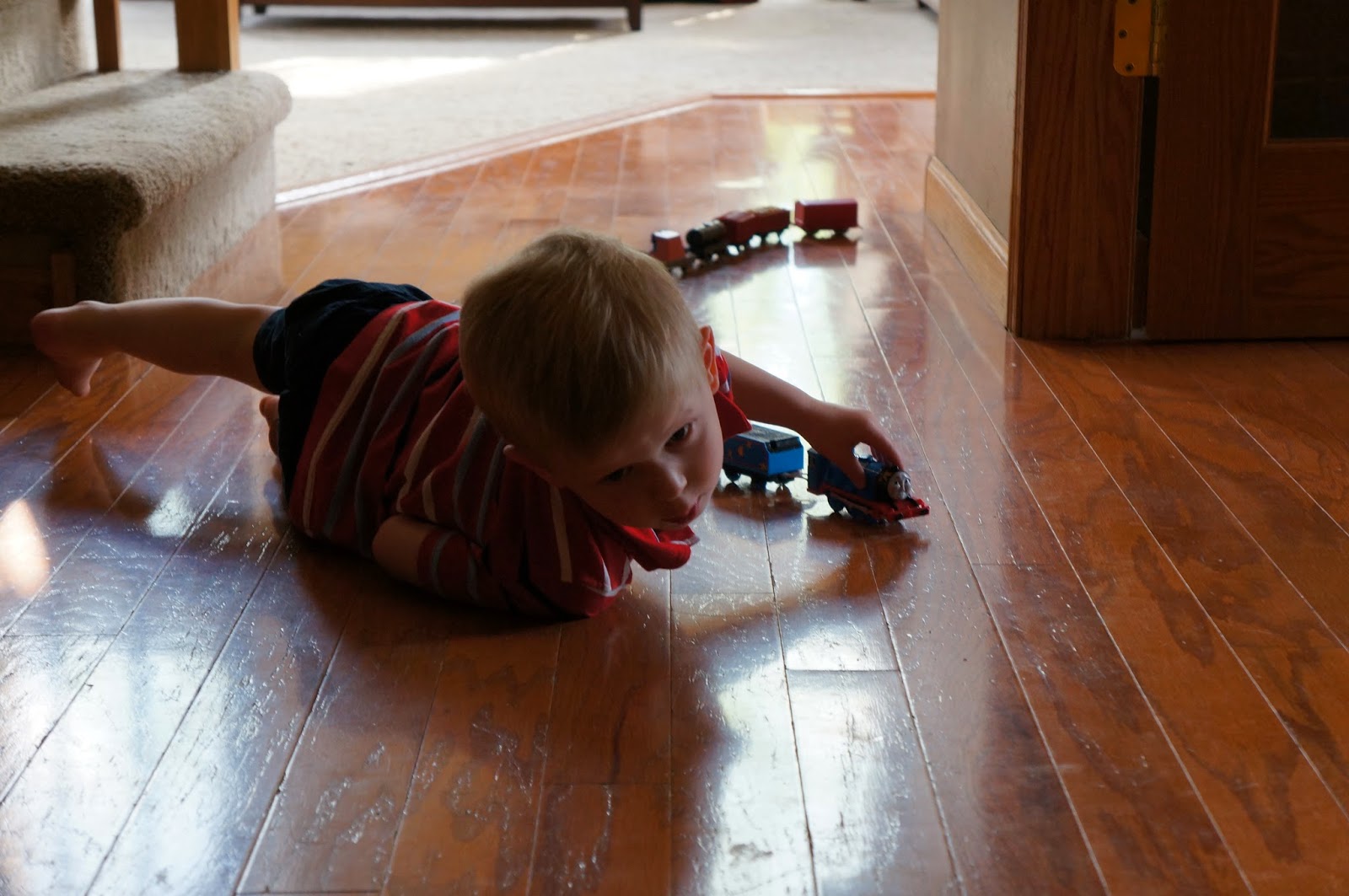 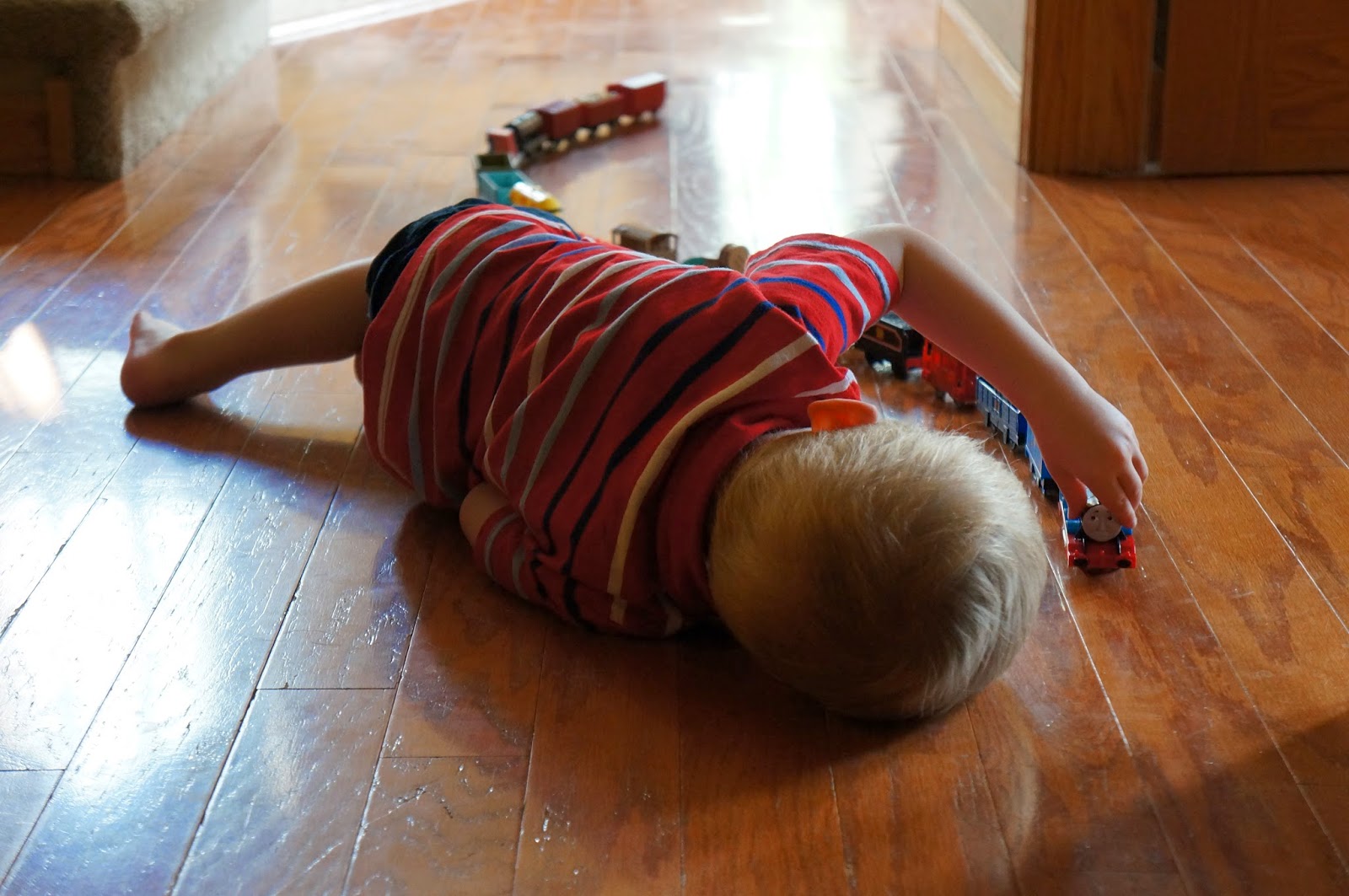 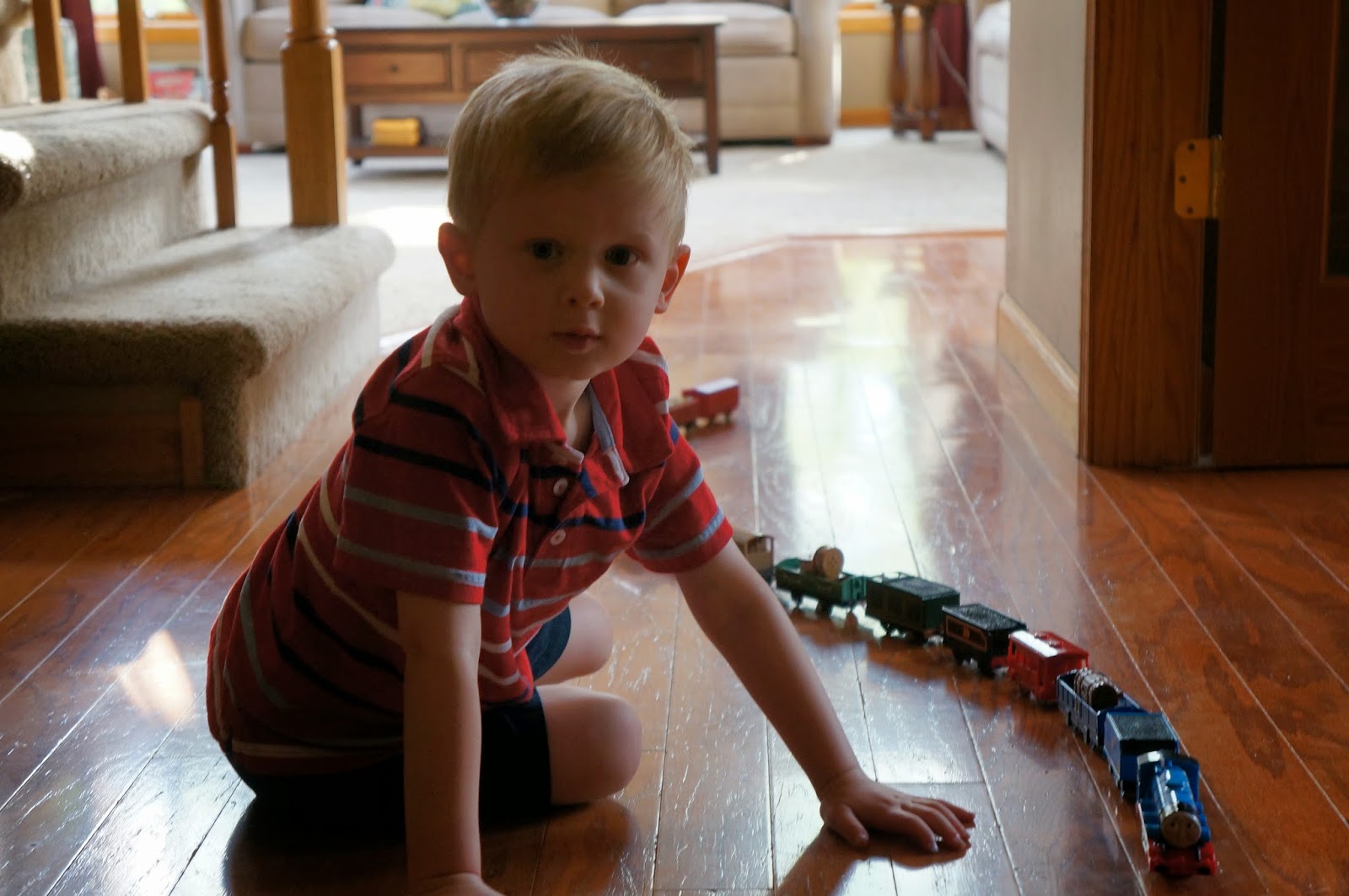 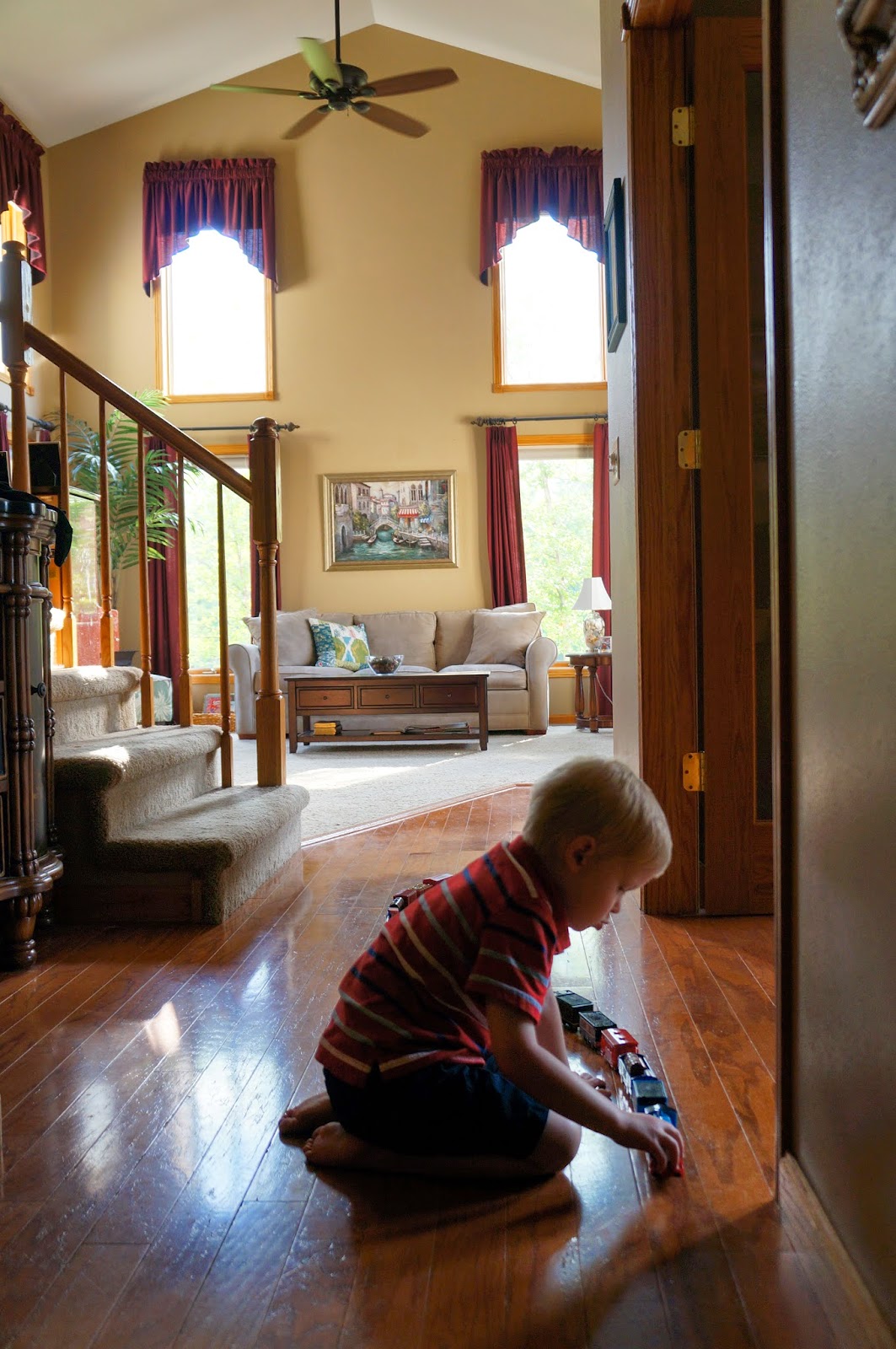 This was a particularly long train that he had a lot of fun with one day. 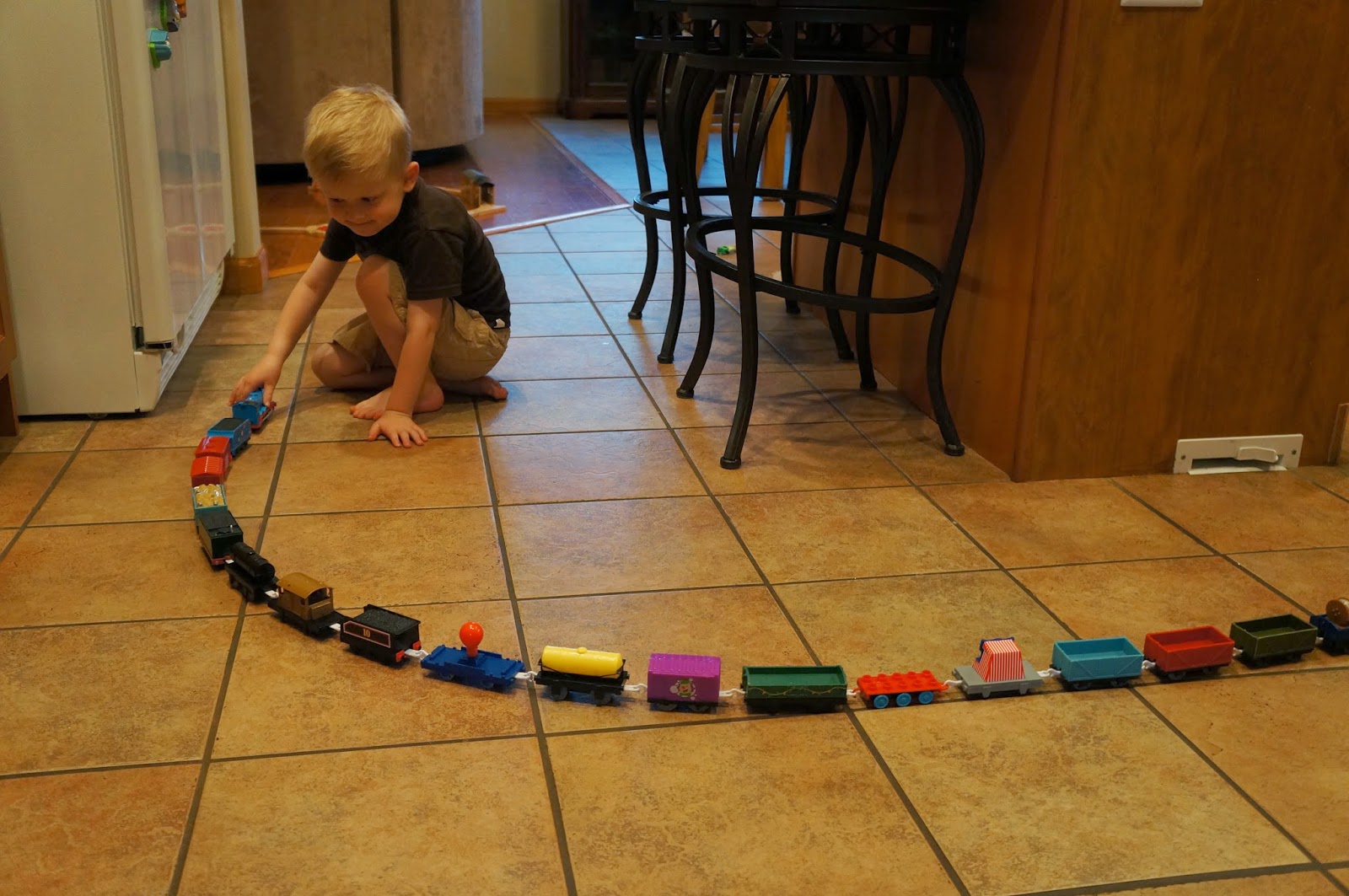 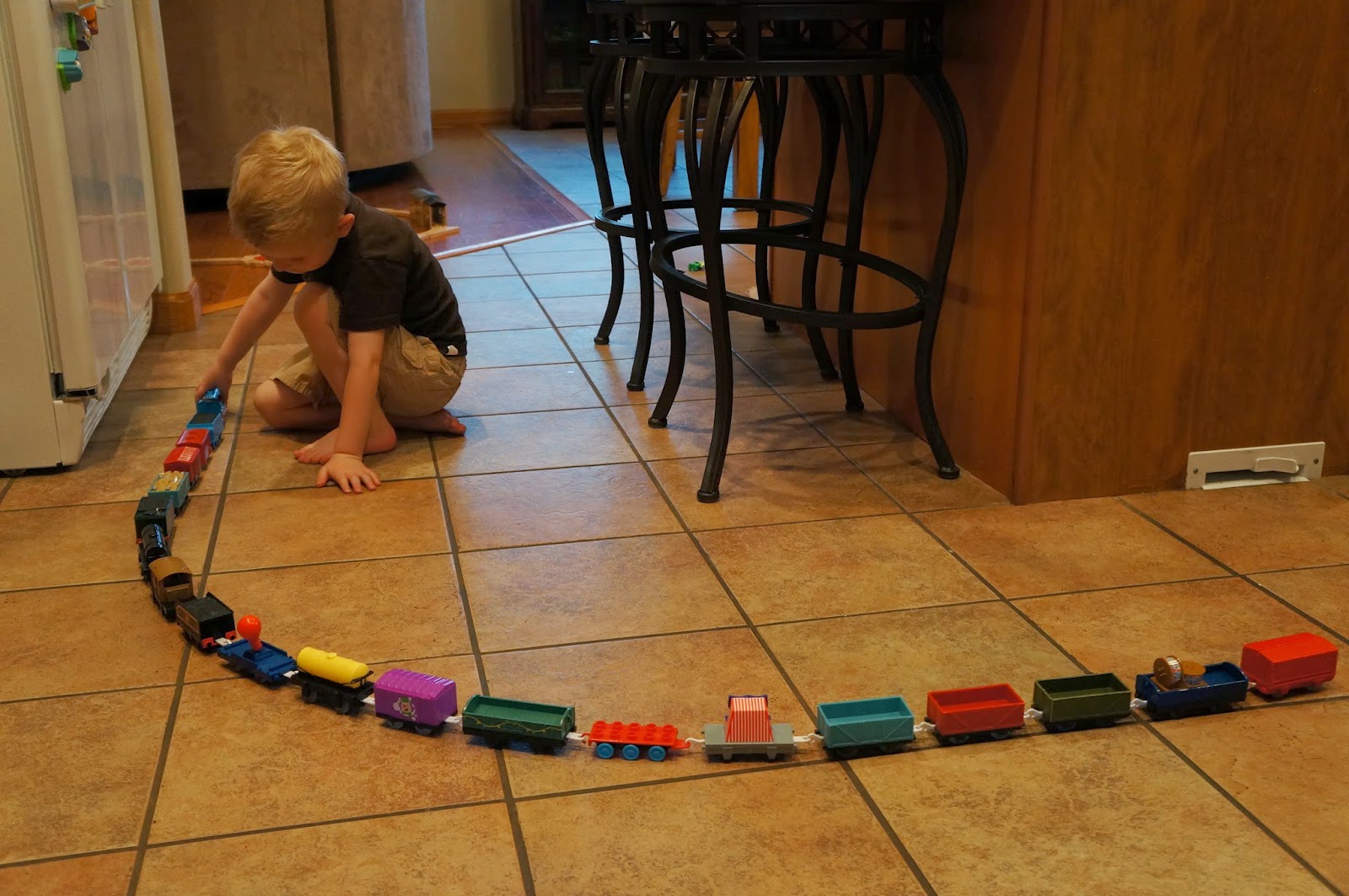 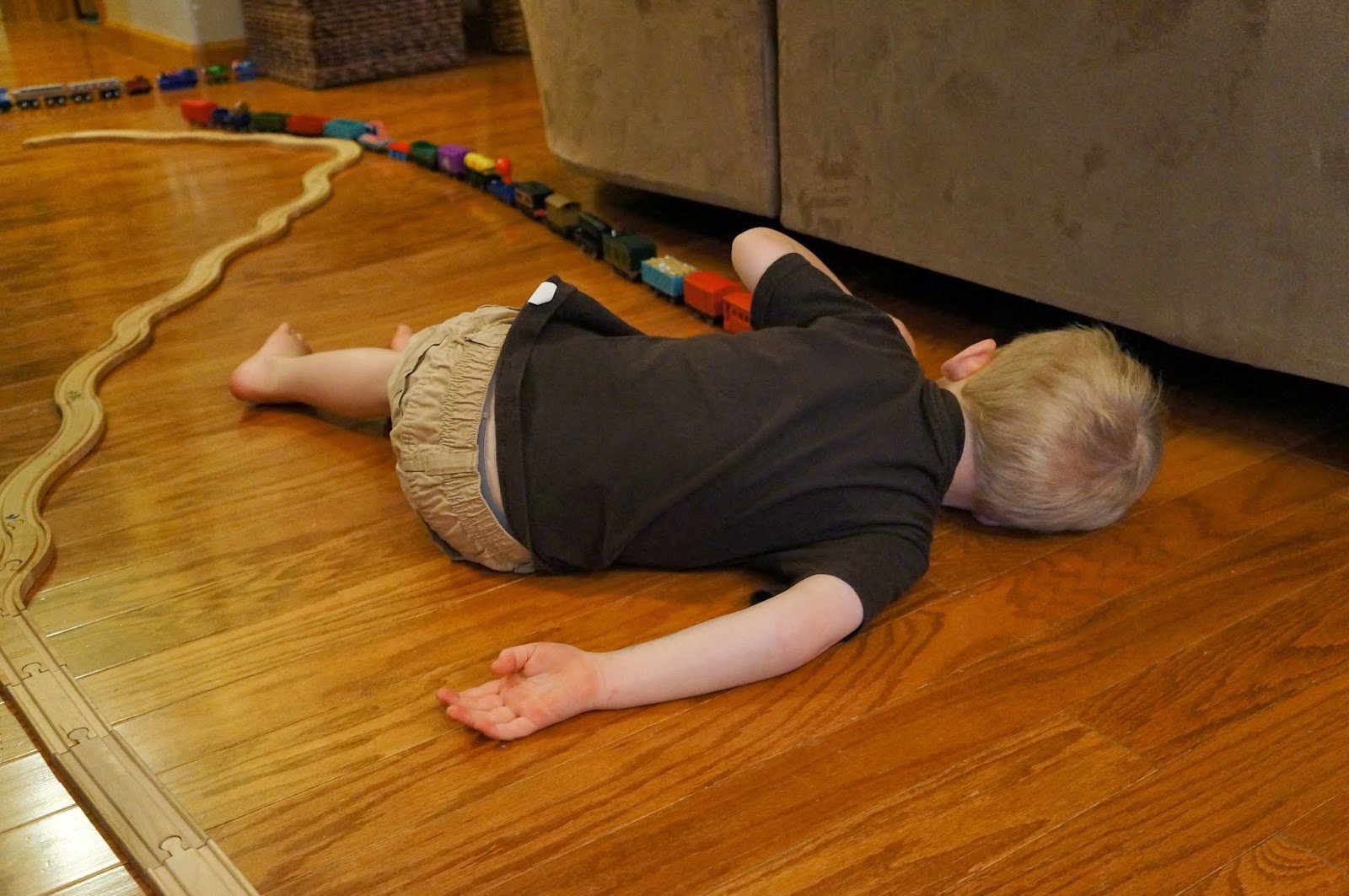 Here he was in Rhode Island last summer at Aunt Liz's house, playing with his cousin Rocco's trains and tracks. 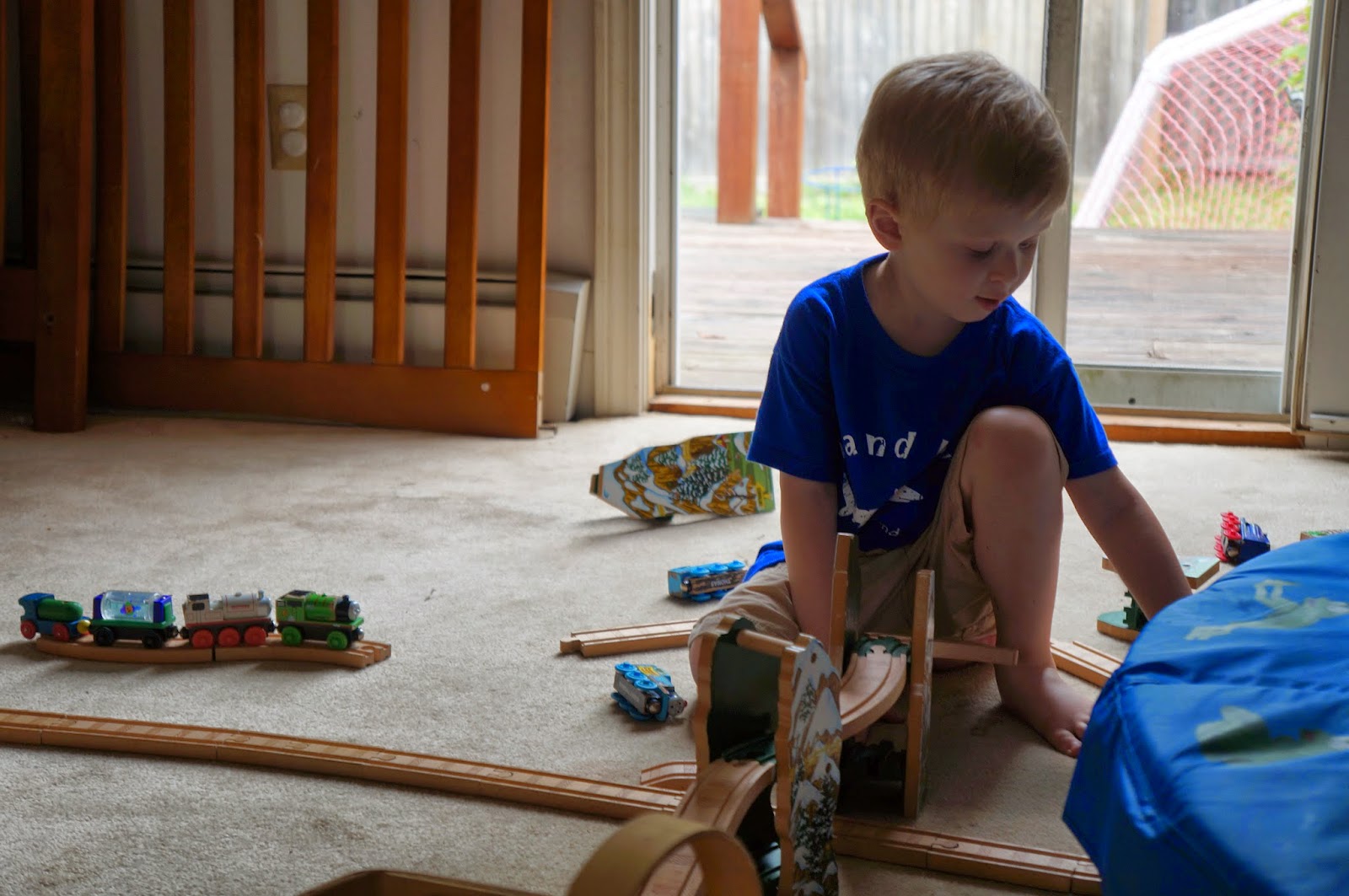 Now THAT takes dedication (and just a bit of obsession!). 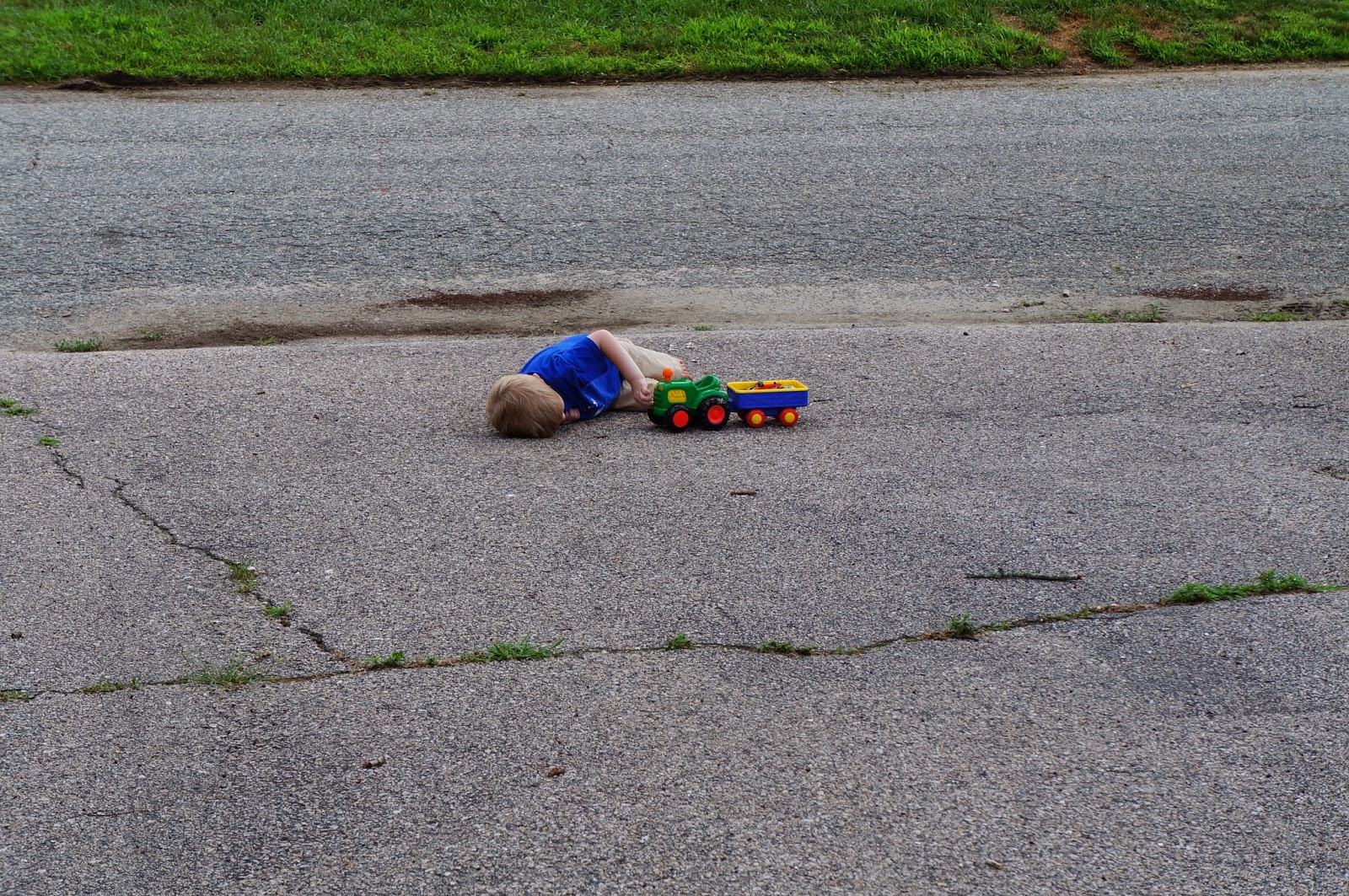 At the beach with a Thomas book that he swiped from Aunt Liz's house. 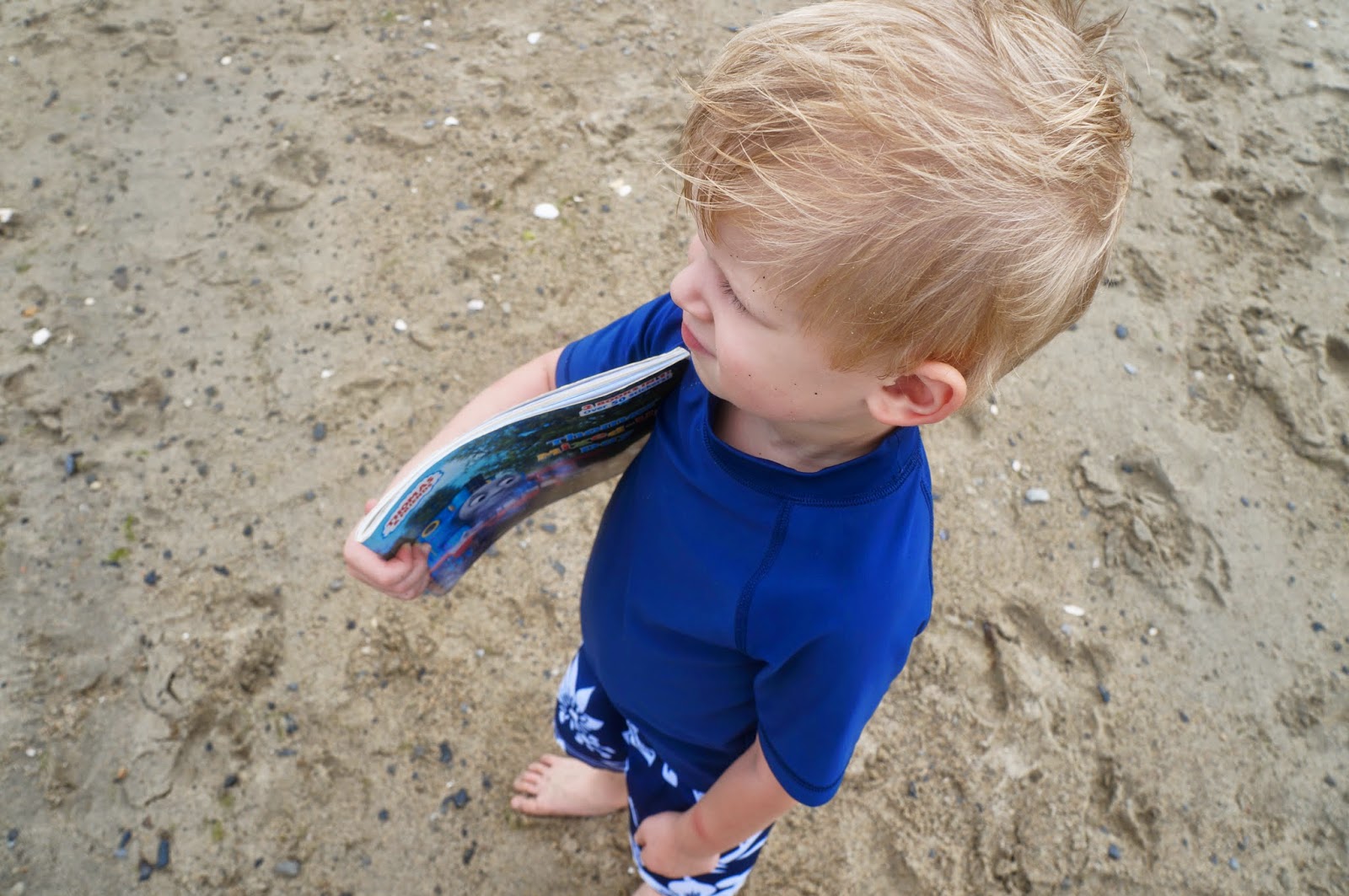 In Massachusetts at Grandma's house with a cheap little train set that he picked out at the zoo. 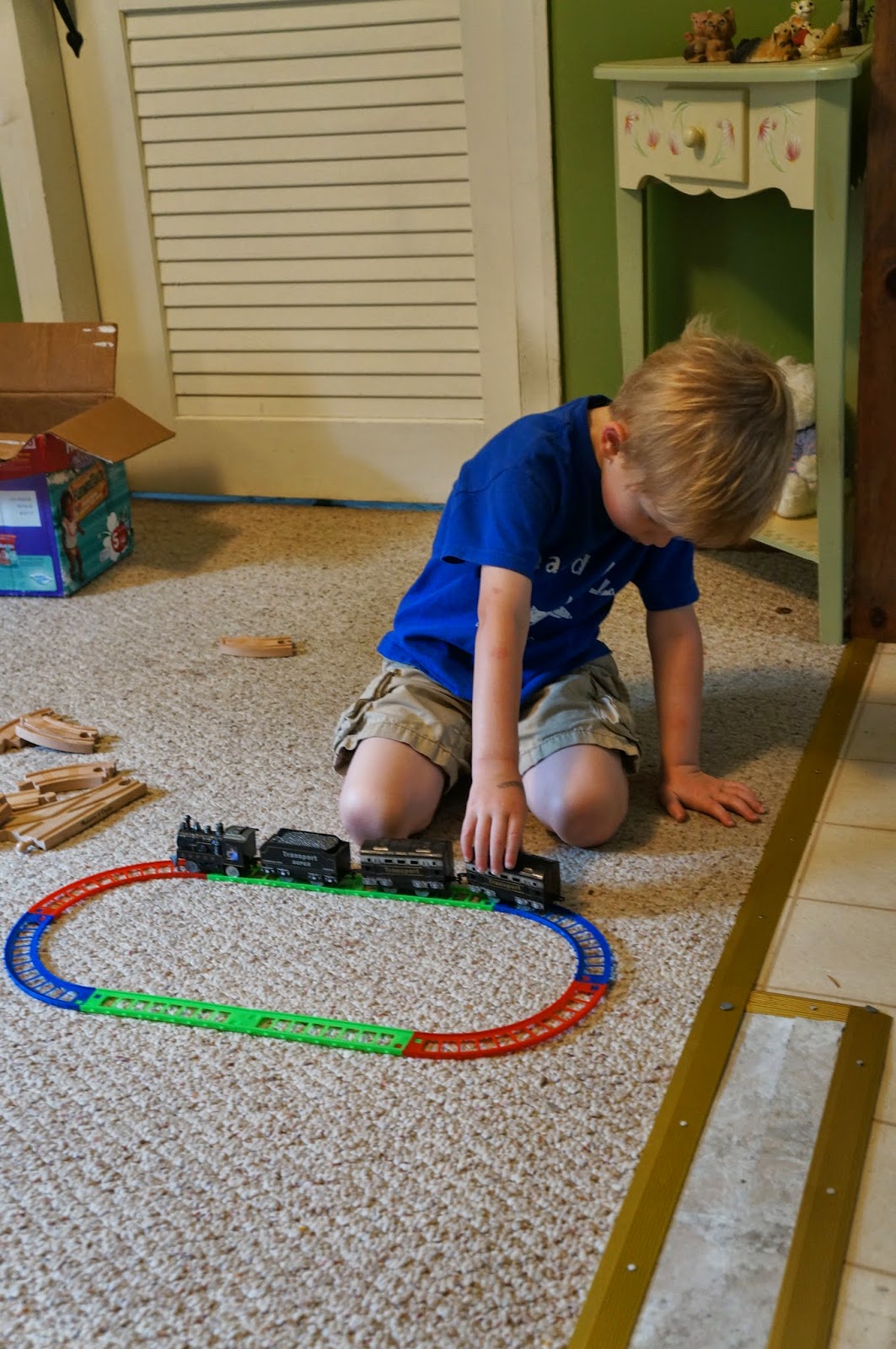 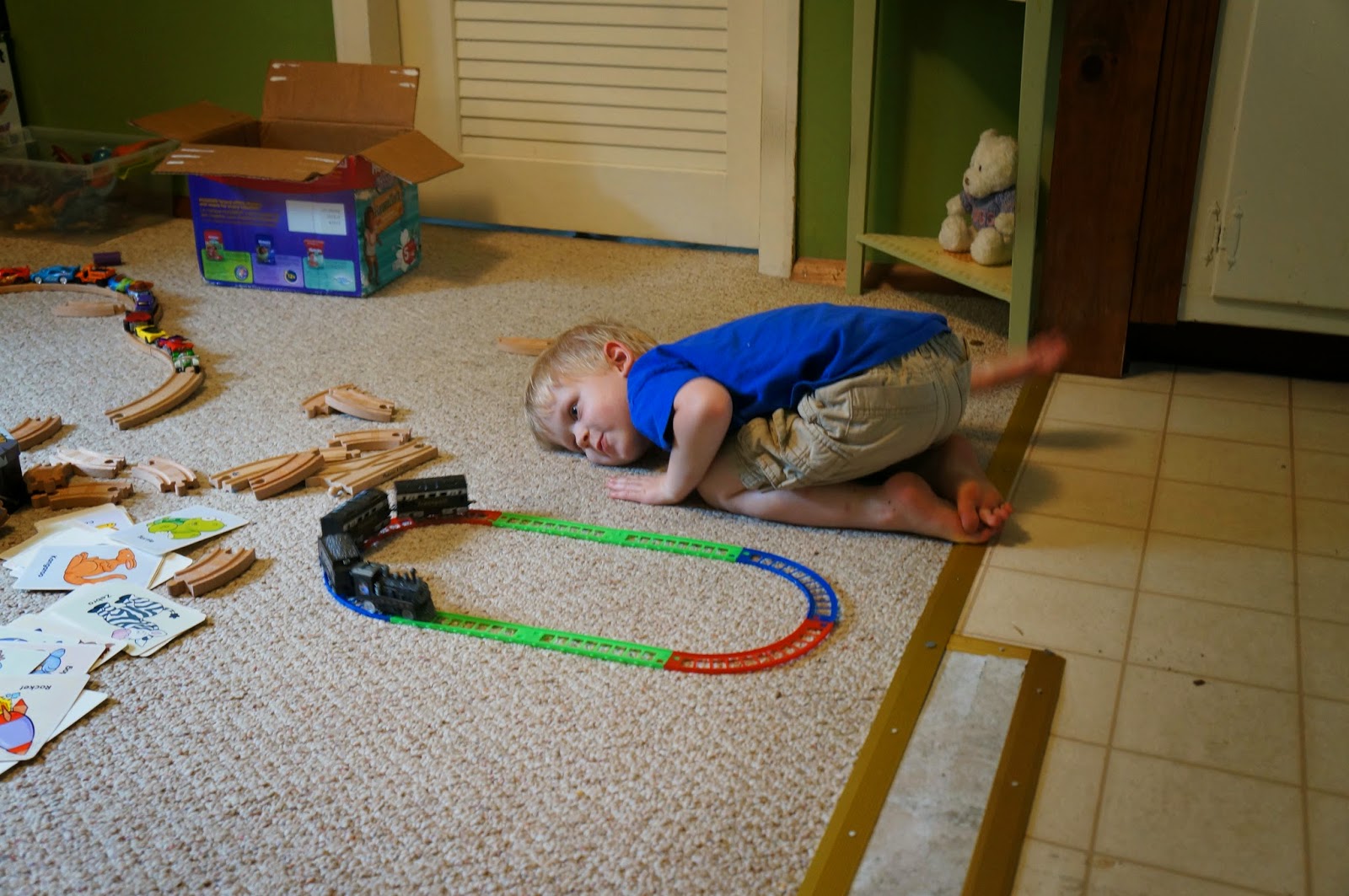 Random, but fitting: at the "Choo Choo Cafe." 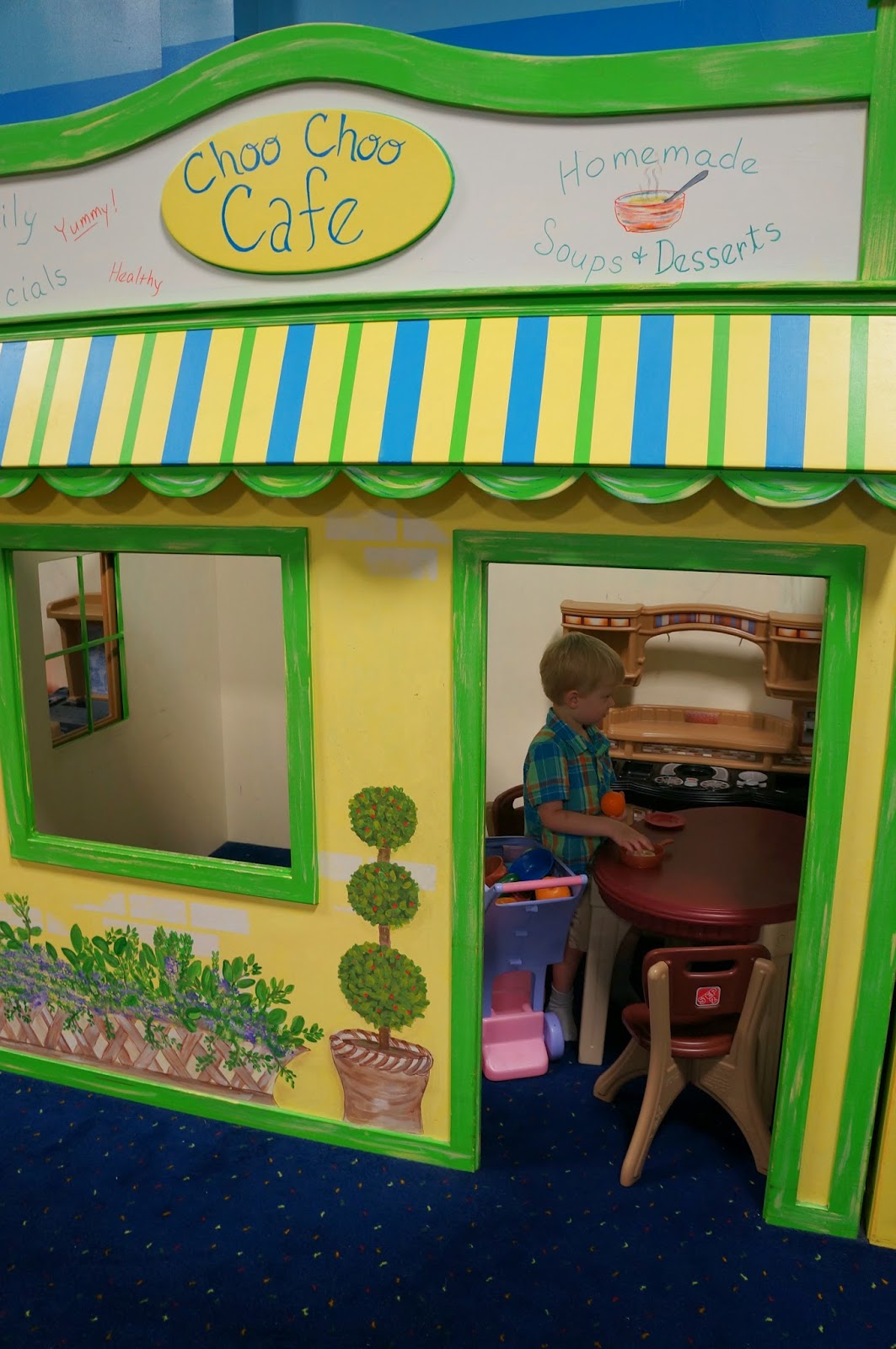 And this was just last week. He was so proud of a "hill" track that he built. I was impressed! 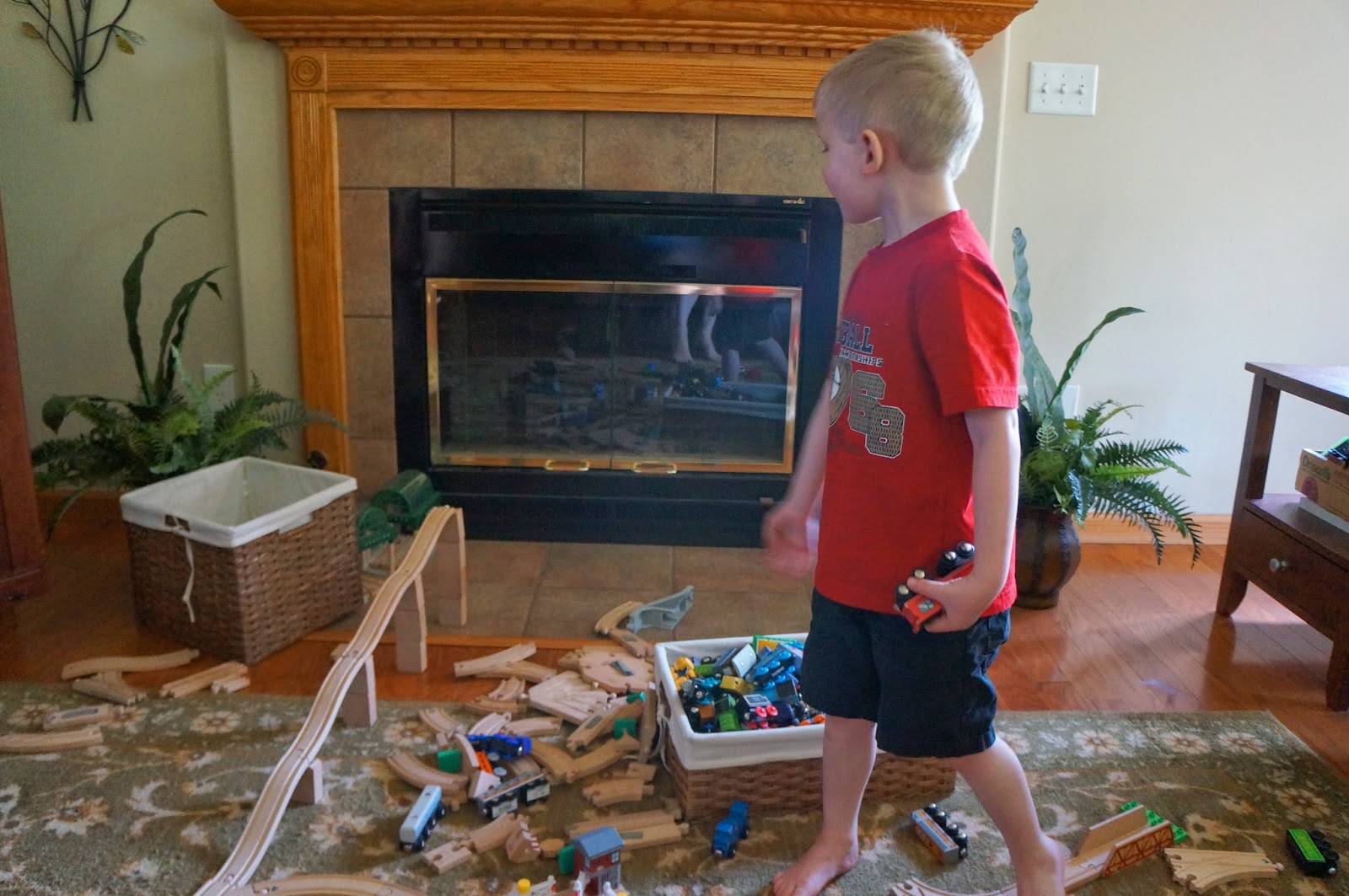 So Sam still likes trains, but not as intensely as he did a year ago at this time. It makes me a little sad when these fun stages start to wane. In the not-too-distant future, his love of trains will likely be a thing of the past. But I will have lots of pictures and trains and tracks to remember it all by.