Miscellaneous Things from the Week

1. Today is the 50th anniversary of John F. Kennedy's assassination. I've been watching the 4-hour American Experience special about JFK that recently aired on PBS and I've also DVR'd some other specials on PBS about JFK and Lee Harvey Oswald that I plan on watching soon.

I like JFK. I think he's what really sparked my interest in politics and government. When I went on a high-school field trip to the JFK Museum in Boston, something about the things that I learned there and about Kennedy himself really inspired me and got me interested in politics. I went on to major in Political Science at Penn and had aspirations to work in government in an administrative way, like with policy work or speech-writing. Also, for years I've felt a little bit of kinship with the Kennedys because of their connection to Cape Cod. We now own a house that's just a few miles down the shoreline from the Kennedy family compound in Hyannisport, MA.

He was a good person and a good president, even though he made some major mistakes, like ignoring what was going on in the South with civil rights because it wasn't convenient for him at the time, mismanaging the Bay of Pigs debacle in Cuba, and all that womanizing. But he was so good in the Cold War, and he wasn't really partisan like so many other politicians were and are. He was smart, good-hearted, and a strong leader. Good-looking too. :-) It's a tragedy that he was shot and killed when he still had a lot of potential and so much to offer. Who knows how different things would have been in history if that hadn't happened. 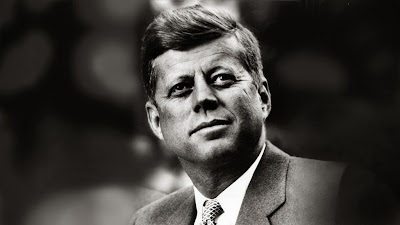 2. This was a big week in history, because it was also the 150th anniversary of the Gettysburg Address. There's a very talented documentary-maker named Ken Burns (he does a lot of documentaries for good old PBS) who recently started a website about memorizing the address, and I've decided that I'm going to do this. These days more than ever we Americans need to know and understand the principles laid out in documents like the Gettysburg Address and the Constitution.
http://www.learntheaddress.org 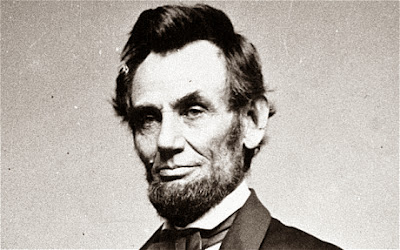 Incidentally, a few days ago I found out that someone I know is a descendant of Abraham Lincoln. This person is very tall and especially brilliant, just like Lincoln. I think this is so cool!

3. President Obama awarded the Presidential Medal of Freedom to various recipients on Wednesday, including Bill Clinton and Oprah Winfrey. The ceremony made me tear up a little (because I'm  dorky like that). It was nice to see Oprah again. I still miss her show. I don't think she should have ended it when she did. I bet if she hadn't she'd still be going strong in the ratings. 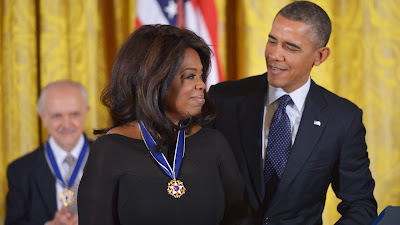 4. Speaking of ratings, I had another random ratings spike on the blog here this week. From 97 views to 622 in a day--not bad! When this happens I'm always curious about what exactly causes these spikes but I can never figure it out.

5. I've been perusing the seemingly hundreds of catalogs flooding my mailbox and I came across the funniest product. I was drawn to the caption for it: "The Power Nap Head Pillow" because I'm a fan of power naps. But when I saw the pictures, I laughed and laughed! 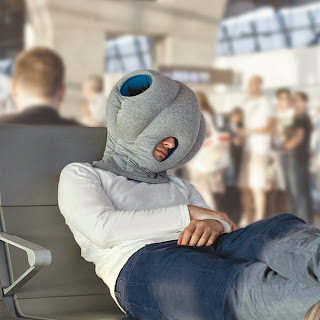 Can you believe how goofy-looking this is? What's even better is that it appears this picture was taken at an airport. Can you imagine seeing someone resting with this around their head at an airport!? Much less anyplace else! Sooo funny! 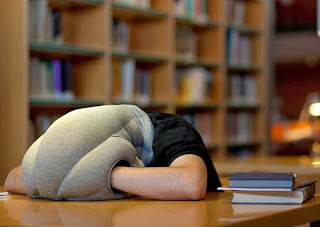 And this isn't a funny joke kind of product. It's from the Hammacher Schlemmer catalog and it costs $100. It was designed in Spain, where daily afternoon naptimes are a national pastime, so it's fitting that it was designed there. But I have a feeling that this isn't going to catch on here in the U.S. It would be pretty funny if it did though!

6. I want to get this ugly Christmas sweater from Target. Alas, it's already sold out online. I should've gotten it a few days ago when I first saw it. 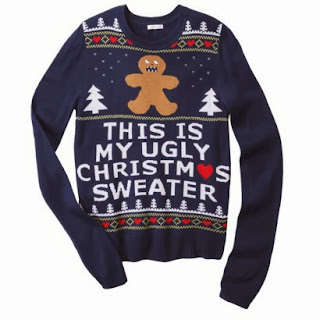 Ugly Christmas sweaters are hot and I want one!

7. I've been watching PBS Masterpiece Classic's newest show The Paradise this week. It's so good. I really do love PBS and Masterpiece Classic! The quality of their shows is much better than most of what's out there. The Paradise is set in London in the late 1800s/early 1900s at a fancy department store. These British dramas suck me in with their good writing, compelling storylines, wry humor, historic details, and rich vivid cinematography. The show's already been renewed for Season 2 (and is actually airing right now in England). 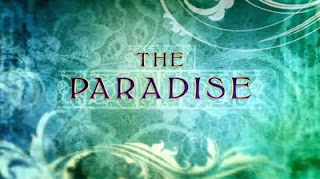 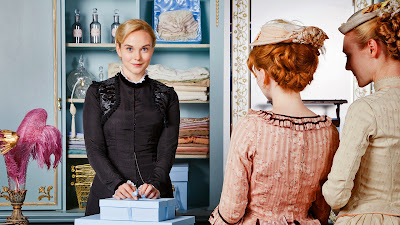 And only about six more weeks until Downton Abbey starts again. Yay!