On a recent morning this fall as we were waiting for Sam's bus to come pick him up for preschool, he was riding around on his tricycle and I had my camera, so we had an impromptu photo shoot that was surprisingly successful. He was full of smiles and laughs that morning, and it was all thanks to one word. A word that begins with the letter "p." Any guesses? Going once, going twice...poop! Poop was the magic word! All I had to do was say "poop" and he'd burst into giggles, or instead of saying to him "Say cheese!" I'd say "Say poop!" and he would laugh and laugh. What can I say? (Other than "poop.") Sometimes you have to sacrifice a bit (or a lot) of class in order to get the best results when it comes to your kids! 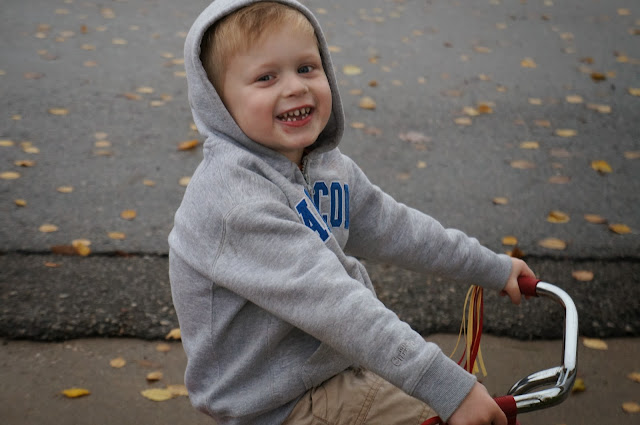 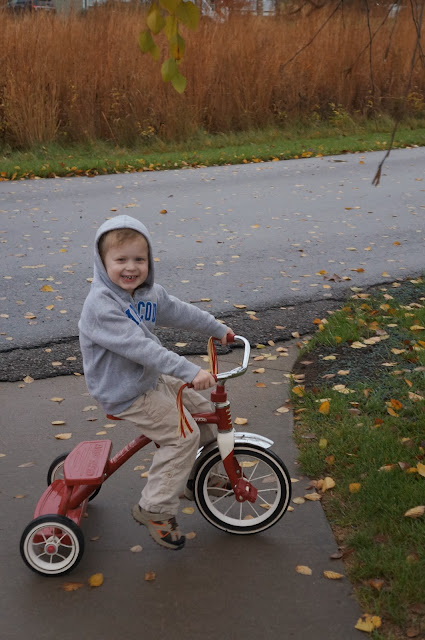 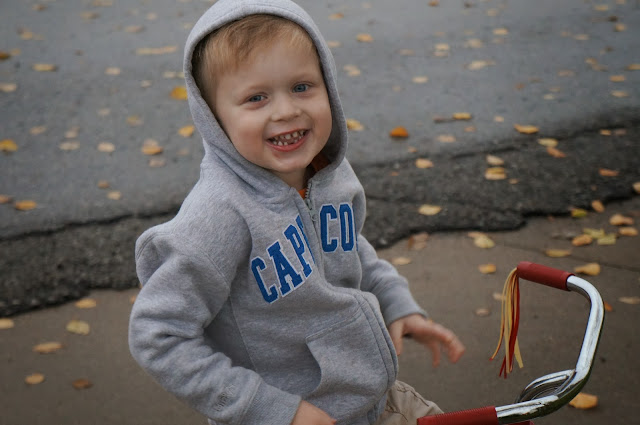 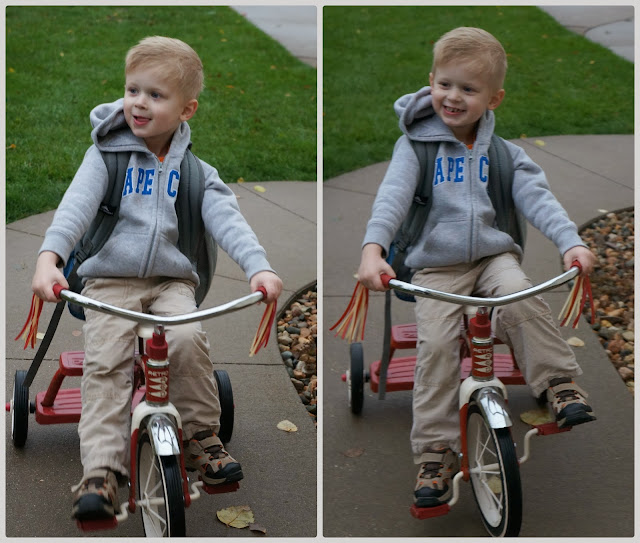 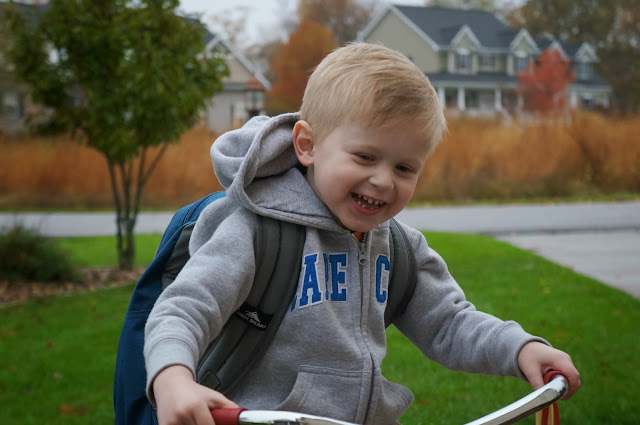 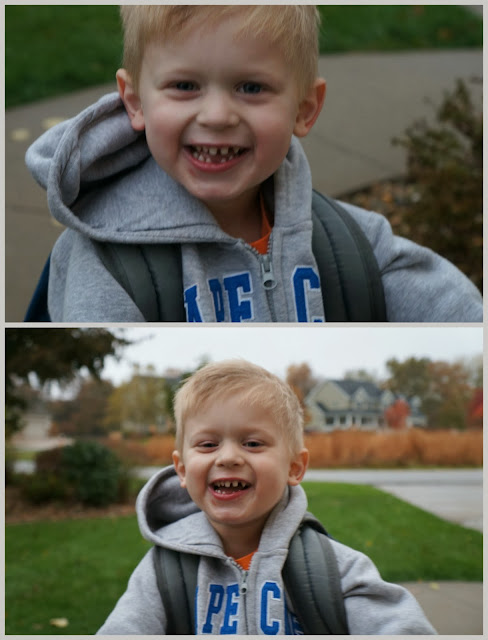 I think these are my two favorite pictures: 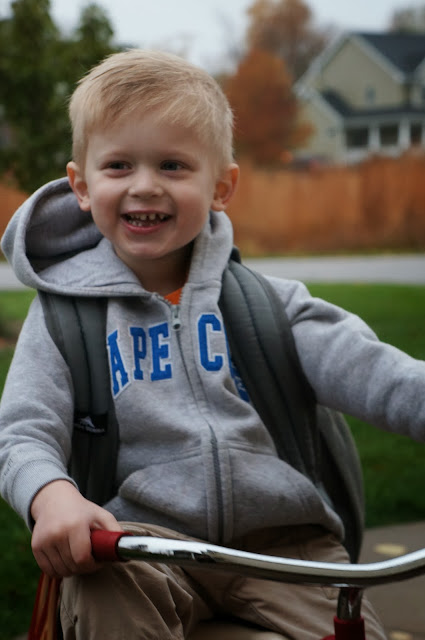 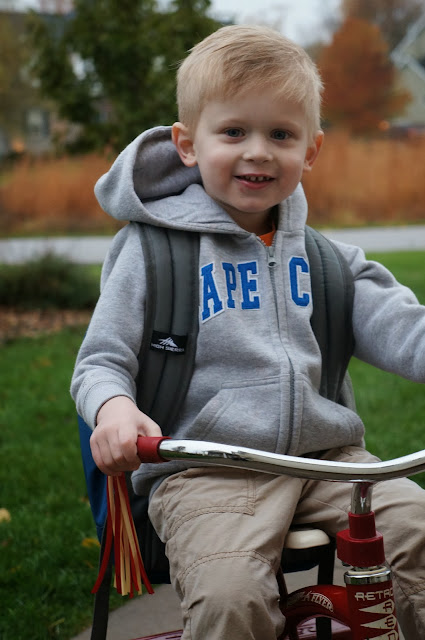