1. It's one of my most favorite weekends of the year! General Conference! We have the BYU Channel so we're able to watch all of the sessions from the comfort of home, from all three floors of the house if we want. How it fills our home with the Spirit and motivates me to do and be my best. I love it!

2. We closed on our Cape house last week! We now officially own our own place on Cape Cod, Massachusetts! I am so happy and excited about this! (Obviously! Look at all those exclamation marks!)
It wasn't easy to buy this house. I re-named Wells Fargo "Well Fart-go" because they acted like old farts and made it really difficult for this to happen. It's hard enough to buy a house, but when you buy a second house, it all gets taken to a whole new level of difficulty and ridiculousness. We almost weren't able to make the closing date because of Wells Fartgo. But we did, and it's done. (And maybe I should stop calling them that now, but I won't because I think it's funny!)
Peter did almost all of the work for the mortgage and attorney and pretty much everything else, on top of his very busy insurance exec job, and I'm so grateful for all of his hard work. He's a wonderful, smart, hard-working man and I'm lucky to have him for my husband. It was his idea for me to go back East next weekend to do some work on the house and buy things for it that it needs. I'm so excited! I've never been on the Cape in the fall, and it will be in a place of our own. This is such a blessing for us. I'll do a post about the house soon with lots of pictures! 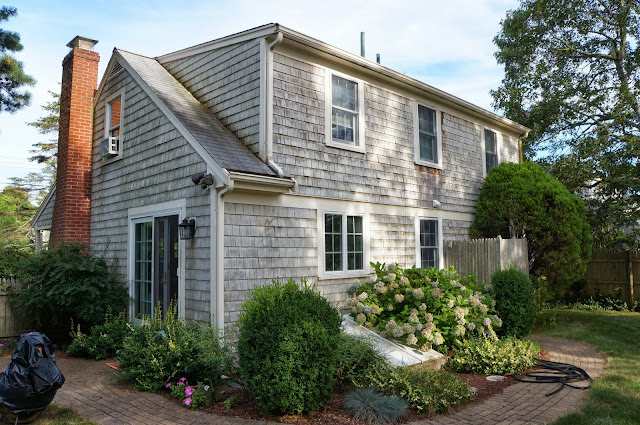 3. Lest you think I lead a perfectly charmed life, I most certainly don't. Here's proof. Tuesday, October 1st was a beautiful day, and I decided to read outside on the front porch for a little while to take advantage of the lovely weather. I sat down on the loveseat with my book and when I put one of the toss pillows in my lap to rest the book on, a DEAD BIRD that must have been wedged right behind it practically fell into my lap. It was completely horrifying! It wasn't that little either! I yelled "HOLY CRAP!" (kudos to me for not letting something more "colorful" slip out in my panic) and I jumped up so fast and ran inside. I avoided the front porch for the rest of the day (honestly I've avoided it for the rest of the week), and I think it's going to be awhile before I'm ready to sit on that loveseat again. It was truly haunting, which perhaps was a fitting way to start the month of October. By the end of the day, the dead bird was gone, so now it's probably in the yard somewhere (thanks to the dogs), which makes me nervous to walk around in the yard too much. And this morning I found a small dead bird by the front walkway. What the heck is going on!?

4. I am a planner who likes to get things done early and cross them off the to-do list, so I start feeling a little anxious if my kids' Halloween costumes aren't bought by the beginning of October. I have visions of rummaging through the leftovers in stores and online in mid-October and the kids not being able to be what they wanted. I'm not a seamstress or a crafty person so making their costumes isn't really an option that I've ever wanted to pursue, so buying early feels like a must for us in order to avoid disappointment or the dreaded needle and thread (or in my case, duct tape and hot glue gun).
This year the boys have kept on changing their minds about what they want to be, which was a little annoying because I wanted to buy the costumes in September and be done with it, but this week they made their final decisions and so yesterday I ordered the costumes and they should be here next week. Phew! John is going to be Superman and Sam will be Thomas the Tank Engine. I thought it would be really cute if John dressed up like Sir Topham Hatt so that they could have a cute costume theme together, but John was having none of that and thought it was my dumbest idea ever. His indignation was so funny! 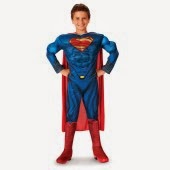 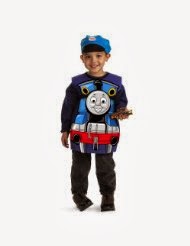 5. One of my Top Ten places to visit in the world is the Great Wall of China, so this story in the news this week caught my interest. Justin Beiber (or Justin "Beaver," as John unknowingly calls him) visited the the Great Wall and had two of his bodyguards carry him up! Seriously!? Part of the thrill of going to the Great Wall of China is walking the ancient steps yourself! It's so diva-like and silly to be carried that it's just really funny to me. Maybe he was pretending to be an emperor (the title of the article, which is in the link above, is "All Hail King Justin!"), or maybe he was genuinely tired (in which case I'd probably want to be carried too), or maybe he's just a lazy diva. Celebrities!! They can be so entertaining. I guess that's their job!

I hope you have a great weekend!