We adopted our two cats, Brody and Bentwood, from a shelter in Hartford, Connecticut seven years ago when we moved into our house in CT and found that it had quite a mouse problem. They had been rescued from homelessness (Brody was part of a litter of newborn kittens that was found outside in the freezing winter; he was the only one to survive). I think it's nice for animals to have a playmate of their own species, which is why we have two cats and two dogs instead of one of each. I'm also a big-time softie when it comes to separating animals who have grown attached to each other in a shelter, which Brody and Bentwood had done, being fostered in the same home together.

So Brody and Bentwood are lifelong friends, and just like our dogs, they like to tussle and wrestle with each other. I get a kick out of it when they do this, with their stalking and meows and yelps and little tufts of fur going flying. These are some pictures I took recently of one of their catfights. It was very entertaining! 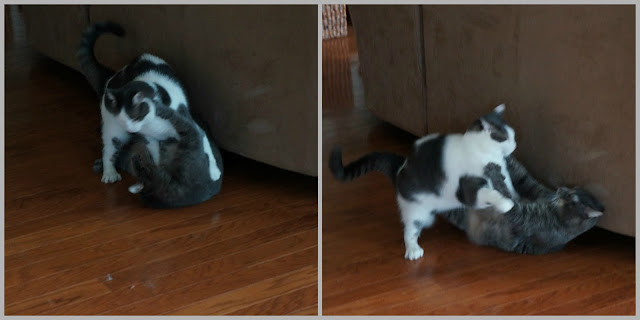 Brody is batting at Bentwood's face, goading him on... 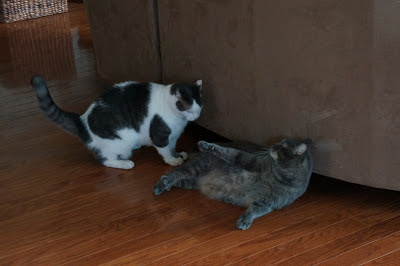 ...which Bentwood is totally falling for. Look at his face; he's ticked off and ready to pounce! 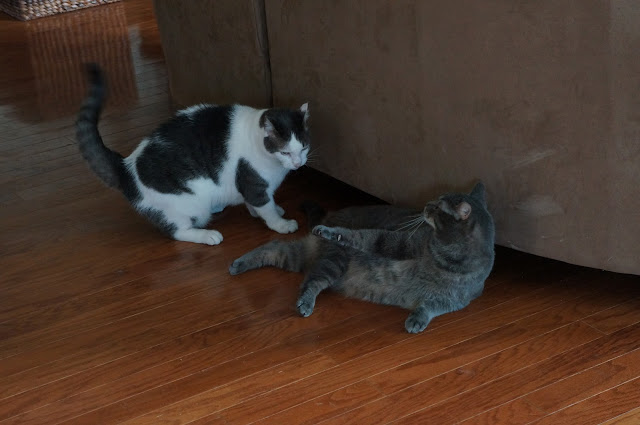 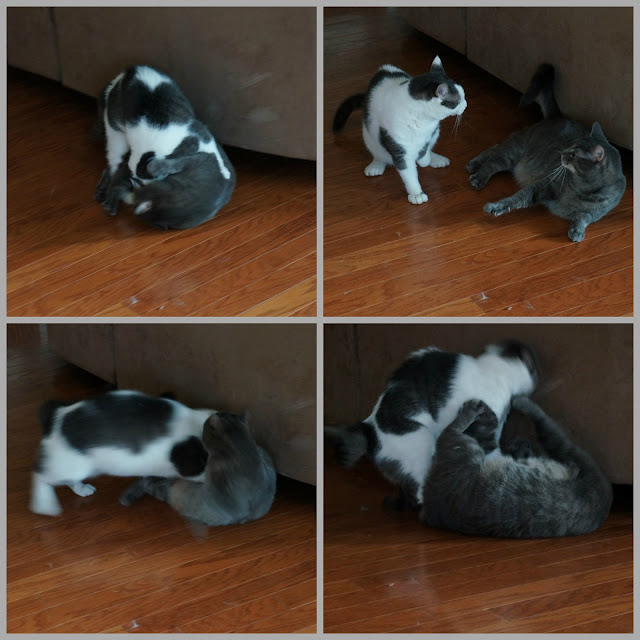 And then, suddenly, it's over. Bentwood says: "My work here is done. I am the victor." He always thinks he's won. He's the bigger, fatter, more dominant cat, while Brody is the smaller, faster, younger one. 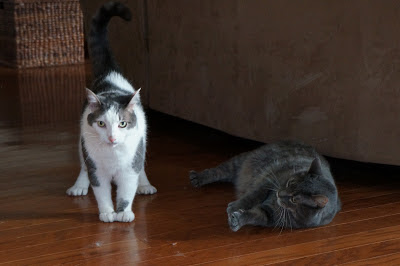 Cue the Celine Dion: "All by myself, don't wanna be, all by myself..." 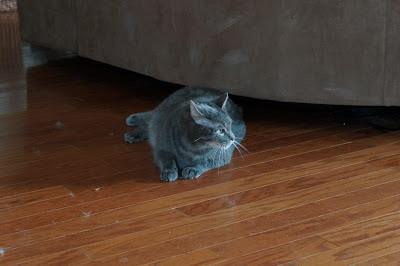 And a few minutes later they're out on the porch resting together like the old friends that they are. 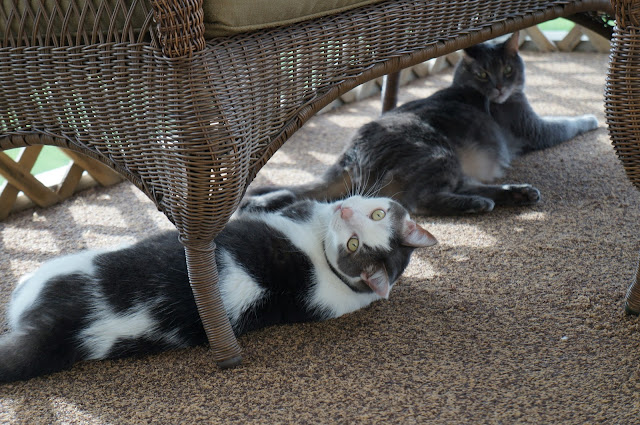 I think we humans have something to learn from catfights. Fight hard, make up quickly, and then go take a nap together.

Lest you think I'm a crazy cat lady...sometimes I definitely am. 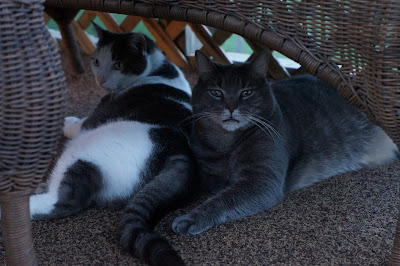