My Personal Connection with the Boston Marathon 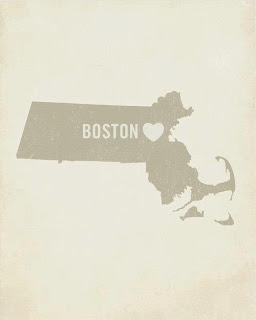 For the past 24 hours I've been so upset by what happened at the Boston Marathon yesterday. I literally couldn't believe it when I found out what had happened. This felt personal and it hit home, literally. My hometown of Hopkinton, Massachusetts is where the Marathon begins. Growing up, I loved Patriots Day in Massachusetts because of the Marathon and the celebration and community togetherness it provided. It was such a fun day! It was exciting to be out in my backyard and to hear and see the helicopters overhead. The runners would gather in the Athletes' Village at my high-school. We'd walk from our house down to Main Street to watch the race begin. One time I saw Al Roker on the town green doing coverage for NBC. Another time, in 1996 when I was in 10th grade, I got a really good spot right near the Start line and the woman who went on to win the Marathon that day for the females (a German named Uta Pippig) set her water bottle down right in front of me before the race began. After she walked away, I picked it up and kept it for years, hoping it might be a good luck charm for my own athletic pursuits in high-school. 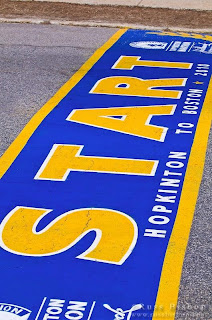 I loved watching all of the runners go by. It took at least 30 minutes for the thousands of them to cross the Start line. Some of them wore the funniest get-ups. They were all inspiring, from the most elite runners to the "bandit runners" (unregistered runners who didn't qualify) at the back. The most inspiring to me were Dick Hoyt and his son Rick, who is a quadriplegic. His father pushes him in his wheelchair as he runs the entire race. I looked for them every time I was there on race day. Monday was their 31st time running the Boston Marathon. When I thought of them yesterday I burst into tears. I found out later that they were a mile away from the Finish line when the bombs went off so they were okay. Just that day a statue of them had been unveiled on the common in Hopkinton. They are truly heroes. I'm looking forward to visiting the statue when I'm back home this summer. 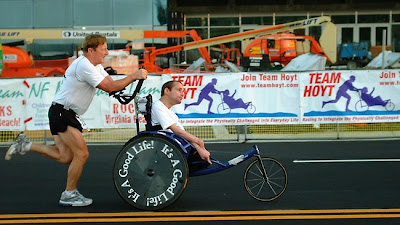 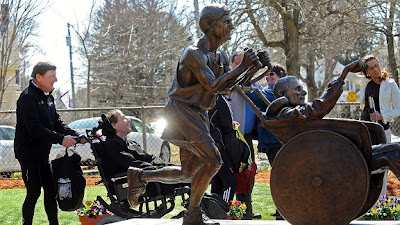 Three years ago when we were living in Connecticut a friend of ours ran in the Marathon. We went home to Hopkinton that weekend and were able to cheer him on before the race. When I found out about the bombings, I thought of him and his family, and found out on Facebook that fortunately he wasn't running the Marathon this year. 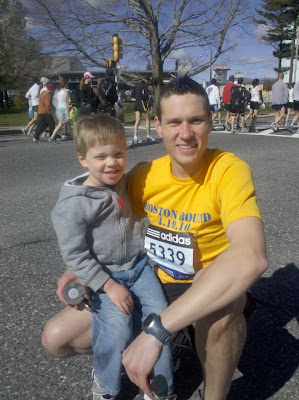 So this all feels very personal to me. I am devastated that a person or people of evil inflicted the damage that they did on a wonderful, historic event in my community and in our nation. I feel so sad for all of the victims who were killed, maimed, or injured in any way, and I can hardly think of the 8-year-old boy who died without tears coming to my eyes. But Boston is strong and will recover from this. Those who did this wicked, cowardly act will be caught and brought to justice. And I bet that next year there will be more runners than ever. Because that's the way my fellow New Englanders roll. 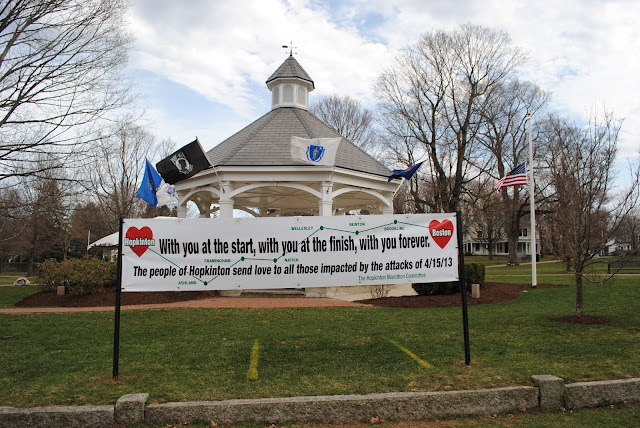