I'm so glad that I got to use the word "penultimate" in the title of this post; that is such a cool word! (It means second-to-last, in case you were wondering, which you probably weren't, but just in case.)

There are a few more pictures that I want to post about our summer trip to Prince Edward Island. These are some of the random, fun things we did while were there.


We had fun at two different amusement parks... 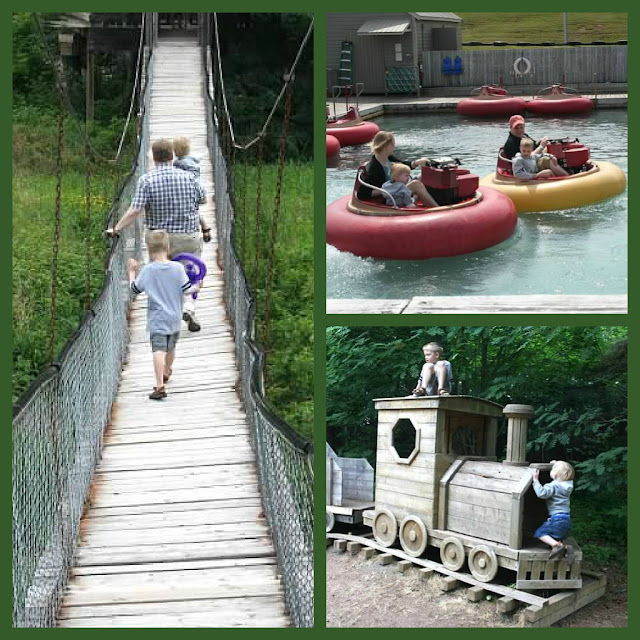 Twice we ate dinner at this cute restaurant called "The Sandbox." It had an actual sandbox that the kids could play in. You would think that sand and food don't mix, and they usually don't, but this was great for keeping the kids entertained while we waited for our food. I wish every family restaurant had something like this! 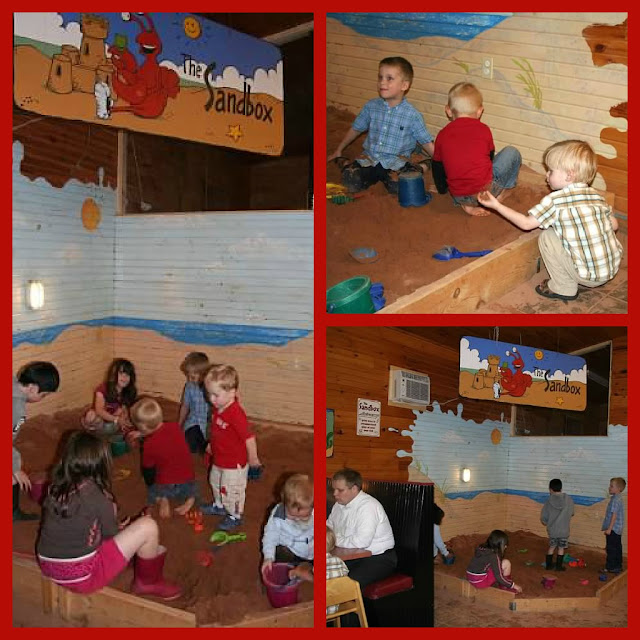 (Why are all these pictures fuzzy? My camera used to take such nice, sharp pictures. Dang camera!)

I finally, FINALLY got to go on a duck boat tour! I've always wanted to do one of those, particularly in Boston or New York City. I know it's touristy and kind of cheesy, but I think it's such a fun way to see a city, and how cool is it that the vehicle turns into a boat and you can see the city both by driving through it and boating along its coast!? We did this in Charlottetown, the capital city. It was really fun. The kids liked it too! 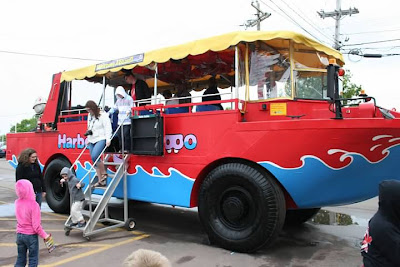 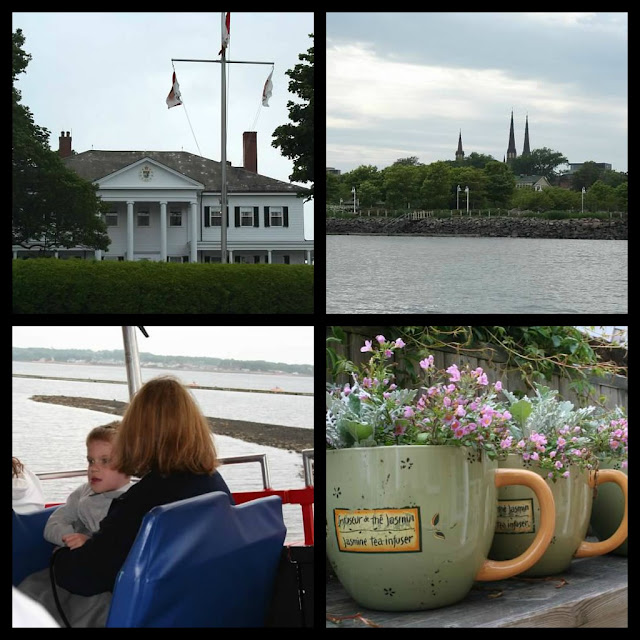 Top-left: That's the place that Prince William and Kate stayed at when they visited PEI in the summer of 2011.
Top-right: A view of Charlottetown from the water.
Bottom-left: My mom and John. We were headed down into the water!
Bottom-right: I thought these planters in Charlottetown were cute and pretty.

French school-buses. A lot of people speak French in Canada (I'm good at stating the obvious, aren't I?). 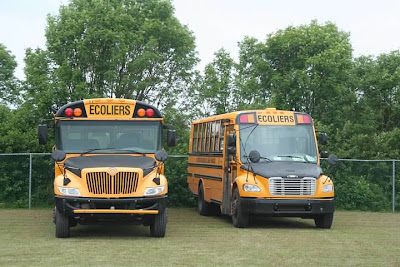 Why can't more playgrounds and public parks have outdoor gyms like this? I think this is such a good idea. I'd be so toned if our playgrounds in the U.S. had these! It would also help fight back against the obesity epidemic in America. Incidentally, I didn't see very many overweight people on PEI. 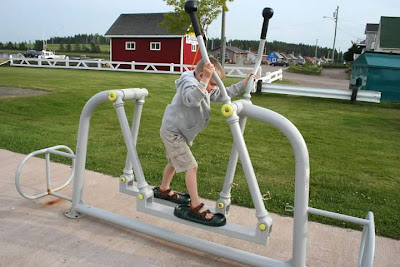 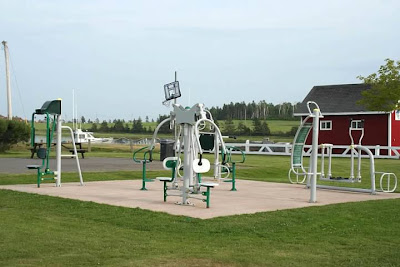 And why can't all playgrounds and parks have pretty views like this? Okay, that one's not quite fair! 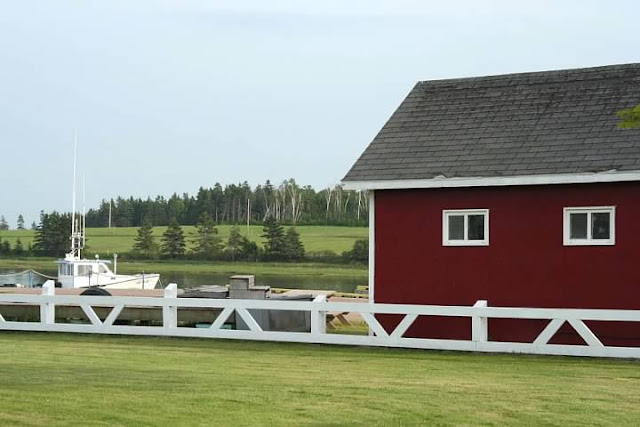 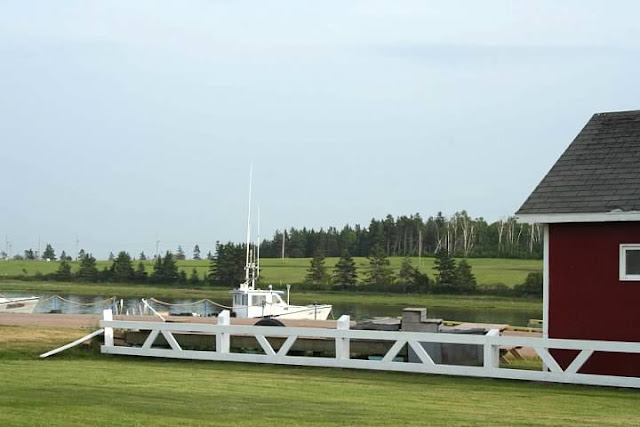 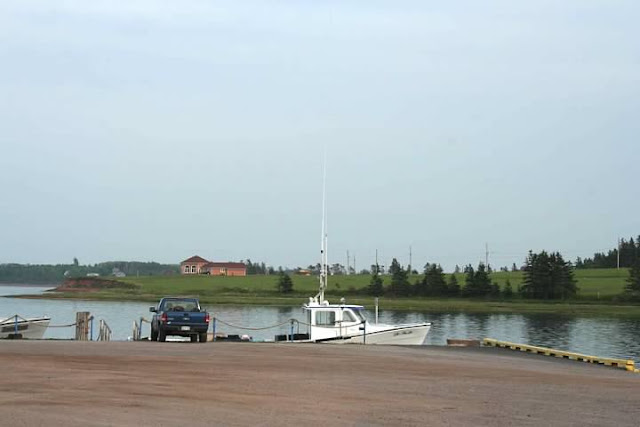 John approved of the Canadian TV channels for kids. 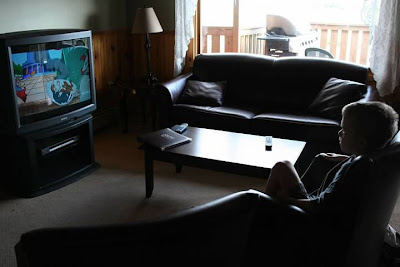 There's an ice-cream chain on PEI and in Canada called "Cow's." Its ice cream is ranked among the best in the world, and I could taste why. It was creamy, rich, and so delicious. 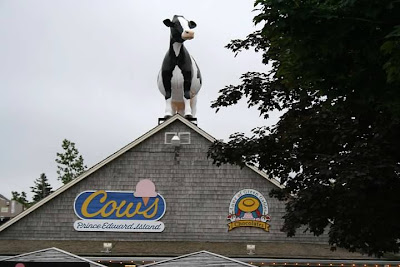 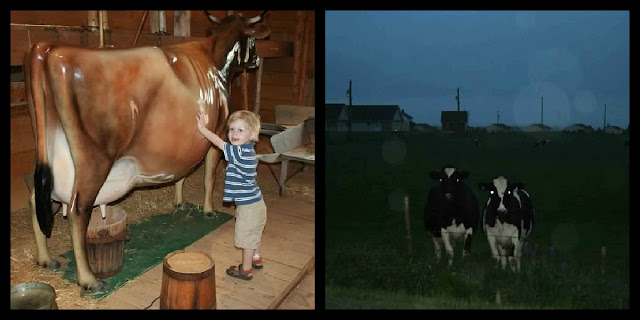 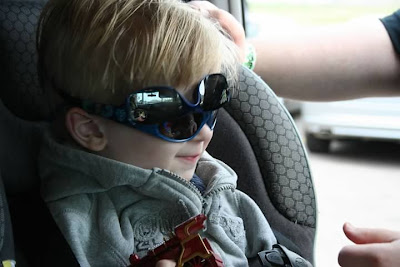 As you can see, we had lots of fun doing and seeing so many different things during our week on Prince Edward Island!