The Definition of Delight

If you were to look the word "delight" up in an illustrated dictionary, you could very well find pictures like these to define it! 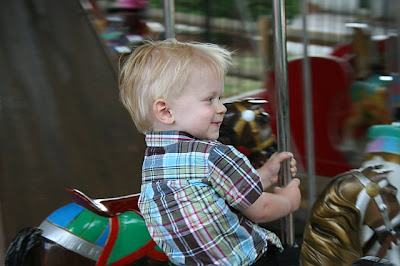 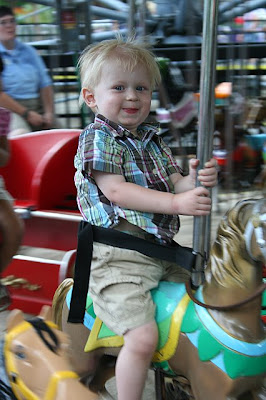 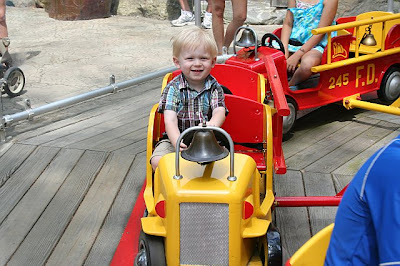 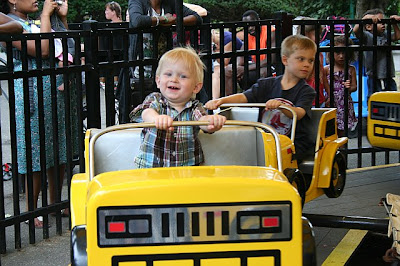 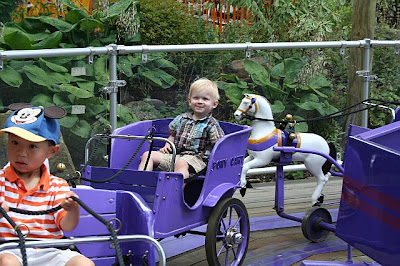 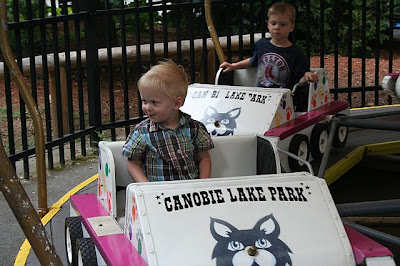 Sam was so delighted to go on these amusement park rides last summer! I've been wanting to post these pictures on here since then because I think they're precious! I was really surprised by how well it went with him going on rides because I thought he was too young (22 months) to even be allowed on them, and that he'd be scared to go on them alone. But I was wrong on both counts!

The other reason I like these pictures is because I love Canobie Lake Park in Salem, New Hampshire. It's an old-fashioned amusement park that was built in 1922 and is located in a beautiful, picturesque setting. I've been going there since I was a child. In fact, there's a picture of me riding that same ride that my kids are riding in the picture above when I was a kid! I'd post it on here if I had it but my mom's got it.

These are a few more pictures of our day at Canobie last summer. I hope to go back and spend another day of "delight" there this summer!