Our DVR and cable problems are finally fixed. Hooray!

The freak snowstorm in New England last weekend that postponed or cancelled Halloween in many communities and caused hundreds of thousands of people to lose power has been a source of fascination for me this week. I've been going on Facebook just to read my friend's updates about their situations. The town in Connecticut that we moved from last year is one of the places experiencing a days-long power outage. I wouldn't have dealt very well with that, so I'm glad to be here and not there!

Peter and I watched the new(ish) Robin Hood movie last Saturday (the one with Russell Crowe), and the whole time I kept thinking how much I liked the other version with Kevin Costner much better. This newer one was too brutal and cold for me. I love the Kevin Costner one (Robin Hood: Prince of Thieves); it's the best!

Last week it was the newborn saved from the earthquake in Turkey that brought tears to my eyes. This week it was the news of Steve Jobs' last words. I find this to be amazing, especially since he was a Zen Buddhist and from what I've read, he didn't fully believe in God and an afterlife. The man who wowed the world with his innovations was wowed by something he seemed to see past his loved ones just before he passed away, and as he looked at it, his last words were "Oh wow. Oh wow. Oh wow." That's so cool! Of course we don't know what he saw, but it very well could have been the beautiful heavens opening up before him in all their splendor and glory. It's very affirming to those of us who believe that life goes on after death, and that it's even better than life here. To read the details that his sister shared in the eulogy she wrote, click here.

Have you heard that the U.S. Mint wants to get rid of dollar bills and replace them with coins? That would be weird. I don't think I'd like it very much because I don't like to carry a lot of coins in my wallet because it weighs it down. But there are some good reasons to do it (I guess). You can read more about it here. 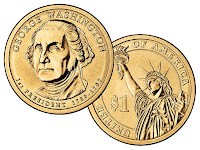 This article is really neat. A graphic design student in England created pictures of the Disney princesses (and one villain) as if they were actual women. They are beautiful! These are my favorites. And, this is one of the only times I'll post a picture on my blog of a woman in a skimpy top (bikini girl from my birthday cake notwithstanding!). 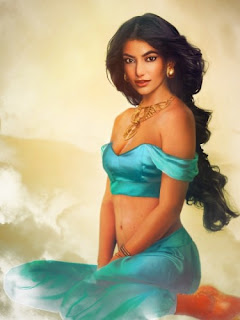 It won't let me copy any other pictures, but my other favorites are Ariel and Mulan. You can check out the article to see all of the pictures. The one of Ursula is appropriately creepy! (And well-done!)

And last but not least, for a humorous moment from my week...it's that time of year when catalogs are flooding the mailboxes, and mine is no exception. I was leafing through the Pajamagrams one, and as I did so I saw that they have a rather interesting new product called Hoodie-Footies. That sounds like a fun product for children, but these cost $80 and are for for grown women. How would you like to wear one of these to bed or just to lounge around your house in? Do you think your husband would like it? Your kids probably would. What is Pajamagrams thinking?! 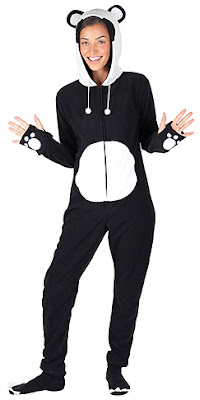 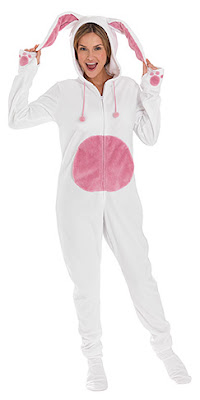 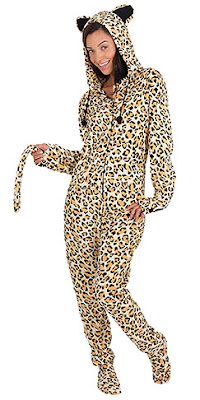