This was Sam's reaction the first time I put his costume on: 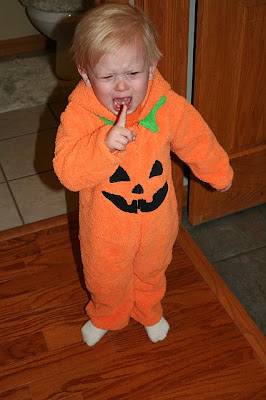 Fortunately he warmed up to it after a bit!

This is us at our church Halloween party. We were an uncreative couple and went as ourselves: 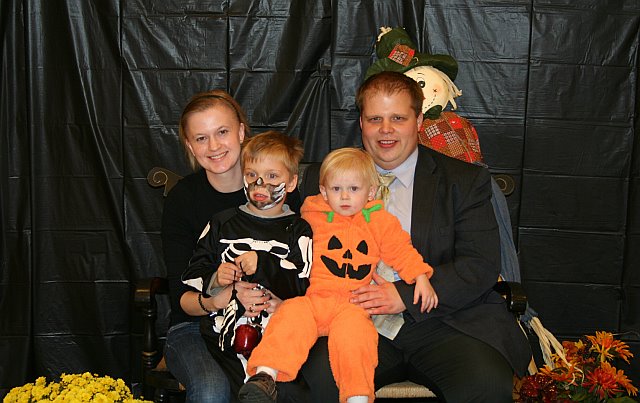 On Saturday night, we carved two pumpkins. Peter carved a graveyard pumpkin and John designed a cute face for the smaller one. I roasted the seeds and they turned out better than last year's did! 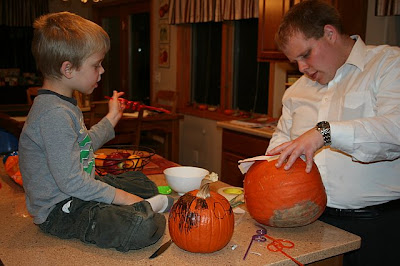 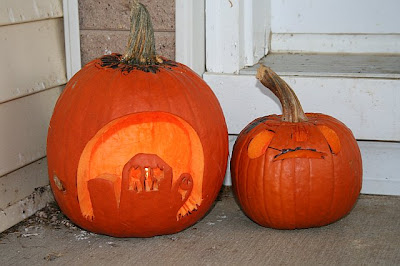 The "RIP" on the jack o'lantern is fitting because this is where the big pot of dead chrysanthemums sat until I threw them away on Halloween afternoon so that all the neighbors wouldn't see them when they came by that night. RIP, mums.

There's John in the center of the picture at his school's Halloween parade. You know what's funny about this? The boy behind him has the exact same costume, only his has a mask. John's came with the same mask, but he never knew it because I threw it out before he saw it because I thought it was creepy. But he found me out because of his friend's identical costume! Darn it! Fortunately, though, he wasn't upset about it. He liked that he got to get his face painted like a skeleton instead. 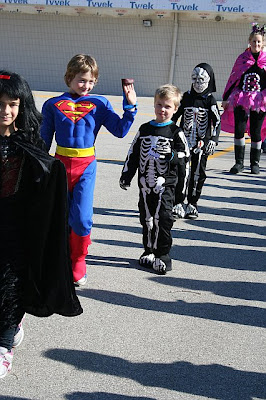 Ready and waiting to go trick-or-treating: 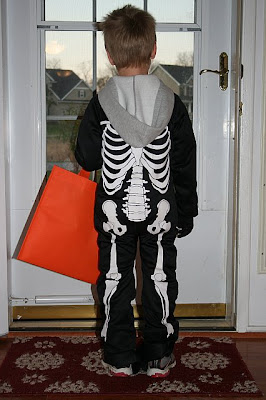 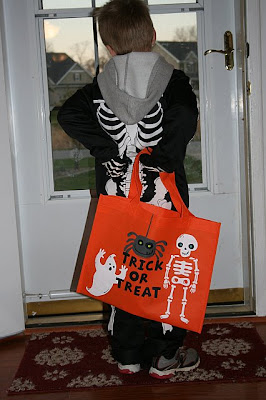 Finally! Trick-or-treat time! We were the first ones out in the neighborhood. We left at 6:00, which seems like a reasonable time, doesn't it? Especially when you have a 2-year-old. Or is that too early? Peter took the kids and I stayed home to give out candy, which is an arrangement that I'm happy with and is much better than what happened last year! 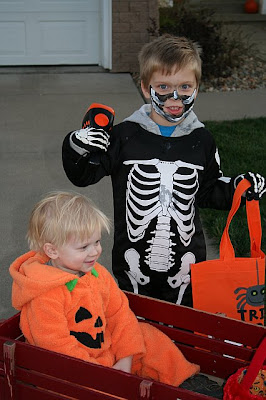 Here is the happy skeleton, happy with his haul. This candy will keep him powered for the months to come, for better or worse! 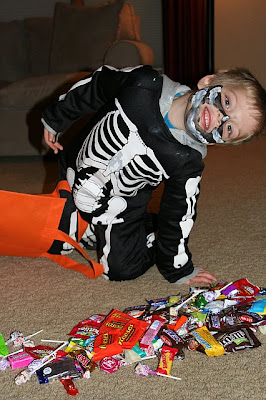 And finally, this is my favorite Halloween/fall decoration that I got this year. I think it's the cutest little pumpkin owl. I got it at Pier 1 before they sold out of them! Owls are hoot hot! 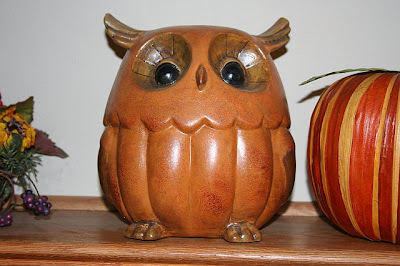 I hope you had a happy Halloween!
Posted by Donna at 9:14 AM