Snow and Ballet in Boston 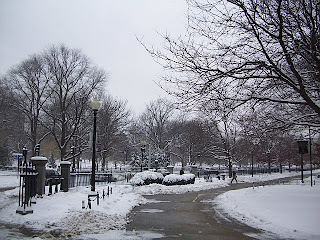 Last year, all I wanted for Christmas was to go to Boston Ballet's wonderful world-famous production of The Nutcracker at the Boston Opera House. I hadn't seen it in over ten years and I really wanted to go again. Well, thanks to my obliging husband, I got to spend a snowy, magical weekend with him in the city so that we could go to the ballet. I never got around to posting anything about it, and now that it's almost exactly one year later...no time like the present!

We had to beat out a big Nor'easter to get to Boston before it hit. We made it! It was so cool to be there during a snowstorm. The city kind of shut down for the evening, so restaurants and shops were much less crowded than usual and there weren't many cars on the streets. It was the most quiet and peaceful that I've ever seen Boston.

We were in the city from Friday to Saturday. We went to the ballet on Friday night. It was at the Boston Opera House, which is very beautiful and majestic inside. We sat in the first row, so we got to see the dancers up close, and the orchestra pit was directly below us, so the beautiful music of Tchaikovsky drifted right up. It was cultural heaven! 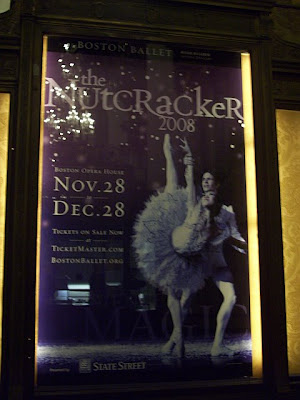 On Saturday morning, it was still snowing. So we went "walkin' in a winter wonderland," city-style! 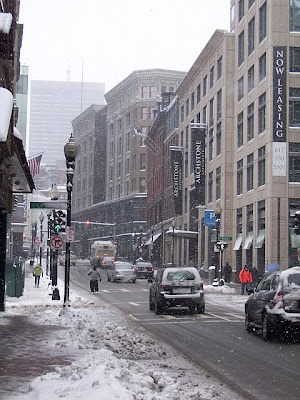 One of the things I love about Boston is that it combines the old with the new so well. Everything blends together rather seamlessly, making history a physical part of the present. We took a walk through Boston Common, which dates back to before the American Revolution. Now it's surrounded by high-rises! 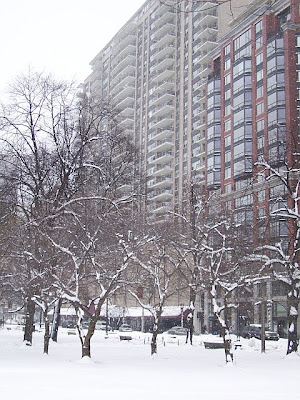 A lot of history happened on the Common: among many other things, the British set up camp there after the Boston Tea Party, George Washington met there with his victorious troops in 1776, and Martin Luther King, Jr. spoke there in the 1960s. It's neat to be in places where such significant things happened. I think elements of past events still linger in historic places. 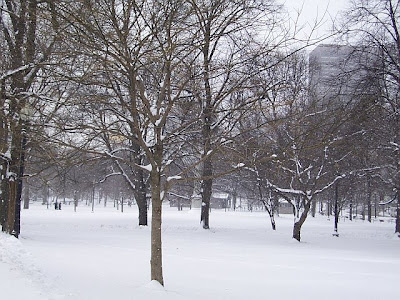 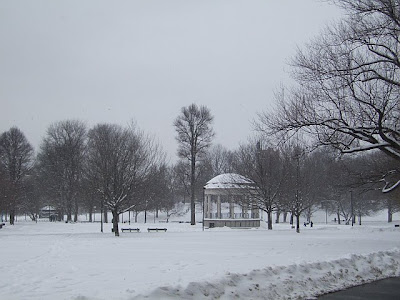 The gold-domed State House can be seen across the Common through the trees. It was once my dream to work there. I guess it still kind of is. Maybe someday! 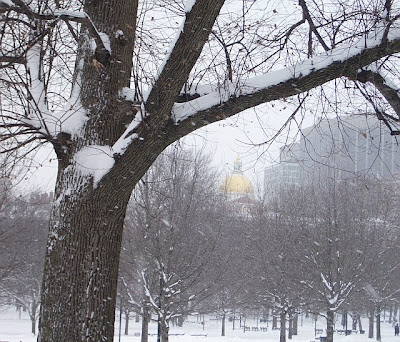 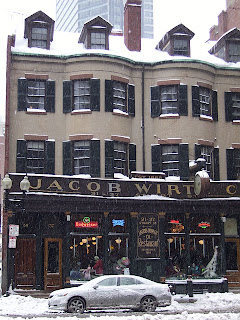 I thought this old building was so cool-looking and authentic, built in 1868. Right in the background is a skyscraper. History + modernity = one cool city!

It was a great Christmas present--a fantastic ballet and a snowstorm in one of my favorite cities. 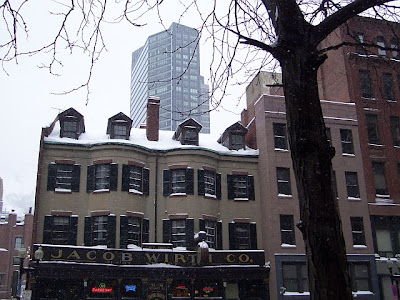