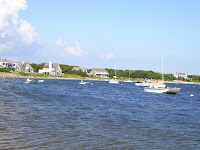 We went on our annual vacation to Cape Cod from August 2nd to 9th. As always, we had a very nice week there. It was our fourth year in a row vacationing at the Cape. We started doing it when John was a cute, chubby little 5-month-old baby and we had to drive all the way up from New Jersey. It's a place that we love, and I can't wait to go back again next year.

Saturday, August 2nd
We got a late start because we spent the morning picking up my new car at the dealership, something that Peter surprised me with just the night before. Then we had to go home and load it up with our things. It's much easier to pack up an SUV than a sedan! I was so happy with the Highlander that I didn't even care that we were running as late as we were and that we totally got stuck in traffic headed into the Cape. Hey, just more time to bond with my new friend.

Sunday, August 3rd
We went to church in the morning at the branch on the Cape, which was really nice. Then we spent a pleasant, peaceful day at home, resting, reading, and napping. The weather was gorgeous. Later in the day, we walked to the beach, which is only about five minutes down the road. John loves to throw rocks in the water, so he had a blast doing that. 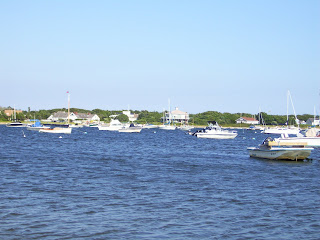 Getting ready to launch a rock into the ocean. This kid has a pretty good arm! 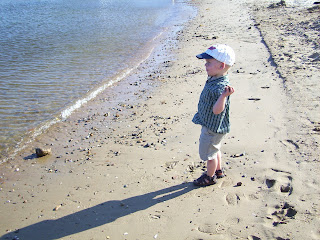 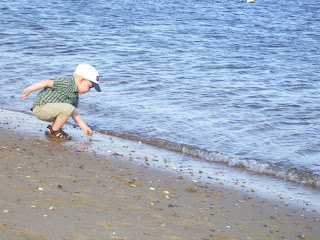 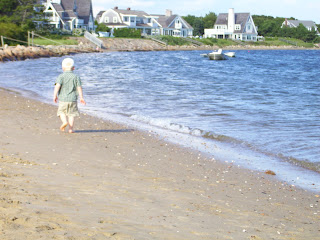 My little Baywatch hunk, running along the beach 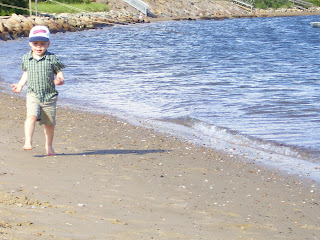 My sister Elizabeth and her boyfriend Justin stayed with us over the weekend. John and Justin are good buddies, and John was sad when Justin had to leave. 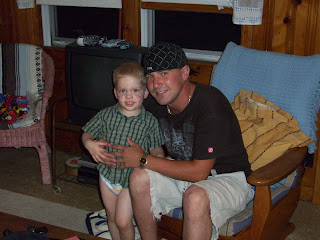 Monday, August 4th
We went up to Canobie Lake Park in New Hampshire for the day. Peter and I had been there in June, and my family used to go when we were younger. Because of the SUV, we were all able to fit into one car, which was very convenient! (It was me, Peter, John, my mom, Elizabeth, and my neice Hayley, who we picked up at her house.) It was a fun day!

John was sleepy when we arrived, so he wasn't too into the rides until later on after dinner, when he got a second wind and had a lot more fun. These pictures are taken earlier when he was tired. I couldn't take more pictures later because my camera's battery died. 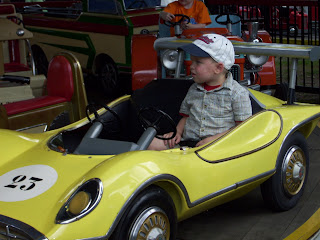 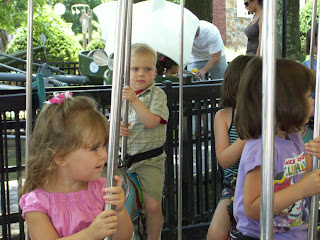 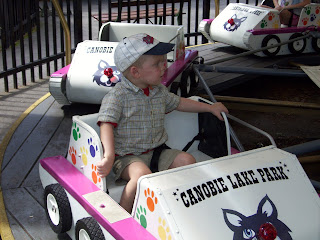 I like this picture of Peter and John relaxing on the grass. 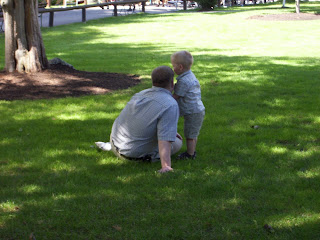 What the heck?! We traveled all that way and spent all that money, and he has the most fun running around and around this tree. It figures! 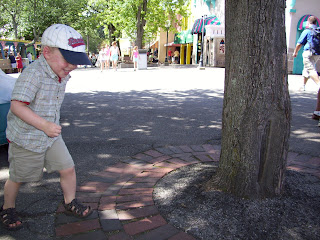 Tuesday, August 5th
We went out to breakfast with my mom and Elizabeth at The Pancake Man, a favorite place of my family's. I got dee-lish French Toast topped with strawberries and whipped cream. In the afternoon we went to the Cape Cod Mall in Hyannis (we go there at least once every vacation), where John actually liked the carousel this year. Last year, he hated it and screamed and cried when I took him on it. I wish I had a picture of him on it this year, but I hadn't recharged my camera battery yet, so I have no pictures of this day. Peter and I went out to dinner in the evening and we had a nice time. The place we went had really good clam chowder and lobster, and good dessert too.

Wednesday, August 6th
Today we drove up to Boston and went to the Science Museum. It was a good day to do it because the weather was cool and rainy. The Science Museum was fantastic and we really enjoyed it. Its only downside was the big crowds, which is typical of many things in Boston. But the Museum is huge, so the crowds didn't seem as bad as they really were (except at lunchtime, which was a complete zoo!). 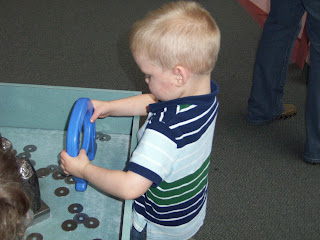 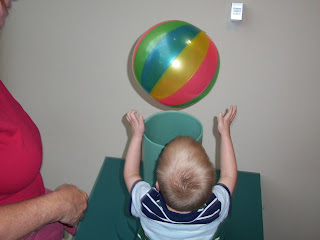 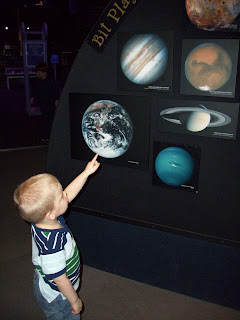 He wanted to climb right up on this bear. It's funny how you can see my mom on the right rushing over to stop him from doing so! 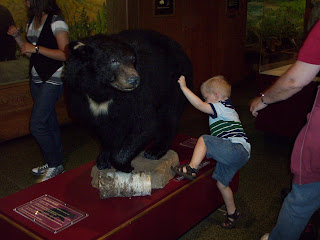 The Baseball Hall of Fame in Cooperstown, N.Y., had a really nice, big temporary exhibit at the museum of all sorts of awesome baseball memorabilia.
Are we looking at a future baseball star here? I hope so! 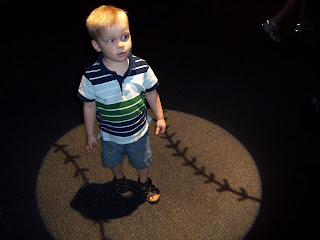 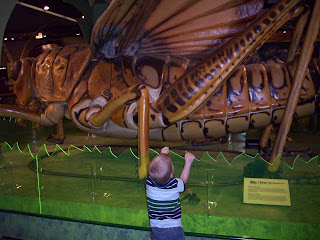 A nice view of Boston from where we were parked at the Museum. 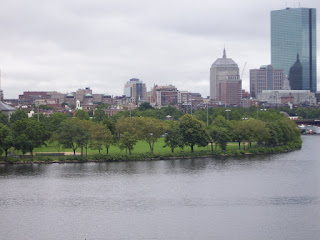 That evening, back on the Cape, Peter and I went out to dinner and a movie. We saw The Dark Knight, which was very good.

Stay tuned for the rest of the week, which I'll be posting soon. It involves the coolest thing I've probably ever done on the Cape, as well as one, uh, interesting town that we went to!