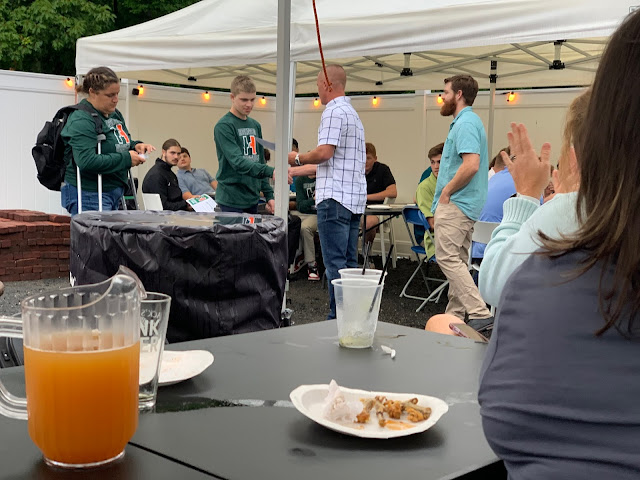 These guys had so much fun together. It was a good group and team. 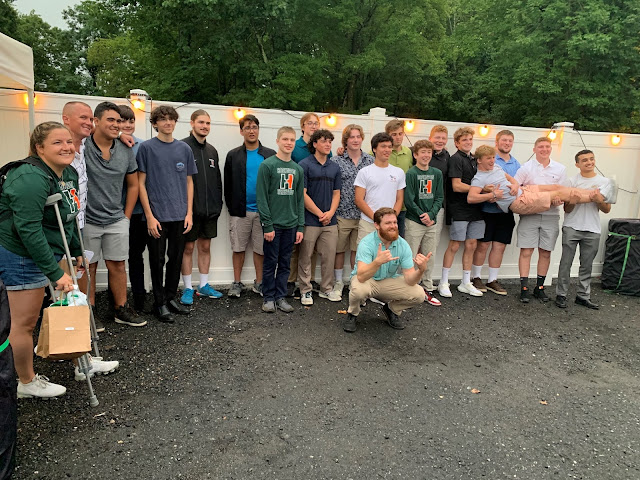 It's bittersweet when seniors graduate and move on. The four guys on the right end were the captains and seniors. And the guy they're holding was the team's all star and is going to a boarding school now where he can do wrestling the whole year. These five guys were a huge asset to the team!
But, time to move on. Yesterday was the first practice of the new season, and hopefully it will be a much more normal season than last year. John is excited for it!
Posted by Donna at 10:02 AM