Parks and Dresses and Biscuits, Oh My!

We went to two different types of parks on our second full day in Iowa, both of them quite different, as you will see!

Before going to the first park, we went to the church building that we attended for seven years. During our last year in Iowa the ward boundaries changed and we were moved to a different ward in a different building, but this building here is where we went to church and to many fun activities for the majority of our time in Iowa. I have very fond memories of good friends and ward members and meetings and events from this building. 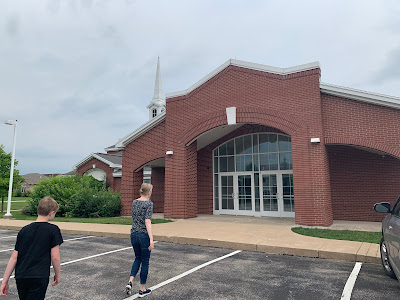 (John spent most of the week at Craig and Cyle's, so it was just Sam, me, and my mom for a lot of these things.) 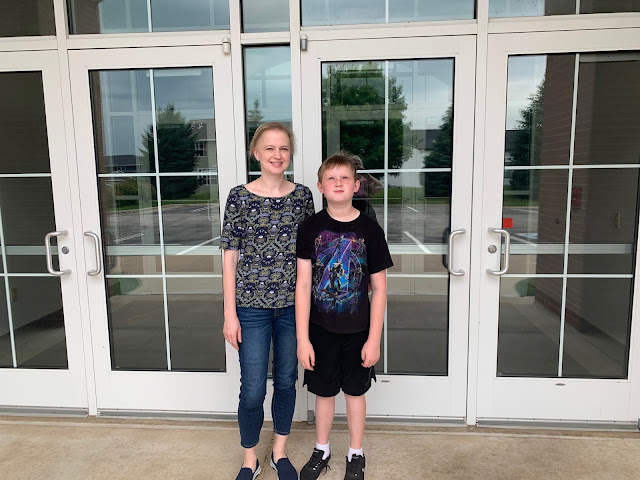 Sam went to church here from ten months to eight years old! This is also the church where he was baptized. He's our Iowa boy. 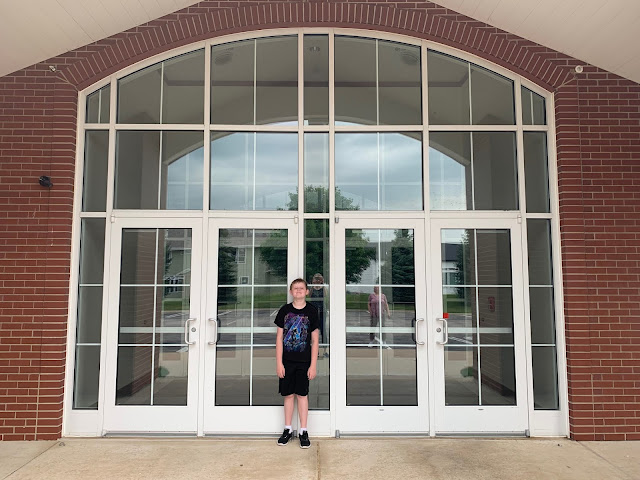 Then we went to nearby Mormon Handcart Park, which is a nice little walking trail that commemorates the Mormon Pioneers who were here in the 1850s during their trek west. Some of my ancestors were among them. I always liked that about Iowa City, that I had family history there. 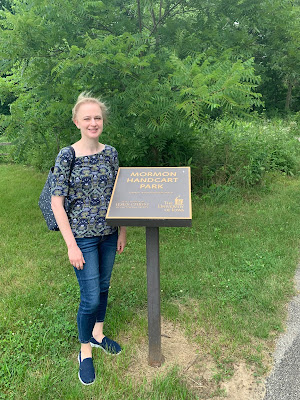 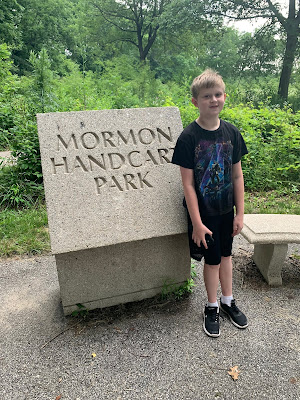 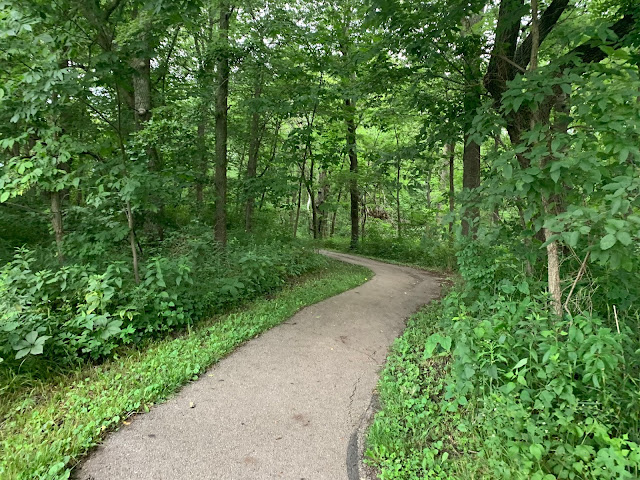 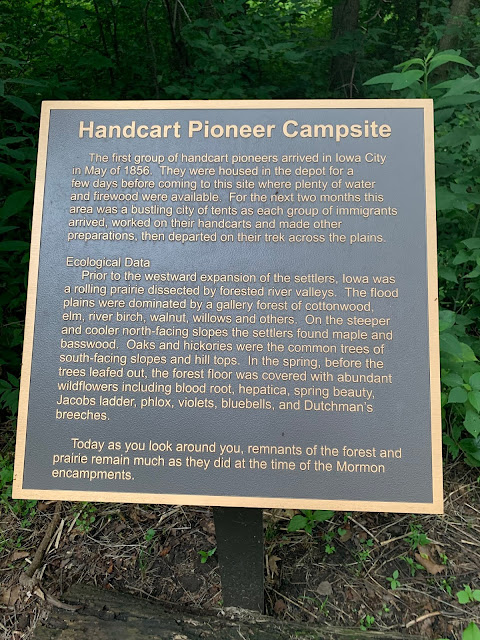 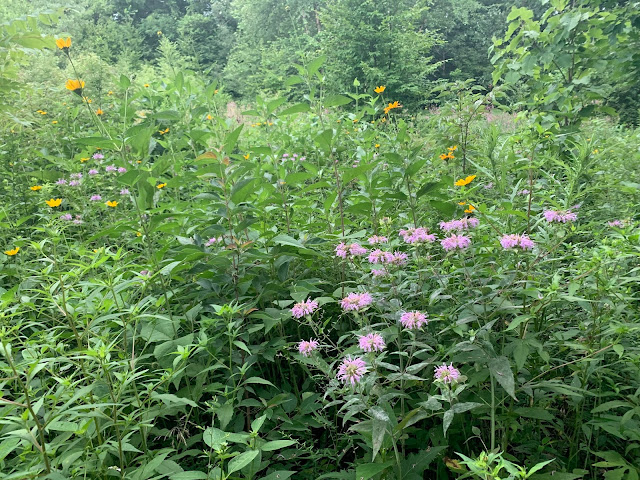 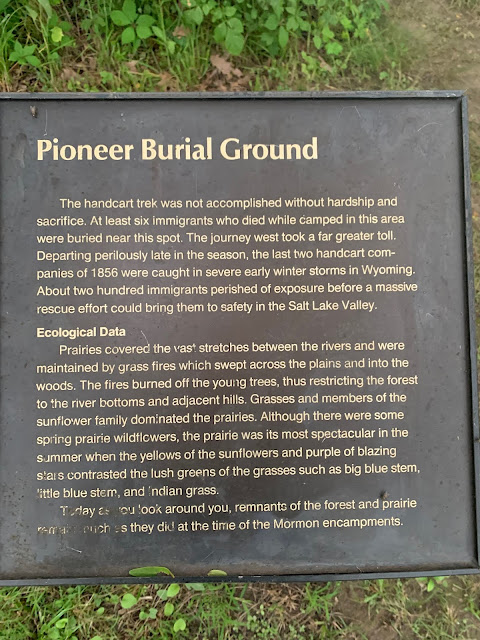 This is an apt reference for life, too.
Stay safe by staying firmly on the gospel path that leads back to Heavenly Father! 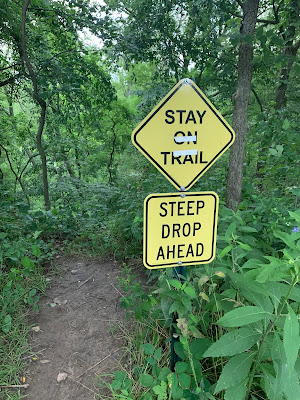 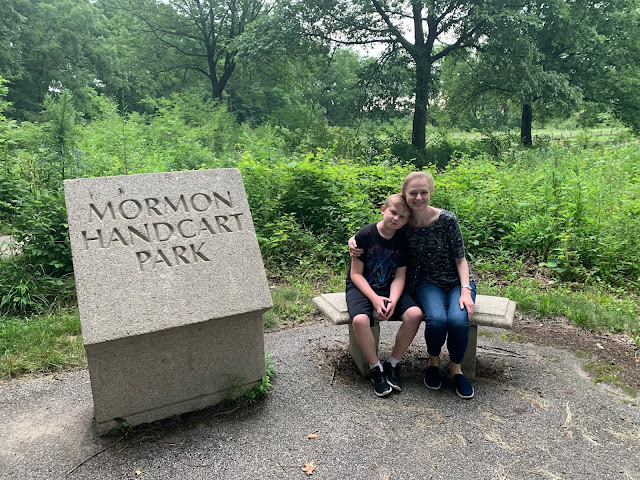 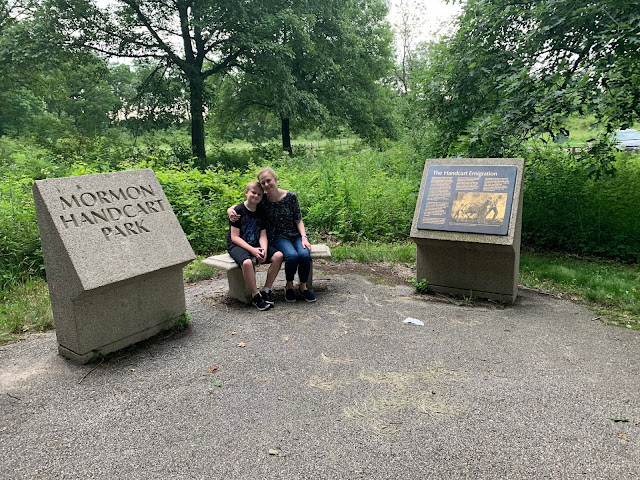 Next I stopped in at my favorite department store, Von Maur. I say "I" because Sam and my mom weren't interested in joining me. 😆 There were some really cute dresses on display that were very much my style and I tried them on but they weren't quite the right fit. Pretty though! 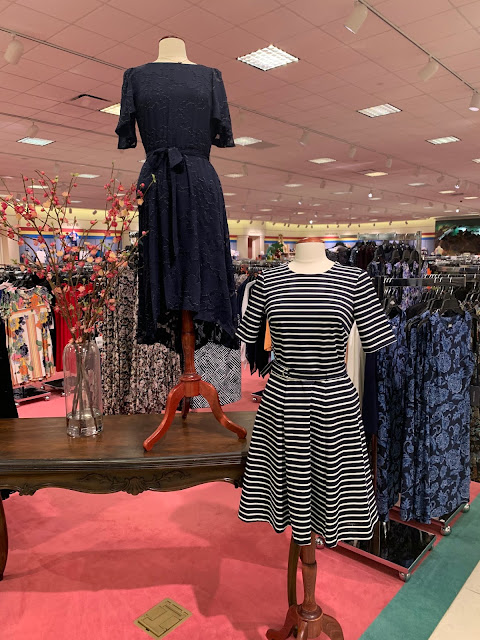 I got this cute little jar of powdered lemonade. Big spender, I know. 😆 (I did get a few other things too. I've already forgotten what they were!) 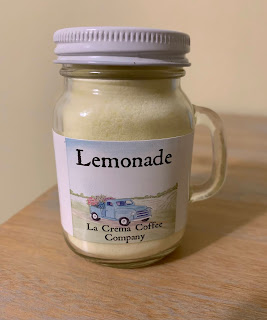 This is the second park we went to that day, a trampoline park that we went to when we visited in the summer of 2019. Tragically this park opened after we moved away, otherwise we would have spent a lot of time here! I brought John, Sam, and John's friends there for the afternoon.
Dodgeball! John and Craig and their friend Alex are on the right. 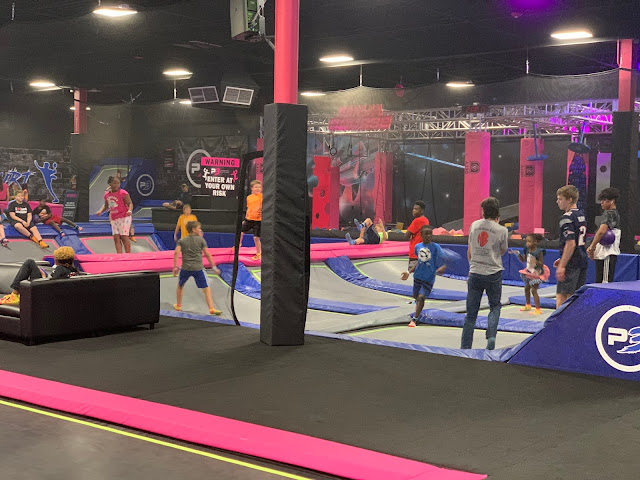 Sam and Cyle are sitting on the left. They were out! 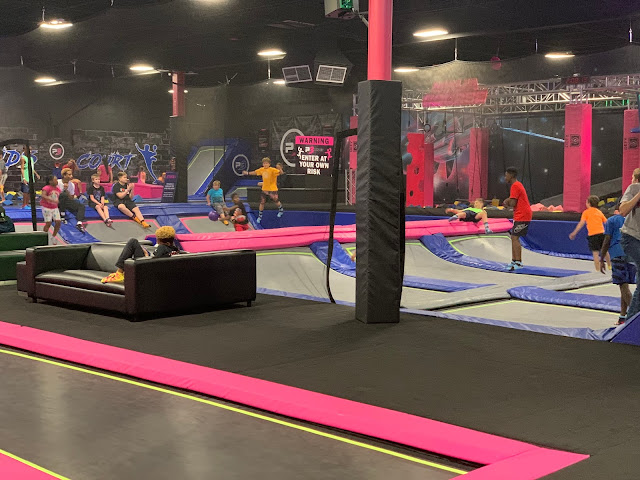 John and Sam are both in this picture on opposite sides. John was in it to win it! 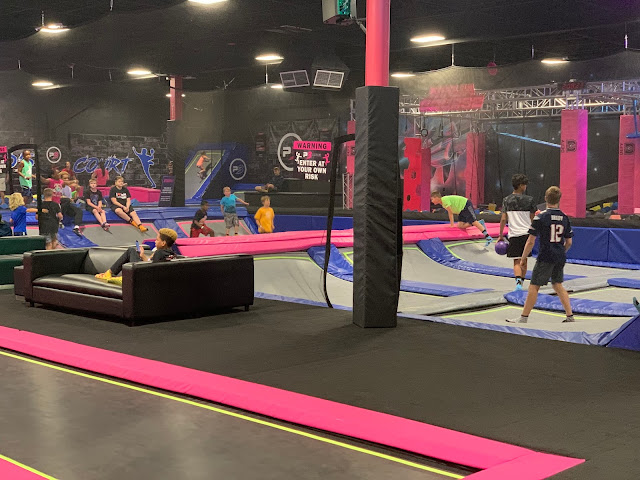 And finally, we had dinner at Red Lobster, Sam's favorite. Because we live in the coastal state of Massachusetts there are no Red Lobsters here. So we had to get plenty of their famous biscuits while we could! 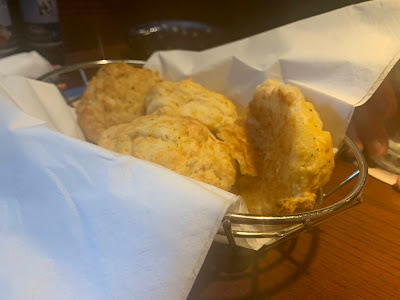 My steak and lobster dinner was so delicious! I'm not a snooty New Englander when it comes to seafood. As long as it tastes good I'm happy. 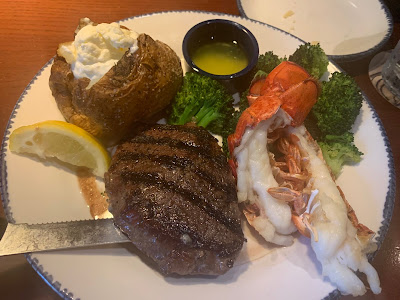 We were having such a good time being back in Iowa!
Posted by Donna at 4:25 PM