Goodbye For Now My Beloved Friend

Today is the four-week mark of Boo Boo's physical death. (I say "physical" because even though his body died, his spirit never will.) His sudden and quick decline left me in a state of shocked grief for a few days. I lost my appetite and cried what felt like buckets of tears. My heart ached over his sudden loss from my life and from our home. He was such a special part of both of those things. My safe place, home, was painful to be in because almost everywhere in the house reminded me of him, especially some of the most used and seen spots. It was hard not having his constant, comforting presence there anymore. It was depressingly quiet without his barking. The first ten days or so were the worst. But I felt reassured that he was where he was supposed to be, and he was really happy there with Yogi, and that I'd be with him again someday. My broken heart has started healing sooner than I thought it would because of that. I knew those things with our other pets who have died too, but for some reason this time with Boo Boo, who is my favorite pet of all time, who has been such a comfort to me during some really hard times in my life, it was more reassuring than ever before. And that is a blessing.

I took more pictures than these of my last days with Boo Boo, but I only want to put a few them in this post.

He spent his last day at home mostly in the office. He wasn't able to get up and move around much. I'm glad that he had a soft place to lay and stretch out as comfortably as he could. 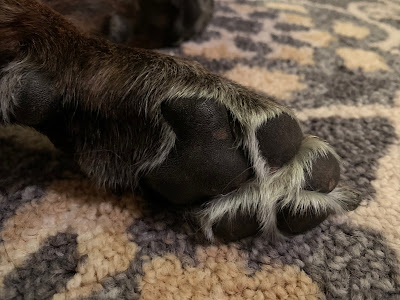 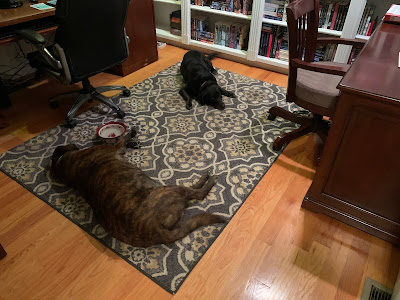 The day that Boo Boo died, Peter and I went to see him at the veterinary hospital after he'd passed away. They set it up nicely for that and the vet sat with us and answered all of our questions very kindly and reassuringly. I was thankful to get to see him one last time, even though his spirit was no longer in his body. It was so hard, but it was an important part of the grieving process for me. I didn't think when they took him two days earlier that I wouldn't see him alive again. That's been hard.
How I miss kissing and petting and cradling his beloved head in my hands and playing with his wonderful floppy ears and giving him kisses and "huggies" and tummy rubs. 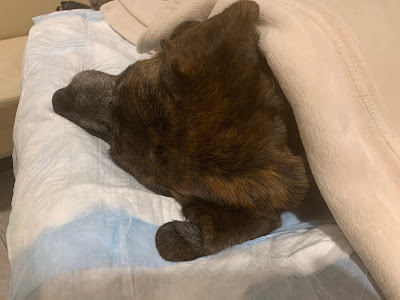 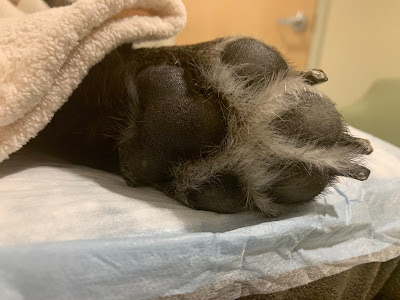 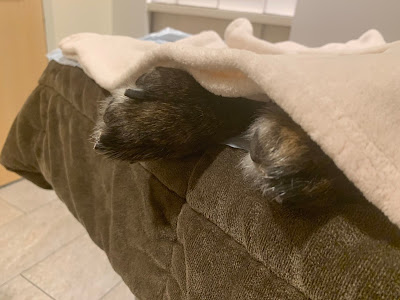 The following week when my friend Cheryl found out that Boo Boo had died, within an hour or so of finding out, she left these beautiful dahlias on my doorstep. This meant so much to me. It means a lot when others acknowledge the loss of a pet as a truly difficult loss. When I looked at these beautiful flowers, it helped me to think of the beauty of heaven where Boo Boo now is. 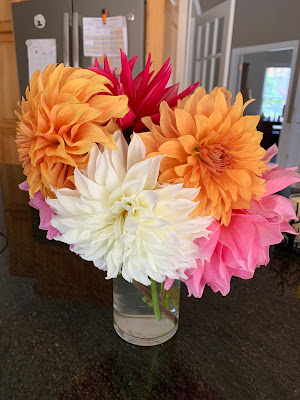 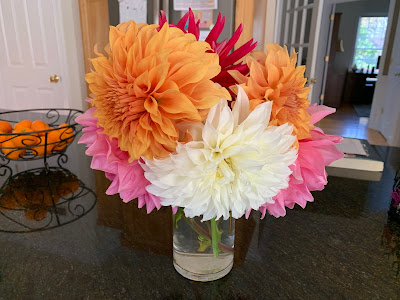 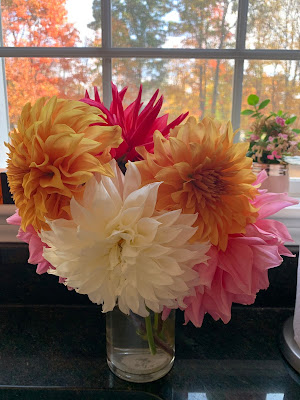 The following week I attended a virtual pet loss support group that was done by the vet hospital. I'd never gone to one of these before and I'm glad I went. I plan on going to it this month too. It helps to talk to other people who have gone through the same thing and understand. There was one sweet lady in the group whose dog had died the same day as Boo Boo, and we both had very similar feelings six days later, and she touched my heart. And there was a guy in the group whose dog used to be in Ralph Lauren ads. I thought that was pretty cool. At the end of the meeting there was a trivia question and I got the answer first and won this cute RemembeRing kit, which I will add to Boo Boo's memory box once I do it. 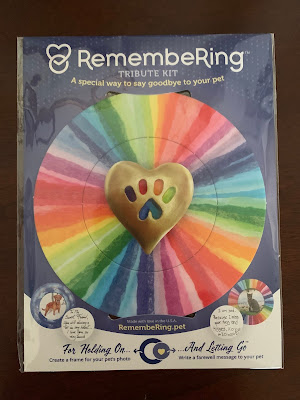 I ordered a small memorial stone from Etsy which I plan on placing outside near the front porch (one of his favorite spots) in the spring when I plant the seeds for a perennial flower bush there. 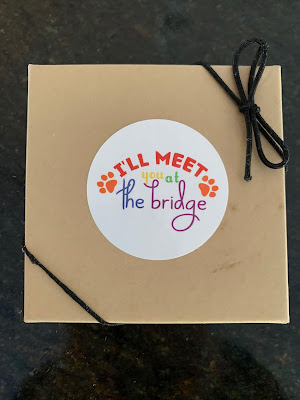 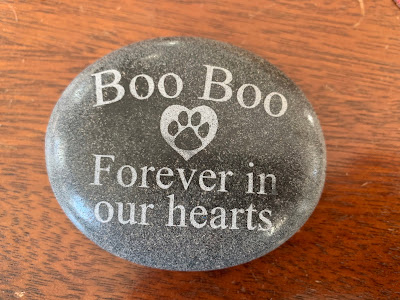 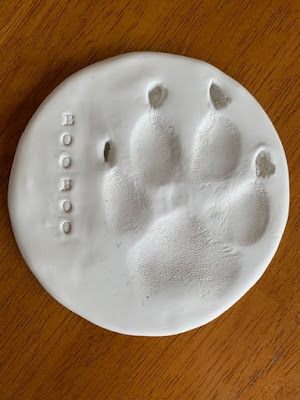 This was a hard post to write and I cried doing it. I allowed myself to fully feel both my love and loss for Boo Boo. We will be together again, and I know he's happy and healthy and whole where he is. And that makes all the difference! 💖
Posted by Donna at 3:26 PM