Around the House and Yard in September

The late afternoon sunlight is so pretty shining into the office. It's a cheerful, bright room, particularly because of the wall of built-in bookshelves. I love this room. 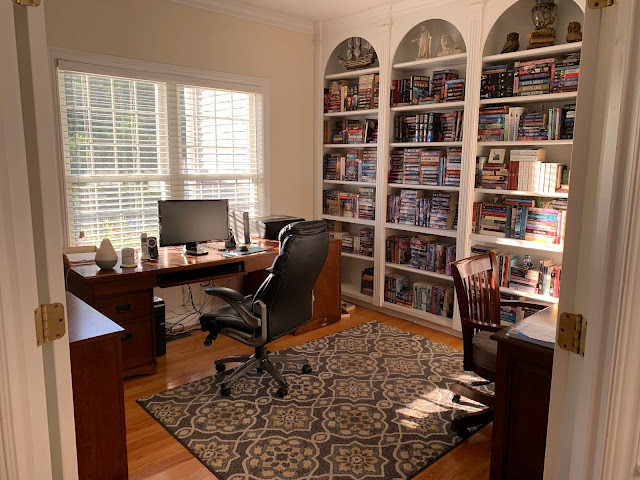 This is where the blogging magic happens! 😂 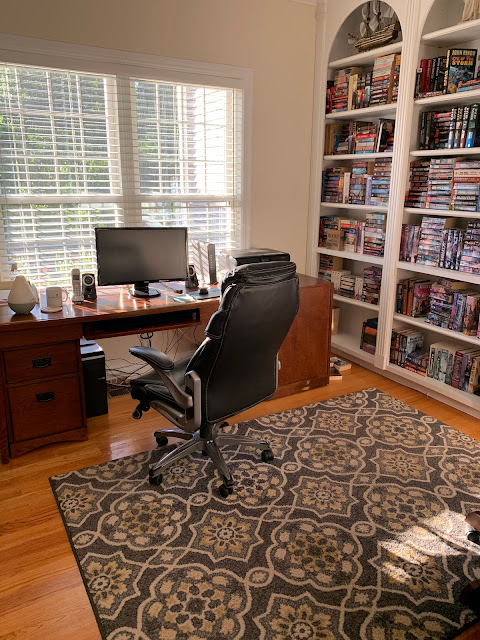 Violet likes hanging out in the office too (even when the afternoon sun isn't shining in at its peak 😁). 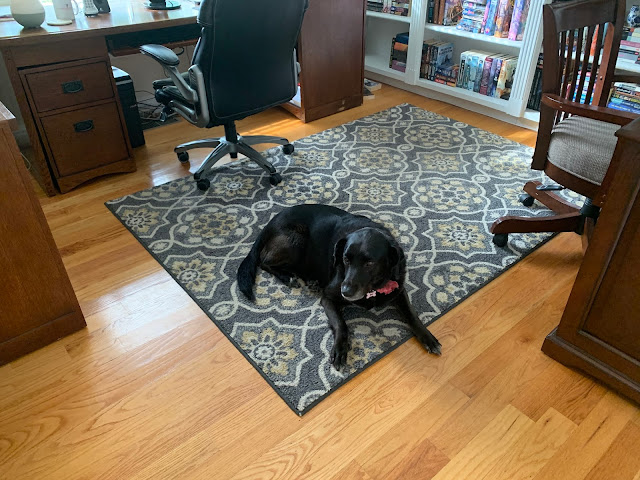 I cut some of the hydrangeas from the bush in the front and put them in this cute little owl vase that I got for my birthday. I got a kick out of the owl's hydrangea fro! 😆 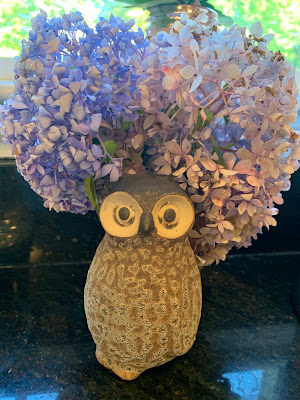 The carnations were pretty too (though they came from the store, not my yard 😊). 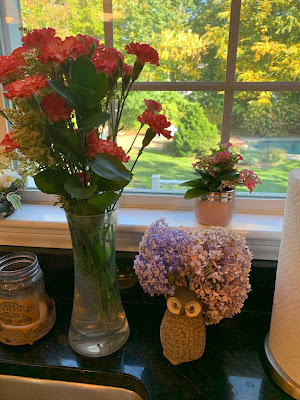 While I'm on the subject of flowers, my September roses were pretty pale pink ones, but they didn't end up blooming well. They were at their prettiest the first few days. 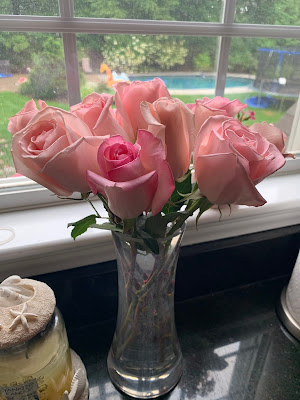 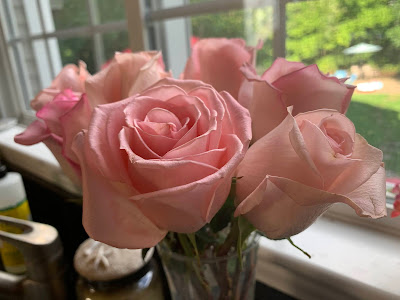 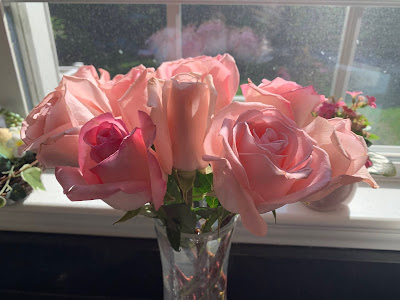 There was a beautiful mild evening later in the month when the leaves were starting to turn and the pool hadn't been closed yet. I read out by the pool and finished my book and it was delightful (the evening more so than the book, though it wasn't bad either!). 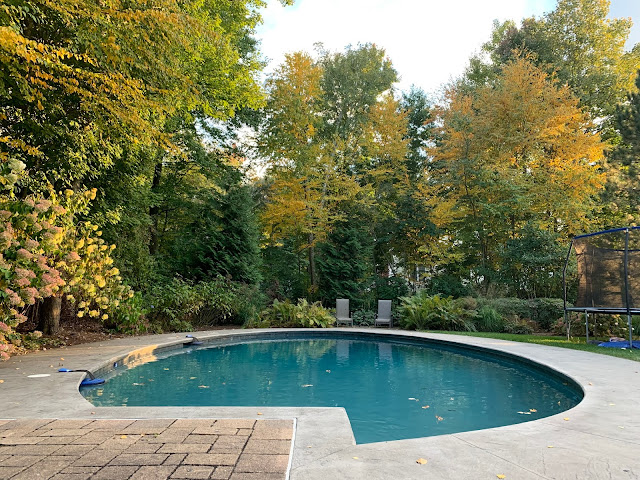 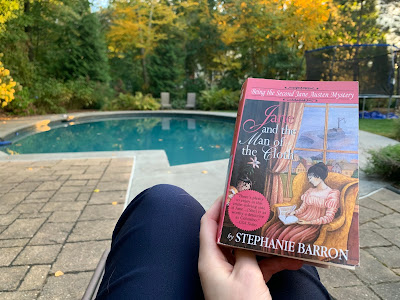 I liked the September dishscape; it was a scene from coastal Alaska. The sound of the water was relaxing and our favorite special features that popped up every so often were a mama bear and her two cubs walking by (it was me and the boys! 😄), and a humpback whale that would surface out of the water occasionally. I keep these dishscapes on for hours during the day because it's pretty to see and it provides relaxing background noise. 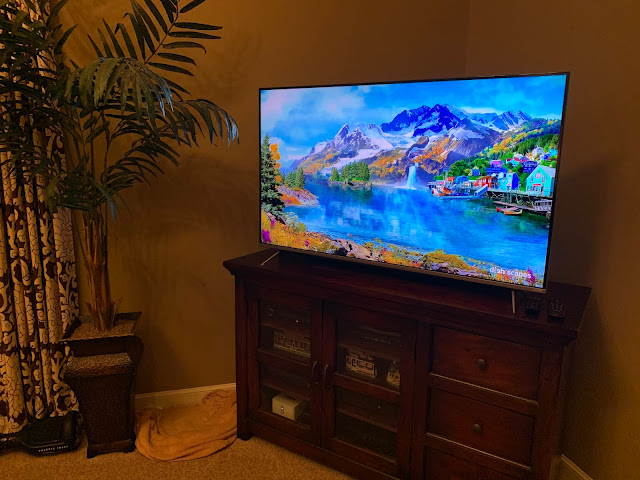