Get and stay prepped and organized! This is a helpful list I use. 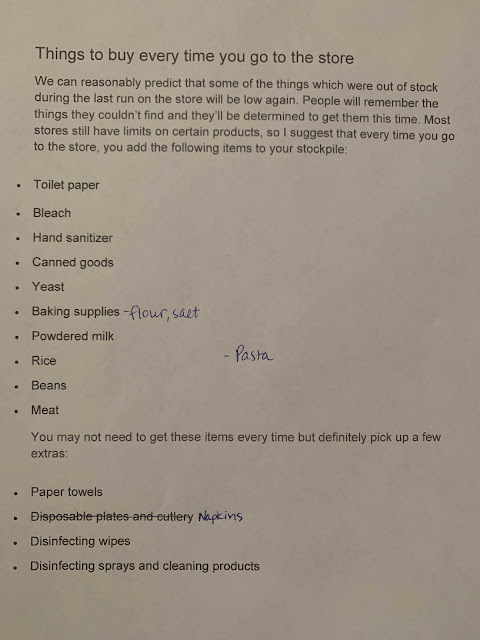 I organized our masks. 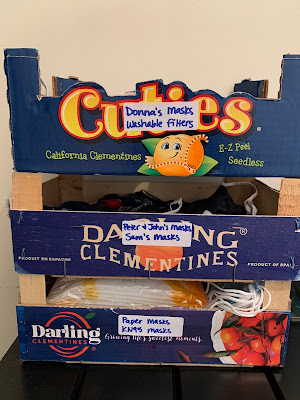 It was a rough summer for the virus, but fatalities were way down, which was encouraging. 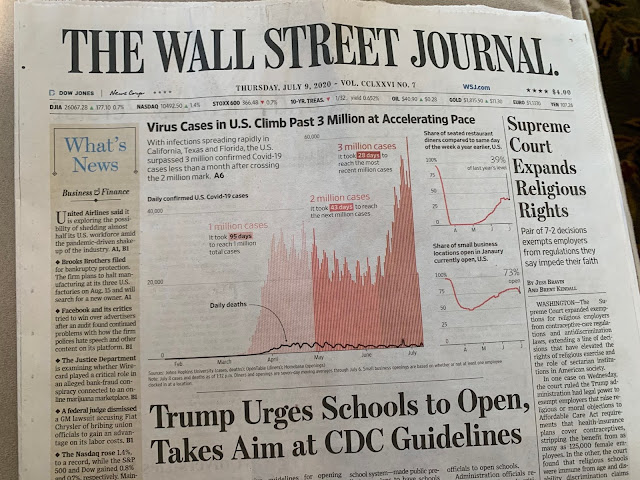 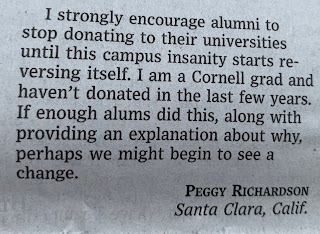 I think I'm going to stop making my annual donation to Penn. I love the school for the education it gave me and for the wonderful experiences I had there, but I don't like how staunchly liberal and progressive it is. I think they're horrified that Donald Trump and his kids went there. 😆 The alumni magazine is a joke to read, unless you're a liberal; then it's a treat. 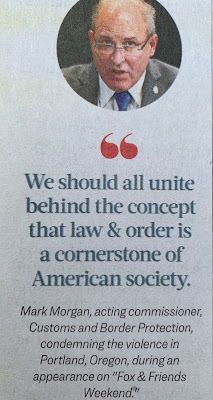 Build your resilience! This is part of prepping for hard times, plus it's a good quality to have anyway. 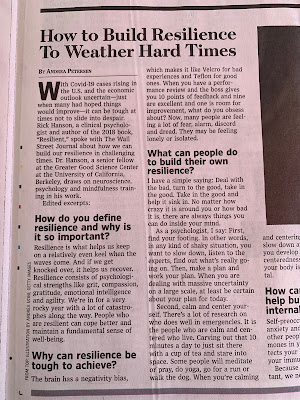 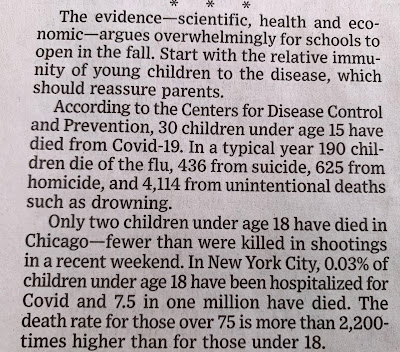 New York & Co. was my favorite clothing store in my newlywed/working woman years. I still have a shirt from there that I really like. I'm sad they're closing. 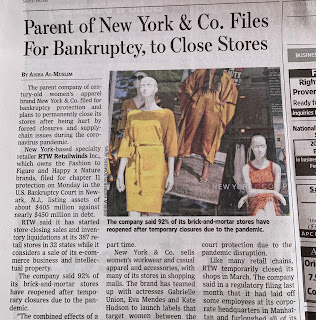 "The reality is that we may have to live with the virus for a long time, and that means managing its risks while letting the economy function to avoid mass poverty. The price of lockdowns is higher than their benefit." 👏 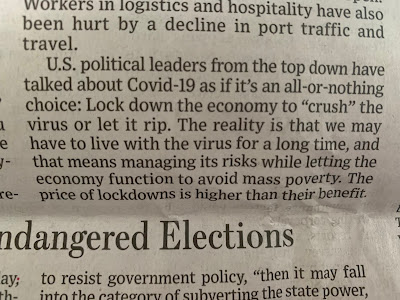 This guy is one of my favorite commenters on Organic Prepper articles. He's former military and/or law enforcement and I've learned a lot from his comments. 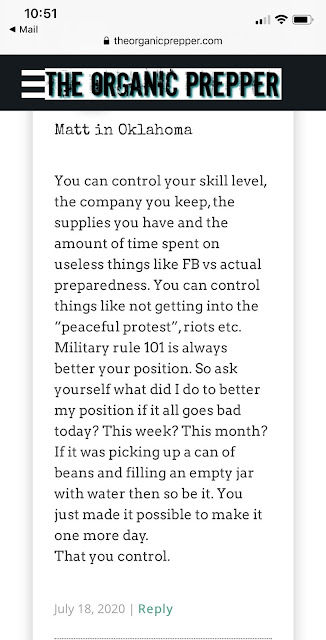 Prep regularly and often. Over the years I've made it a habit and a hobby in my life.
This guy is another one of my favorite commenters (except that I don't like that he refers to his wife as "the wife"--that bugs me). He's a former Marine. These guys have a lot of good insights.

Thoughts on race and racism
Another Ivy League university being dumb. 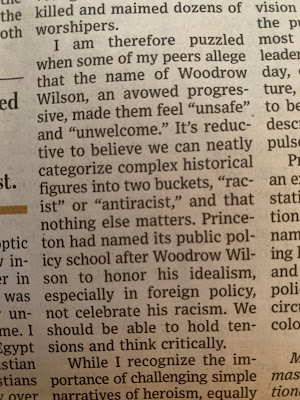 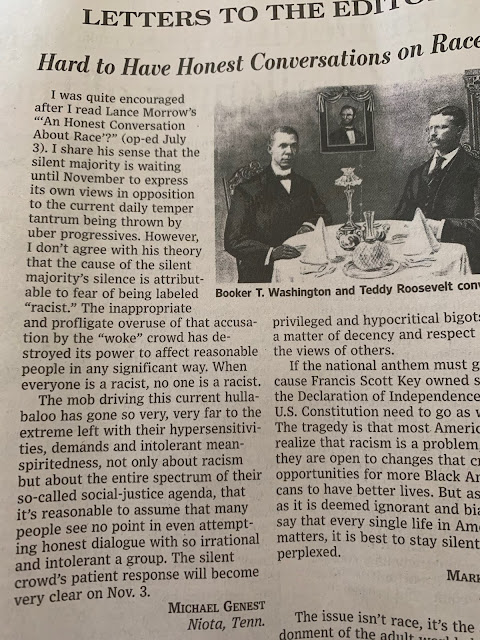 I do not support Black Lives Matter (and that doesn't make me racist). 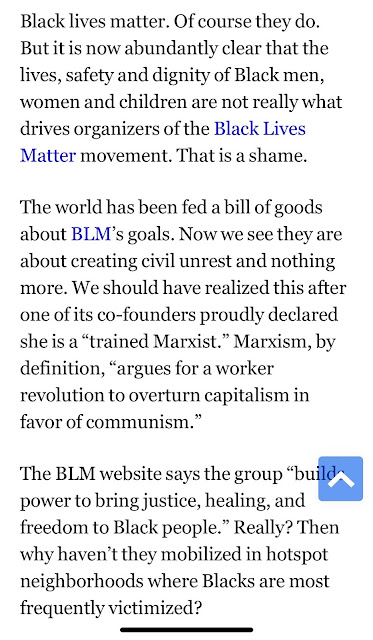 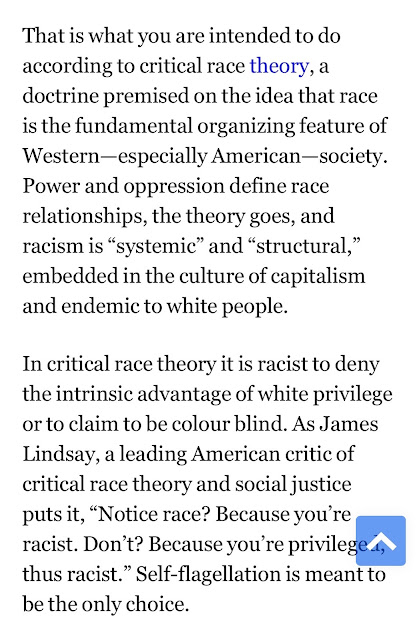 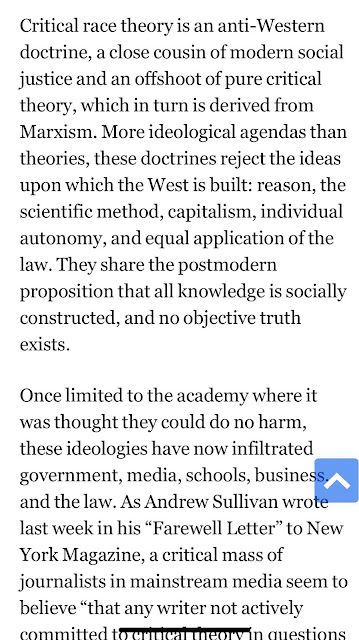 This is what I've long thought as to why slavery wasn't abolished when the country was founded. 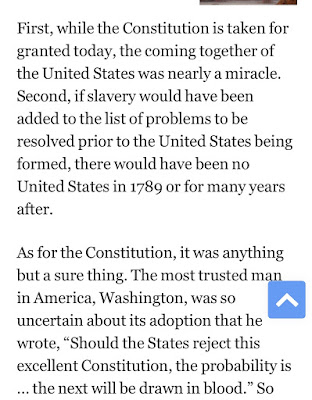 I believe that the U.S. was the greatest anti-slavery movement in the history of the world. After thousands of years of being practiced in many cultures worldwide, slavery was finally largely eliminated in the world and completely abolished in the U.S. within 100 years of the founding of this country and its inspired principles. 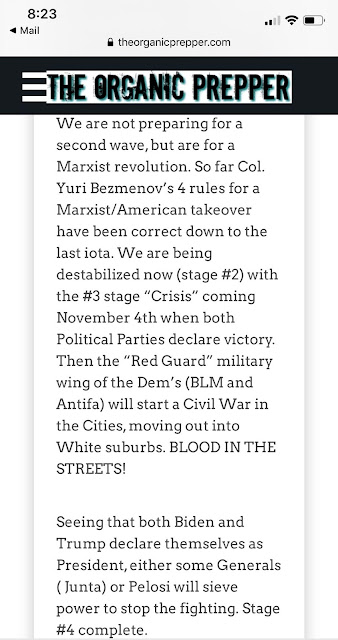 I'm so thankful to be a member of the church and to have the strong testimony that I have. It makes ALL the difference for me in how I live my life and how I deal with hard things. 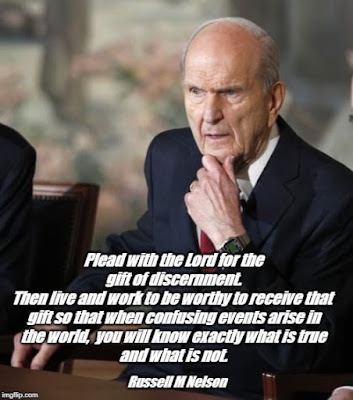 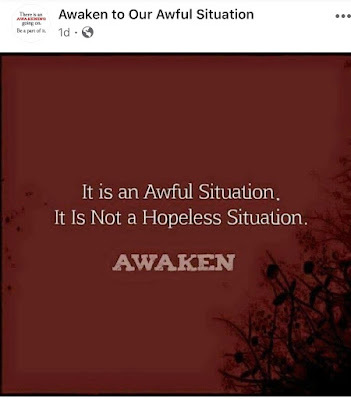