It was an unusual Fourth of July because of this unusual year and its unusual circumstances. There were no fireworks on the beach, which is one of my favorite things about celebrating the Fourth on Cape Cod. There were more things than usual that were closed. Social distancing and masks were in full force. But at least the beaches were open. Because it was so different, I decided to go to the Cape just for the Fourth weekend, and to delay my annual summer trip there to the middle of the month. Peter and the boys decided to go for most of July, so I got some time to myself at home which was nice, especially after months of being cooped up together at home.

The Fourth was on a Saturday, so on Saturday morning I got up and drove to the Cape and beat the traffic. Peter and the boys were already there. It wasn't a hot day so we didn't want to go to the beach. We did a fun dragon-themed escape room instead, which we won. 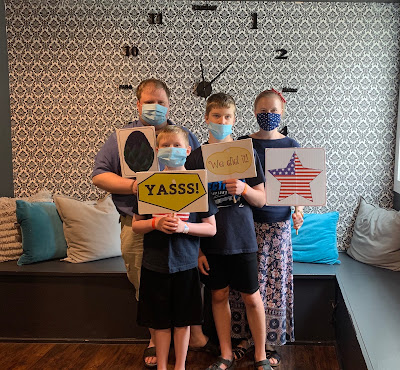 It was a new escape room place on the Cape that we hadn't been to yet. It was really good, and it was in one of my favorite outdoor shopping centers. 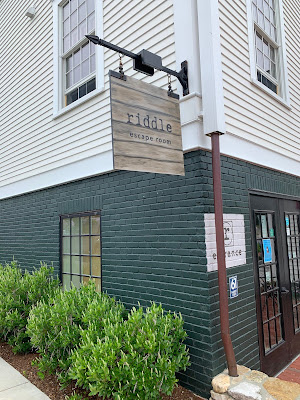 Then we enjoyed a delicious lunch. Bruschetta and PEI mussels for appetizers, and perfectly cooked salmon and asparagus spears for me. 😋 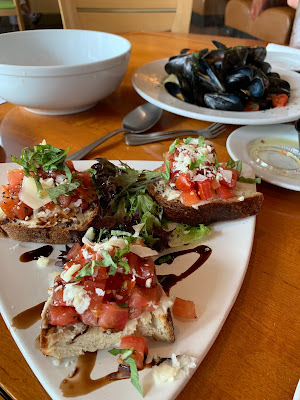 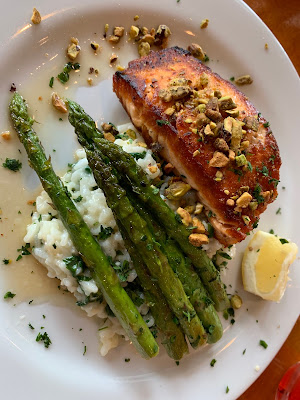 Sam and I stopped in at a toy shop too. 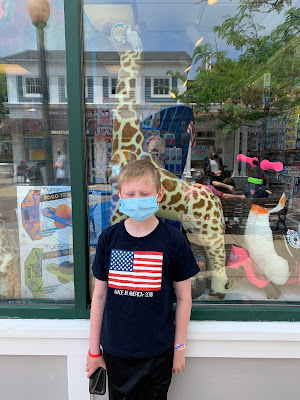 We played mini-golf at the place down the street from our house. I got not one but TWO holes-in-one, a feat that no one else in our party of four was able to match. 🙌 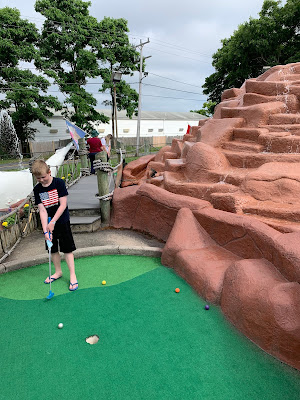 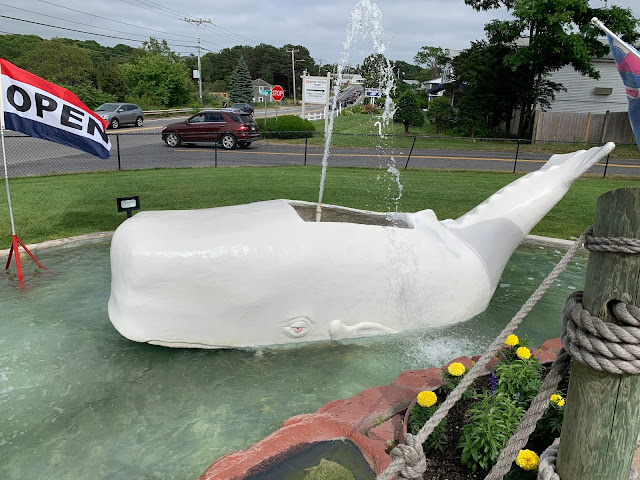 We bought a special cake at a bakery and it was good but most of it ended up going to waste. We shouldn't have bought such a big cake for the four of us, especially when the boys don't even eat very much cake. For that and other reasons, we missed having family there like we always have for the Fourth! That night, instead of walking down to the beach to see fireworks, we watched the movie National Treasure. 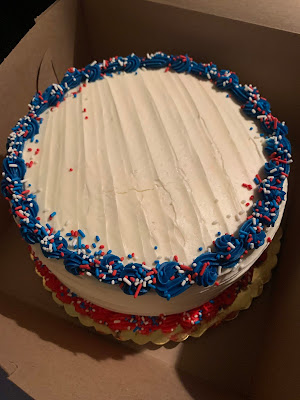 We also got a few cupcakes. This mint chocolate one was SO GOOD! 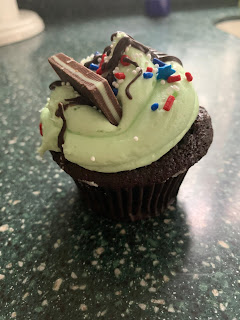 On Sunday we spent a relaxing day at the house. We couldn't go to church because there was a 25-person limit. We had put up a new hammock the day before which was a nice addition to the backyard. 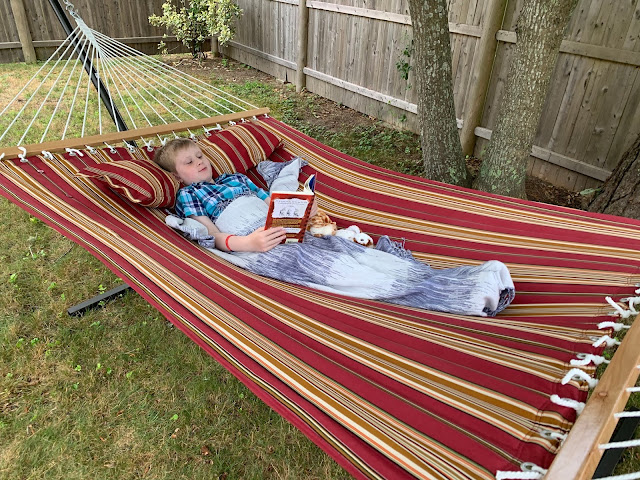 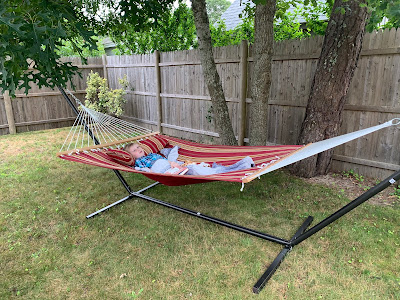 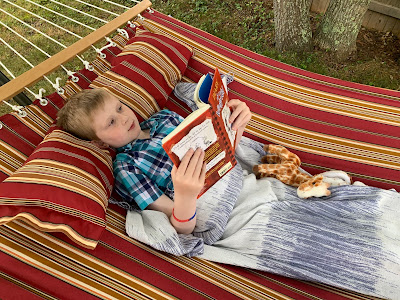 Echoes of a British garden in the backyard 😍😆 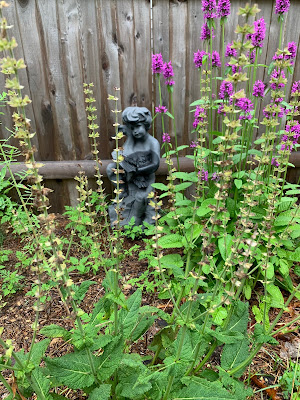 On Sunday evening we watched the new Aladdin movie (it was good!). And then on Monday morning I went home and left the guys at the Cape. It was a quiet, subdued, peaceful Fourth of July weekend. I hope next year that the fireworks and family will be back. 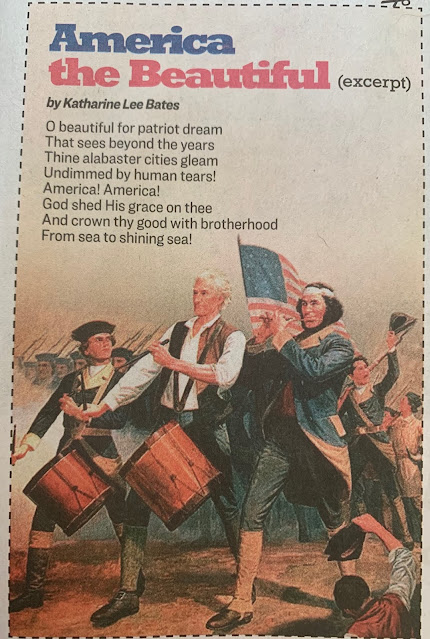 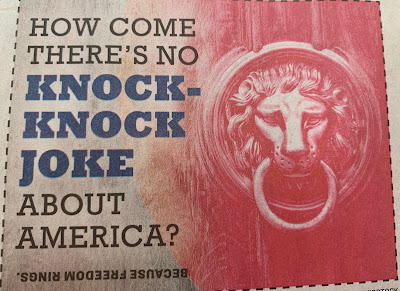 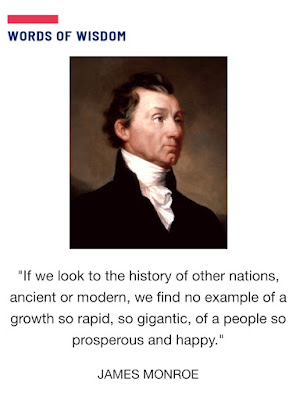