The day before Father's Day we went to Peter's parents' house in Rhode Island for a get-together with them and his grandfather and Peter's brother's family. It was a beautiful early summer day and it was nice to see each other after months of being stuck at home.

I got the brothers to play chess together. I was hoping Paul would win in order to bring Peter down a few notches, but Peter won again. 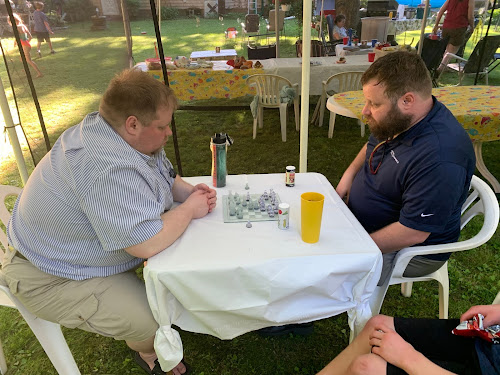 There were some fun yard games set up. 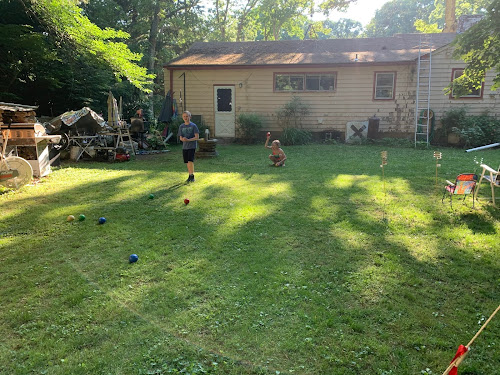 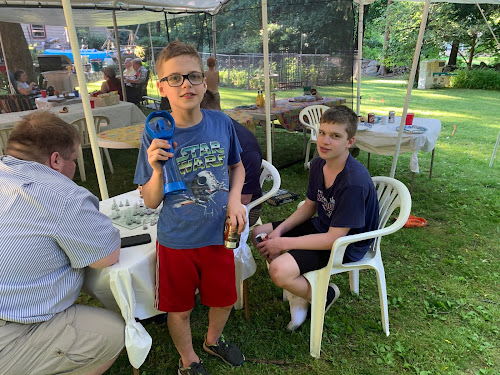 After Paul's defeat, Peter and Andrew (Paul's son/Peter's nephew) played a game together. I won't spoil the ending for you. 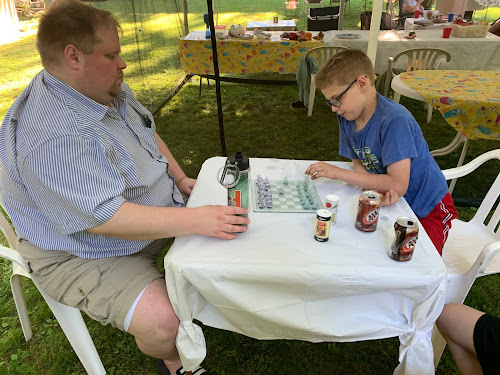 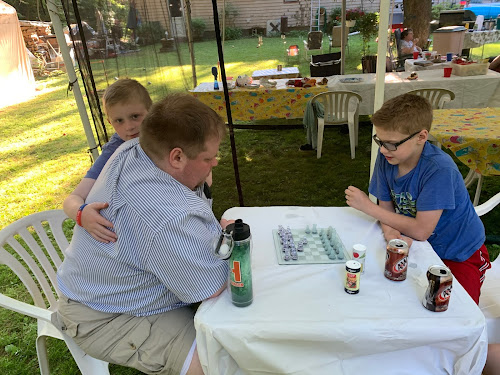 Peter's parents have a nice big backyard with a long stone wall that Sam likes to climb along. 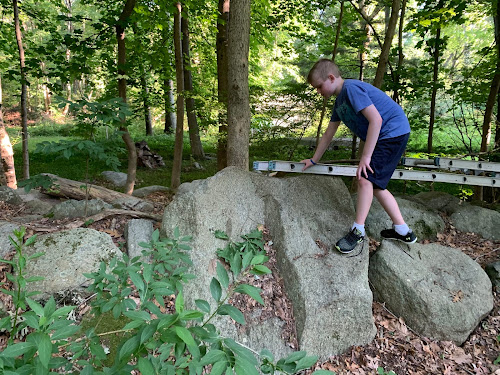 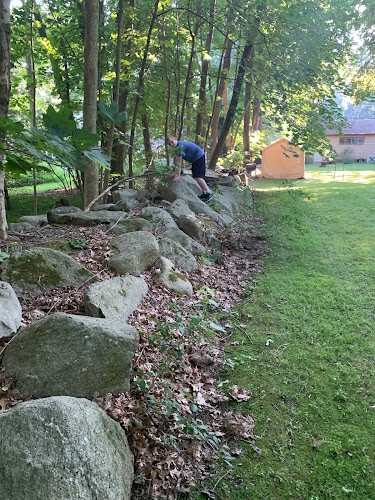 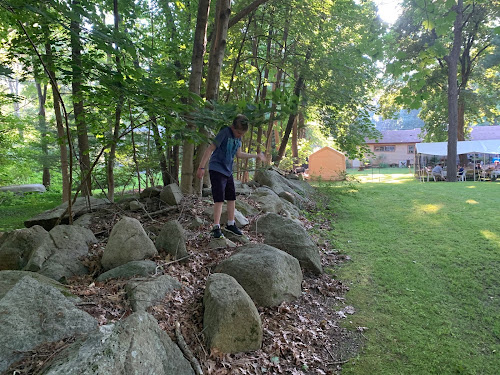 Peter's grandparents built the house and raised their five kids there. Their daughter (Peter's mom) was the next and present owner, so this is where both she and Peter grew up. It's neat that the next generation is now there too (not to live, but to visit). 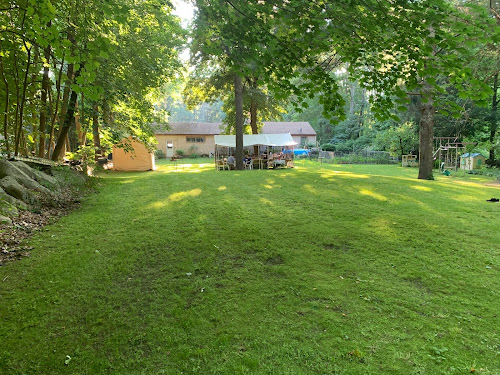 Back to the chess game...Peter was winning and Sam was in a cuddly mood. 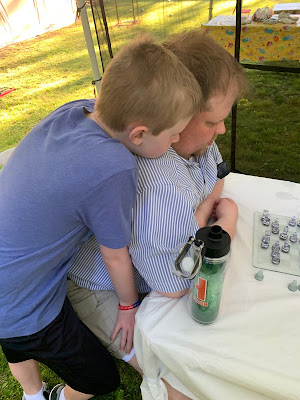 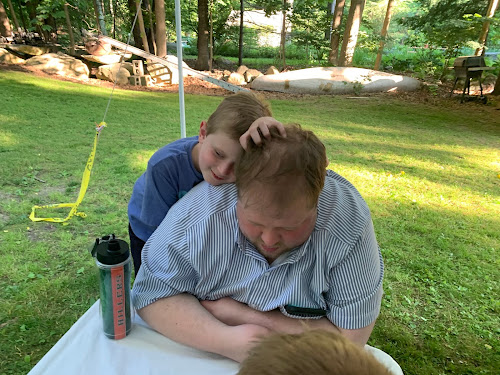 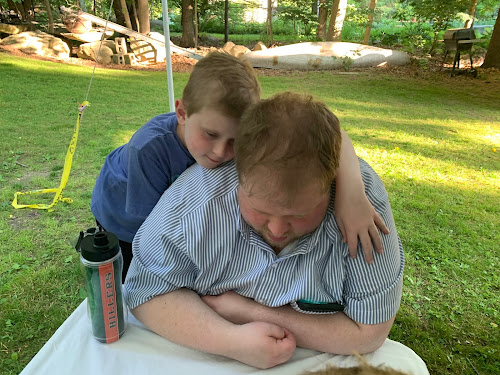 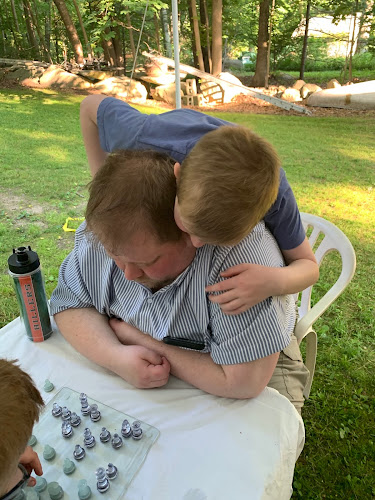 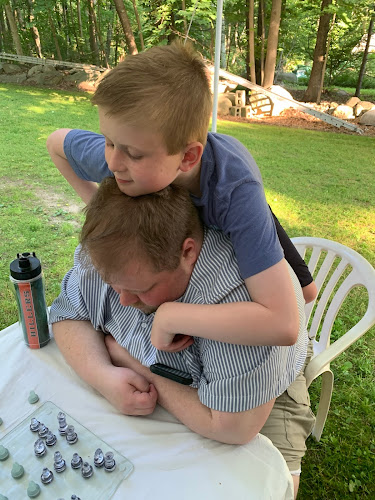 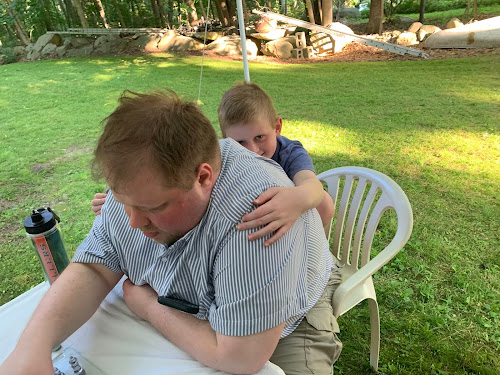 I think these pictures are so sweet, especially since it was Father's Day weekend. Perfect!