General Conference was different this year (as almost everything is different this year). It wasn't held in the Conference Center with the huge crowd that usually attends. In fact, there was no crowd, and it was held in a room with only the speakers present who all sat socially distanced from each other. The Tabernacle Choir couldn't sing, so clips of their songs from the past were used. It was strange, but it worked fine, and the messages were what really mattered, and they were comforting and illuminating, especially during the first few unsettling weeks of the pandemic. I'm so thankful that we have a literal prophet of God to guide us, and that I believe in him as much as I believe in my Savior. 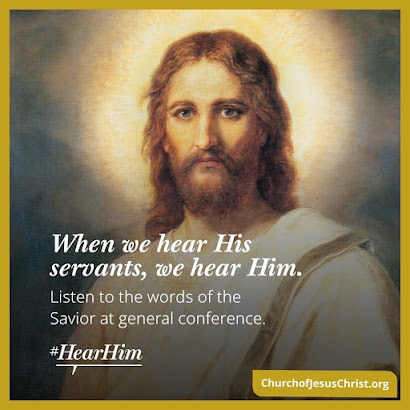 I stocked up at Whole Foods that week (not just on whole foods though 😄). 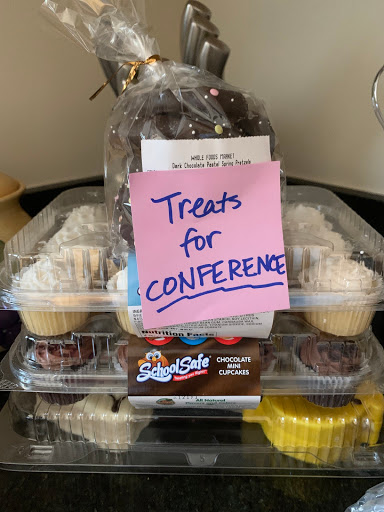 Easter was coming up the next weekend, so...Easter cakes! 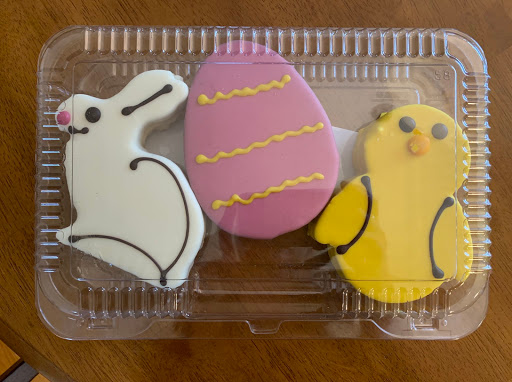 A couple of views during Conference. Sam was watching from the upstairs hall. This is what I saw when I looked up from where I was sitting on the couch. 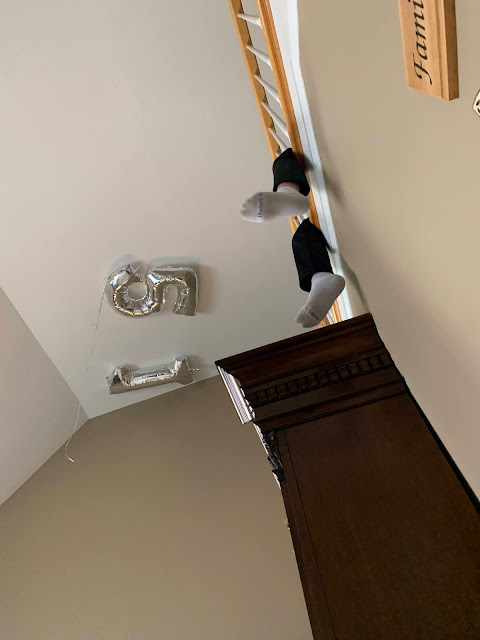 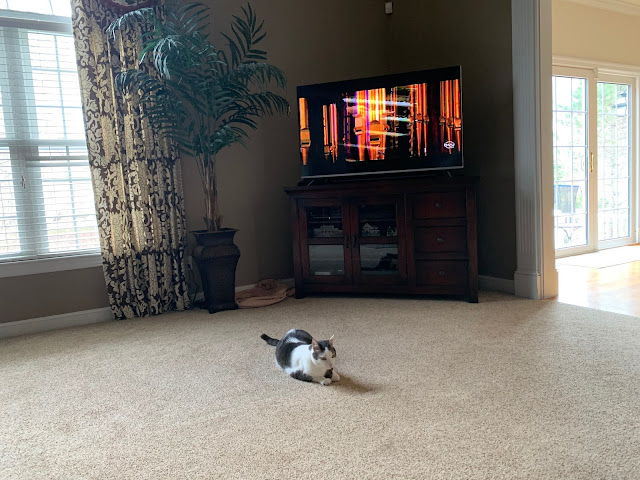 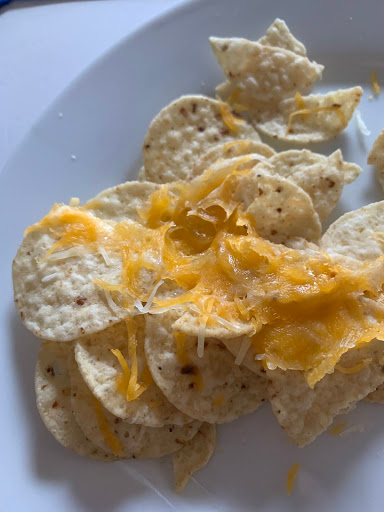 President Nelson called for a worldwide day of prayer and fasting for COVID relief for the following Friday, which was Good Friday, which I participated in. I hope it helped in some way. 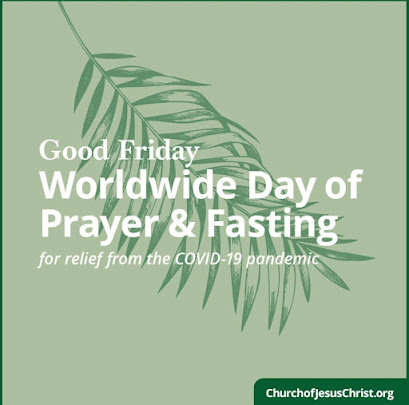 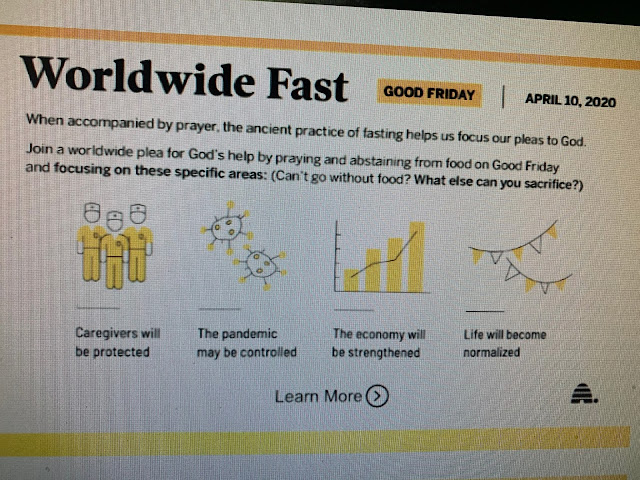 I'm so thankful for President Nelson. Following his counsel has helped me in significant ways over the last few years. 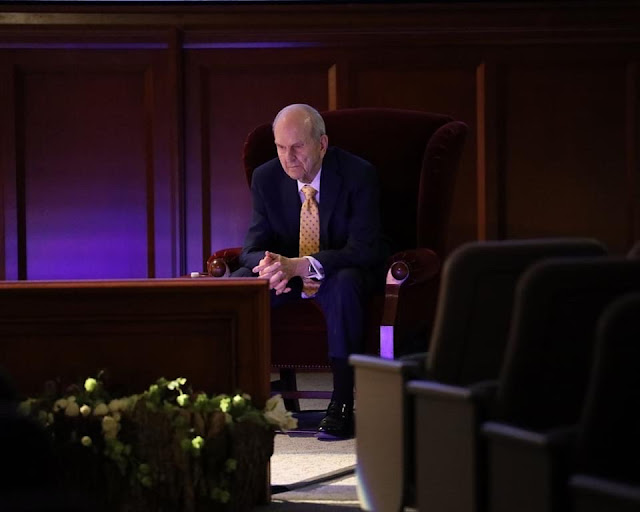 I don't have many pictures from Easter. It was a cold day, and like all the other days that month, it was spent at home. I missed being able to go to church. 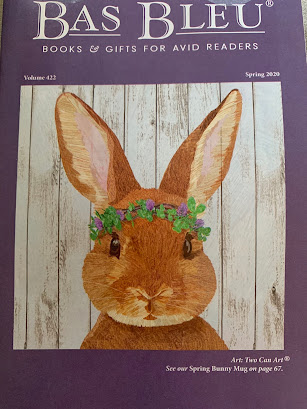 Our Primary did a fun little online Easter Egg hunt where you posted a picture of Easter eggs in your home and the number of them, and people had to find them all. Sam helped out with ours. It was cute. 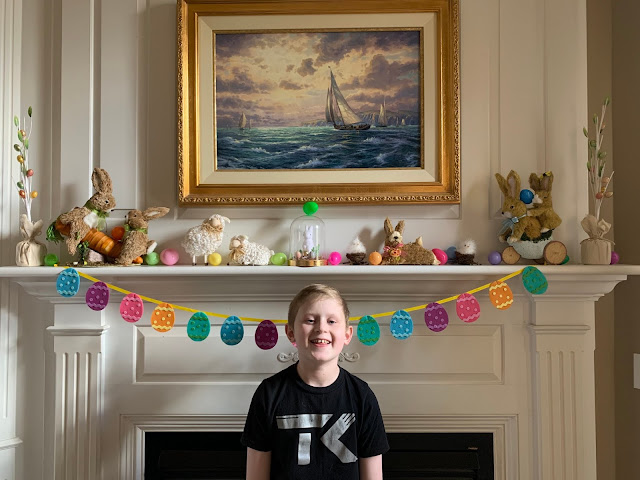 This was our Easter brunch/dinner. It was good. I wouldn't normally do this but we were in lockdown and it supported a local business that we like.

Off with its head! That's the only part I ended up eating for some reason. 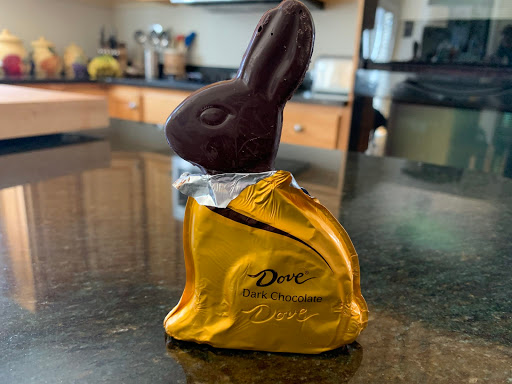 It was the first Easter that we didn't dye eggs, one, because eggs were hard to come by at the time, and two, because the boys have pretty much outgrown it and don't care if we do it or not.

Even though they weren't all that they usually are, Conference and Easter were two peaceful oases during a cold, strange month.