John worked really hard last year to qualify for the National Ninja League World Championships that were held in February. And he succeeded in his goal! It was a really fun experience to go to NNL Worlds and to see athletes from NBC's American Ninja Warrior and so many people from around the country and the world who have discovered and embraced the new and growing super-fun sport of ninja. 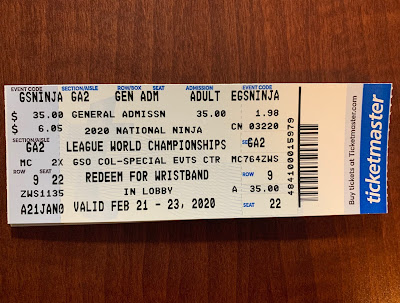 Before the opening ceremony, which was on the Friday evening of February 21st, we met up with John's team. There are a lot of teenagers who compete in ninja nationwide but John's team is pretty young and he's one of the oldest on his team, which is good because it helps him to be more of a leader and role model for the younger kids. 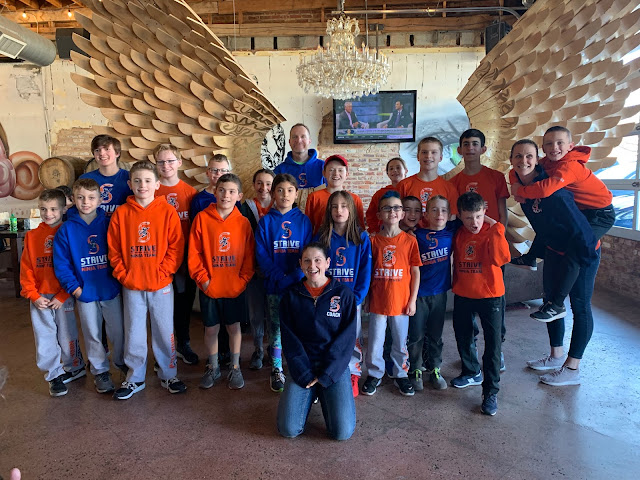 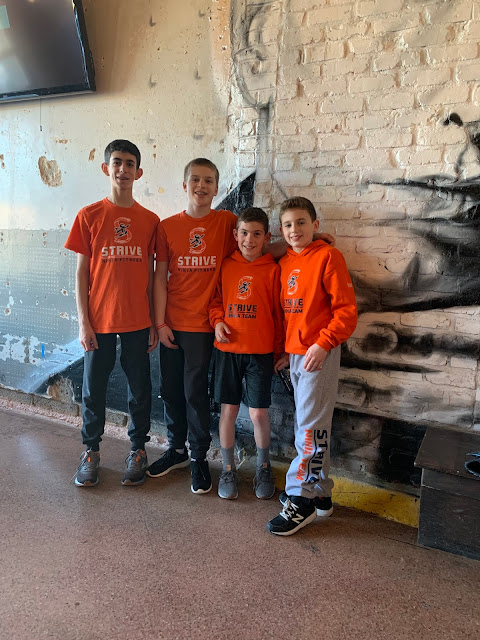 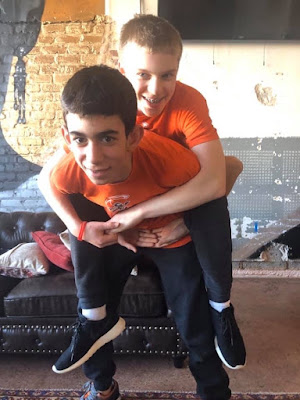 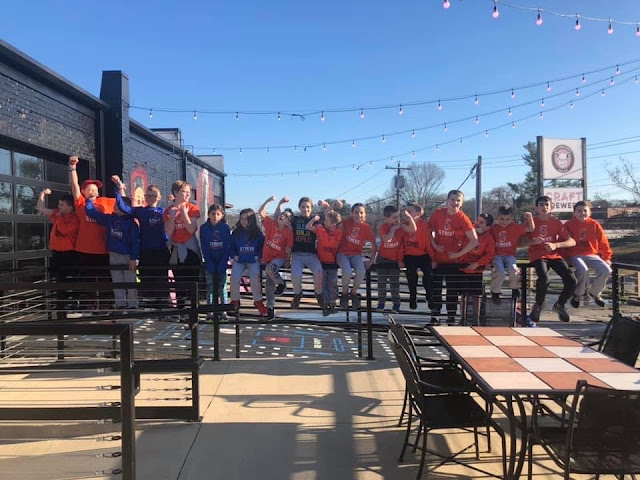 The opening ceremony was super-crowded and the seats we managed to get were in the top row of the bleachers in a corner of the arena. There was a parade of all the teams from around the country and the world that were competing that weekend. 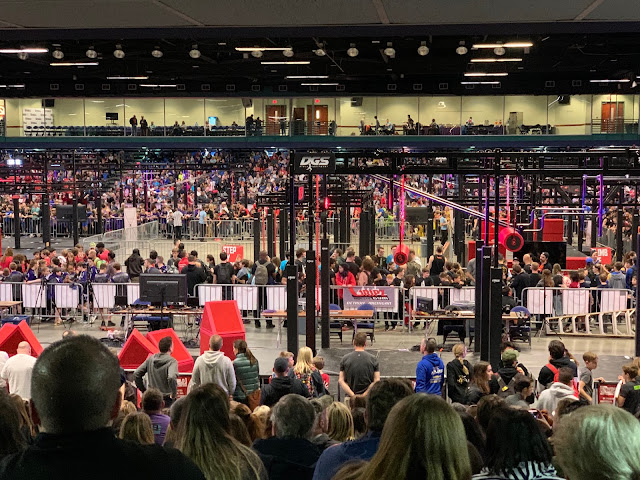 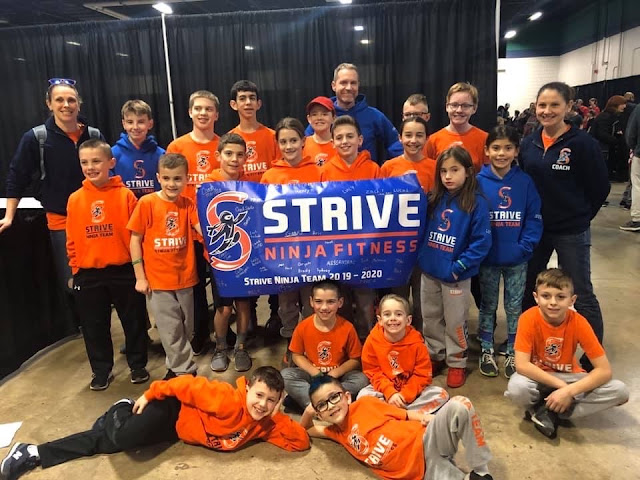 John competed on Saturday morning in the teen group. There were over 200 teens, male and female. He was nervous but excited and he did well, but not well enough to progress to Stage 2 which he was pretty disappointed about. He could have done it but he fell on an obstacle that he could have done. So that was a little disappointing, but he got over it by the end of the day. And he still got to compete in the Special Skills Challenges the next day, which he did well at.

Getting ready for his turn. He was up next. 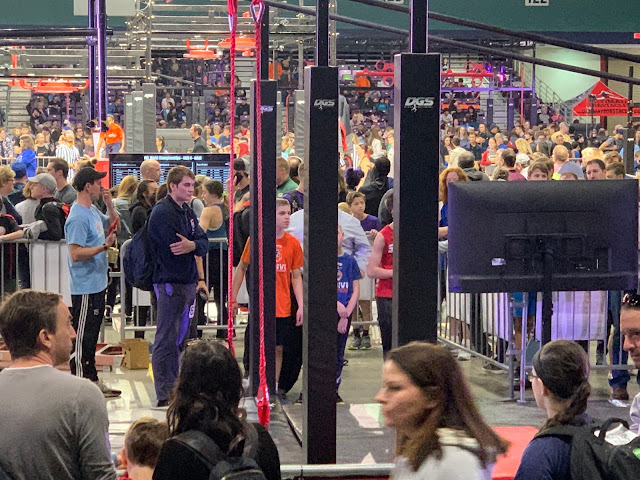 Here he is up on the starting block right before he went. I don't have pictures of him doing the course because I took a video of it instead of pictures. 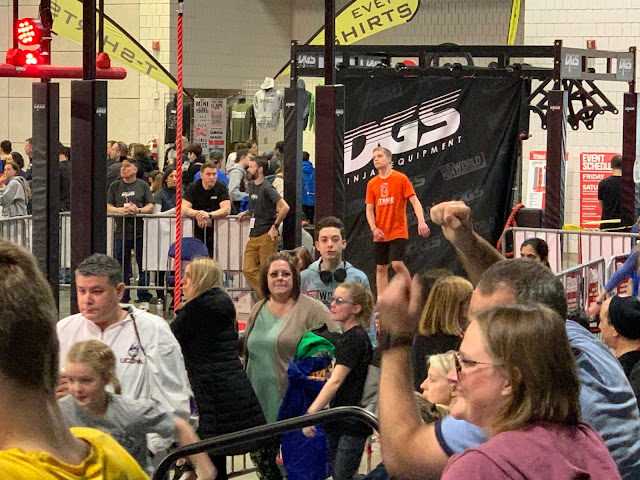 With the personalized banner I'd ordered for him. It now hangs on the wall of his bedroom. 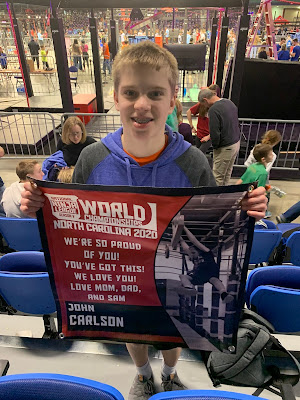 It was really fun to see and meet some of the ninjas from the show. We got pictures with three of them. 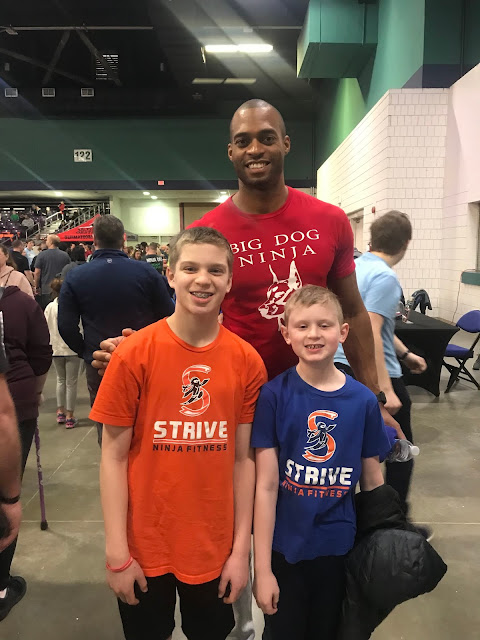 Joe Moravsky is one of my long-time favorites! 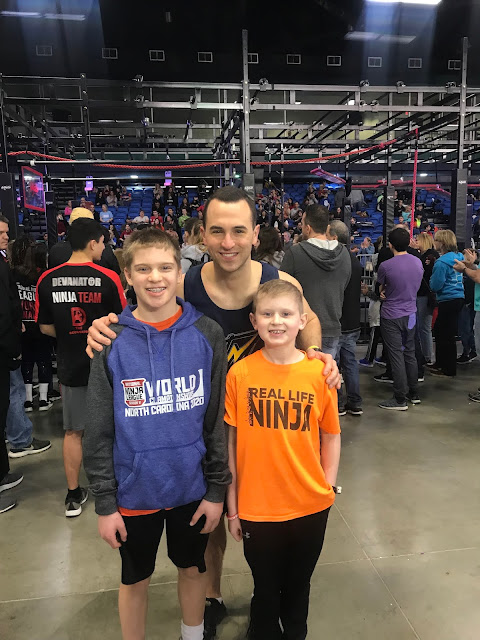 Daniel Gil from Texas is SO NICE and has the best attitude. And those dimples! And that hair! 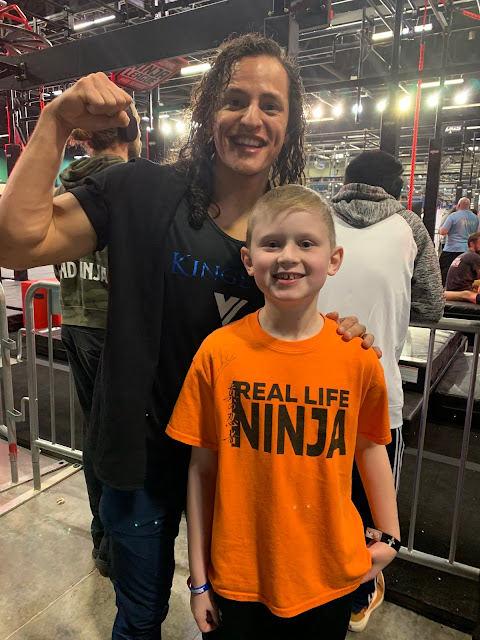 Sam could very well be a competitor at NNL Worlds in the future! 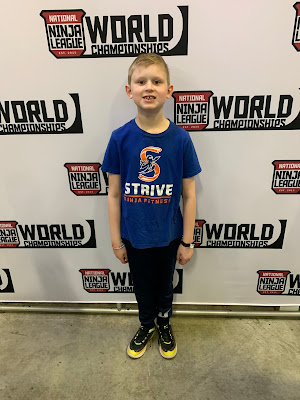 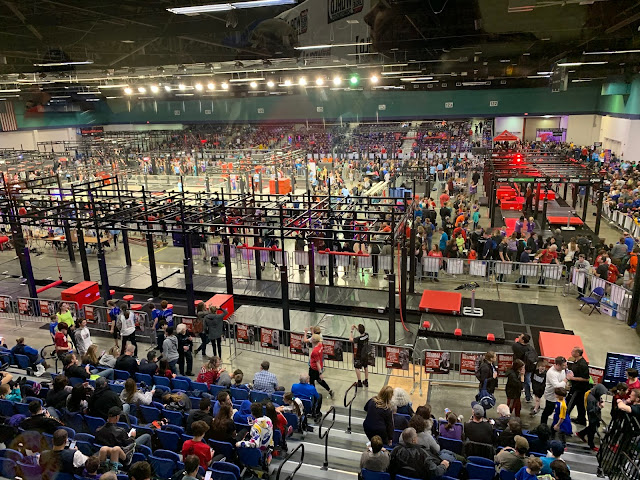 NNL Worlds was so fun! It was very fortunate that it was held before the coronavirus pandemic really hit America only a few of weeks later. It would have been cancelled for sure if it had been scheduled for anytime past the first weekend of March. I hope we'll be back again in the future!