The Early Days of August 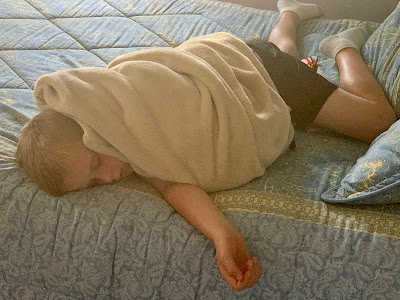 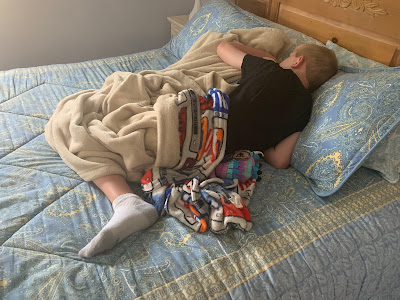 I can't remember the last time John took a nap! 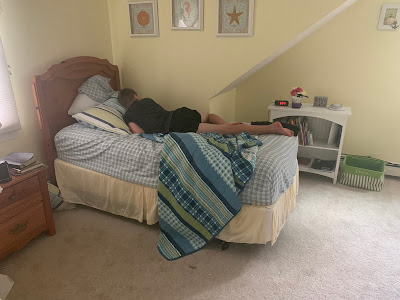 Sam at ninja practice later that day (and John behind him on the left). Their naps did them good! 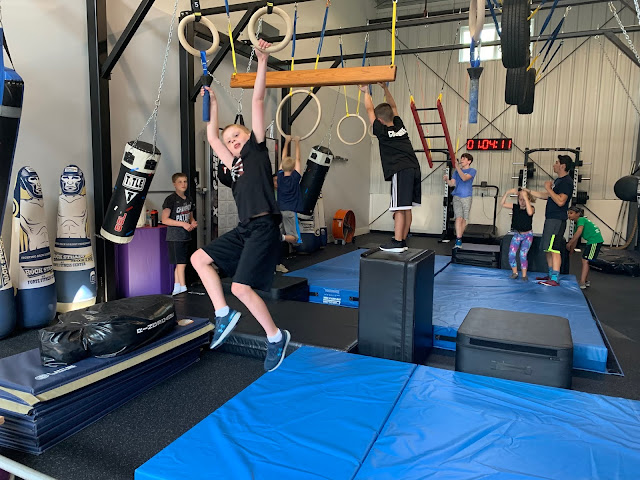 An impromptu photo shoot with my birthday roses with a shell I kept from the beach. 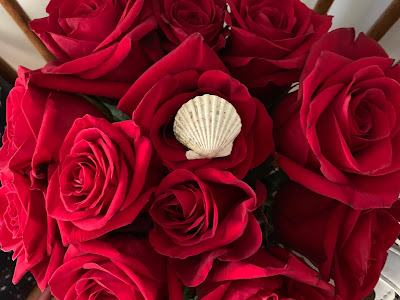 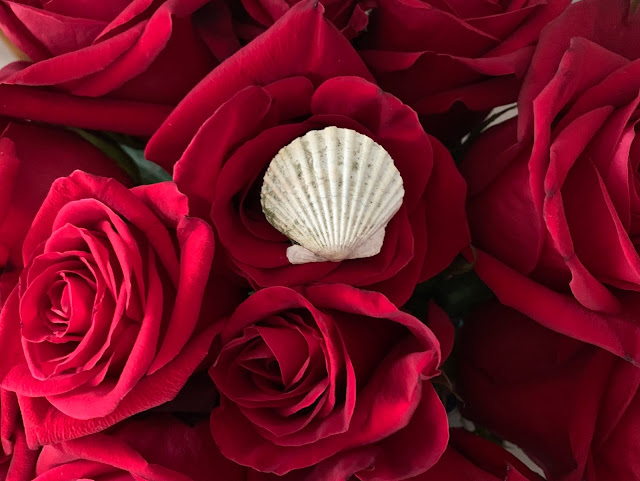 We returned home on August 2nd. It was nice to have several weeks of summer still left until school started. We're still getting used to that because in Iowa school starts at least a week earlier.

We went to the annual family reunion for my mom's mother's side of the family. It was beautiful weather that day (as opposed to last year, when it rained!). 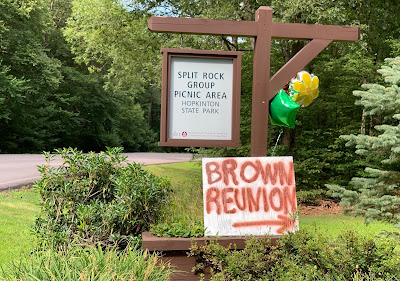 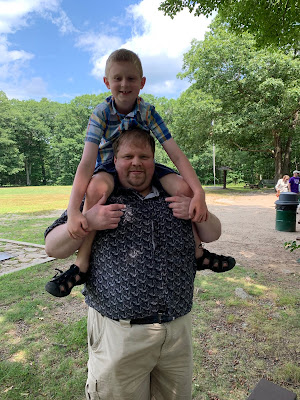 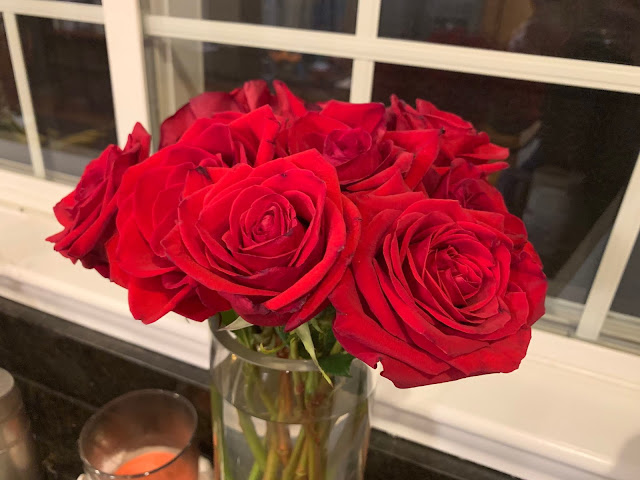 Summer decorations in the family room. 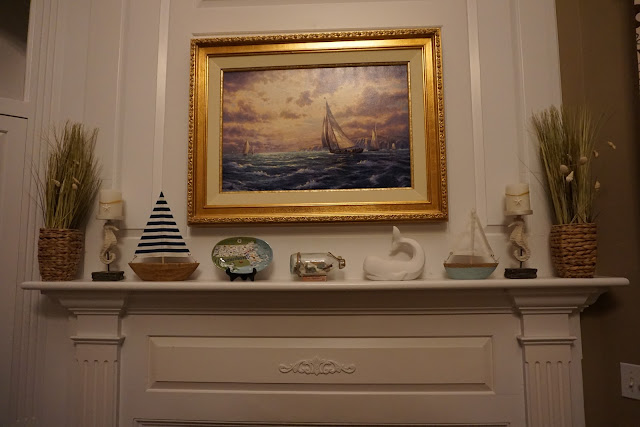 (Not as many summer decorations here, just that chalkboard-style picture down on the right.) 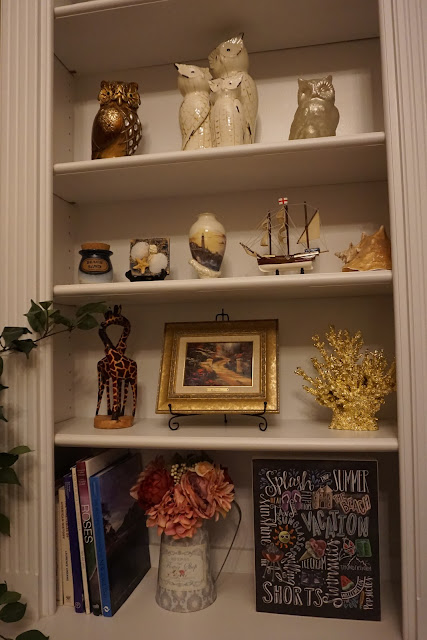 There was a morning when it looked like fairies had come during the night and left their magical dust behind on the kitchen window. 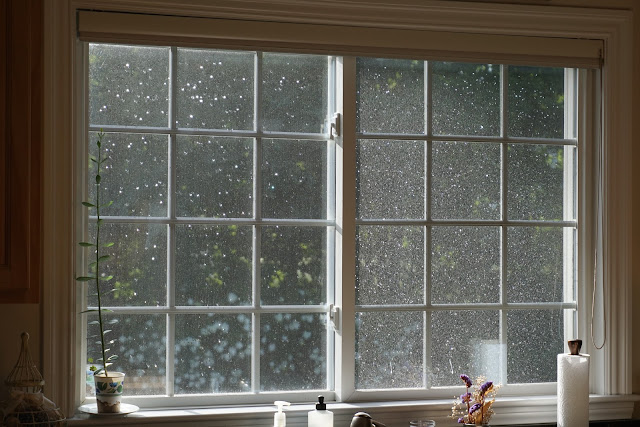 In reality it was probably just dust. 😄