Up Where the Air is Clear

We spent a fun afternoon at The Adventure Park at Heritage Museums & Gardens on the Cape last August. The boys enjoyed doing the ropes courses high above the ground and through the trees. It was Sam's first time and he did really well. John had done it before and he started out with Sam and eventually moved on to the most advanced course higher up. I was inspired by them and decided that the next time we went, I'd follow in Sam's footsteps and do it too.

My ambitions were foiled, however, because only a few weeks after we were there, The Adventure Park was shut down because of a successful lawsuit that had been filed by cantankerous people in the neighborhood who didn't like it. What a shame! I personally decided to pretty much boycott the town of Sandwich until they re-open the park again. The good news is that even though the Park hadn't re-opened yet as of this summer, it's still working through the courts to try to do so. We really hope that it does and that we'll be able to come back here again next summer, and that good will prevail over pettiness and meanness!

It was great how John showed Sam the ropes! (Get it? Ha ha!) 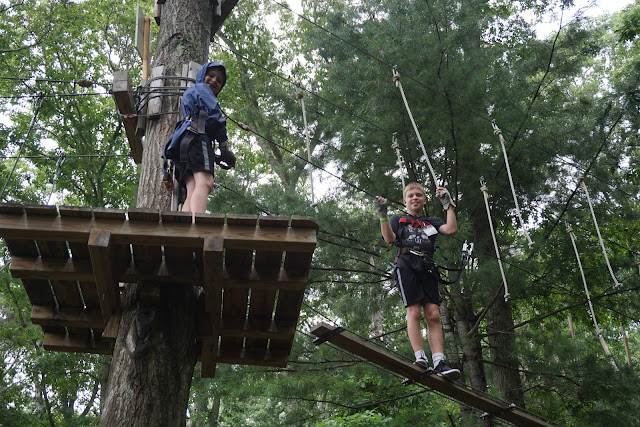 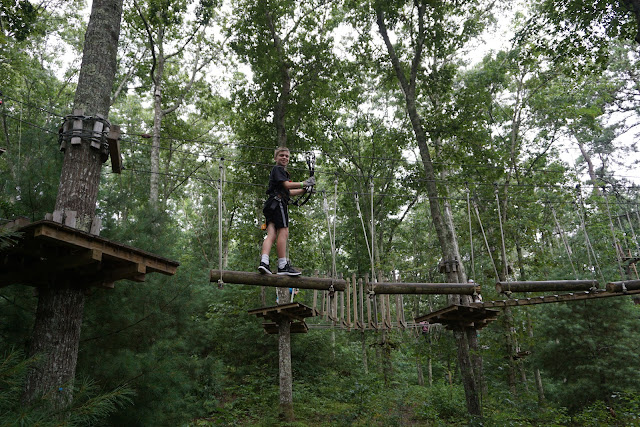 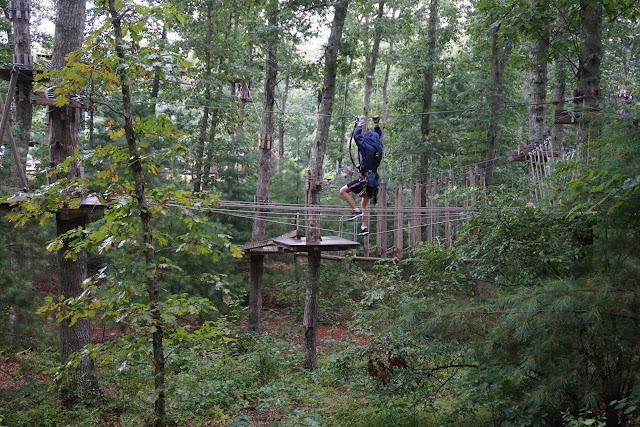 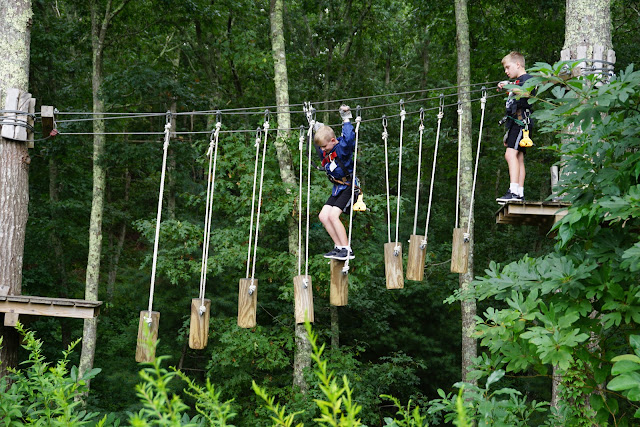 This is so high up! And John was even higher than this. I would have been panicking (in secret, hopefully) if I were up there, but the boys were calm and confident. 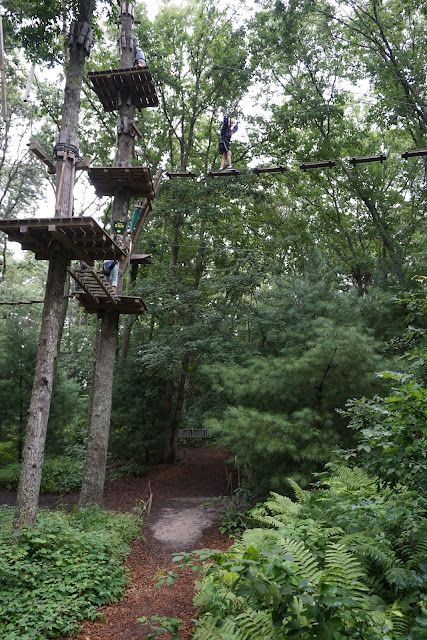 This reminds me of The Jungle Book. 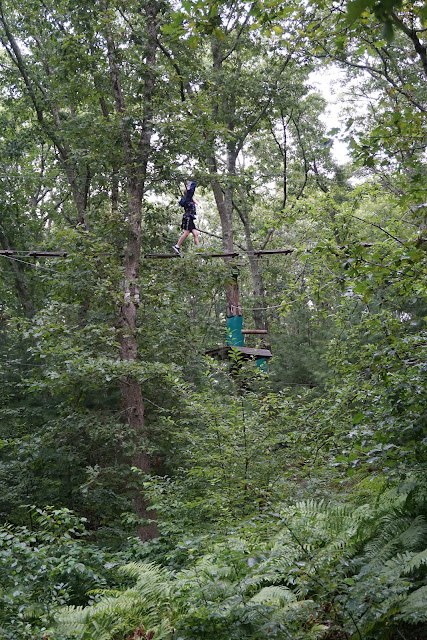 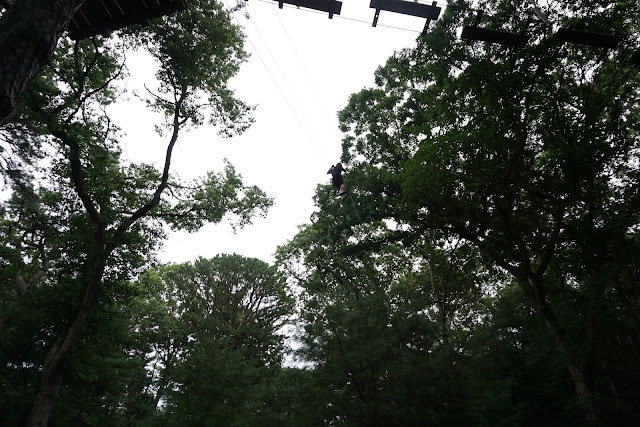 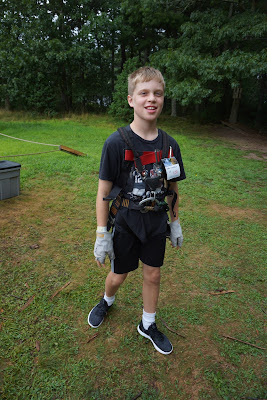 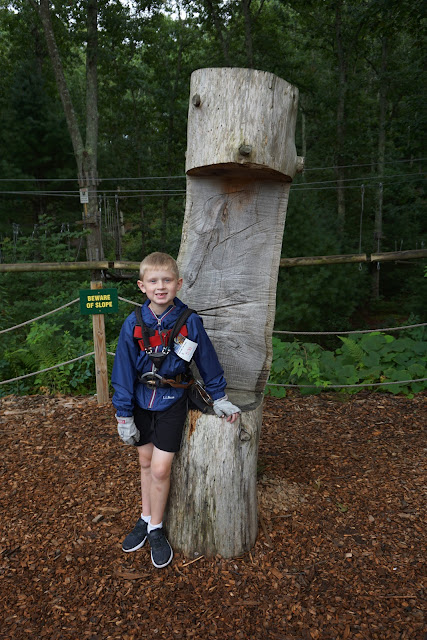 This park was such a great confidence and skill-builder. I sincerely hope that it will come out victorious over the evil neighbors and be the boon to the community (not to mention the local economy) that it once was! 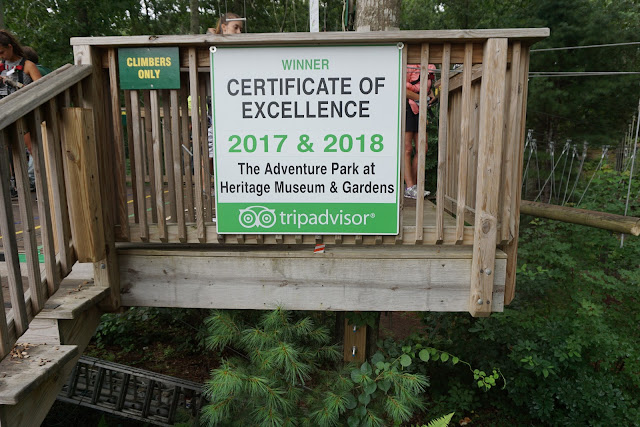