John had his first National Ninja League (NNL) competition last August in Connecticut, in a town right near where we used to live when he was a baby, toddler, and preschooler. So close in fact that we ate dinner at our favorite restaurant in our old town before going over to his competition. It was a fun blast from the past before going and doing something totally new! 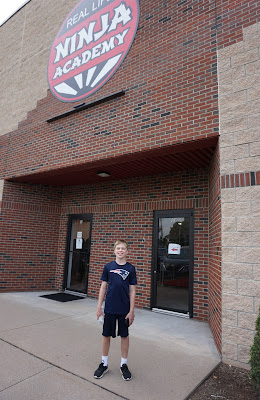 The competition was at Real Life Ninja Academy, which is one of Drew Drechsel's gyms. Drew is a star on NBC's American Ninja Warrior. He's the one who got the farthest on the show last season. He was there setting up the course and going through it with the competitiors and it was neat to see him in real life (get it?! -- "real life ninja" 😄).

That's Drew up there in the red shirt. 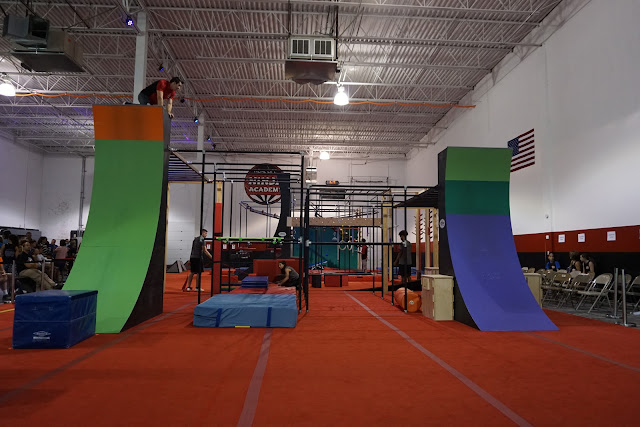 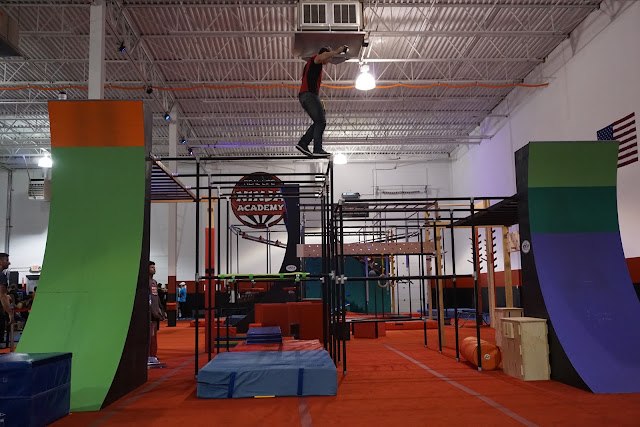 Going through the course rules before the competition began. 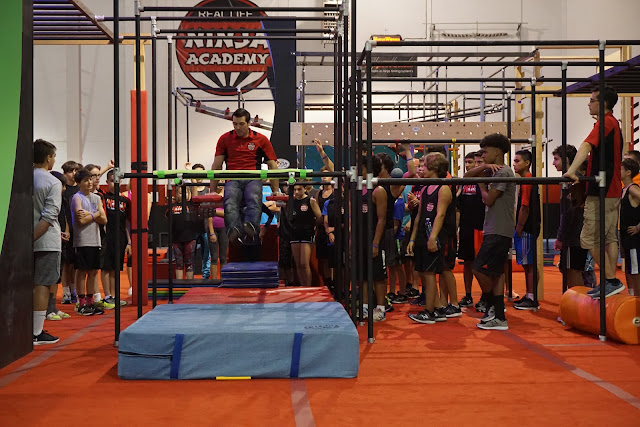 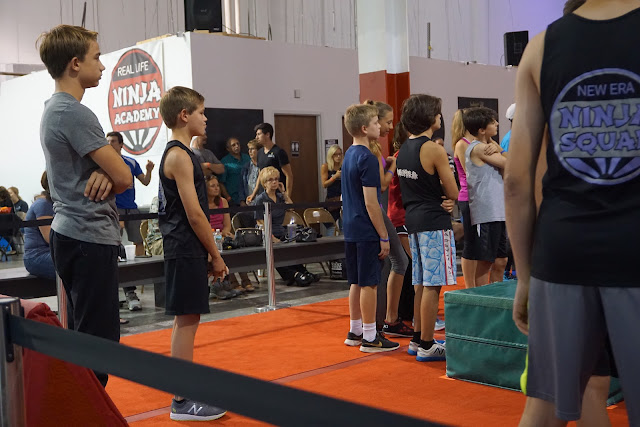 This is John right before he went. He was nervous but he did quite well in his run and was pretty happy with it! 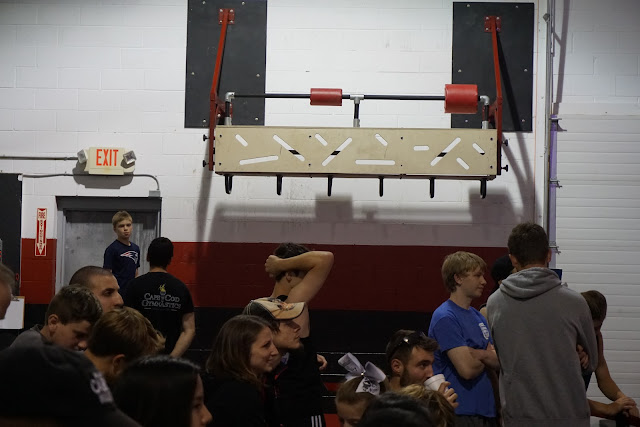 The 90-minute drive home. He was looking up the scores and standings from the competition. 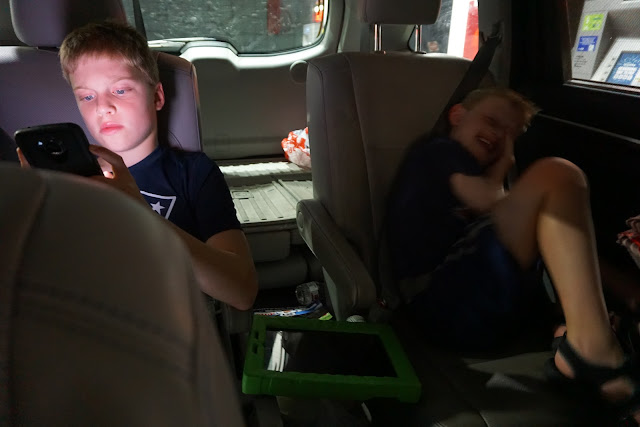 We've enjoyed our first year of going to NNL competitions for John. It's a fun and growing sport and one that we're happy to support!