Because of our move last summer move we went to Cape Cod a lot later than we usually do. Normally we're there by the Fourth of July; last year we didn't arrive for our summer stay until July 27th! And we only stayed for three weeks instead of our usual five to six. But like I always say (not really), any time on the Cape is better than no time!

When we got there, the hydrangeas were in full bloom. This was a nice surprise because the summer before they didn't bloom very nicely. Those hydrangeas trend to be a picky lot! But I forgive them because they're so pretty and they do all the work on their own (I've never cut them back or anything--or whatever one is supposed to do with hydrangeas). 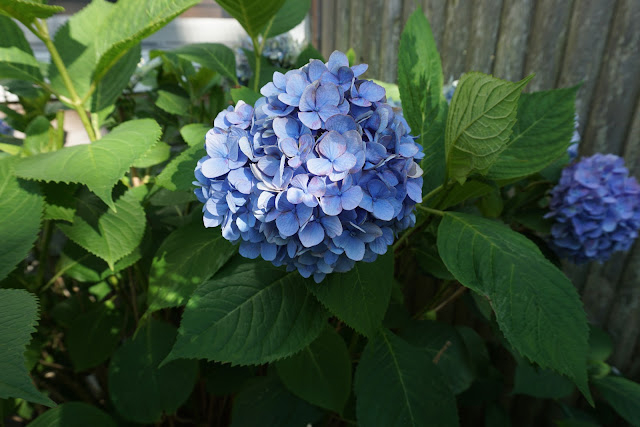 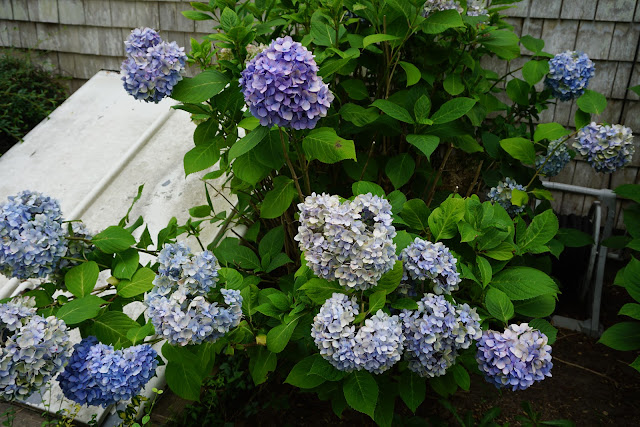 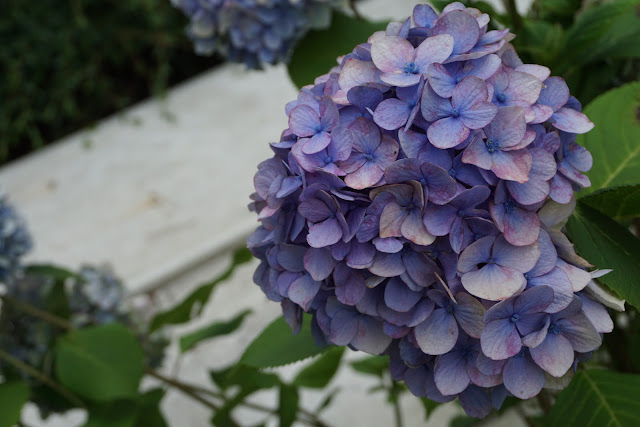 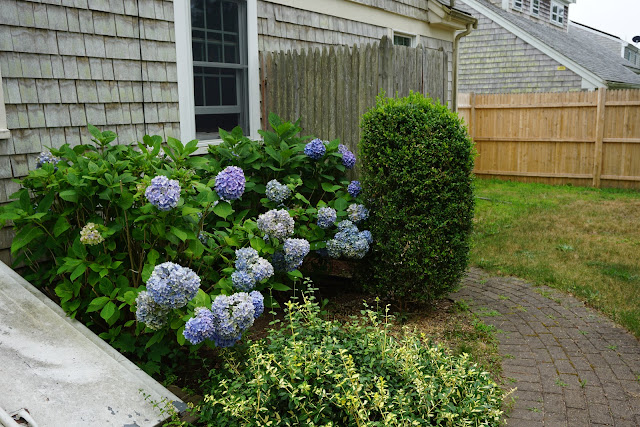 We had to replace the backyard fence in the spring (it was very old and two sections of it had come down). This was my first time seeing it. It looked nice! 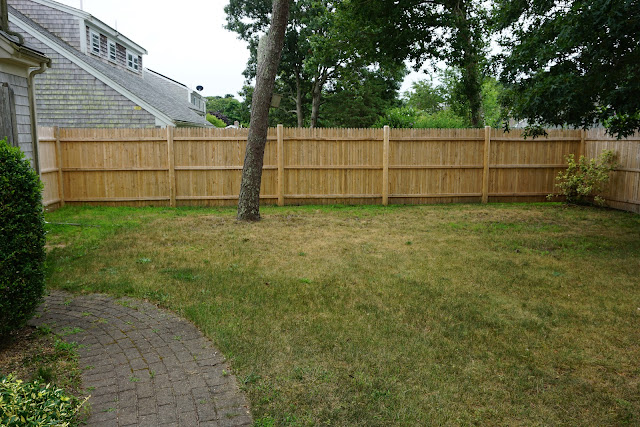 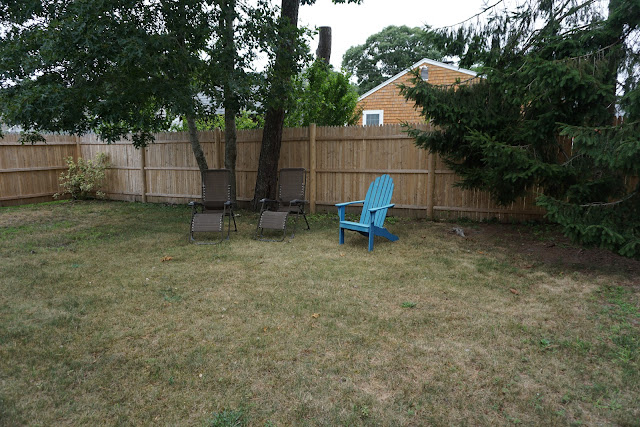 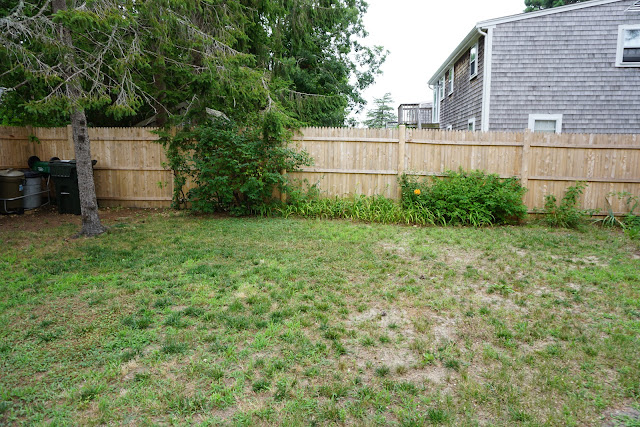 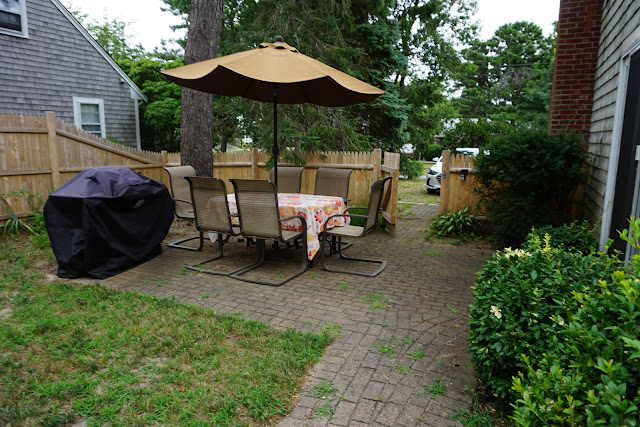 I'd still like to someday get hydrangea bushes lining the fence. It would be so pretty!