Last summer John was part of a Ninja Warrior competitive team (called "Gym-ja Warrior") that he practiced with at Cape Cod Gymnastics. He absolutely loved it because he's a huge fan of American Ninja Warrior and he's really good at this stuff (see the rock-climbing post I just did). He got to do one competition last summer, at a ninja gym off the Cape in Fall River. It was his first ever ninja competition, and he really enjoyed it, even more than his gymnastics meets. He was definitely in his element! 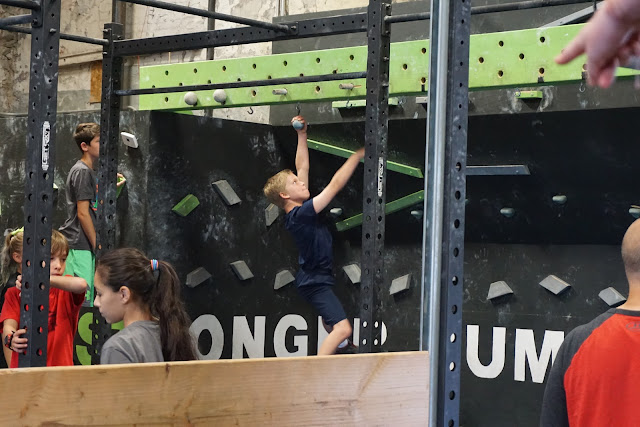 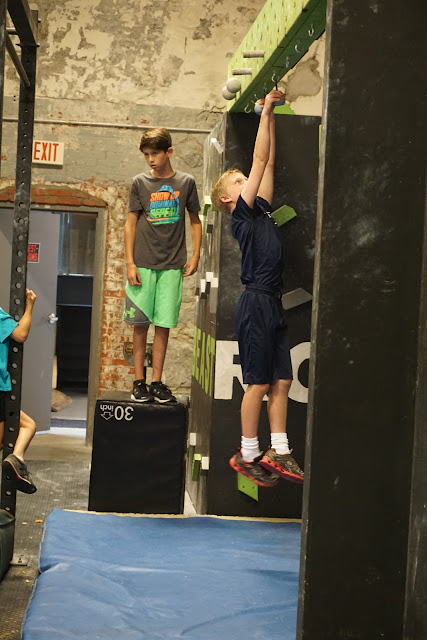 Listening to the rules and rundown before the competition got underway. 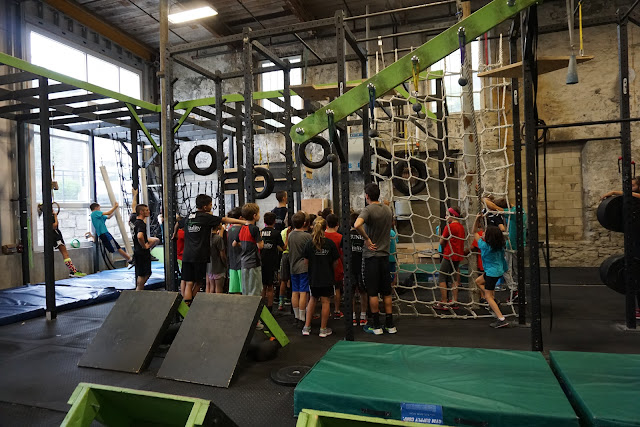 The kids competed in teams of three, along with an older kid assigned as their coach. 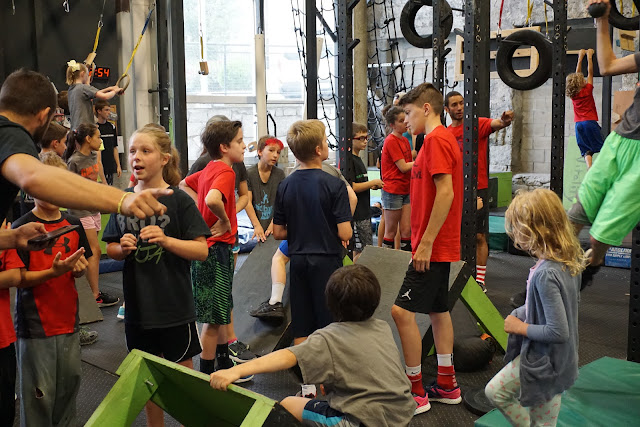 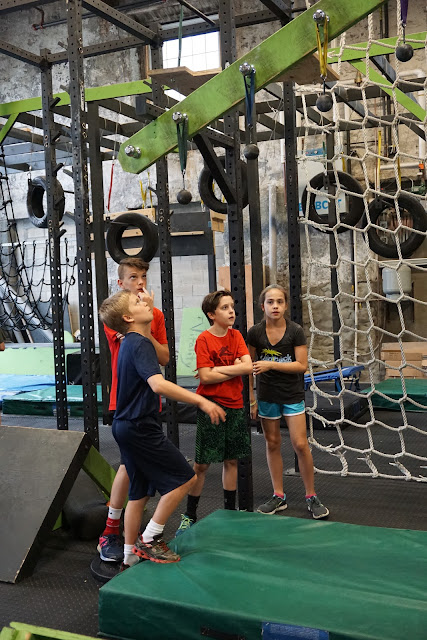 Getting ready to go. John was the lead-off man for his team. 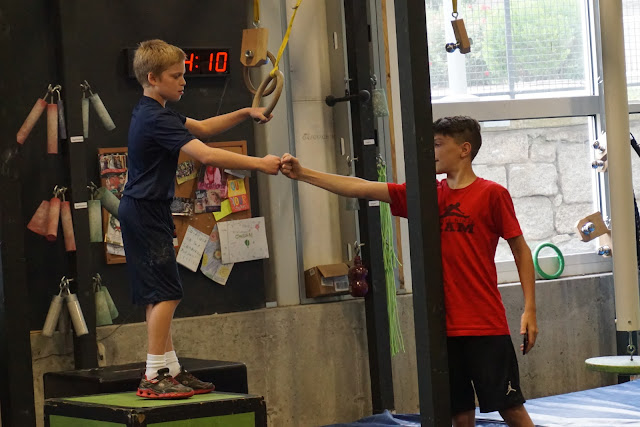 He was nervous, but he did well! 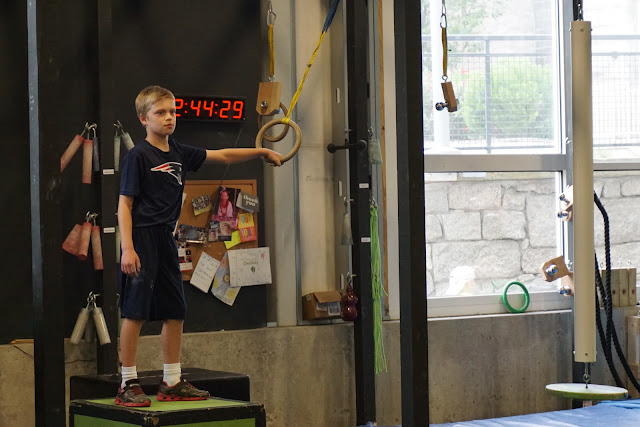 And most importantly, he had fun! 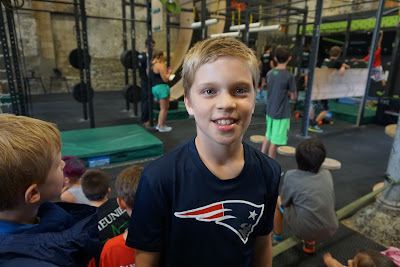 I can definitely see more of these competitions happening in his future. Probably this summer, even with our move!