I have one last post and some pictures to share from one of our favorite places on the Cape, the Cape Cod Inflatable Park. If they ever close this place down it's going to be a pretty big tragedy for our family!

Remember last month when I wrote about how Sam was afraid to go down this huge slide, but he finally did it? Here he is! 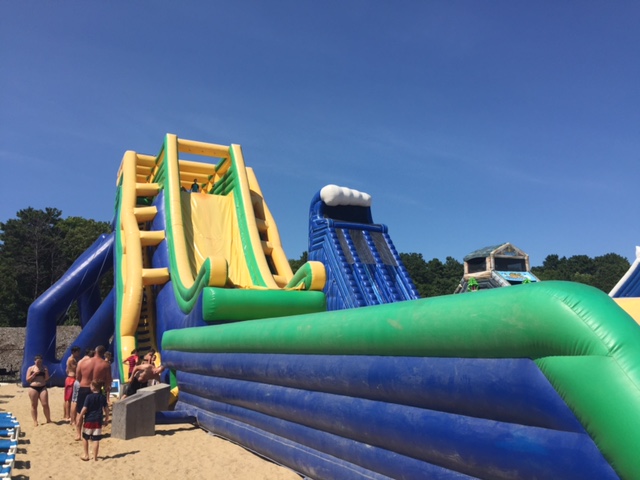 What, you can't see him? I don't know why! He's at the very top of the slide, getting ready to go down.


And here he is making his landing. He loved it! 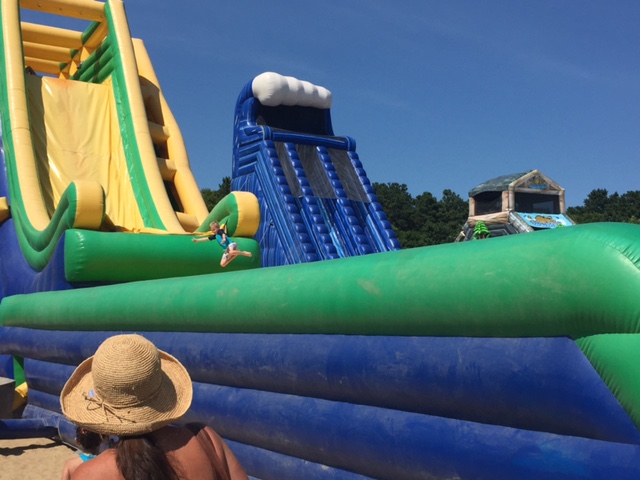 One of the times we were there my dad was with us and he decided to do the Challenge Park since he's such a fitness/health/anti-aging nut and he was also inspired by some of the older men who competed on John's favorite show, American Ninja Warrior. I admire him for giving it a try, which is more than I can say for myself and I'm much younger. I might try the Challenge Park at some point--on a day when hardly anyone is there to watch me make a fool of myself!


He did pretty well on the swinging monkey bars but it was harder than he thought it would be. #humblepie 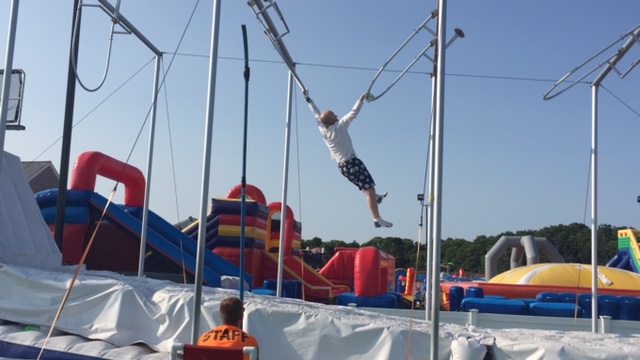 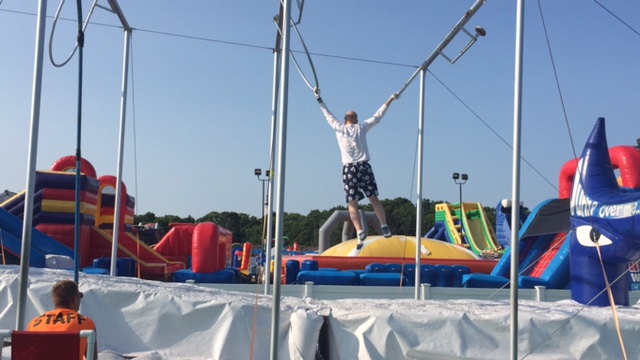 He didn't make it over the "Jump over me sissy" wall, but he came close once or twice. 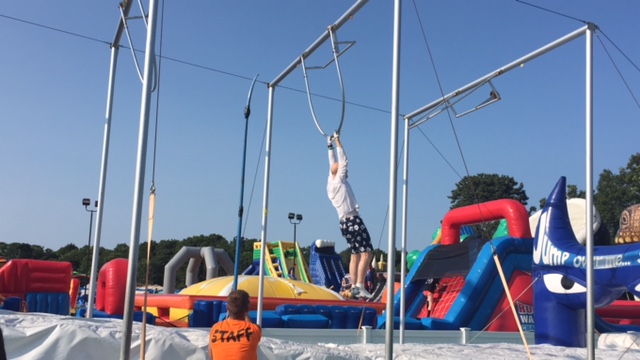 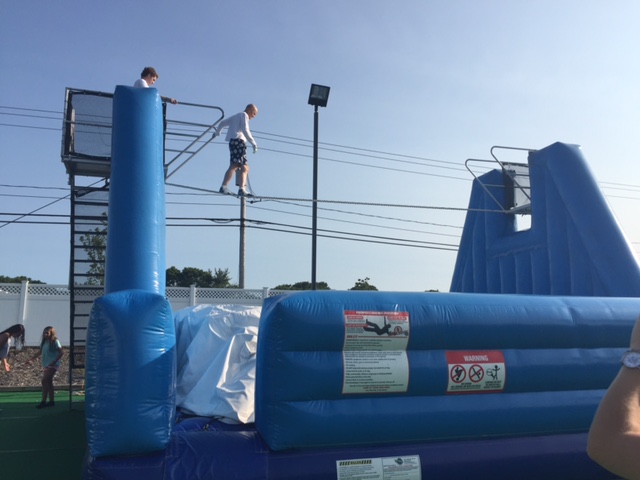 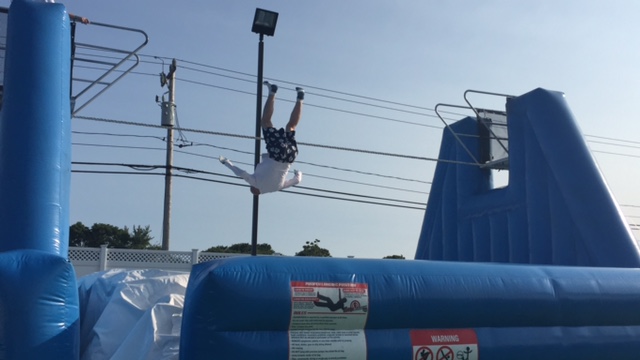 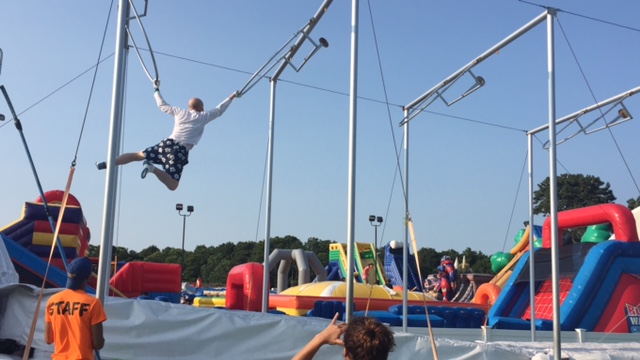 Do you spy Sam again? 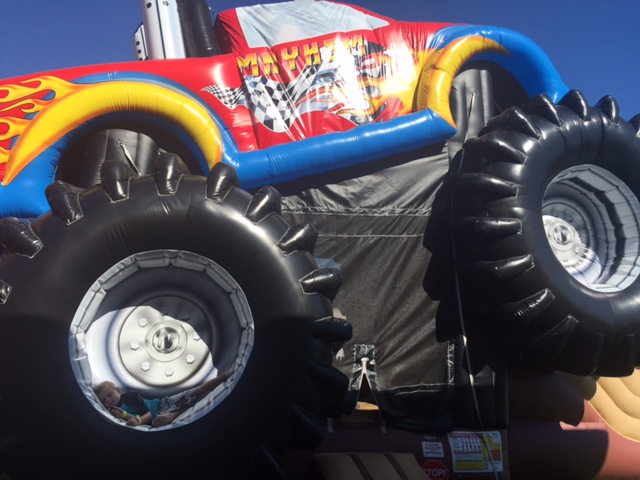 He was just hanging out, taking a rest.


And last but definitely not least, here's our little Challenge Park champion, John. 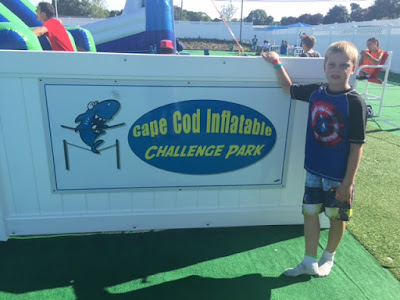 He makes it over the sissy wall every time easily. Where'd this kid come from!? 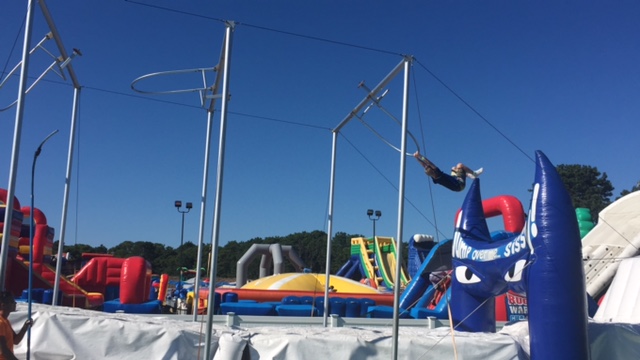 The Russian guys who work there called him "Captain America" because of his swim shirt and they knew who he was and how good he was because we went there at least once a week for over a month. 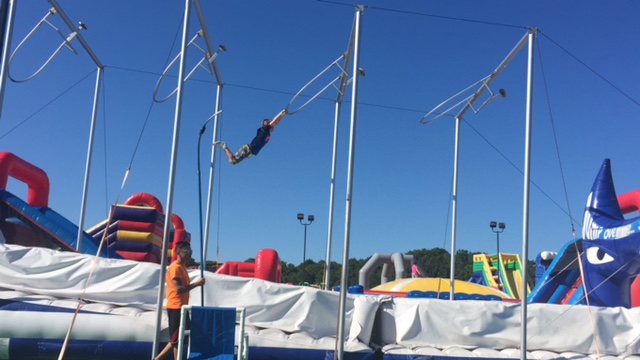 He can even do the swinging monkey bars backward! 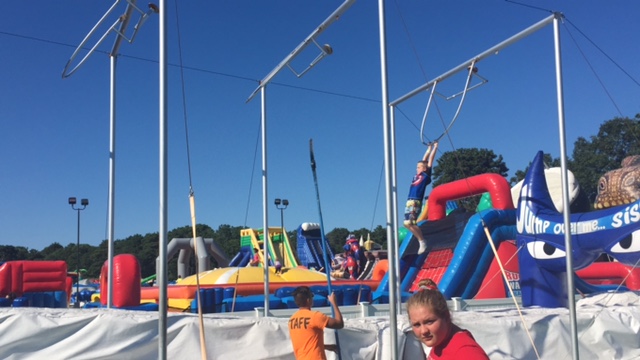 His personal challenge to himself was to make it to the other side of the trapeze. I don't have a picture of it but after many attempts, he did it! 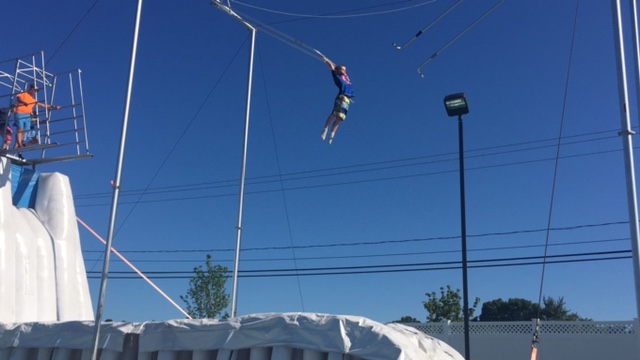 
I don't think John's made it all the way across the tightrope without falling, so maybe that will be his challenge for this summer. 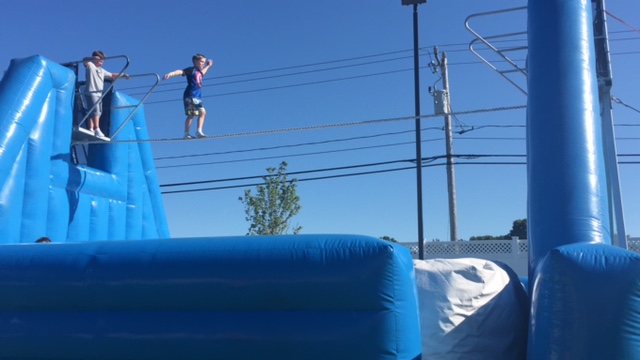 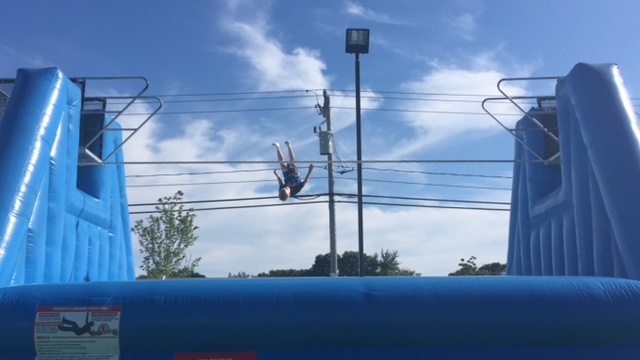 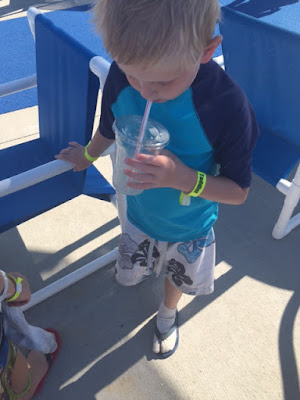 Captain America and crew will be returning shortly, Inflatable Park. Look out!