On a wet and overcast Friday morning at the end of July (the same one that I referred to at the end of my last blog post), I took advantage of the inclement weather and did some driving around and exploring while the boys were at camp. I found an old historic cemetery from 1700(!!) that was really neat to explore. 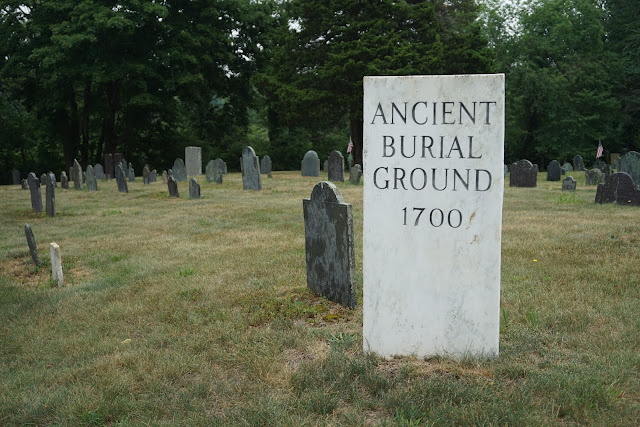 It was really interesting to see so many familiar names on the graves, names that I've seen on streets and in towns for over a decade during my summers on the Cape. Those names come from many of the people buried here. I wonder if any of them are my ancestors or if they knew and interacted with my ancestors. History is so fascinating to me, and I believe that someday we'll know the answers to all of our questions about the past. 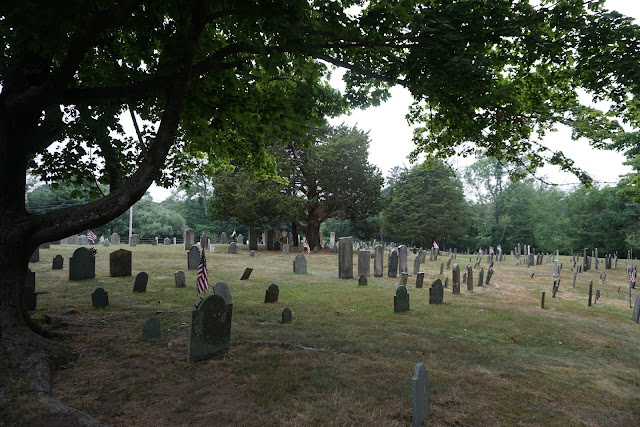 The church we attend during the summer is on a street named "Freeman's Way" in Brewster.
Here are two of the Freemans here. 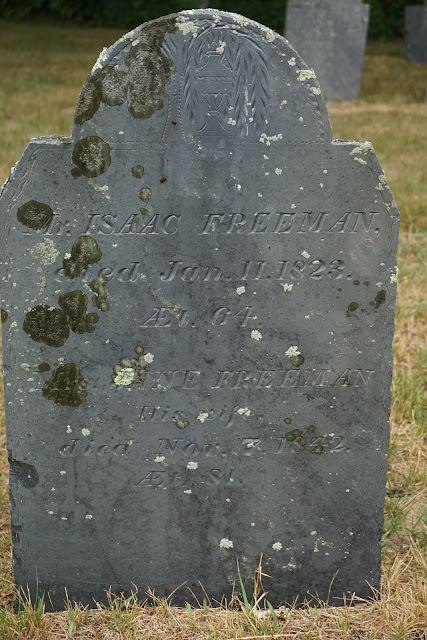 Authentic old crooked headstones are the coolest. Think of how long they've been there and all that they've seen (in their way) over the centuries! And the people who once gathered around them. And the people buried beneath. I wish I had special vision that enabled me to see what all of this looked like at different times in the past.
Maybe someday! 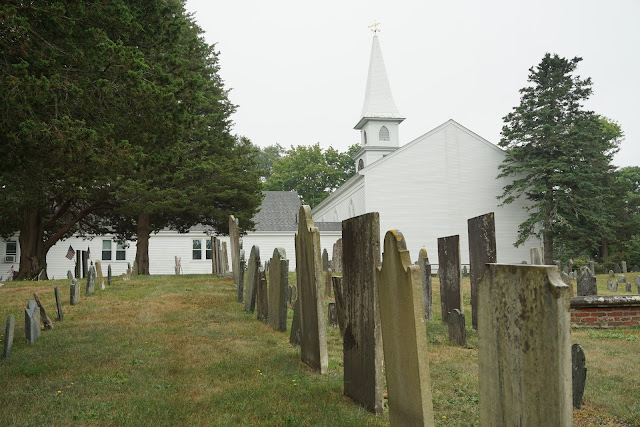 Another often-seen name around the Cape, "Winslow." 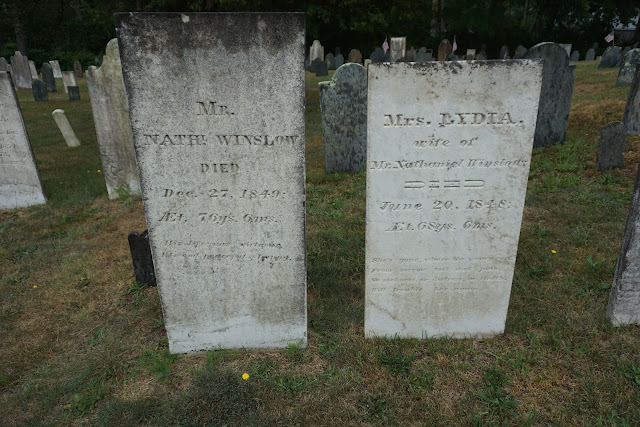 Here's the grave of someone who fought in the Revolutionary War.
I love it that people are still recognized for that nearly 250 years later. 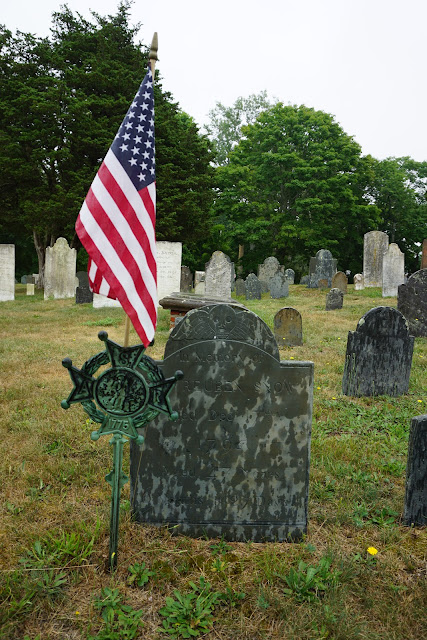 Some of the graves looked a little creepy due to the rainfall. The one below on the right looks kind of like it has a ghostly apparition on it!
Check out the winged skulls at the tops of these graves. Old headstones really are the coolest. 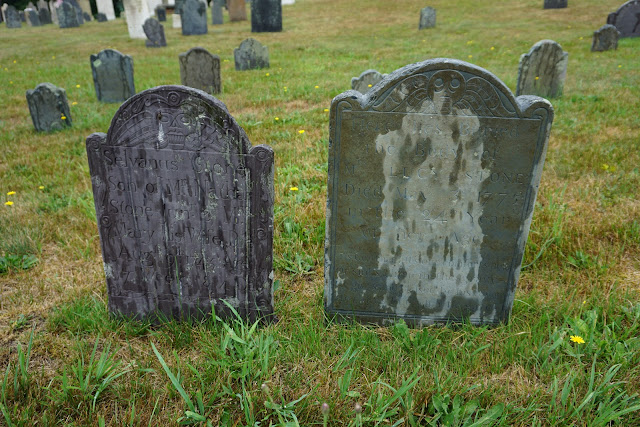 Interestingly, the last name on the graves above is "Stone," and Stone is a family name on my maternal grandmother's side. There are a number of Stones buried in this cemetery. I'll have to explore this further! 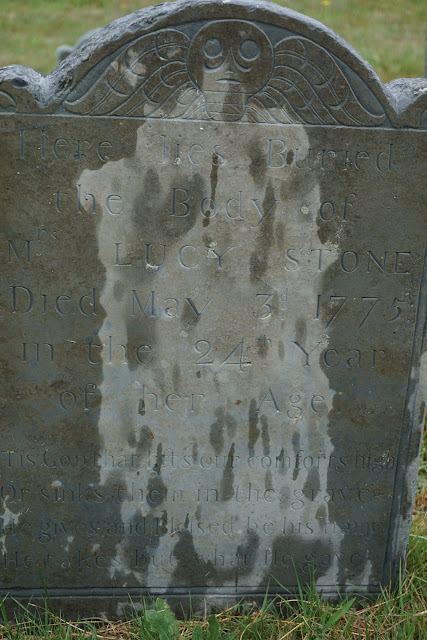 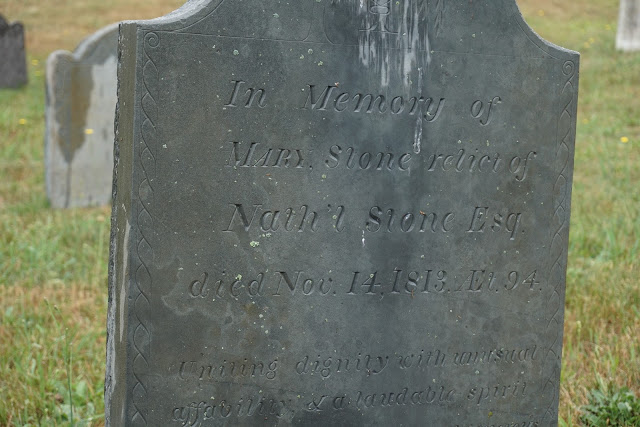 "Uniting dignity with unusual affability and a laudable spirit"
What a beautiful description of a person! 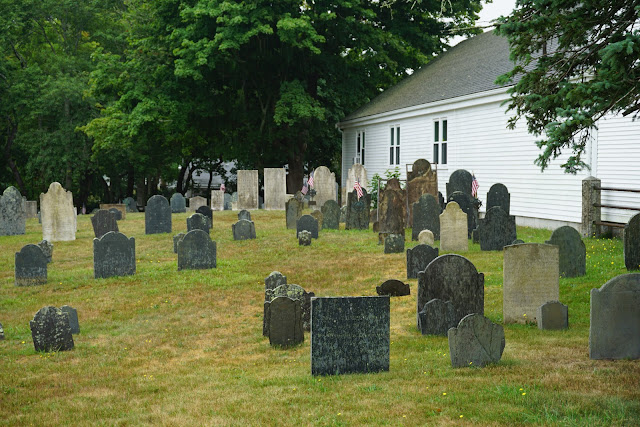 There's a pretty bed-and-breakfast across the street. I bet it's haunted! 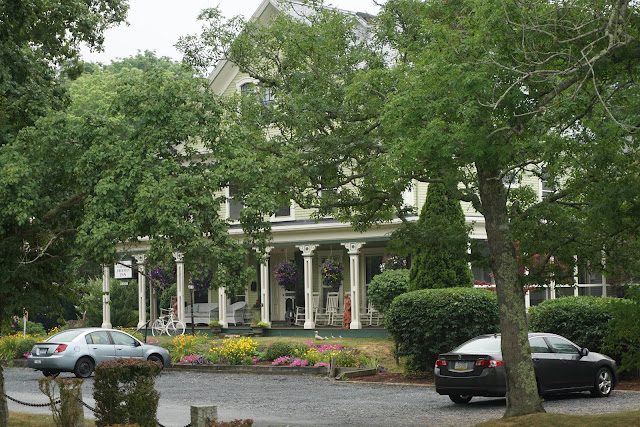 The grave of Captain Samuel Bangs, who died in 1750. I bet he was a sea captain. Bangs is a name you see around the Cape too. 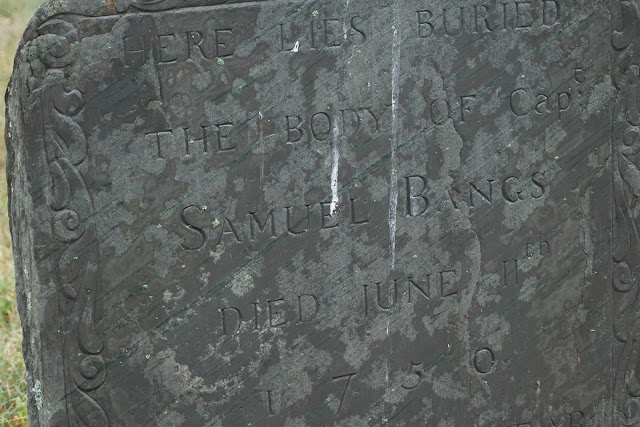 As I left the graveyard, I ripped the back of my skirt while squeezing through a part of the fence that's not supposed to be squeezed through (it was a shortcut back to my car), and it felt a little like unseen fingers reaching out to hold me back and keep me from leaving. 😯
But in reality, it was a piece of siding sticking out from the church building that my skirt got caught on. 😆
Oh how entertaining my overactive imagination can be!

I loved finding this graveyard. I'll come back to visit it again (hopefully not as a spirit!). 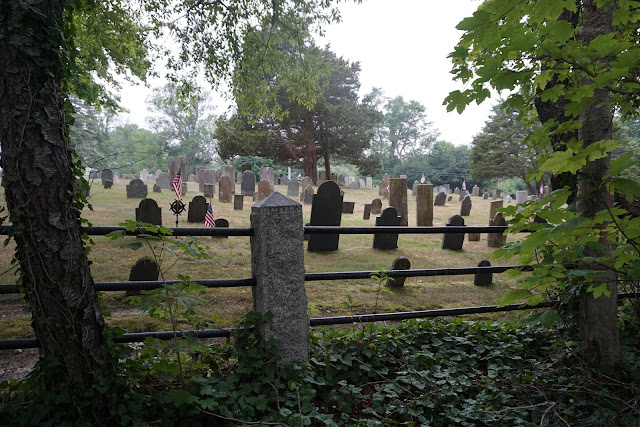