Cruising Around the Bay

Our Cape house is down the street from Lewis Bay. It's kind of neat because when we first started staying at the Cape in 2005, the house we stayed at was also on Lewis Bay. Kind of a special full-circle thing kind of a deal. 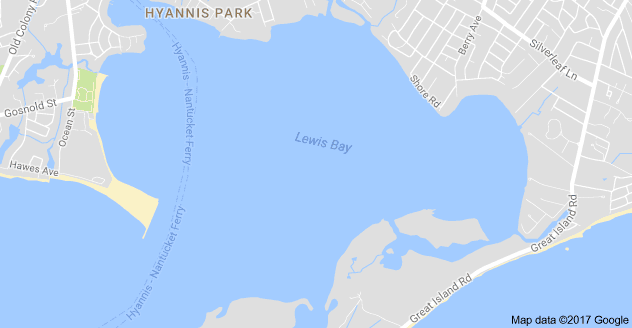 Anyway, back to the business of this blog post...you can take an hour-long harbor cruise of Lewis Bay out of Hyannis. The boys and I did our second Lewis Bay cruise last summer, this time with my mom, my brother Nate, and his girlfriend Kat. It's a fun way to see "our beach" and the area around it from the water as well as to learn the history of the area (going back to the Native Americans) as well as see the famous Kennedy family compound and other houses that belong to some very successful peeps.

This picture doesn't really do it justice, but there were tons of sailboats out on the water that morning because there was a regatta or something going on. It was really pretty. 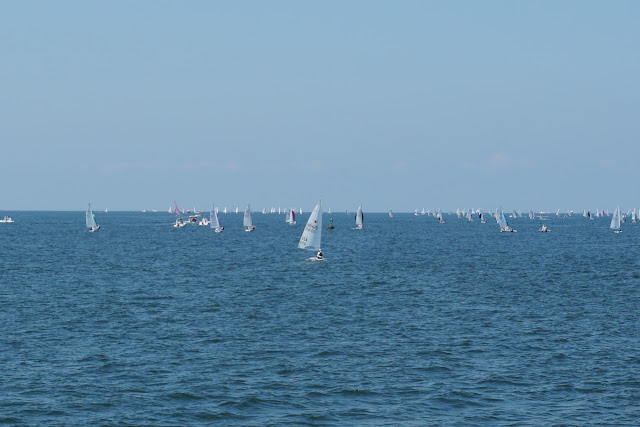 The big white house in the middle of this picture is the famous Kennedy compound. It's neat to think about JFK, RFK, Teddy Kennedy, Jackie Kennedy, and the rest of the family being there. 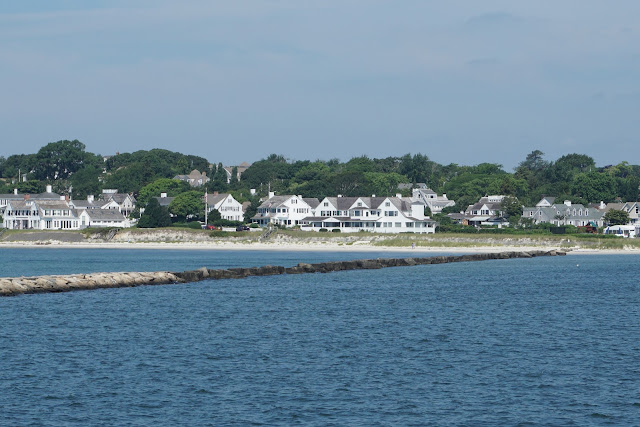 The Kennedy compound is the house on the left and the big white house mansion on the right with the pillars once belonged (maybe still does belong?) to the COO of the Gap (or something like that). 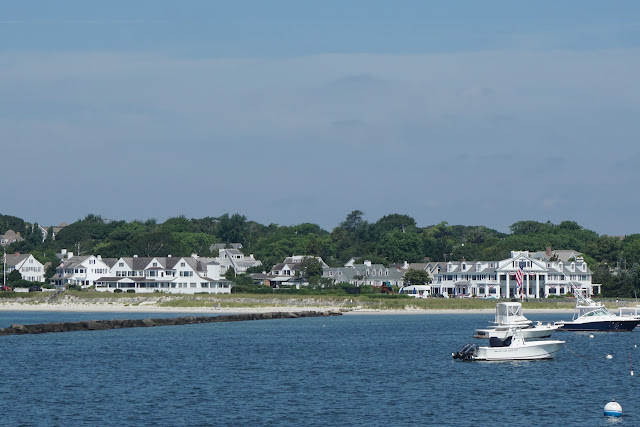 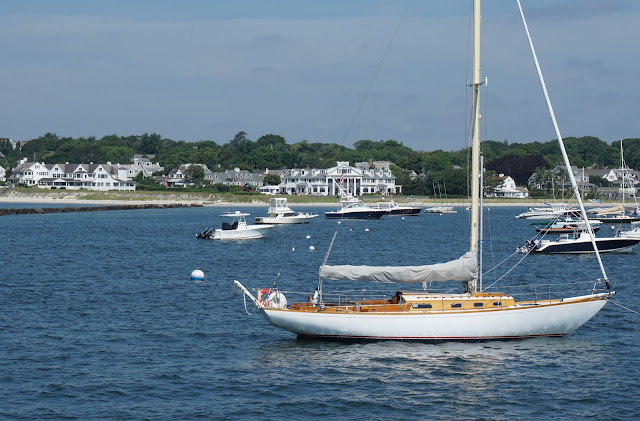 Some of these boats belong to the Kennedy family today (according to the tour guide).
I think that dark blue boat is beautiful and if I remember correctly it belongs to one of the Kennedys. 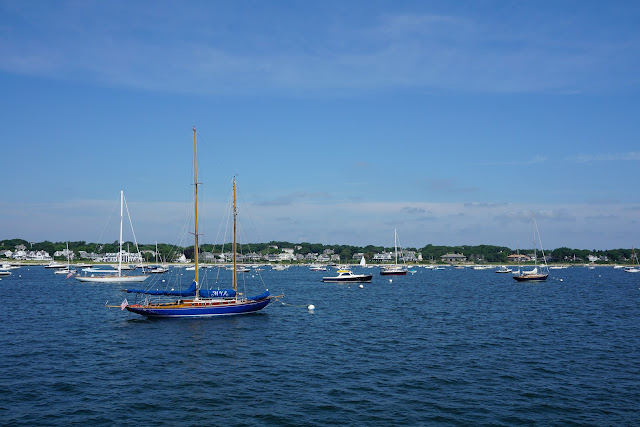 There's our wonderful Bayview Beach on the right! 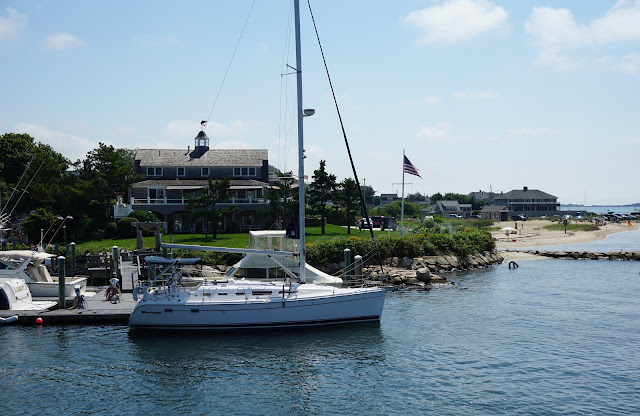 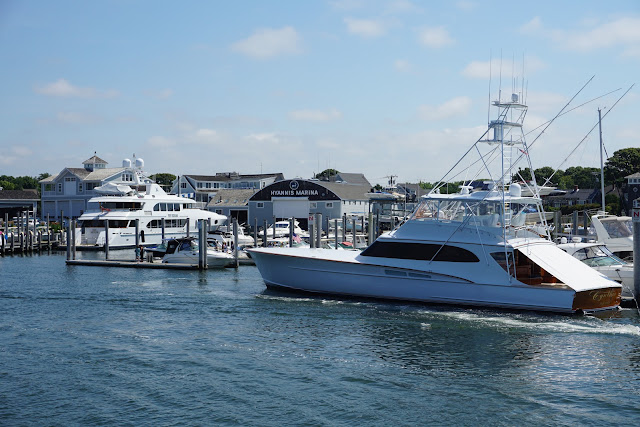 I've always thought this house is so pretty. I like the blue whale in the yard too. 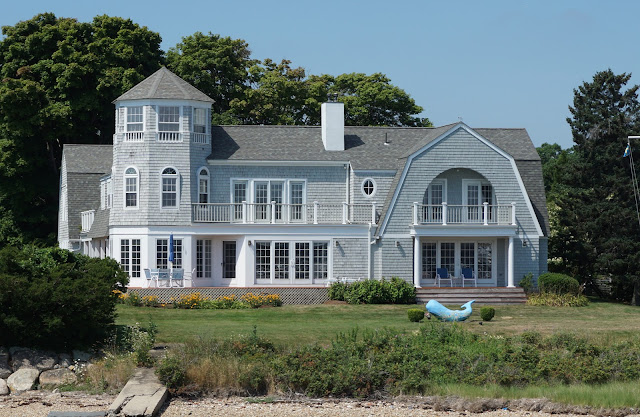 This is a pretty house too.
The lighthouse is merely decorative and doesn't actually work. 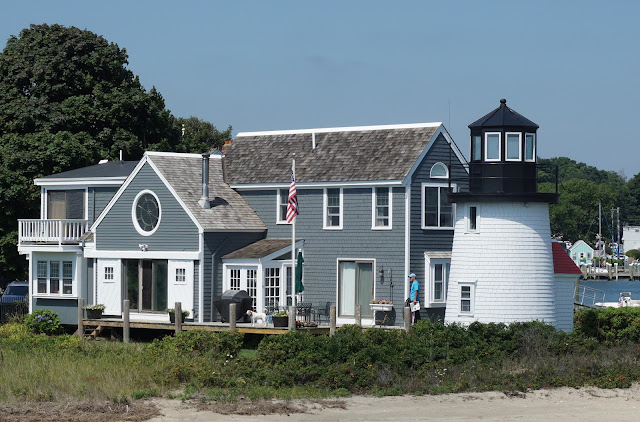 I didn't take good pictures of our beach from the boat this time. but I will next time!