Up Where The Air is Clear

Last year on the 4th of July we went to a place on the Cape that we hadn't been to before--The Adventure Park at Heritage Museums & Gardens in Sandwich. We've been to Heritage before but the Adventure Park is pretty new and it's something that was right up John's alley.

This is designed for families to do together, but John was the only one who did it. Peter was too big, Sam was too small, and I was just right, but my level of desire was not. I might do this course at some point, but this isn't really my idea of a good time the way it is for John. I get a lot more nervous about the heights and an accident happening than he ever will. So John was on his own, and he was fine with that. He's kind of used to it, poor kid!

This is only part of this huge course up in the trees. We'd never seen anything quite like it! 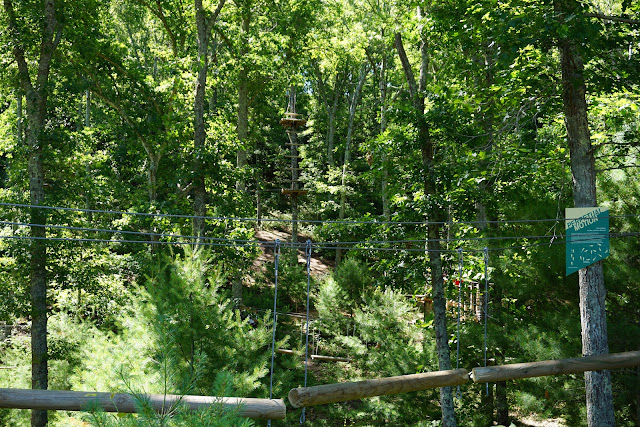 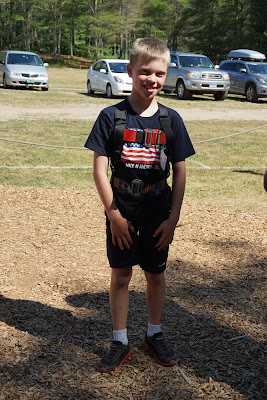 Doing a practice run close to the ground before setting off for greater heights. 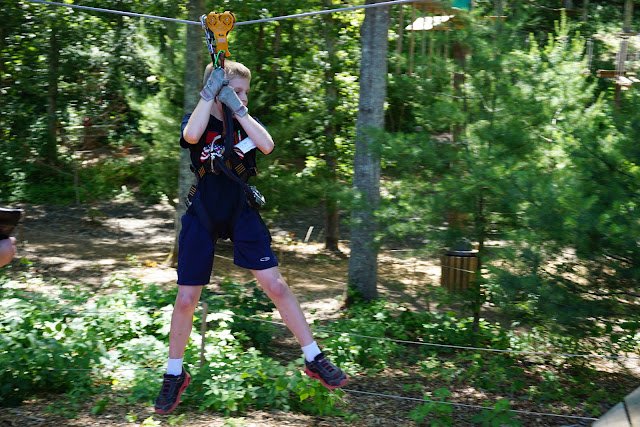 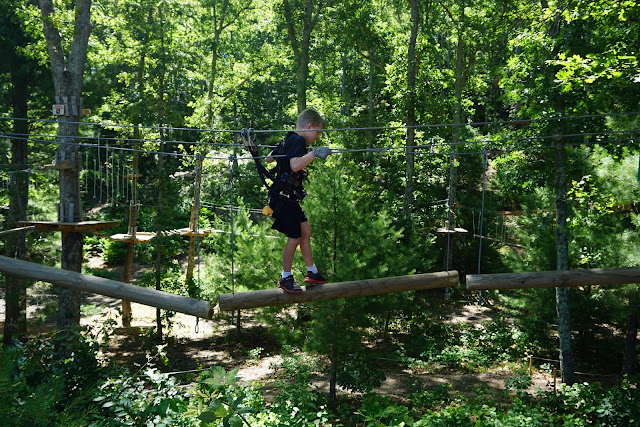 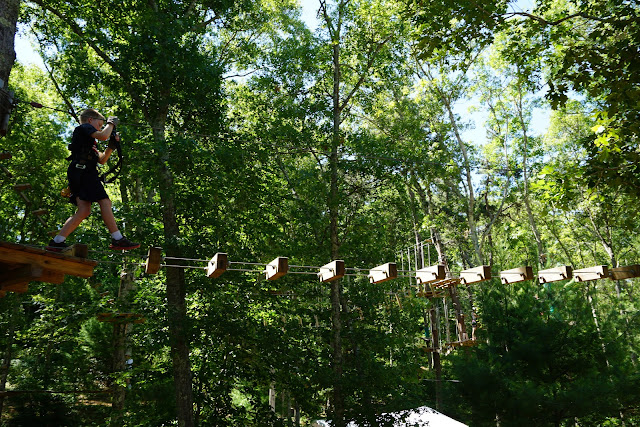 I admire John's bravery. I would have been so nervous to do this but he didn't seem to be at all.
(Note Sam watching from below. We'll see if he turns out to be as daring as his brother. He has a more cautious nature than John, but he's been growing bolder as he gets older with things like rock walls and ropes courses.) 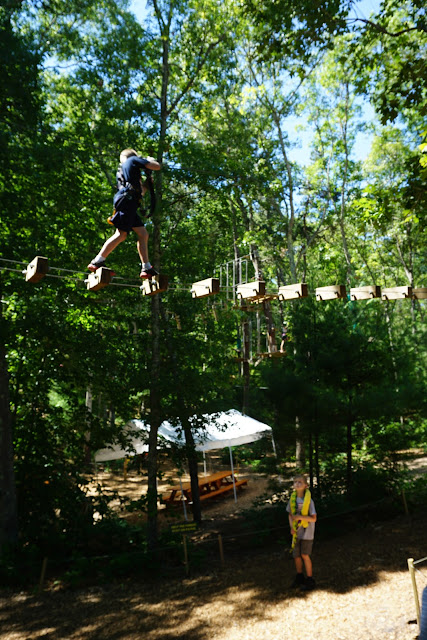 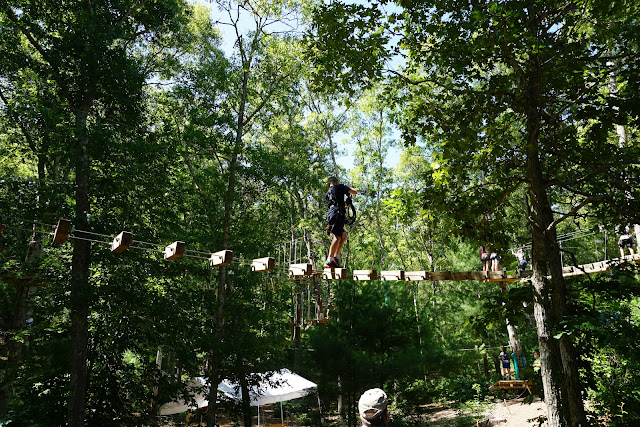 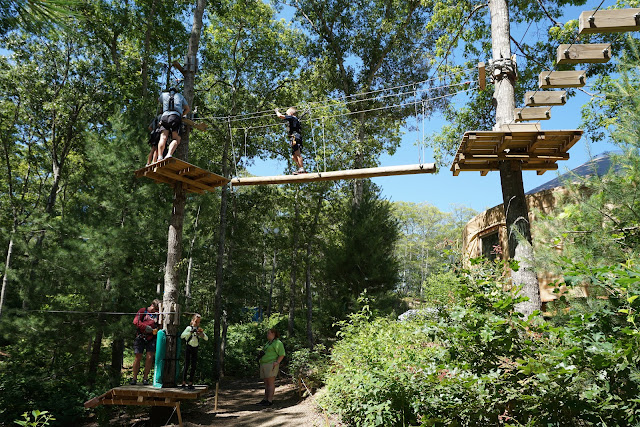 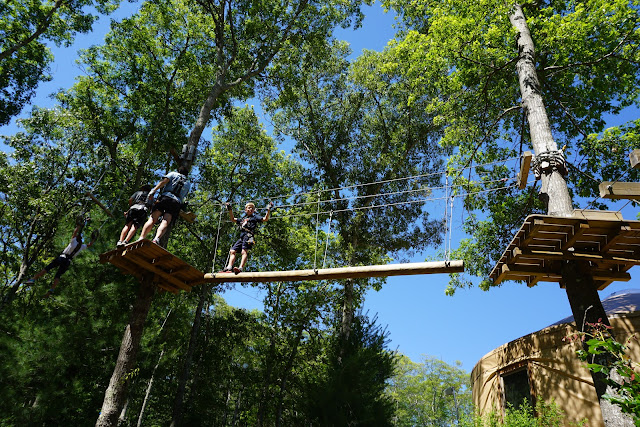 We watched him for the first part of the course, and then my mom, Sam, and I went over to the Gardens and Museums while Peter stayed behind with John. We got to see a stunning display of actual costumes from period drama movies that I absolutely loved, including a costume from one of my most favorite movies ever (Sense and Sensibility). I'll post pictures next week.
From aerial adventures in the trees to fancy ballgowns, all at the same time! #versatility