All of today's things are brought to you from the camera of my almost-kaput iPhone. 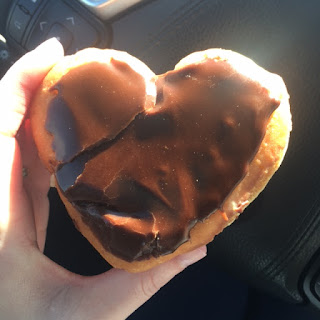 2. Sam's last swim lesson of the season was this week. I'm so happy with the progress he's been making with swimming. Being able to swim is such an important life skill and it's one that I want my boys to be good at since we spend a lot of time in or near the water in the summers and on vacations.
Out of nowhere in the last couple of months Sam's confidence in the water has gotten so much better. He'll now swim around in the deep end on his own when last year at this time he stayed in the shallow end and he didn't even like to put his face in the water. Now he swims and floats (kind of) and swims underwater and he has a lot of fun! Good swim lessons are totally worth it. 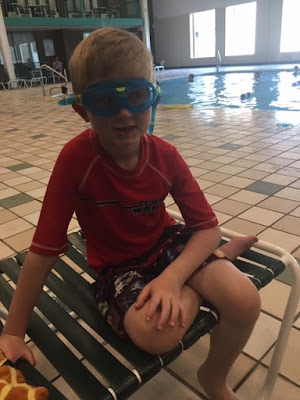 3. We got mail from Hawaii, of all places. And it was good mail, with a nice tax-return check in it. 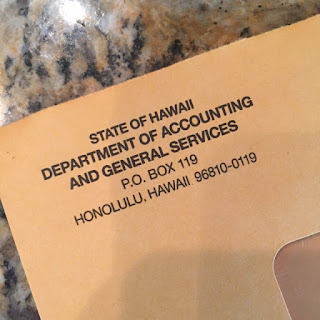 I think we should be generous and supportive of our fellow state and return the money to Hawaii by taking a trip there, but I'm not sure that Peter will agree. He's been in Seattle this week so he doesn't even know about the refund because I've forgotten to mention it until now.
Aulani is calling our names! I'll convince him (eventually).

4. I'm about to share with you one of my favorite parenting hacks. Read this jewel of hard-earned wisdom carefully. Sam likes to shop and get things. (I can relate.) He used to get really upset when I'd say no, which wasn't fun for anyone. An effective way I've found to deal with this that usually appeases him quite well is when he finds something that he likes, if I don't want to get it, I say "Let me take a picture of it so I don't forget and I'll think about it." That way it's still a possibility for him which makes him happy and it leaves me with less money spent and less potential junk in the house, which makes me happy. Most of the time, he forgets about whatever it was that he was coveting in that moment, but if he remembers after a week or two, I know it's something he actually does want and will most likely use and appreciate so then I really will think about it. Now he usually knows what I'll say in response to the question "Can I get this?" So right after I say "Not today" or "You can if you save up for it," he'll say "Can you take a picture?" 👍 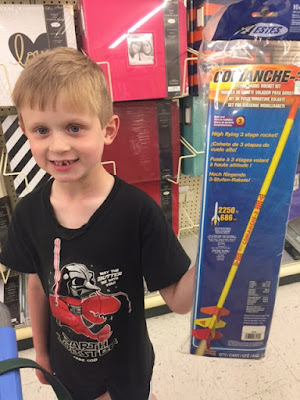 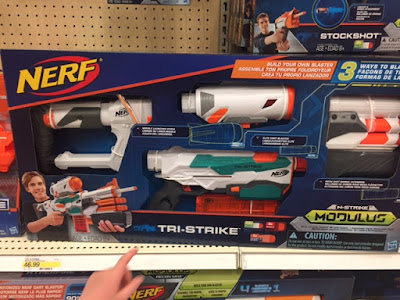 5. Brody is doing pretty well, though he's still shedding a lot and is more frail than he's ever been. But he seems to be doing a little better than he was last week. I'll take it! 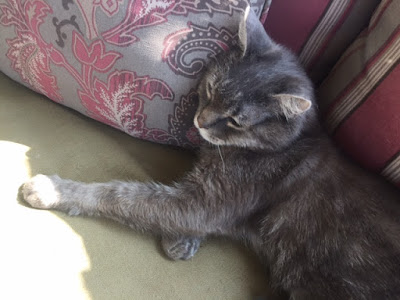 Here's our other kitty Bentwood. He is the sweetest cat you'll ever meet (whereas Brody is a feisty little thing who often rebuffs my many offers of affection). 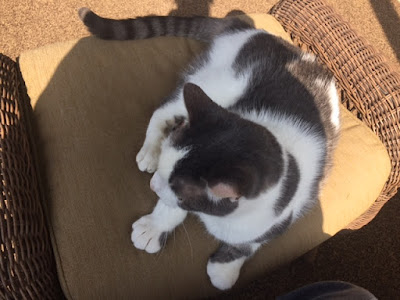 These two have been with each other ever since they were in a shelter together that we adopted them from 11 years ago when we moved to Connecticut. Our house had a mouse problem and much to my relief and occasional horror, these two nipped that problem in the bud pretty well!