1. I'm excited to watch this show on Masterpiece Theatre on PBS: Victoria.
It starts on January 15th. It's going to be good! 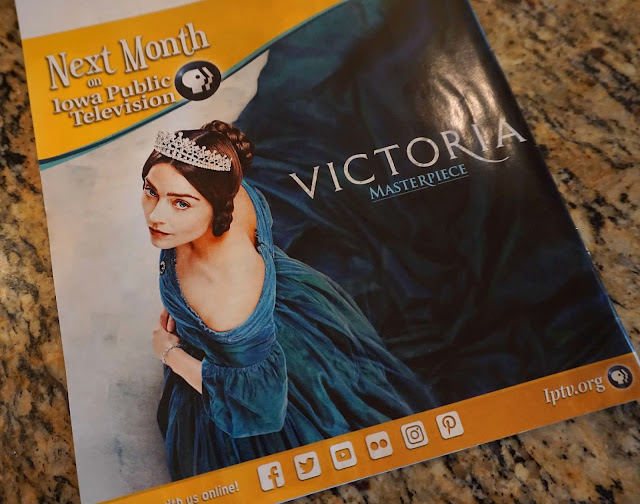 The Young Victoria is one of my favorite movies, and it looks like this show will follow in its great footsteps!

2. In that same vein, I'm looking forward to reading this book that I got for Christmas, Victoria by Daisy Goodwin. 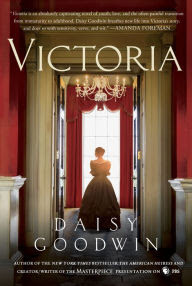 The show on Masterpiece is based on this novel, for which Goodwin did extensive research from Queen Victoria's daily journals--the direct source! Daisy Goodwin is an author I've read before (American Heiress and The Fortune Hunter) and she writes very good historical fiction, which is one of my favorite genres to read.

3. Another PBS Masterpiece period drama, this one returning for its second season: Mercy Street.
It's a Civil War drama set in Virginia, right on the line between North and South. It's grisly at times, but it's good! 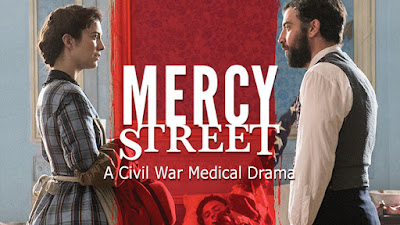 4. I can't resist! One more PBS show (are we sensing a theme here? That I love PBS?), this one on Masterpiece Mystery: the fourth season of Sherlock, a mystery show that is sometimes so fast-moving that it leaves me wondering if I'm smart enough to watch it (in my defense, this is a common feeling for many other Sherlock watchers, according to a Facebook group I belong to called Sherlock Dumbos. Ha! Just kidding.).
I'm glad that Benedict Cumberbatch is back as Sherlock Holmes, especially since he's a big movie star now (did you see Doctor Strange? It was good!). I'm a little worried that because of his movie stardom that this might be the last season. They already killed off a main character in the first episode this week. It made me cry. 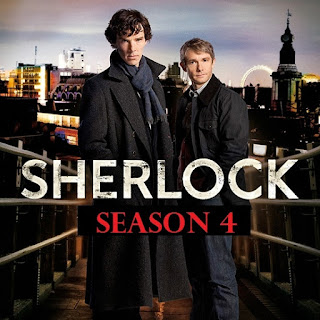 5. I'm looking forward to Inauguration Day. The TV coverage will be fun to watch. I love all the pomp and circumstance of our American traditions.
{Democratic friends and family, of which I have many, brace yourselves for my next paragraph!}
I'm excited for the Republicans to take control once again and I'm hopeful that our unconventional political outsider of a new president will be able to effect some positive, much-needed change in this country and in the world. I've been very unhappy with Obama and a lot of what has happened under him, which makes me sad because I had high hopes for him (as evidenced by my post here from Inauguration Day in 2009). I don't like Trump very much but the main reason I voted for him was to vote against Obama and the continuation of his agenda, which surely would have happened under Clinton. Trump may prove to be a disaster (to use one of his favorite words), but just like I did for Obama, I'm going to give him a chance and see how he does. I feel hopeful and more optimistic about the future than I did before. We'll see what happens.

A few other things I'm looking forward to in January: snowstorms (hopefully--all of our snow has melted away and there is no snow in the forecast--I check every day), my daily mug of hot cocoa, and enjoying a crackling fire in the hearth--we finally started using our fireplace last month for the first time in over six years of living in this house!

I probably won't be on the blog a lot in January because I have an editing work project to do, but I'll do what I can when I can!