In Honor of PRESIDENT OBAMA!

Even though I ended up not voting for Barack Obama, I was happy when he won and I'm optimistic for some of the much-needed changes and fixes that I hope he'll bring to our great country. Since today is Inauguration Day, I'm posting some of my favorite photos of the Obamas that I've had scattered around on my desktop for the past few months. I think his daughters are the cutest, and overall I love Michelle Obama's taste in clothes. I think she'll be a fun First Lady to watch. And although I don't love everything about Obama's politics, I still like him and have a great deal of respect for him, and I want him to succeed.

Laugh if you want, but I totally took pictures of the TV on Election Night of Obama giving his acceptance speech in Chicago. It was a historic occasion, the U.S. having elected its first black president, and I imagined I was there in the audience snapping pictures instead of watching from the comfort of my couch in Connecticut. 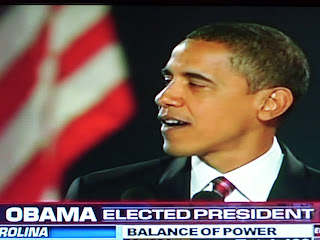 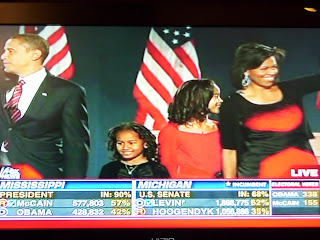 I liked how the family coordinated their clothes in red and black that night. I thought Michelle's dress was a little weird, but Sasha and Malia's dresses were perfect! 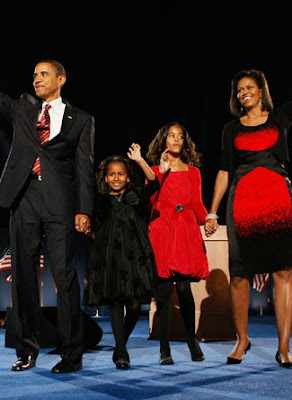 From everything I've seen, he looks like he's a wonderful father to his girls. That is a good indication of a man's character. 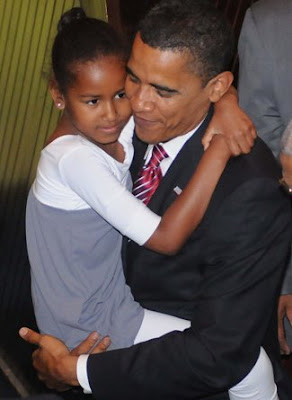 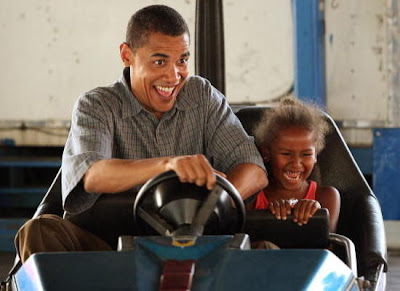 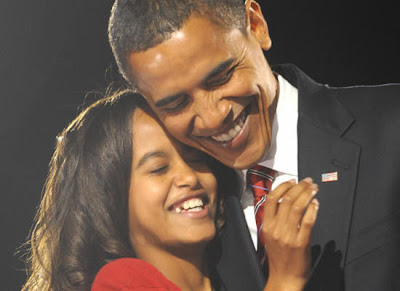 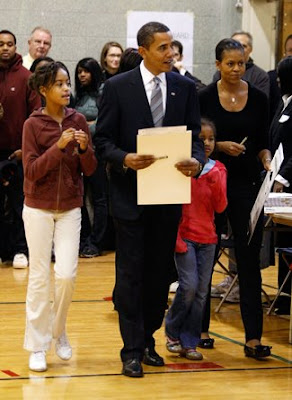 I love how close these two seem. I think they set a good example of a unified marriage for the country and for the world. (I hope the super-stressful job of being President doesn't put too much strain on their relationship in the years to come.) 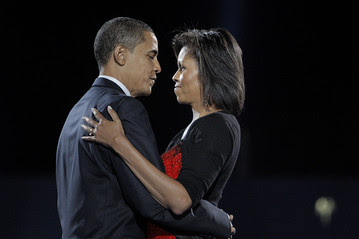 CUTE DRESS! I want it! 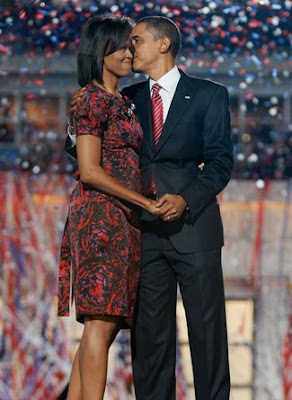 (It's always nice to end on a fashionable note, isn't it?)

And so today begins the Obama years. I hope and pray that they will be good ones. Now possibly more than ever, we need them to be good ones. 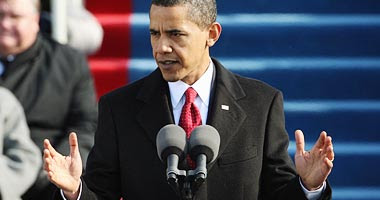