A quick Five Things today, all of them from pictures I took on my phone over the last week.

1. Last Saturday we had fun at the Iowa Arts Festival downtown. Or, to be more accurate, Sam, my dad, and I had fun. Peter and John aren't into this kind of thing and were bored.

Sam got a snake painted on his face (of course). 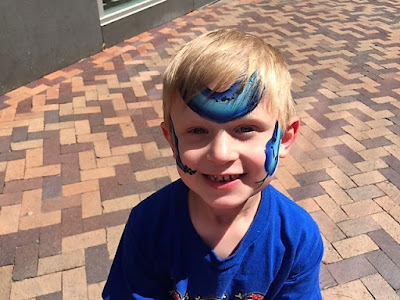 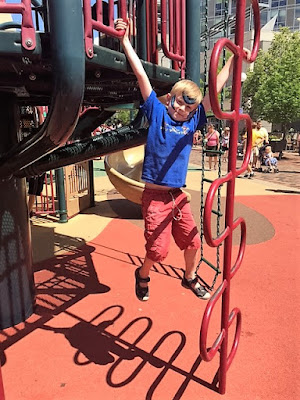 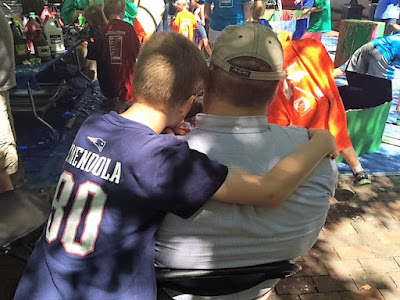 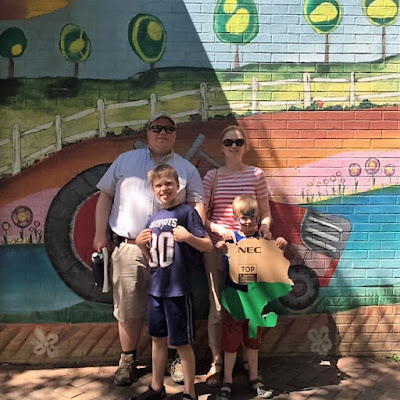 2. I saw this handmade picture at one of the vendor tents and I liked the saying on it: "Put it behind you...and leave it there." I need to do that more often in my life! And it was done in shades of my favorite color (green). I would have bought it but the artist wasn't there at the time for me to pay for it so I just took a picture instead. 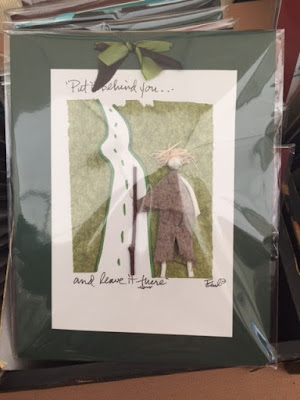 3. I finished a big copyediting project for someone this week. It was way more intensive and time-consuming than I thought it would be. And then when I got to the final page, I discovered that over 100 pages were missing at the end! And then we further discovered that she'd sent me the wrong draft--it was her rough draft I'd been working on the whole time! Aaaaugh! We both felt bad, and she's still going to pay me for my work (which took me over 30 hours).  Along with her edited, marked-up manuscript, I sent her two typed pages of notes and suggestions for her to work on over the summer, and then we'll probably try again in the fall--with the correct draft! 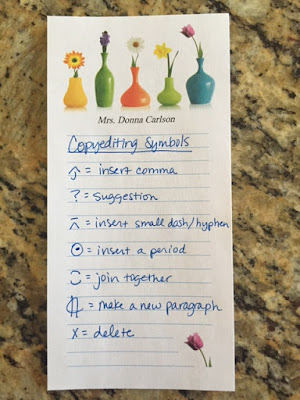 4. I think this catalog cover is so funny. 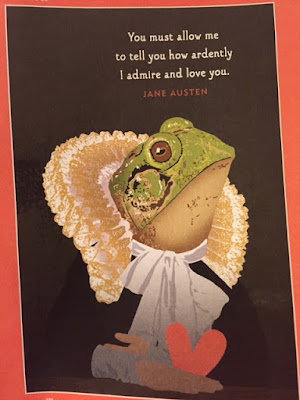 5. Sam and my dad built a huge Lego Duplo tower to the ceiling! They were pretty proud of themselves. We'll see how long it stays up. It hasn't tipped over yet and it's been a few days already! I guess the Pre-Engineering Lego Camp Sam's been going to this week really has taught him a few things! 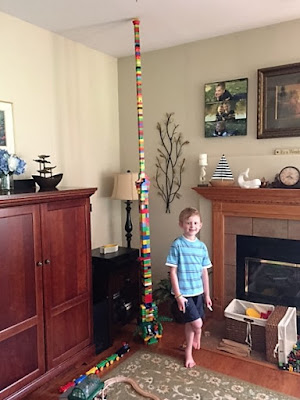