A few months ago I changed the pictures in the playroom to reflect the boys' growing ages. It felt like a rite of passage. Since no more babies appear to be joining our family (crazy babies! They don't know what they're missing!), it's time to say good-bye to Peter Rabbit, whimsical woodland creatures, cute little trains, and Brown Bear, Brown Bear, and hello to superheroes, Star Wars, sports, and geography. 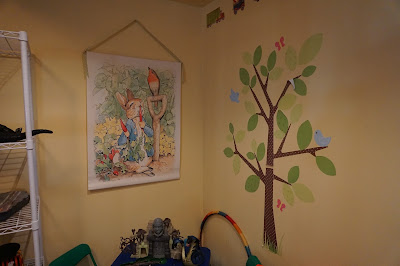 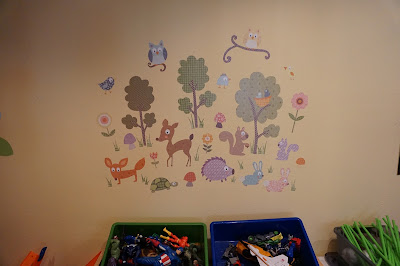 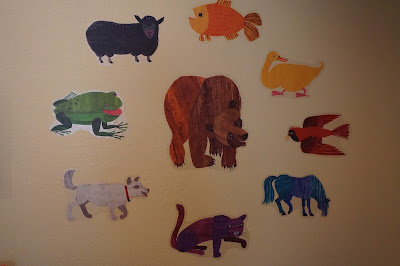 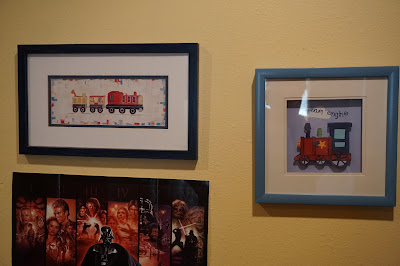 And after.
The adorable woodland scene has been replaced by a Herkies on Parade poster that John won at school (Herky (the Hawkeye) is the University of Iowa mascot). 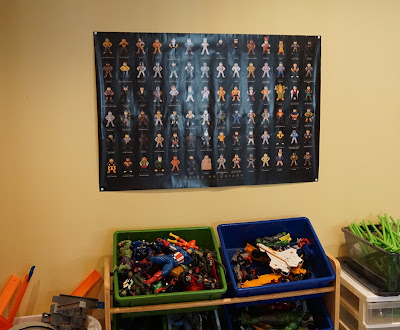 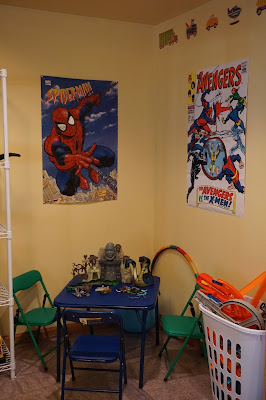 Rounding out the room are Batman, Joker, and Robin. 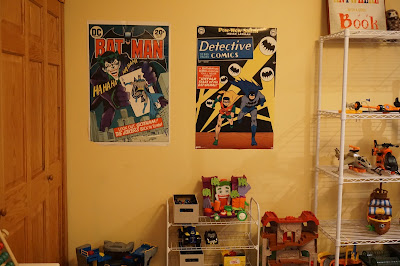 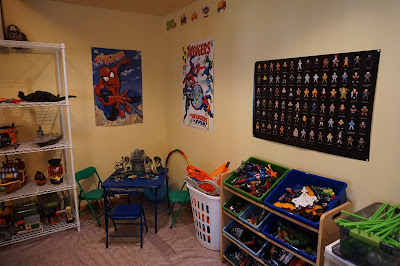 Since taking these pictures, I've added a couple of Star Wars pictures as well as a map of the United States over the Lego table. 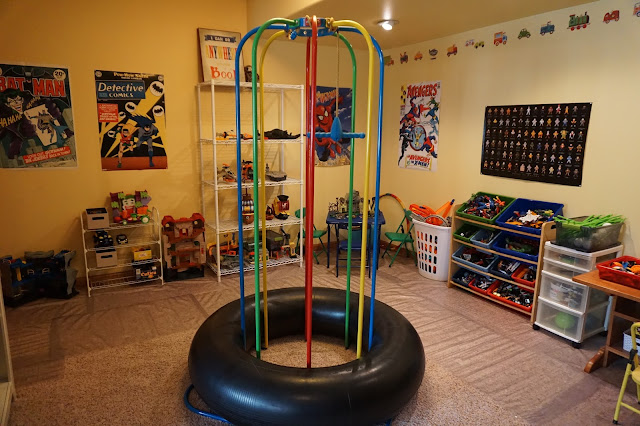 I'm sure in a few more years, many of the toys will be gone, replaced by...I don't even know! A foosball or ping-pong table, maybe? Or more likely, some kind of a gym with rock walls and fun stuff like that. An in-house American Ninja Warrior course would be a dream come true for John. Life with little boys has been fun (and still is), and I hope that life with adolescent and teenage boys will be just as fun (famous last words? I hope not!).