My Weekend Trip to Massachusetts

The last weekend in May I went to Massachusetts to go to a regional women's conference with my mom and to see my family. It was a really nice way to end the month. I love my weekend trips to MA and I hope to make at least one of them each year.

I was bored waiting for the bus at Logan airport. 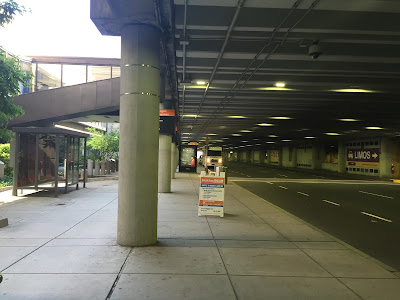 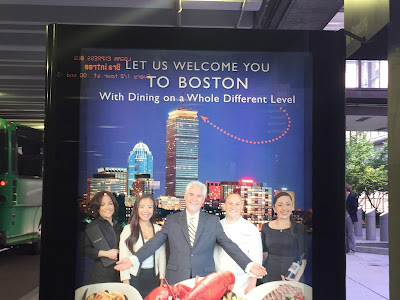 I love Boston because it's full of history, including my family history, and it's my hometown city.
But the truth is, I know my way around the cities of Philadelphia and New York a lot better.
Getting around Boston and figuring out where exactly things are is still a bit of a mystery to me. Philly and New York have logical grid systems for their streets; Boston's is more like a semi-circle, and it's confusing. Plus there's the whole issue of not really going into the city that much when you live in the suburbs. It's easy to take it for granted. I've done things and gone to various places in Boston over the years, but it's nothing like when I lived in Philadelphia for four years during college, and took classes in Manhattan and needed to know my way around. Someday I will address this area of neglect in my life and take the time to walk around Boston and really get to know it well.

Anyway...
On the bus, passing by Fenway. Go Sox! 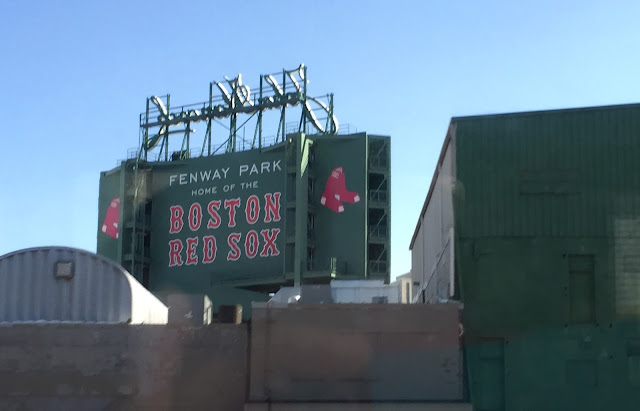 The conference was a huge women's conference for the New England region in Lowell, MA. It was put on by the Church but was open to women of all faiths. It was called Let Your Light Shine. It was really good and uplifting and I'm so glad that I went. I got to see old friends from the ward I grew up in in MA as well as friends from our ward in Connecticut (where we lived from 2006-2010).

My mom and I weren't sure what time it started so we were there bright and early and got good seats up near the front. That's one benefit of ignorance! 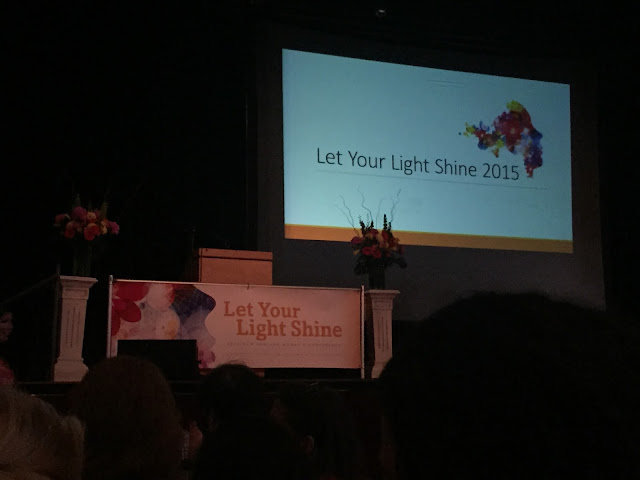 One of the speakers was Stephanie Nielson of the popular blog Nie Nie Dialogues. I've been reading her blog ever since before her plane crash in 2008, and I read her book a couple of years ago. It was neat to see her and her husband Christian and to hear her speak. She's a good speaker and her story is a powerful, inspirational one. 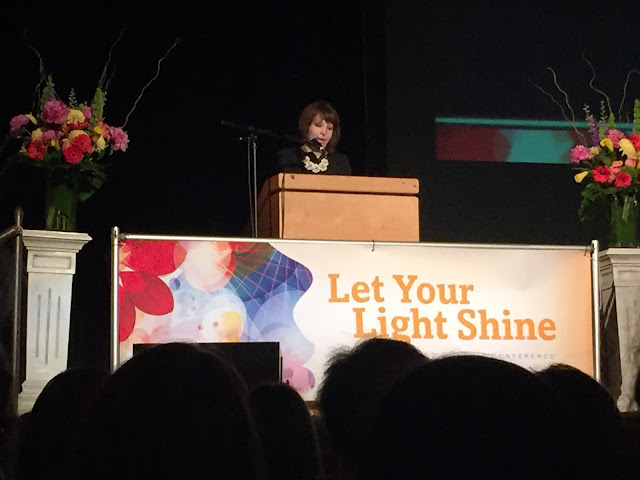 And I really liked her outfit, especially that skirt! 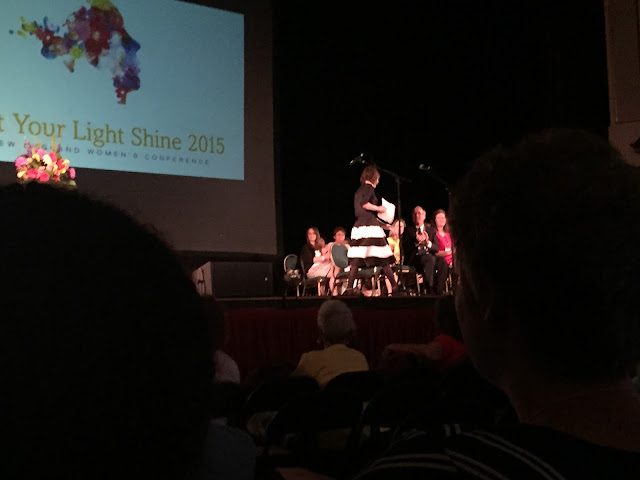 After Stephanie spoke it was announced that there was a special visitor who'd been able to make it because he was in the area visiting his son's family.
It turned out to be Elder Jeffrey R. Holland of the Quorum of the Twelve Apostles!
Everyone was thrilled! What a treat to see and hear an Apostle, especially when you're not expecting it! 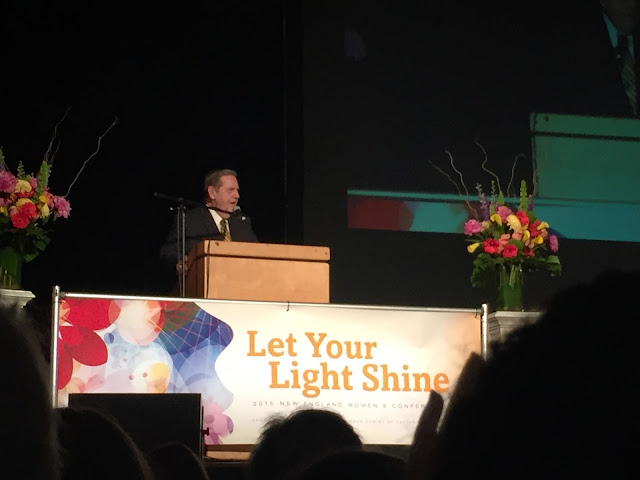 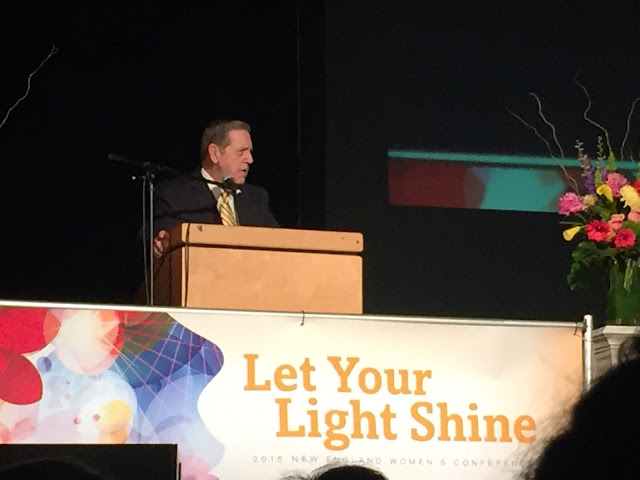 Elder Holland on the left and Stephanie and Christian Nielson on the right. 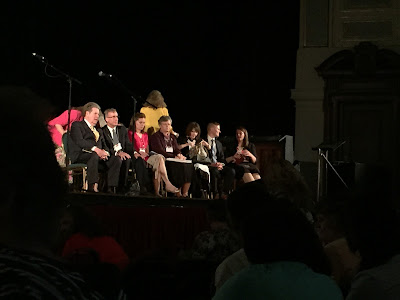 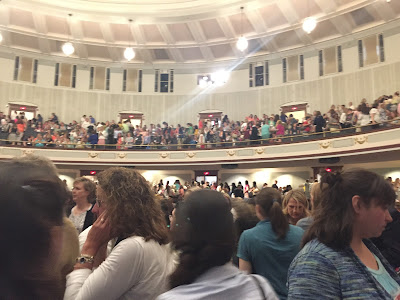 Women, women everywhere!
After the speakers, we had lunch and then went to various workshop presentations at Lowell High School. 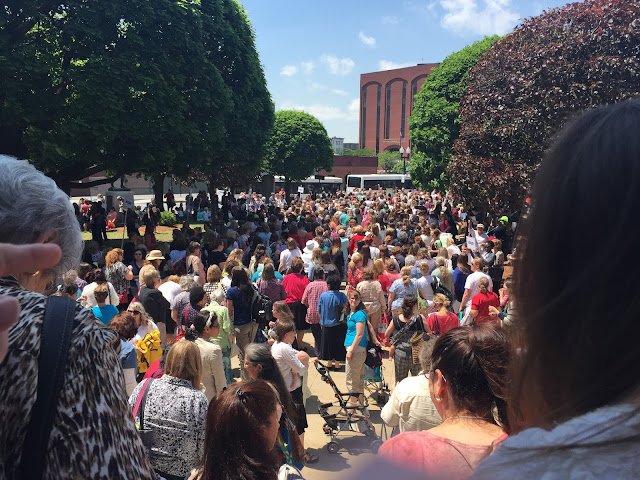 I like the old buildings of Lowell. It was once a thriving mill town in the 1800s. (I just read a really good historical fiction novel set there, The Daring Ladies of Lowell by Kate Alcott.) 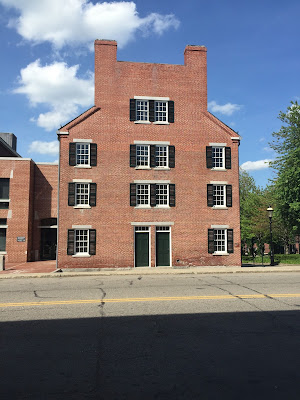 The springtime flowers in my mom's yard were really pretty. I'm used to the summer flowers there, so it was nice to see these different flowers in bloom. 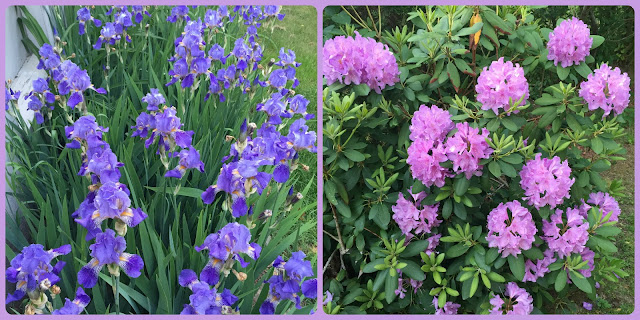 This huge blooming rhododendron bush right across the street was gorgeous! 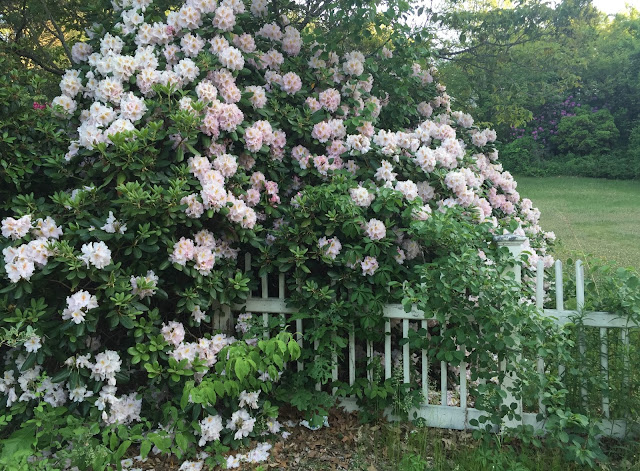 I got to spend a night at the Cape house, which is always a treat. I love it there. 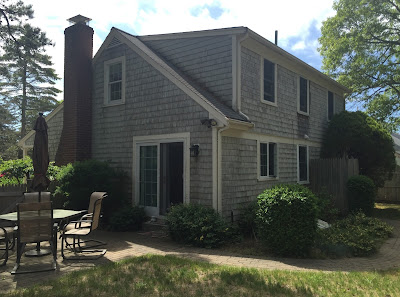 I got a quick dose of Vitamin Sea at "our beach" down the street before I left. 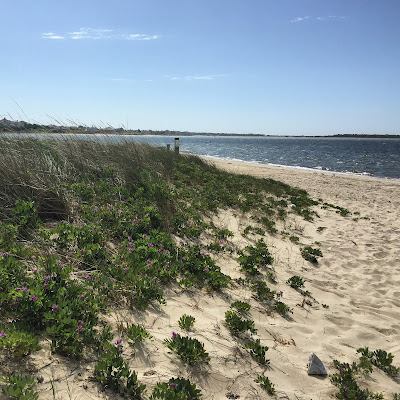 It was weird to see the harbor without any boats. There are always boats anchored out there in the summer.
The view is incomplete to me without them! 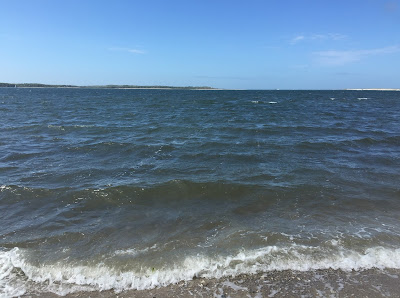 And I got to visit my sister Elizabeth and her husband Justin and my favorite nephews Rocco and Shane.
(And these are the only pictures I have to show for it!) 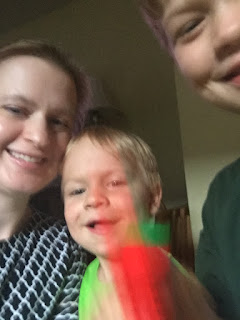 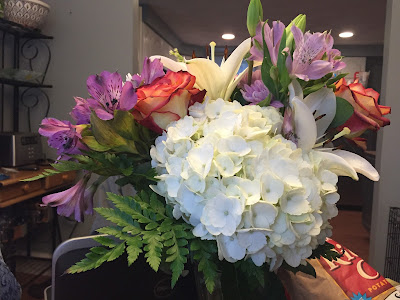 It was a really nice weekend! It wasn't too painful to end it because I was going to be back in Massachusetts again for most of the summer less than six weeks later. I just can't seem to stay away from this state!