I only have one grandparent left who's living and that's my maternal grandmother. I've always just called her "Grandma." I hadn't seen her in a few years, which I felt really bad about, so last summer I made it a priority to bring the kids to visit their only living great-grandmother and pay her a long-overdue visit from her lost-to-the-Midwest granddaughter.

It was really good to see Grandma again. It was a little hard too. Last time we were together, she knew who I was. We could carry on a conversation just fine. She lived in an assisted living facility and was still pretty independent. This time, I don't think she really knew who I was, and she was wheelchair-bound and living in a nursing home. Her mind wasn't really anywhere close to what it used to be. She has dementia, but it's not so bad that she doesn't know who her children are. But grandchildren like me are stretching it. Another thing that was different was that her hair, which had always been curly or wavy for as long as I'd known her (my whole life), was straight. She was a lot more different than I realized she would be. But it was still so nice to see her again. 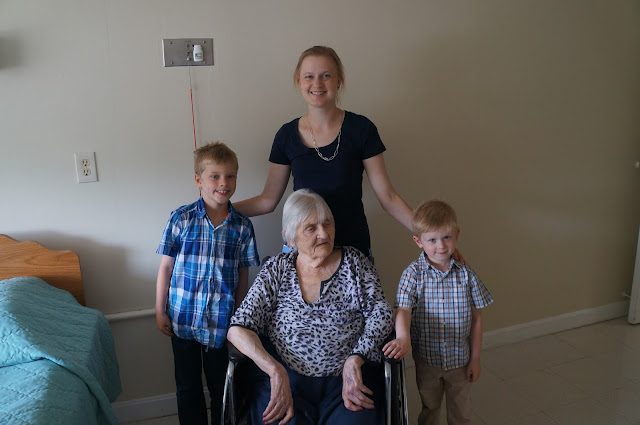 She couldn't stop staring at Sam. She thought he was so cute. It was funny! 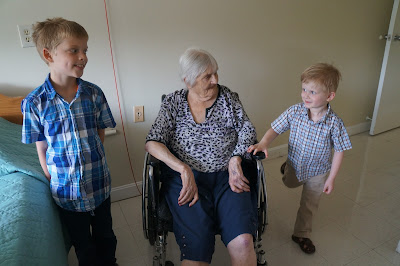 I was trying to get a nice picture of her, my mom, and the boys, but she only had eyes for Sam. I don't think she really understood that I was trying to take a picture of them. So this series of pictures is pretty funny! 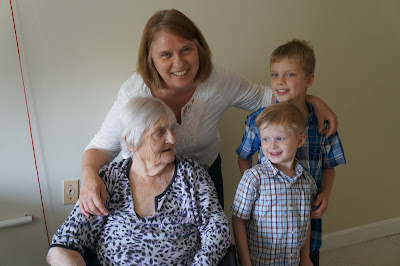 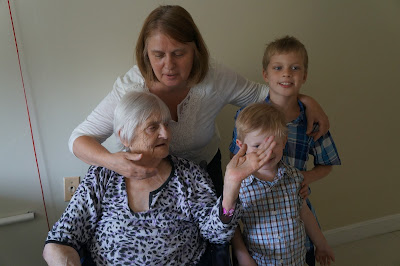 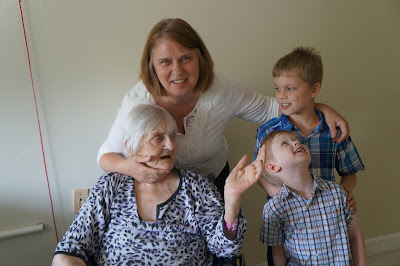 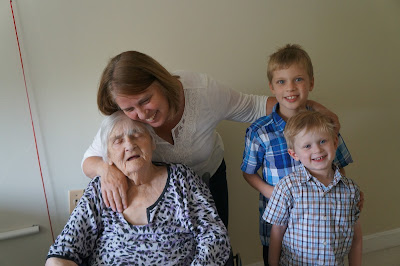 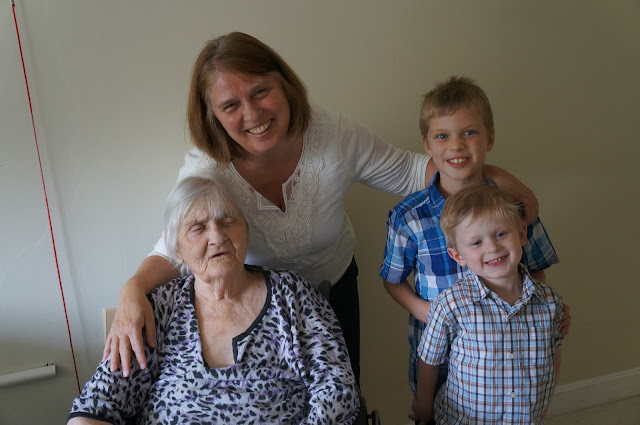 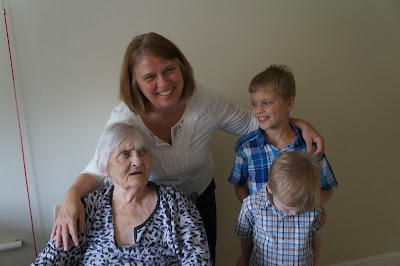 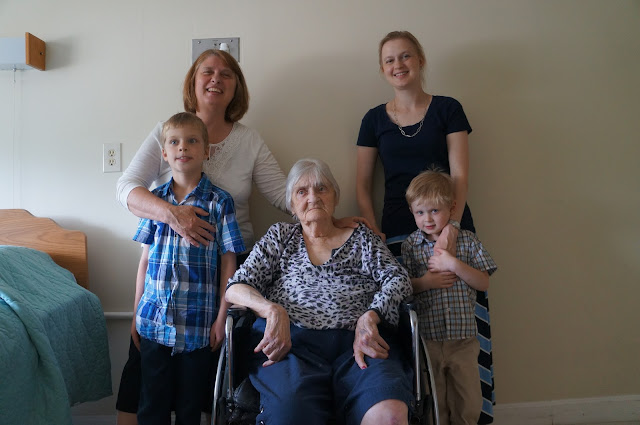 The kids were both really good. John especially was respectful and kind and understood the significance of seeing his great-grandmother.

There was a special room there that I call "The Blast from the Past Room." It's like a museum room with things from the decades in the past that the elderly lived their lives in. This is such a nice idea to have in a nursing home. 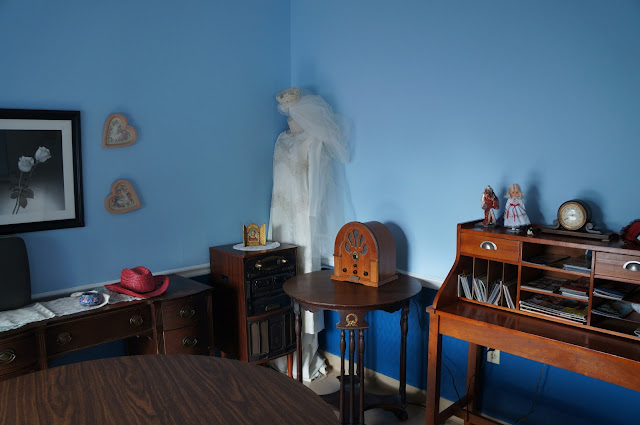 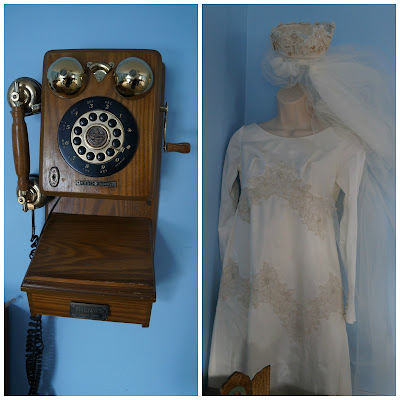 (A pay phone was in there which made me feel old. No pun intended.) 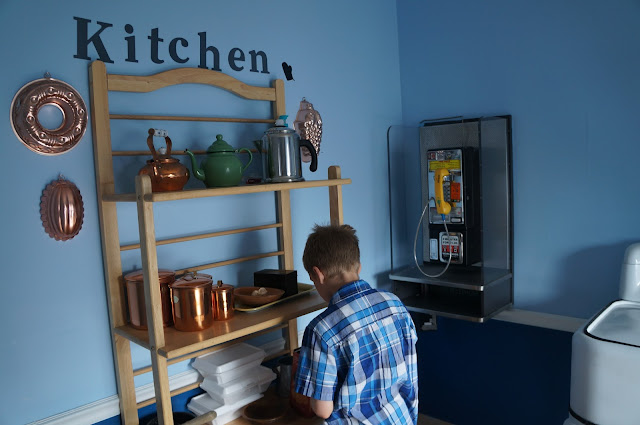 It was a sweet visit with my sweet Grandma. I plan on doing it again this summer.