1. This week I ate almost an entire 8x8 pan of Betty Crocker Turtle brownies all by myself in about a day. They were so delicious. #gluttony

2. We've had a number of things break around the house in the last month, which is (fortunately) unusual.
I hope that's the end of the broken list. I've got my eye on my SUV, which is about 1,000 miles overdue for a maintenance appointment. I have one scheduled for a week from today. Just hold on another week for me please, my trusty Highlander!

3. I've had a long-time daily habit of thinking about what I was doing on that day a month ago and a year ago. A year ago today, the boys and I flew home from New York City where my sister had gotten married the previous day. I was suffering the after-effects of a terrible bout of food-poisoning that I'd gotten the night before, so it was a tough travel day from New York to Chicago to Cedar Rapids for me, but we made it!

A month ago today, on March 17th, we were on our Disney cruise. We had our first stop on the island of St. Maarten, where we took a tour of the Dutch and French sides of the island, went on a semi-submarine ride under the sea, explored the French capital city of Marigot a bit, and saw some beautiful beaches and scenery. It was a great day. Pictures and blog posts of the cruise are forthcoming, probably not until next fall or winter given my usual pattern.

Here are a few pictures from St. Maarten to tide you over: 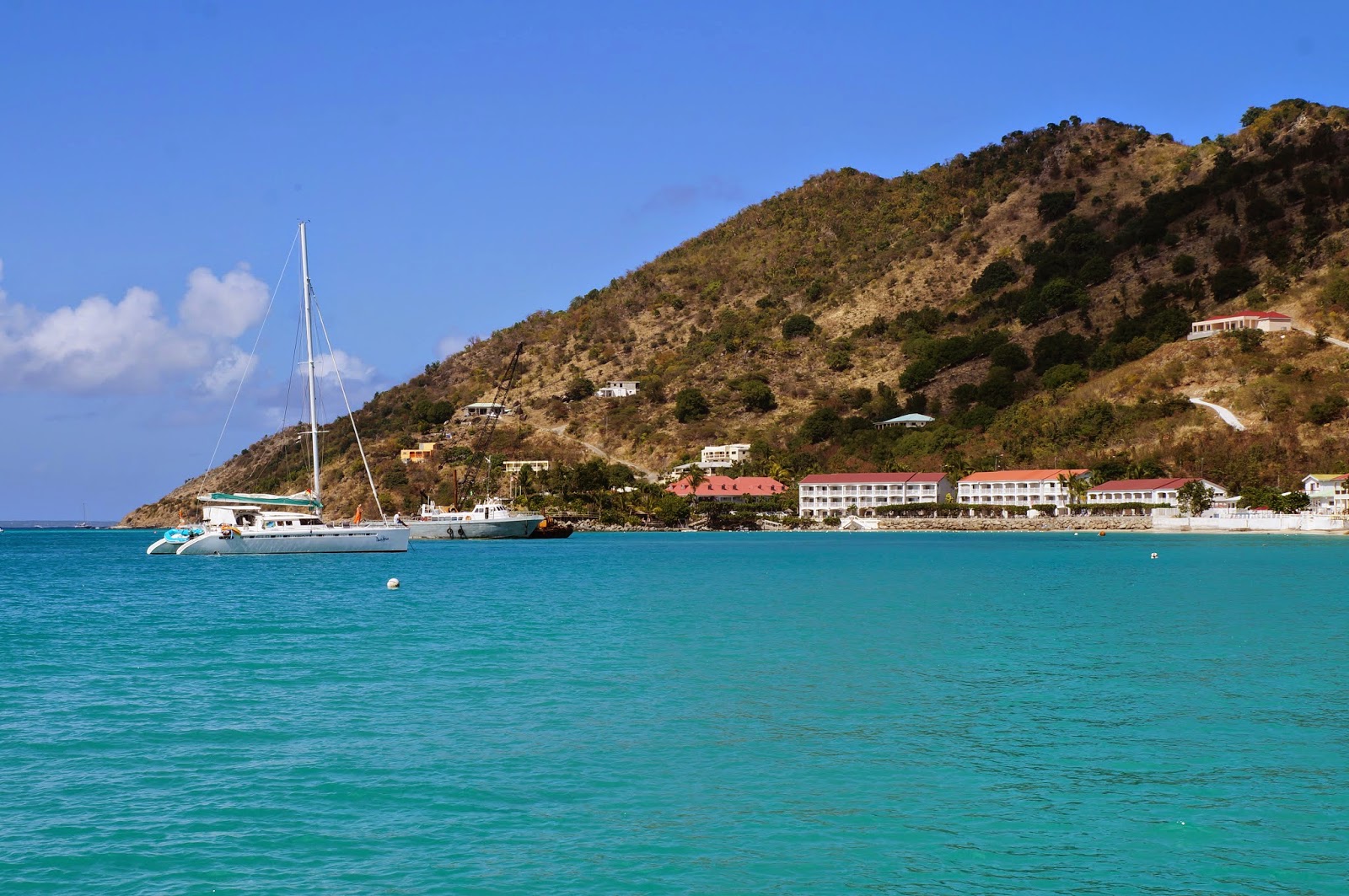 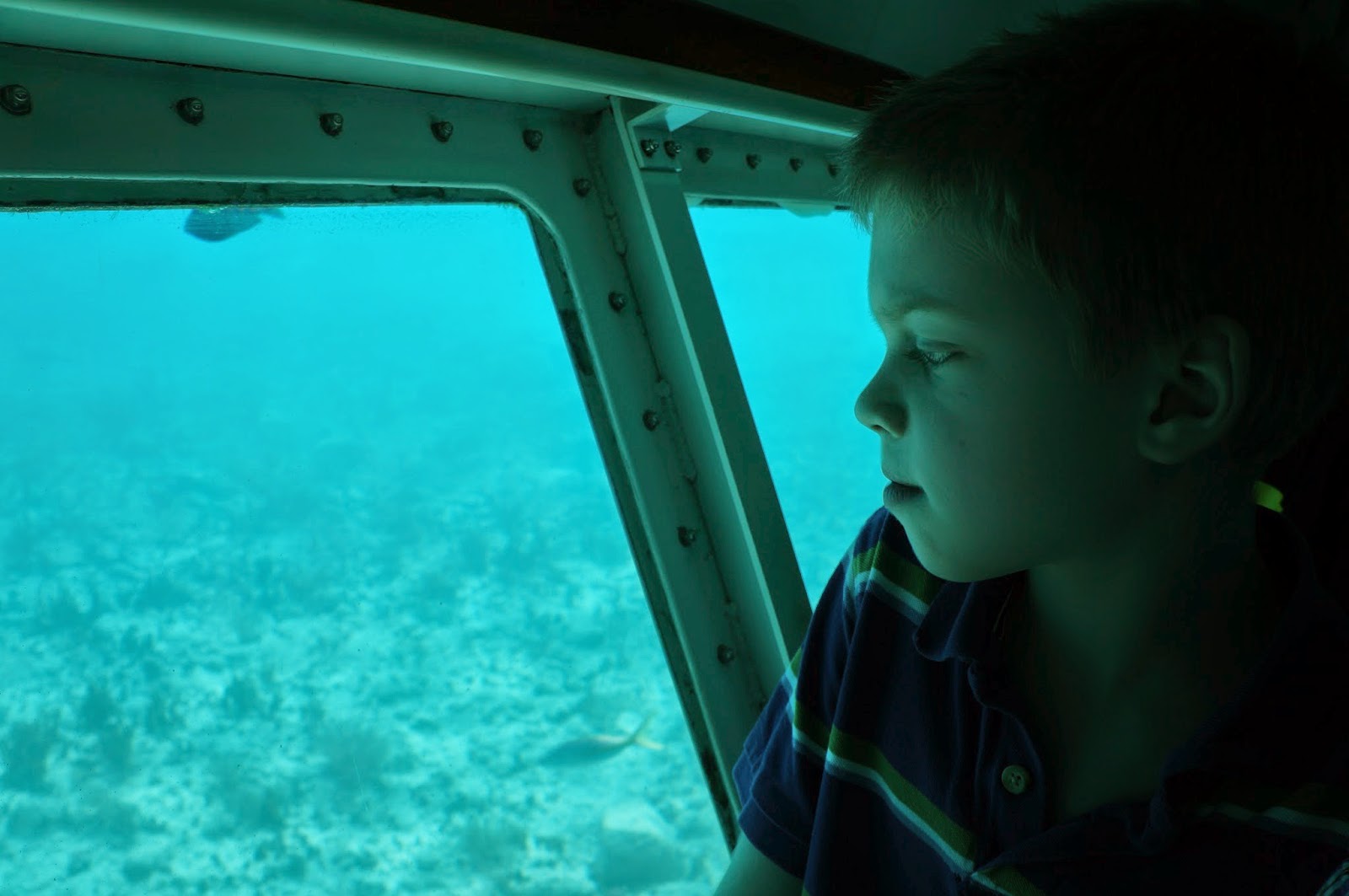 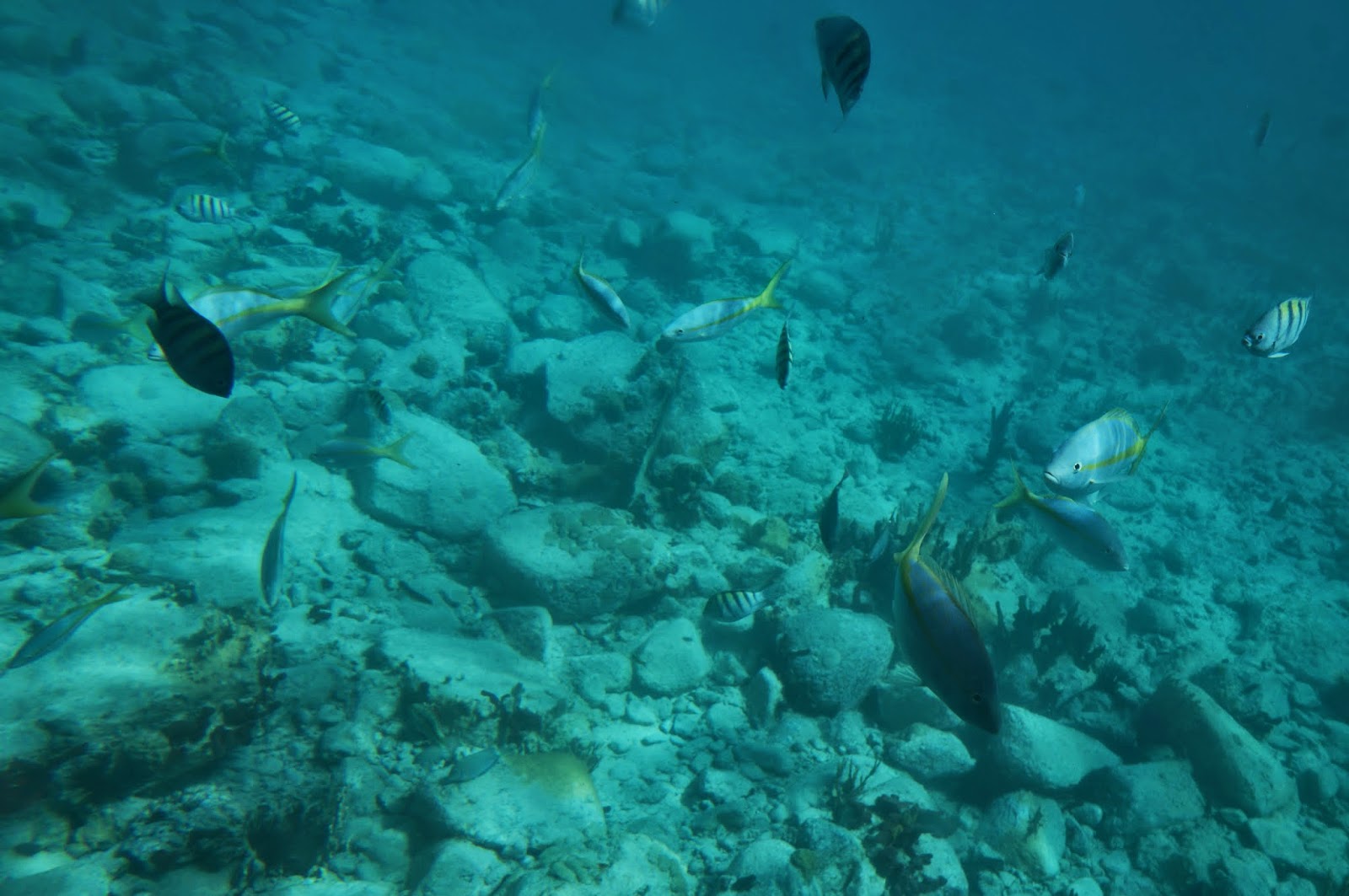 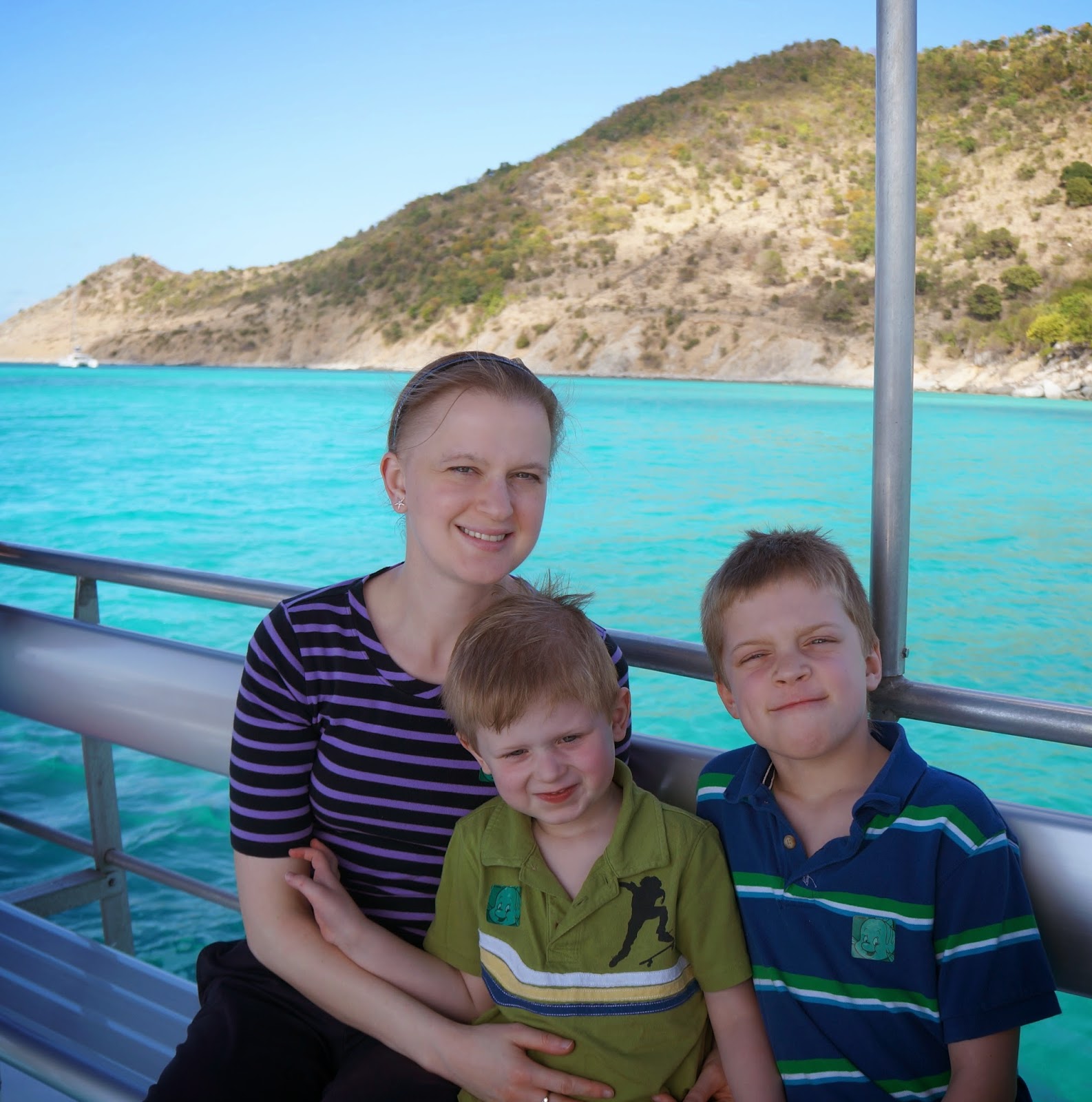 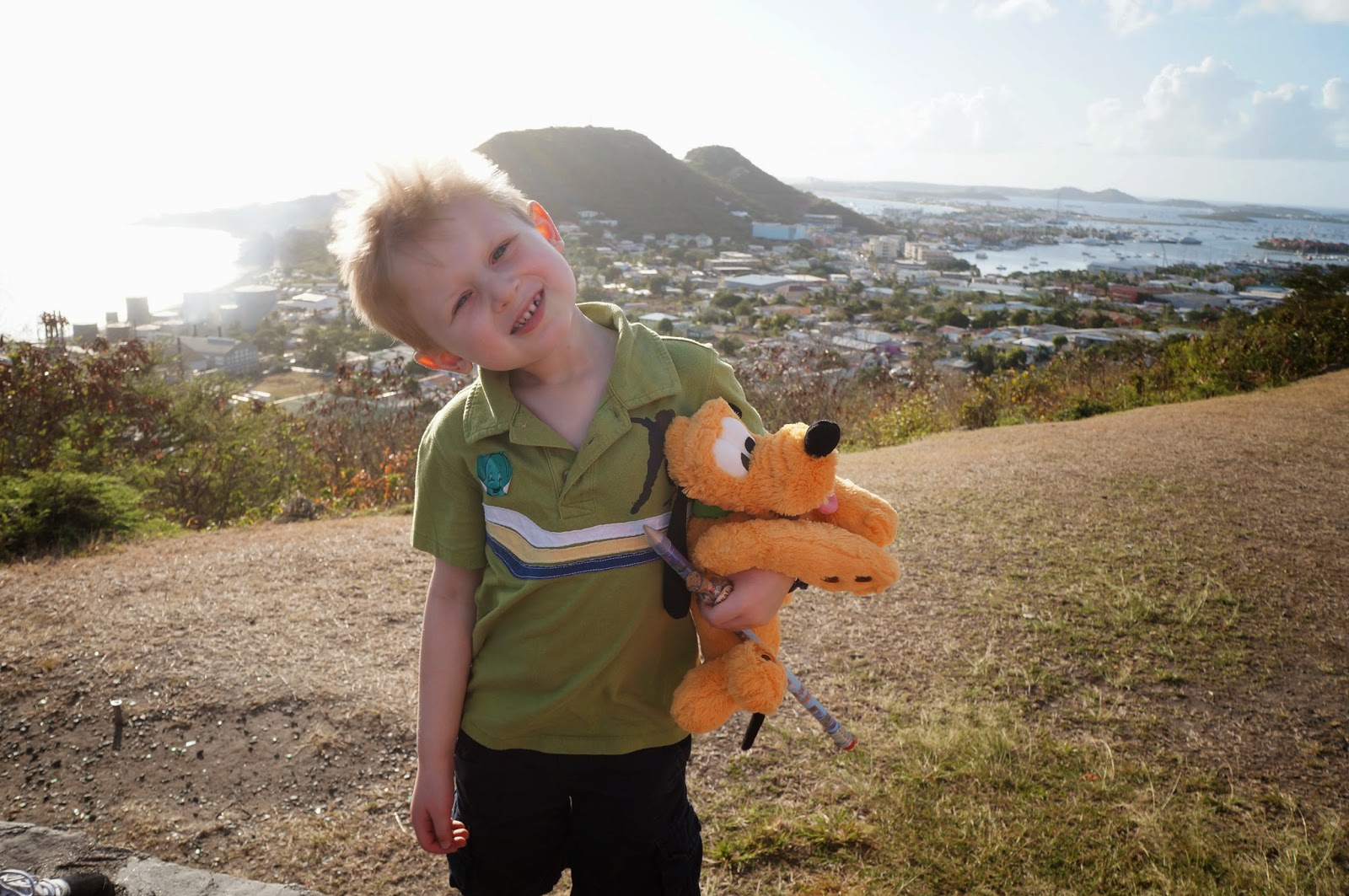 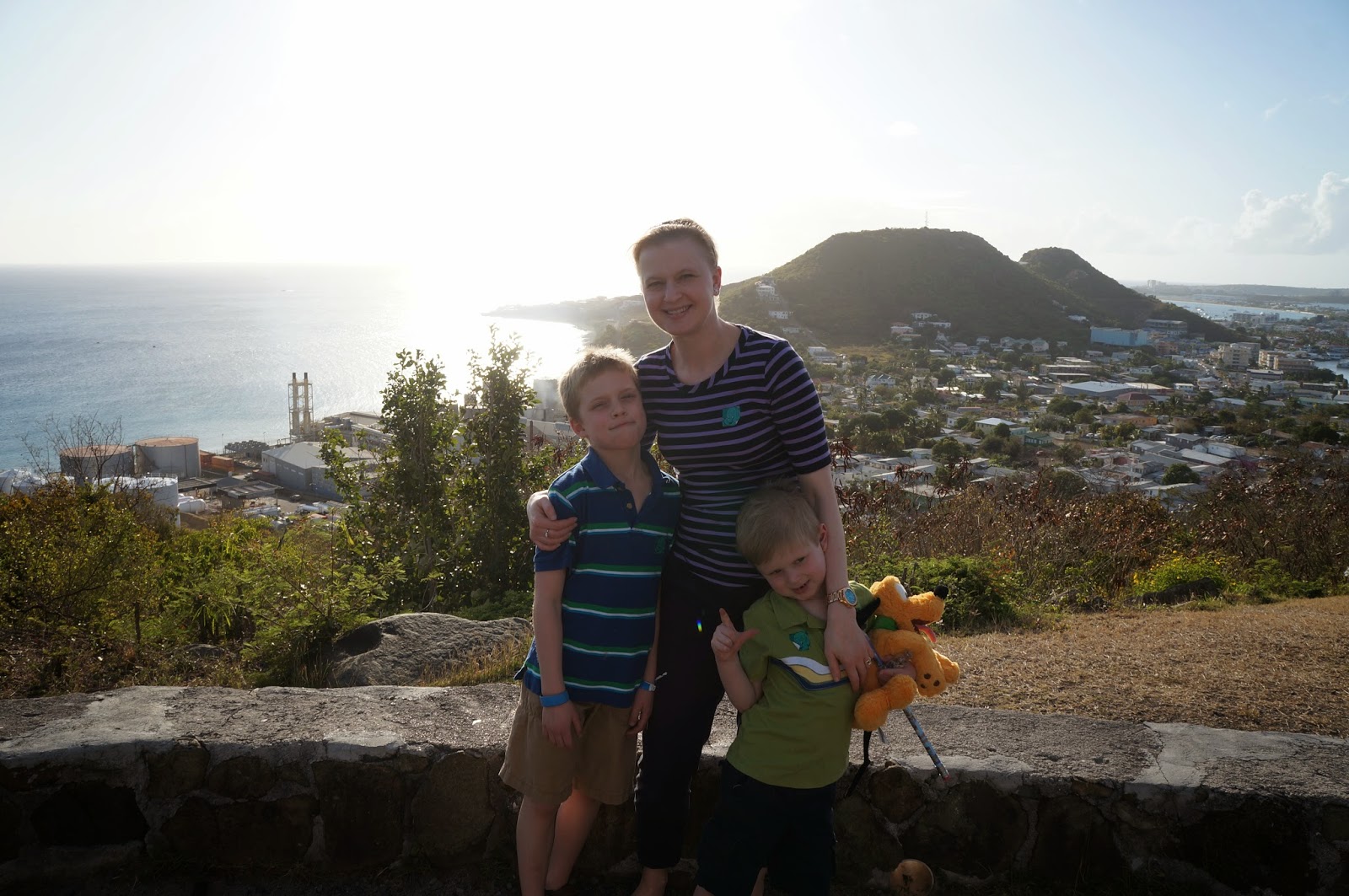 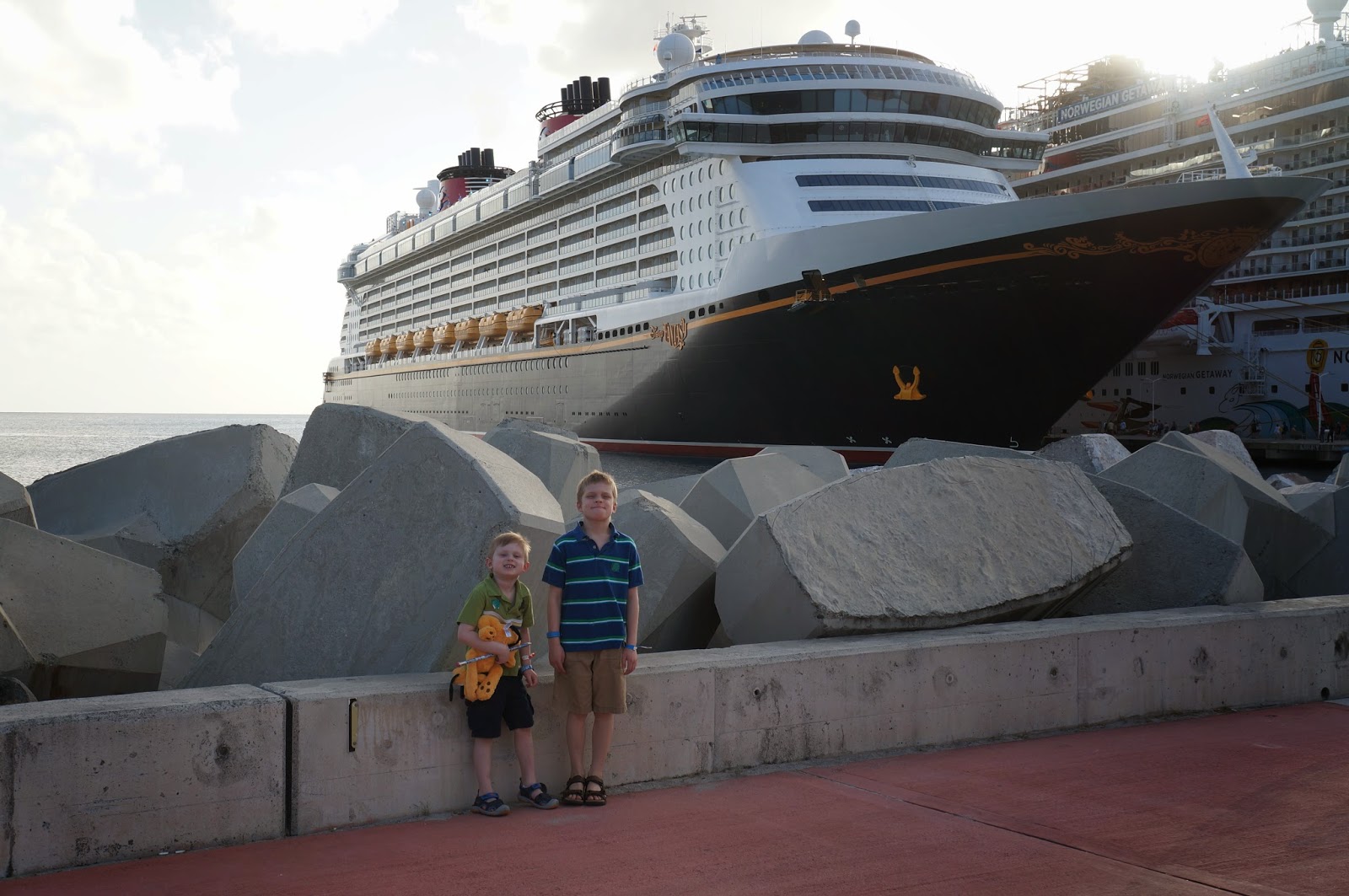 And today, a month later, we're not doing anything nearly as exciting or fun. But it's family Movie Night tonight! Yeah! #thatslife

4. We've been enjoying beautiful spring weather this week! Last week the buds on this tree in our yard looked like this: 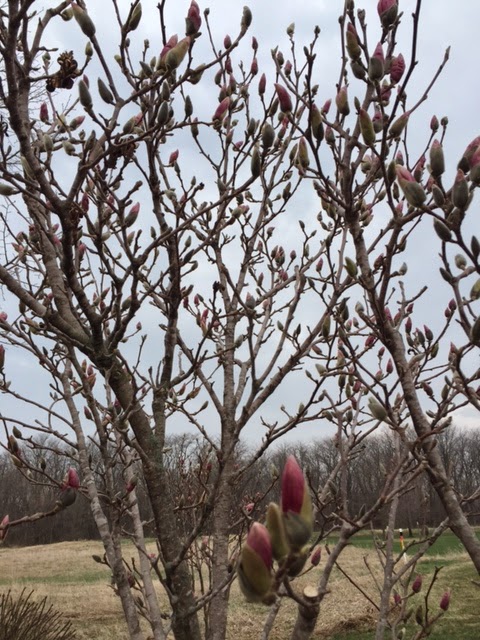 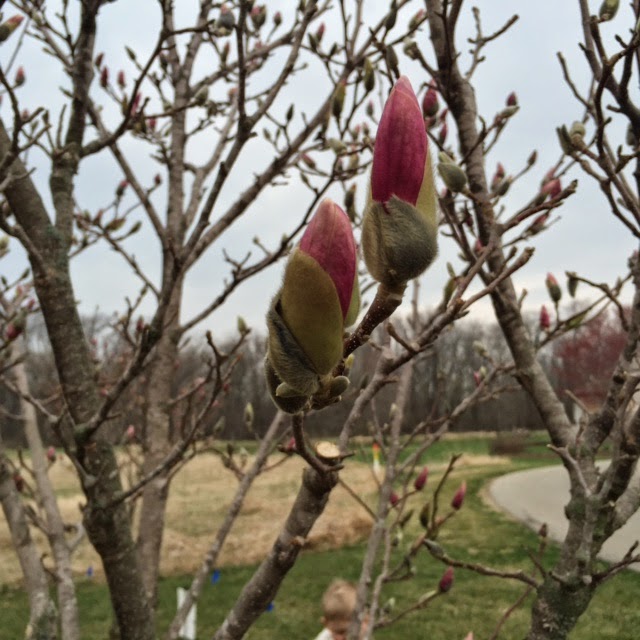 This week, they bloomed! 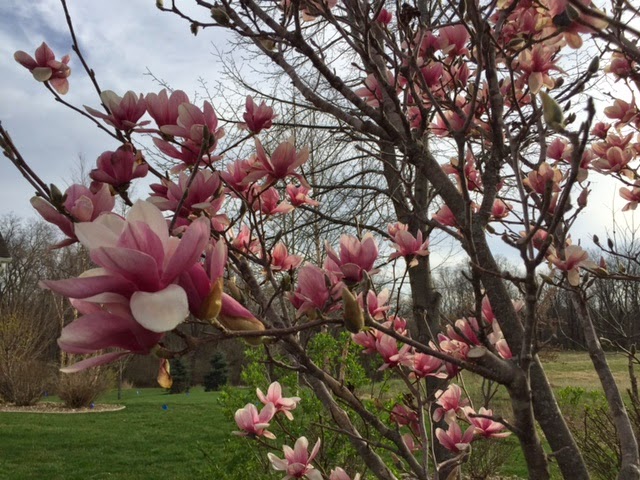 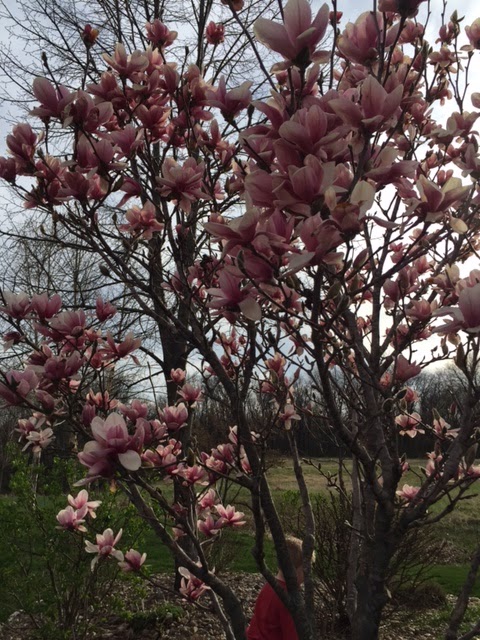 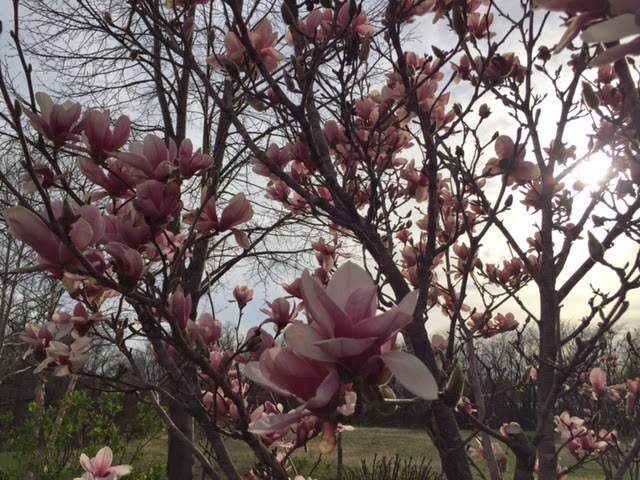 I love this tree. (I used to know what kind of flowers these were but now I can't think of it. Anyone know?) It's in bloom like this for literally two weeks a year. It's a fleeting but perennial beauty.

5. Yesterday was easily the best day so far of 2015 in our area weather-wise. It was sunny and mild, in the low 70s. (I like it even better about 10 degrees warmer, but I'm not complaining!) Between activities the boys and I had a picnic dinner at the park (courtesy of Wendy's and Costco) and then they had fun on the playground before it was time to drop John off at gymnastics. It was so nice! 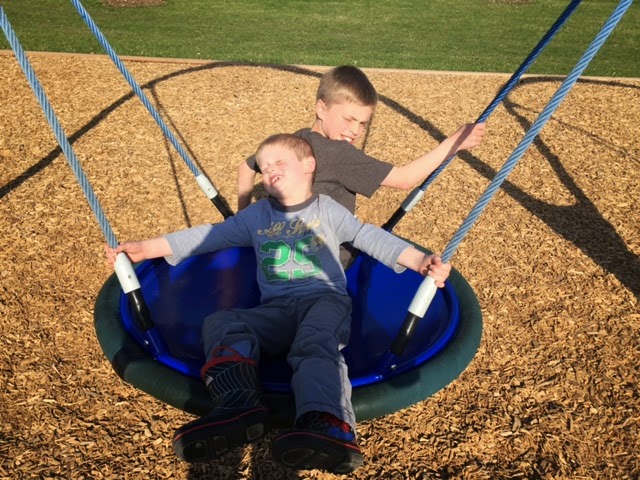 It's going to be another nice day out today (upper 70s!), and then rain and colder temps are moving in this weekend and for next week. Oh well, it was nice while it lasted. And it will be back soon enough!