{Because what better and more random time is there to write about the previous September than the following April?}

Having missed the kindergarten cut-off by five days, Sam started his third and final year of preschool the day after Labor Day. That morning he wanted to have a special breakfast up in his room, and I was happy to oblige him. He used his favorite blanket for the tablecloth and set up a place for his stuffed puppy. It was a very cute breakfast. 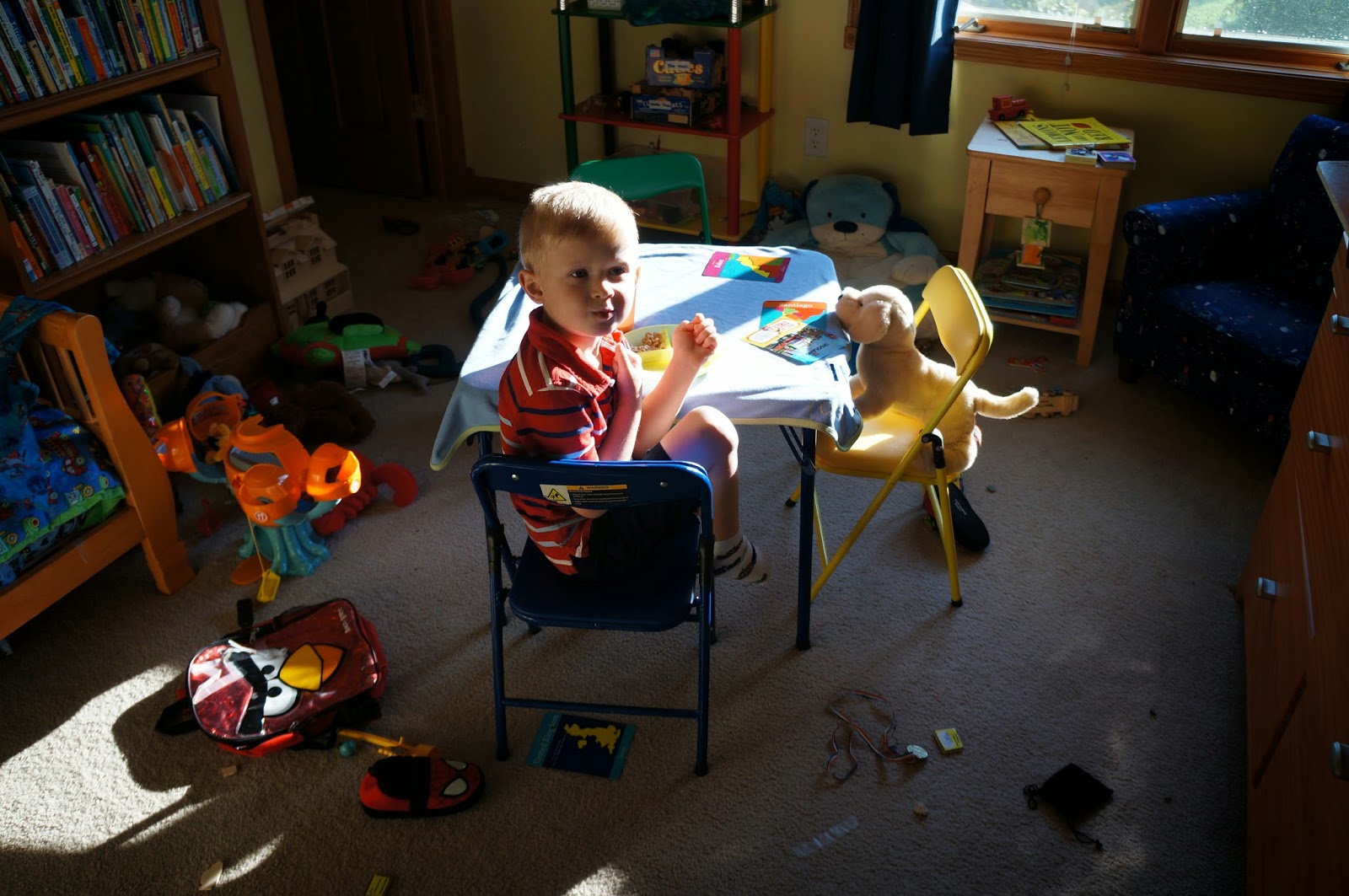 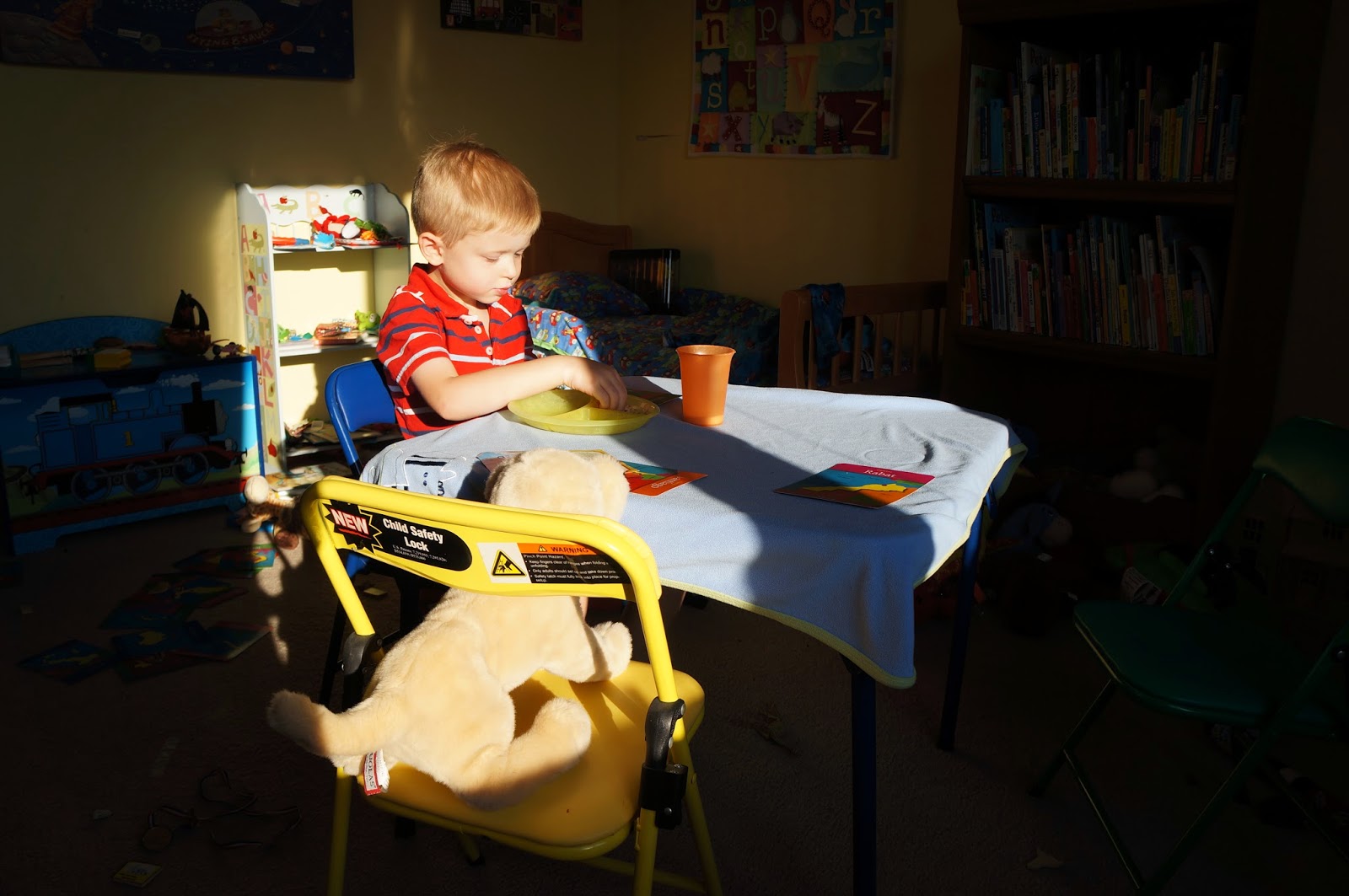 Then we went outside and took some cute, classic first-day-of-(pre)school pictures. 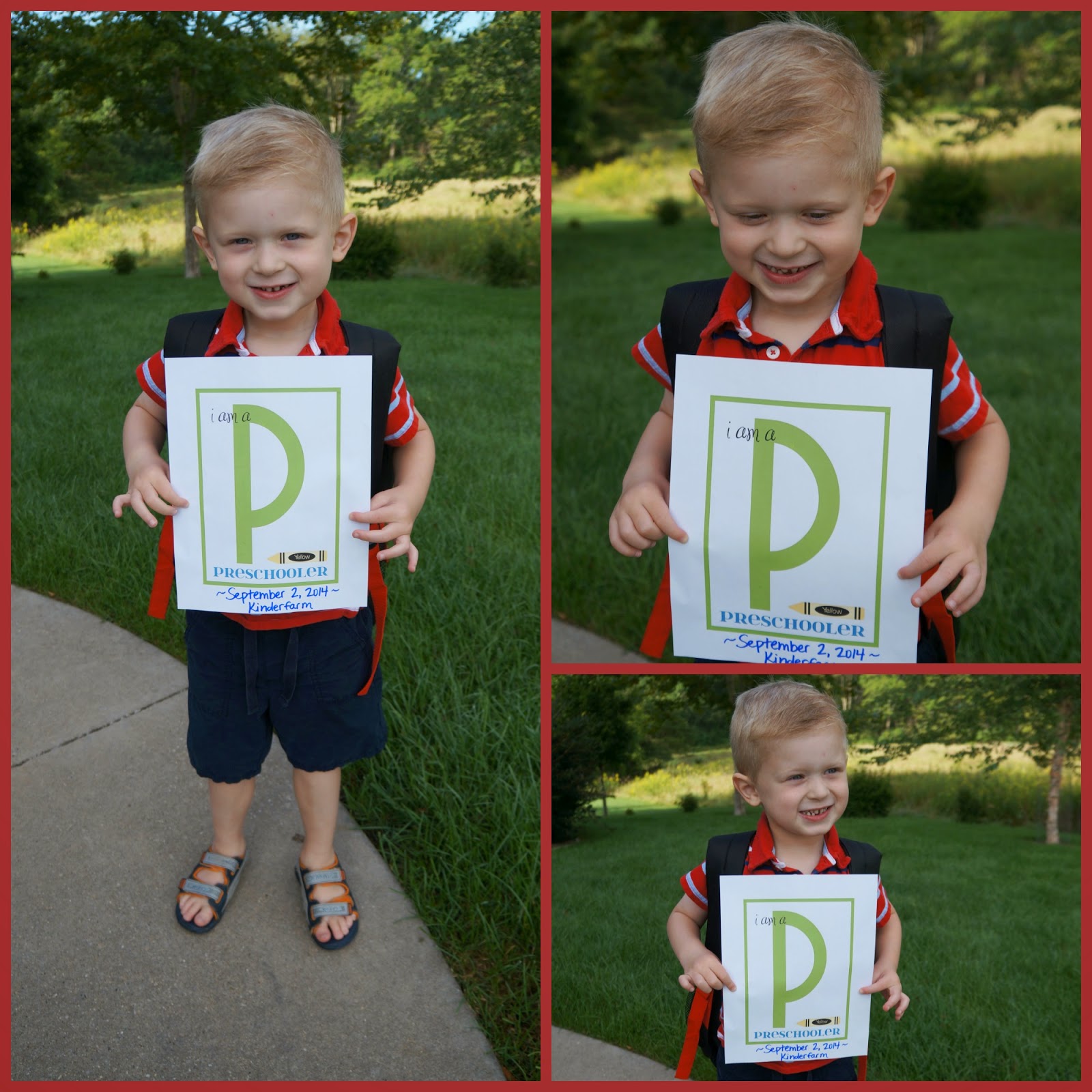 That evening the boys played outside after dinner.
Spending time out in the fresh air before bed is such a nice way to end the day, and the kids sleep better too.

Check out this mid-air action shot of John! 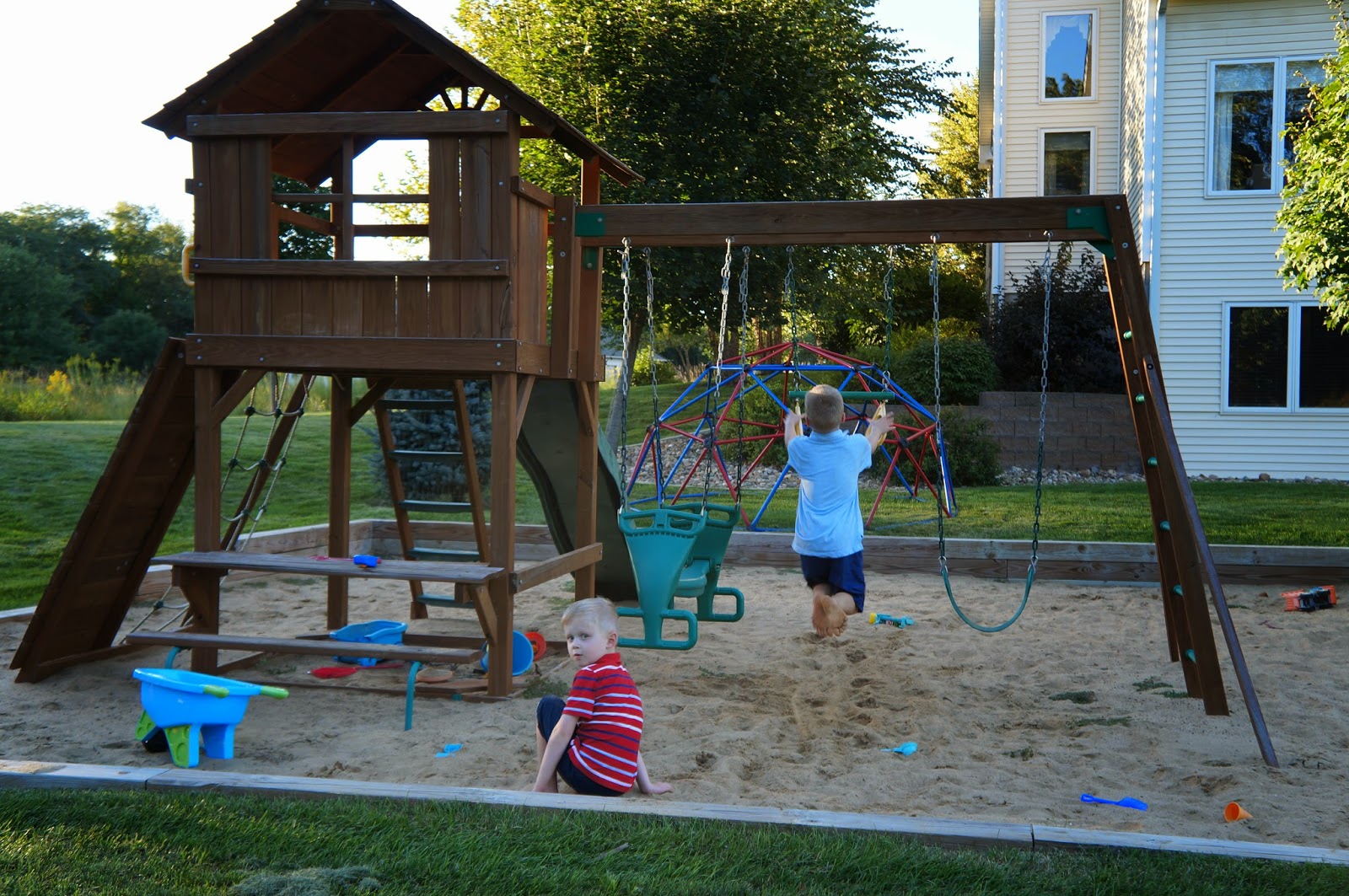 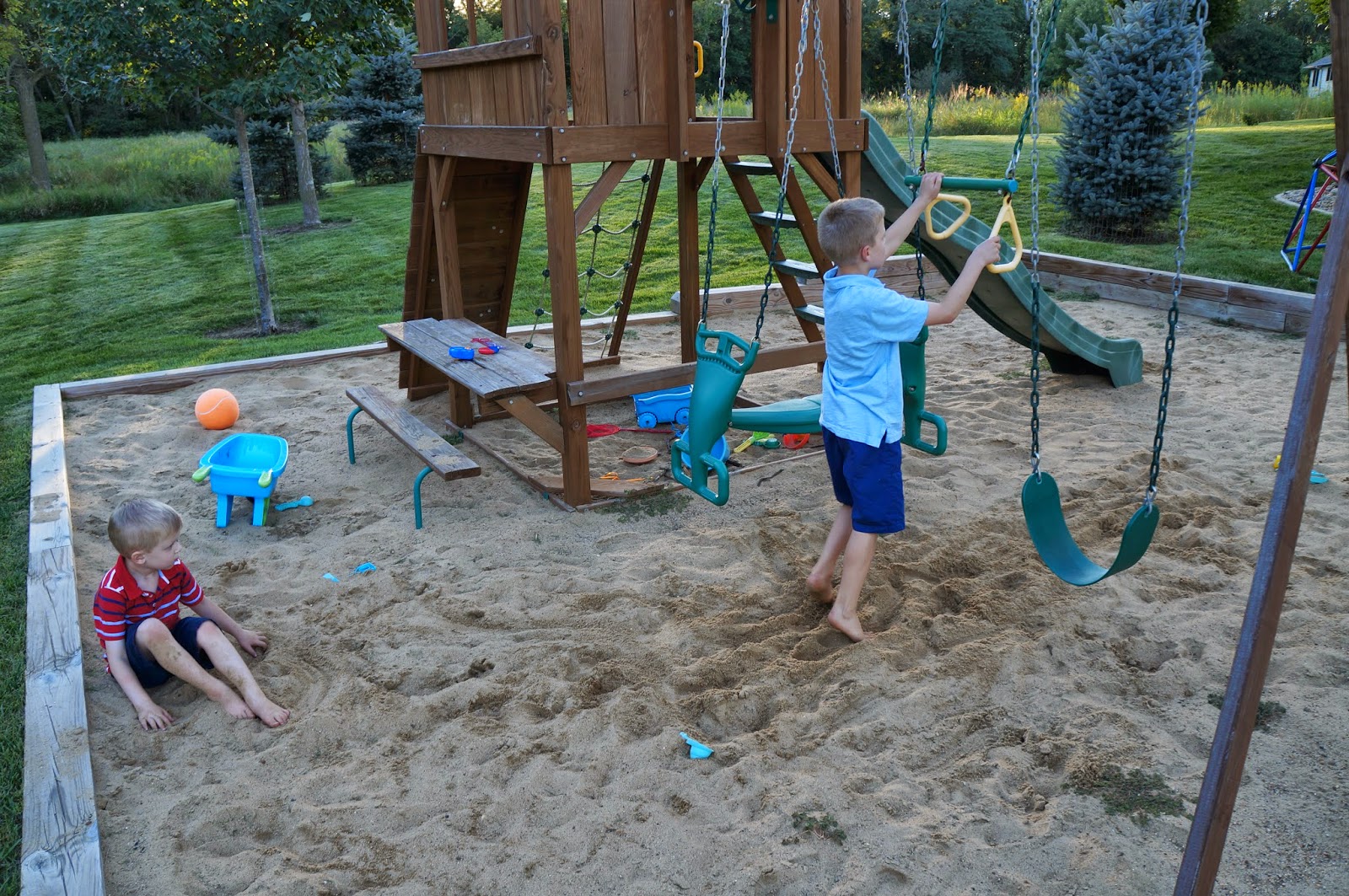 I love the way the setting sun illuminates the field behind our house in late summer. The yellow flowers brighten up in the light and it's so pretty. 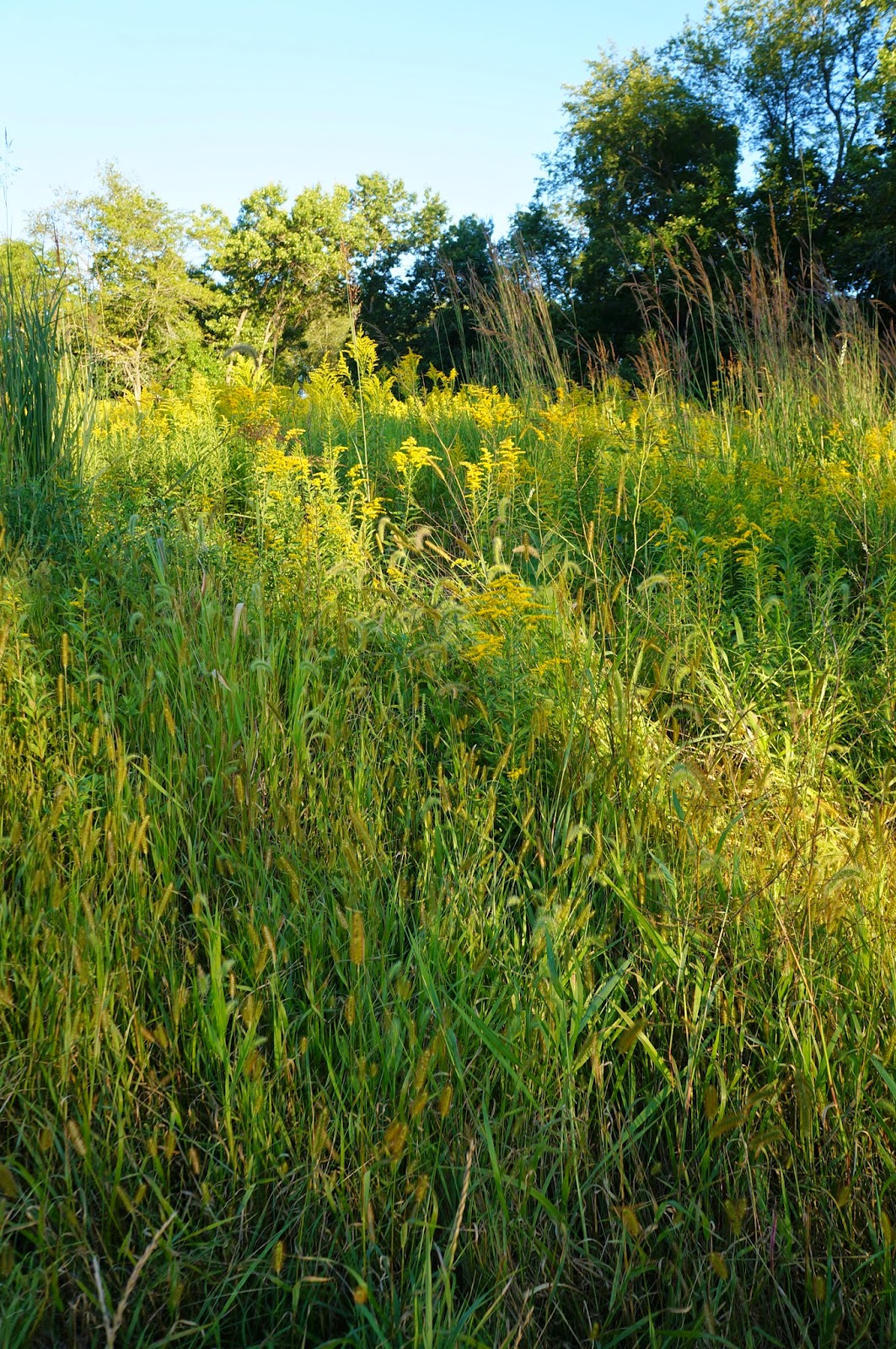 A pretty contrast of yellow and green... 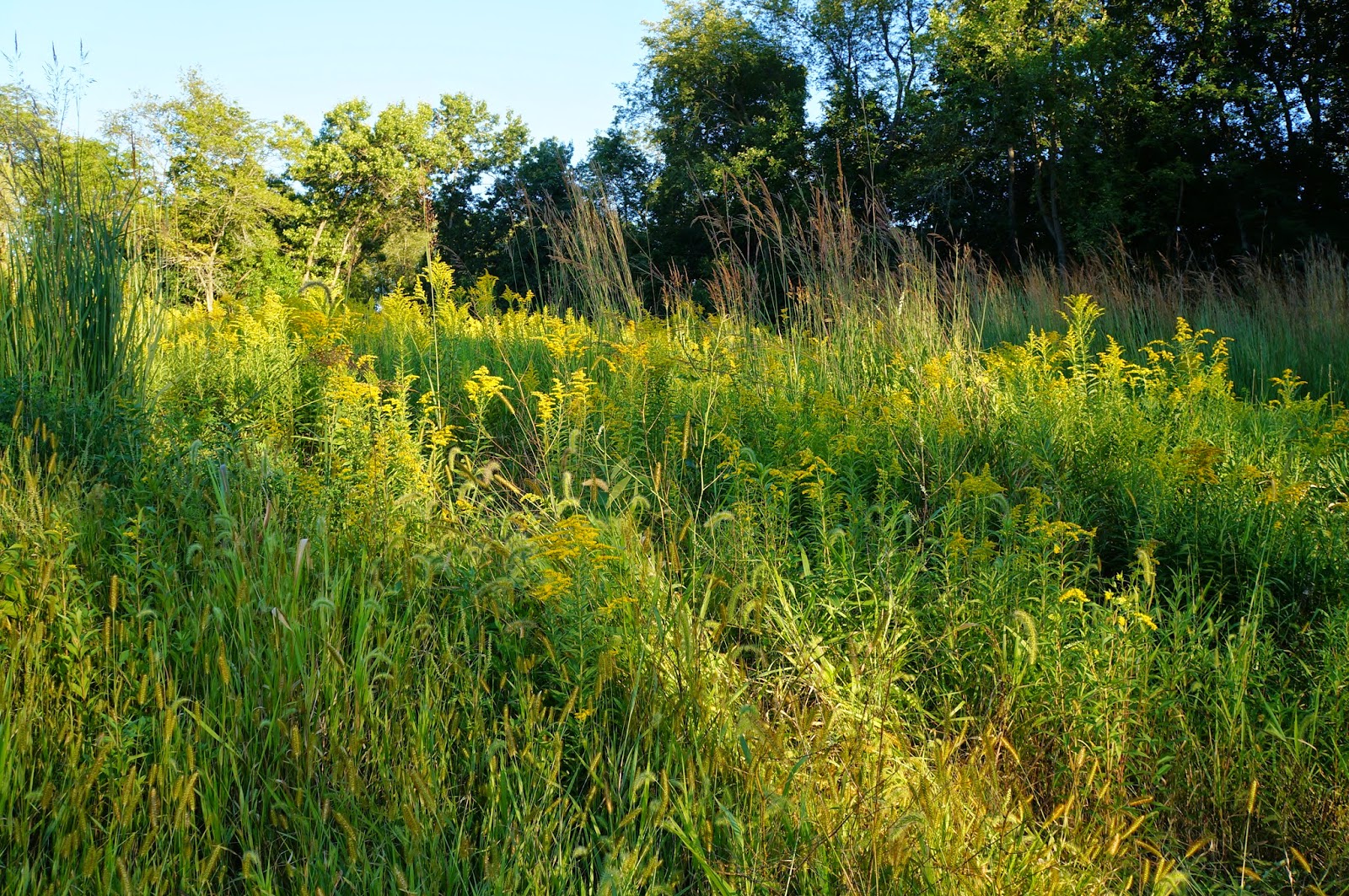 The yard had just been mowed that day.
I like freshly cut grass and the "mow lines" that are left behind. 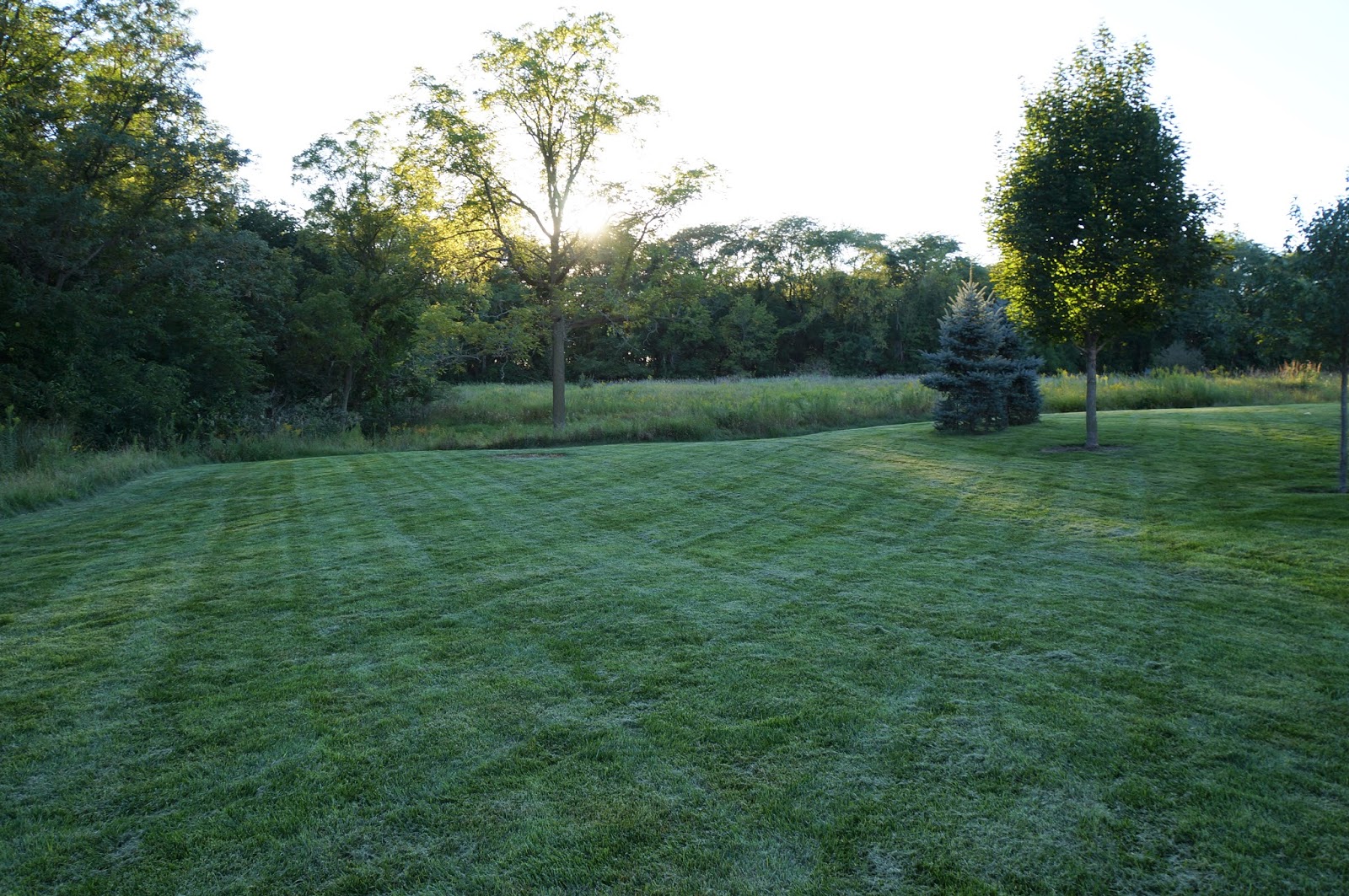 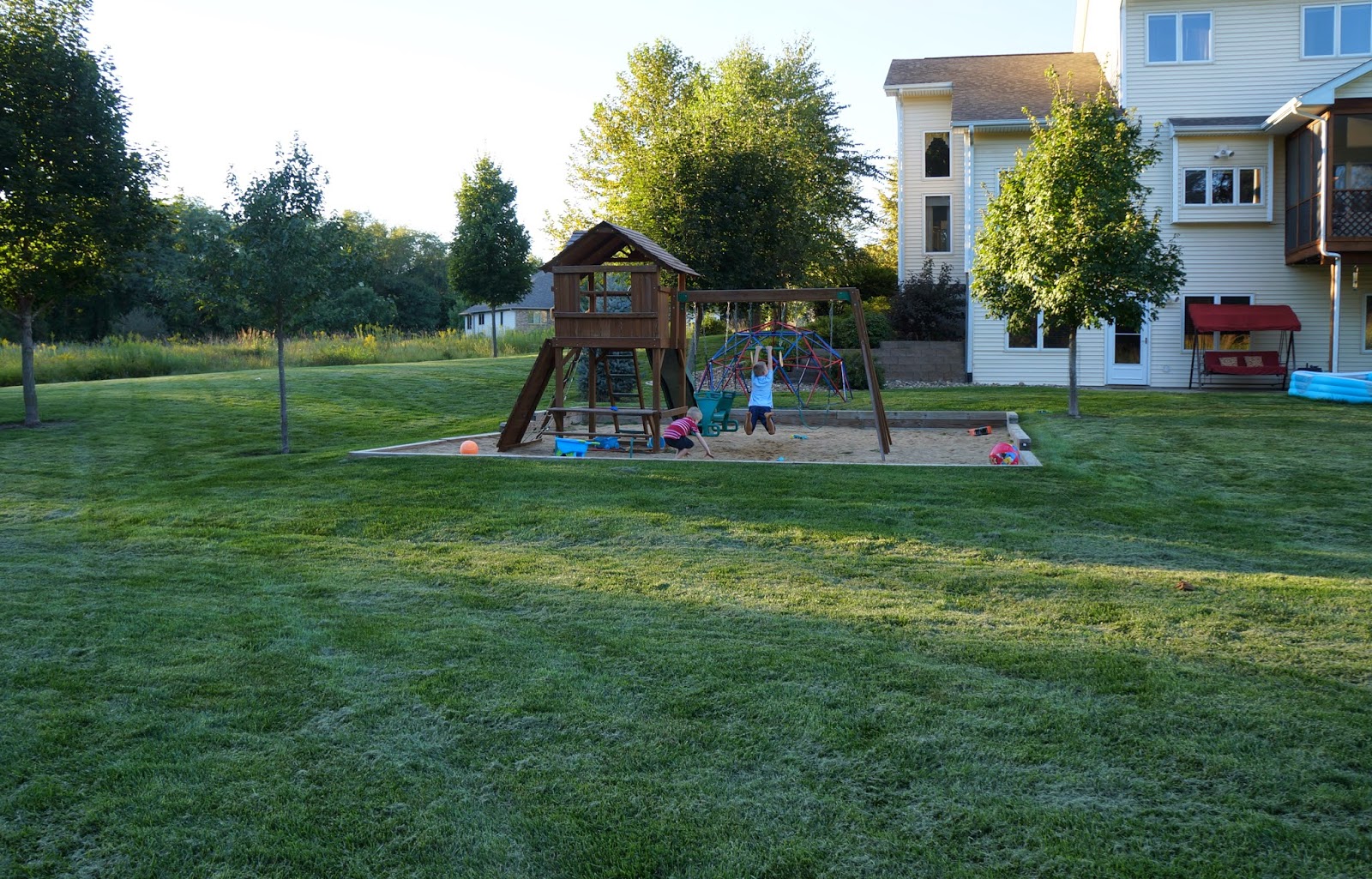 This was a fun discovery--Costco sells hydrangeas! It helped me feel a (flowery) connection to the Cape, which I'd been missing. 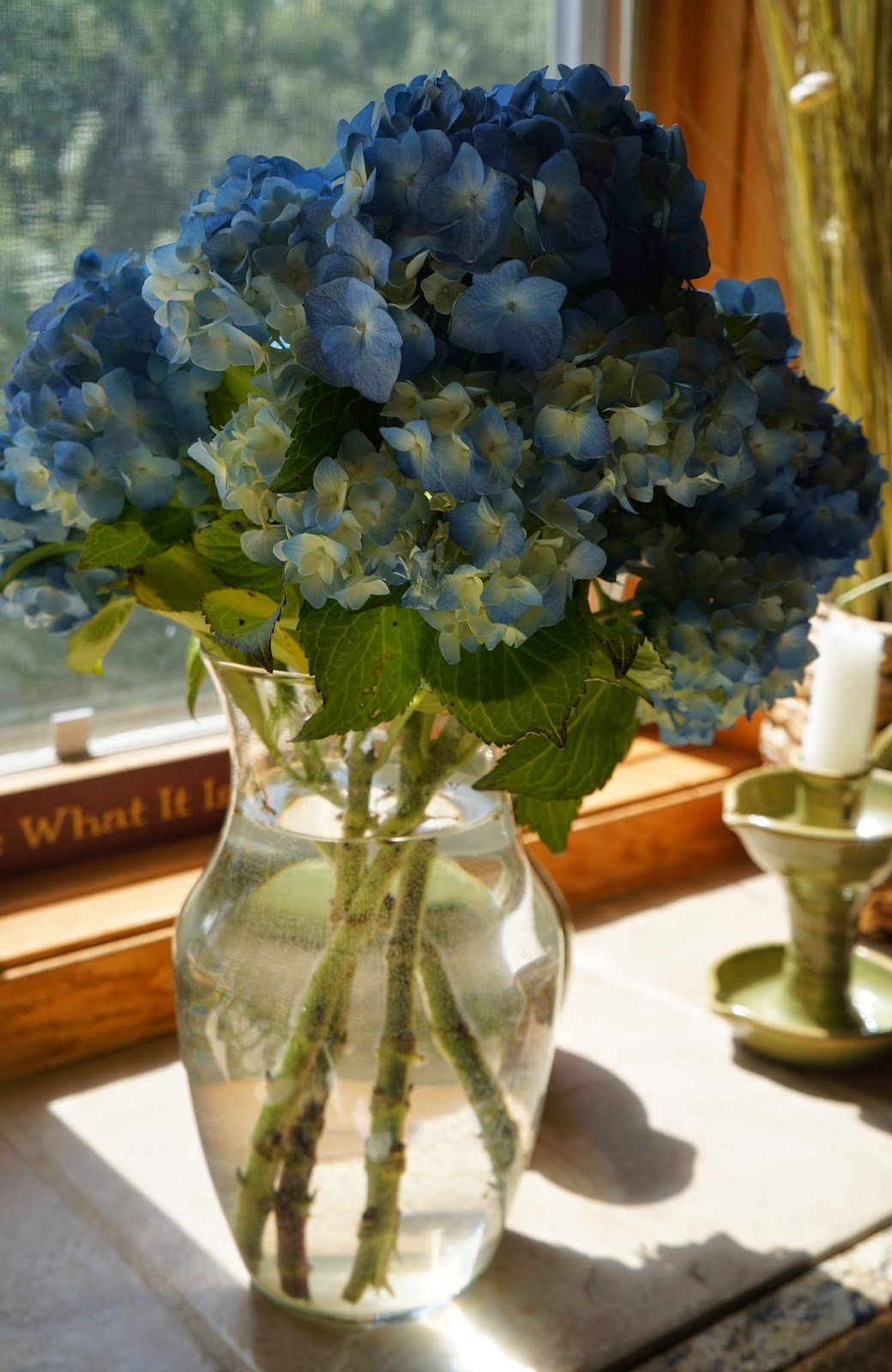 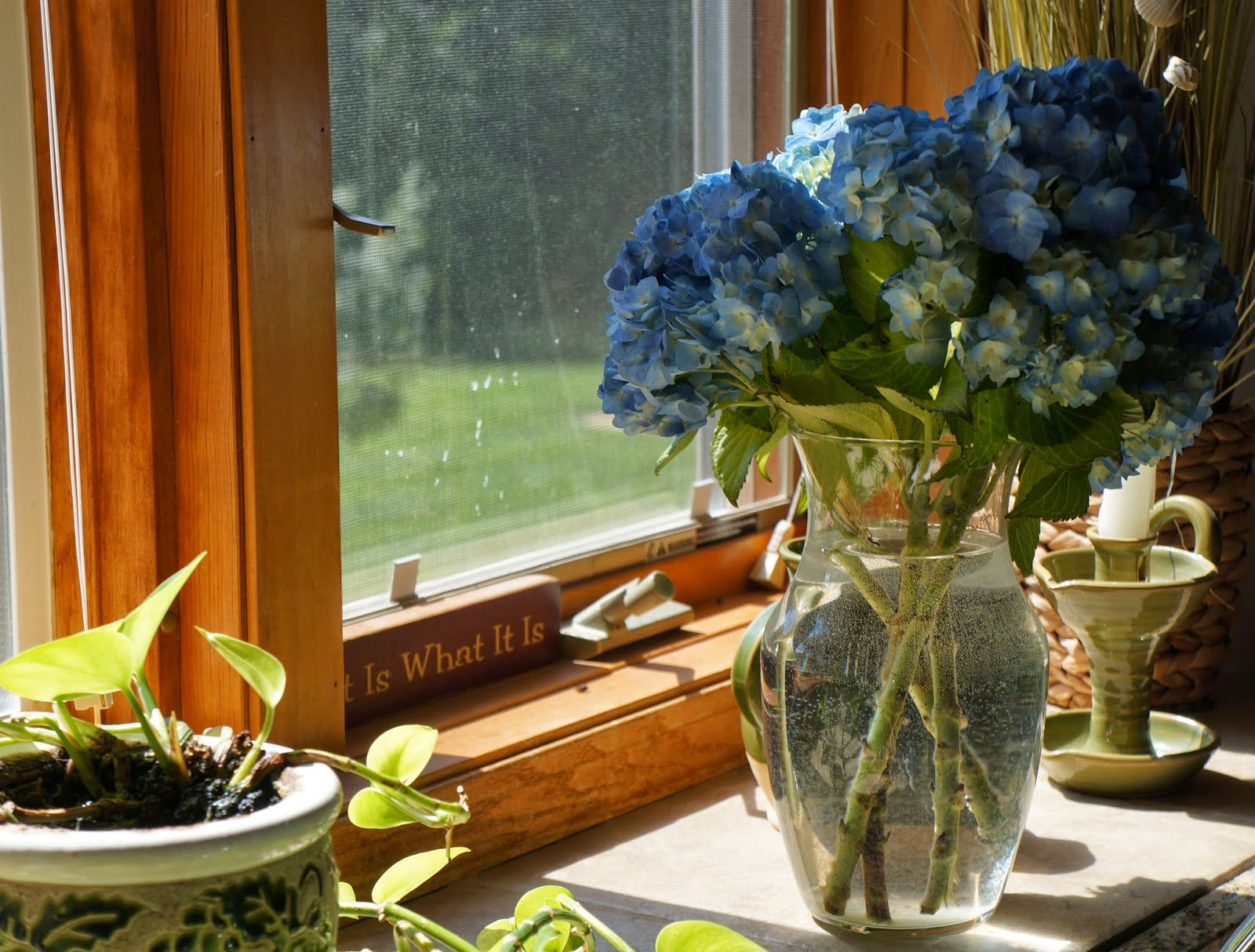 And that was my September 2014, at least as far as the contents of the photo folder I made last fall is concerned. (One file folder down, many more to go!)