The Beautiful Aftermath of an Early Summer Storm

June 30th was the day before we left on our annual road trip to Massachusetts. There was a huge thunderstorm that afternoon and it rained so hard that a flowing river of water appeared in our backyard. (Better the backyard than the basement!) We were lucky with the timing of the storm because if it had happened the next day, it would have made packing up the car and getting ready to go very difficult--and very wet. 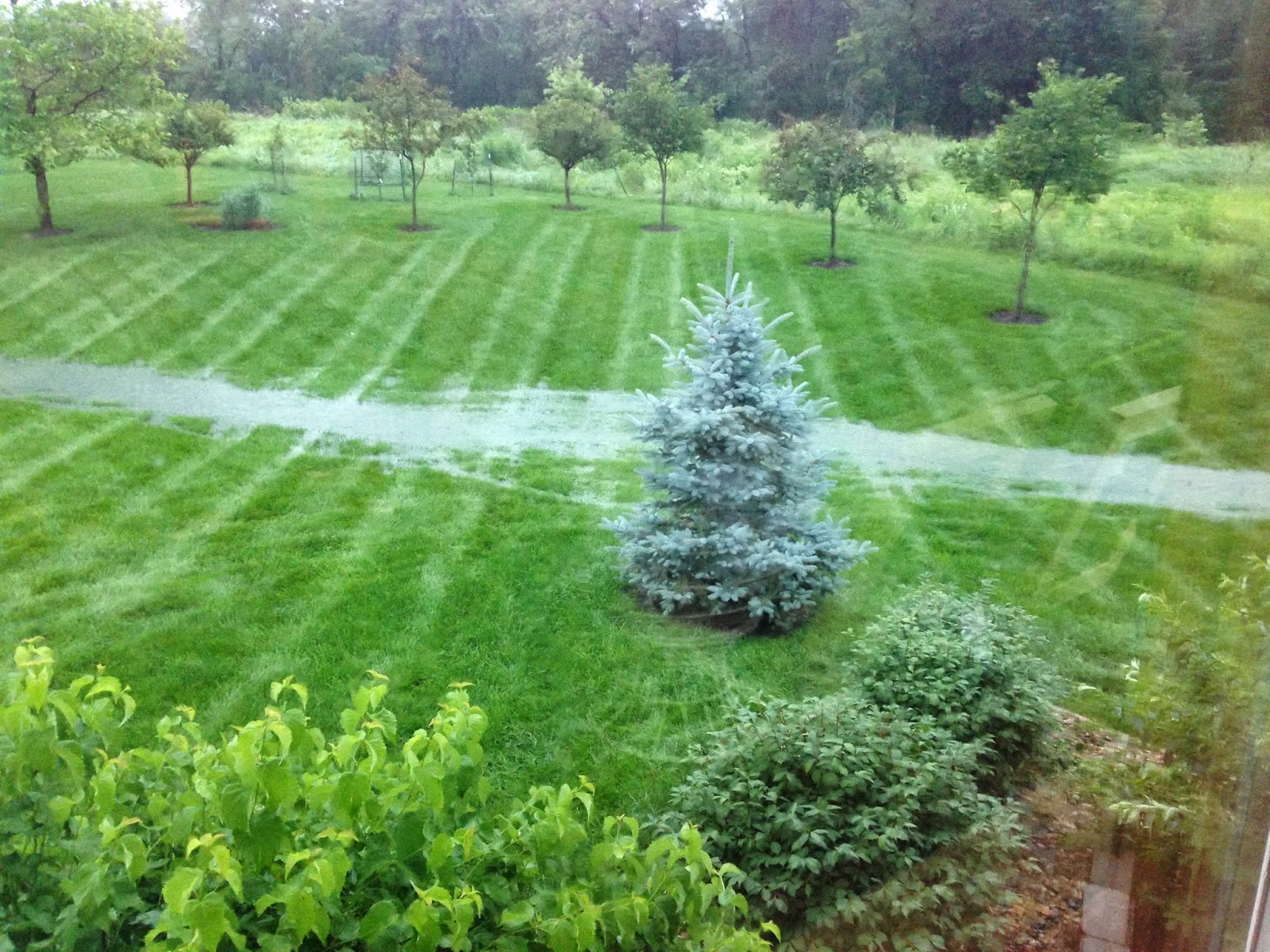 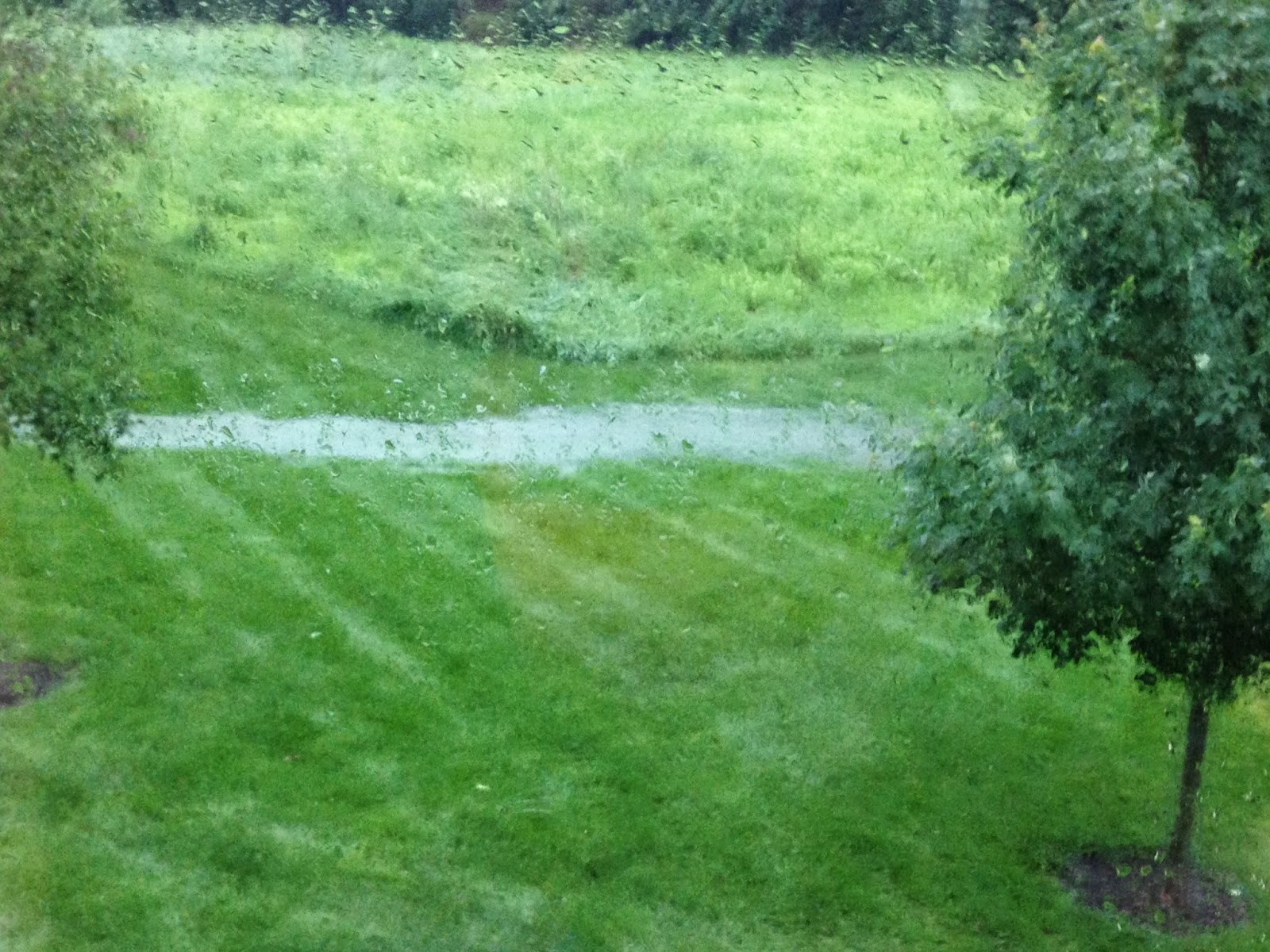 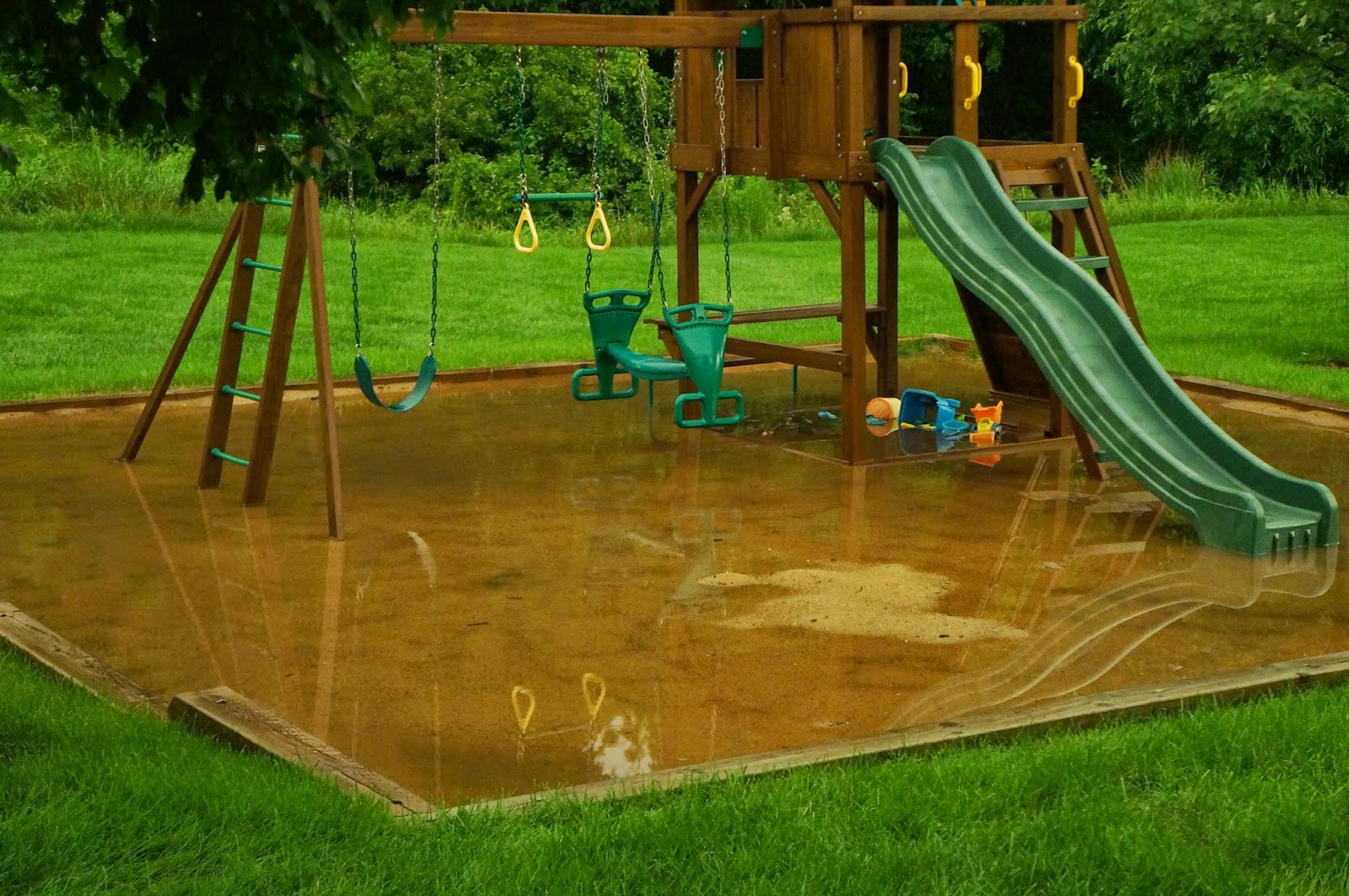 The storm was intense and so was its aftermath, at least as far as beauty and the sky go. It was as if Mother Nature was saying, "I'm sorry for that. It's okay now. Look at the pretty show I've made for you in the sky."

This was the view from the front of the house, looking toward the setting sun.
I love the heavenly rays bursting forth from the lit-up clouds as the storm moves away.
(There is symbolism in that!) 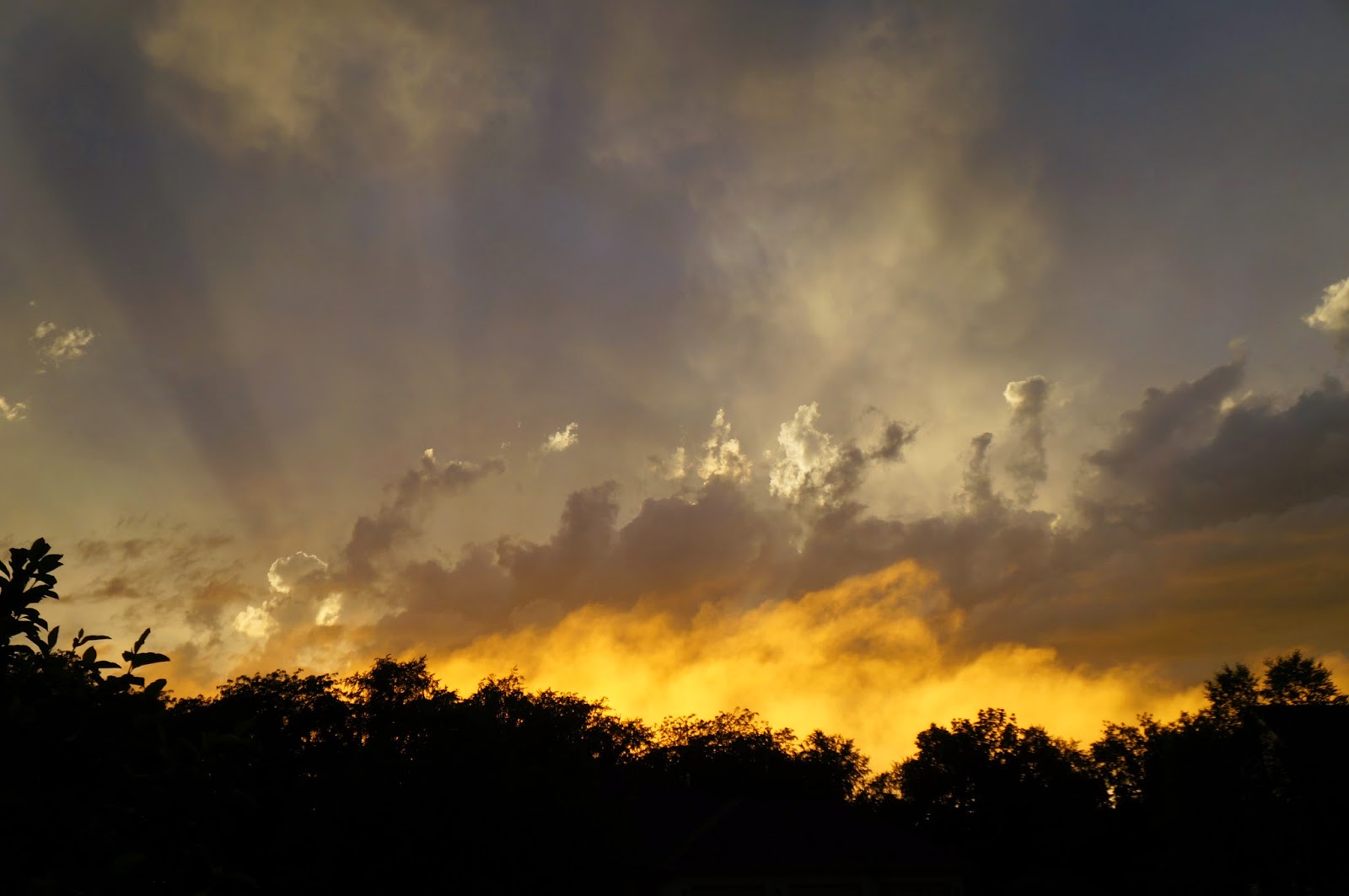 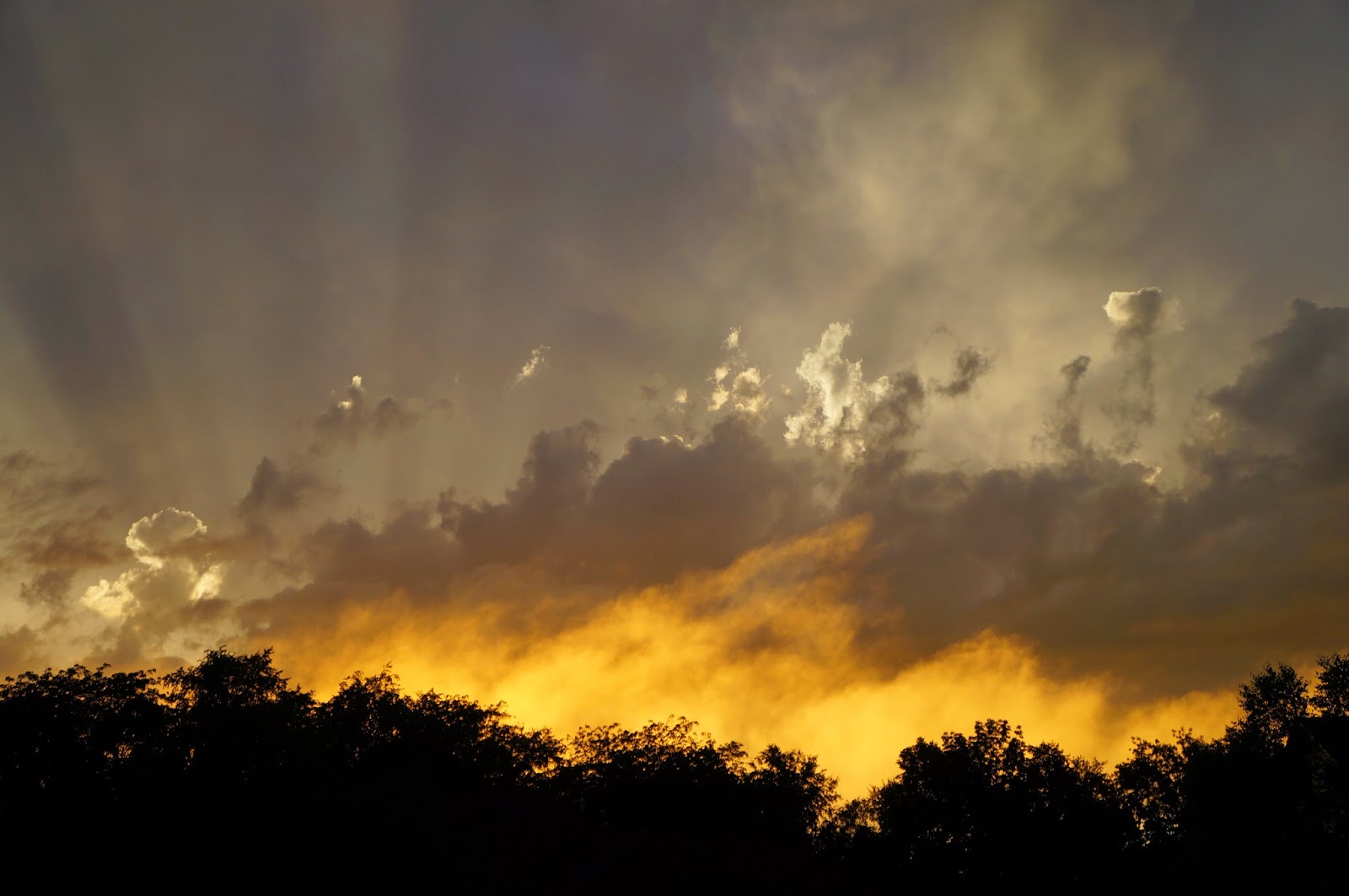 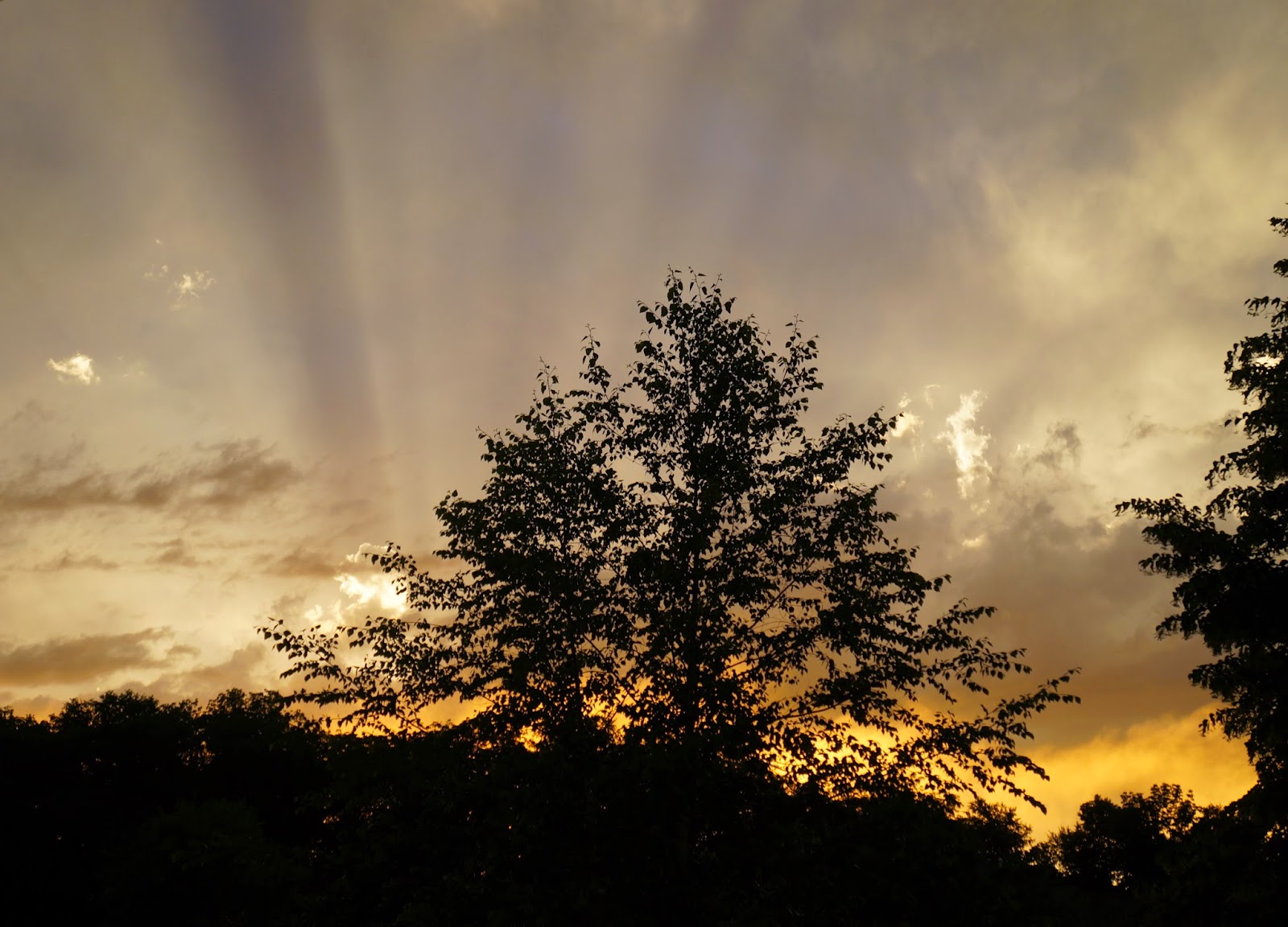 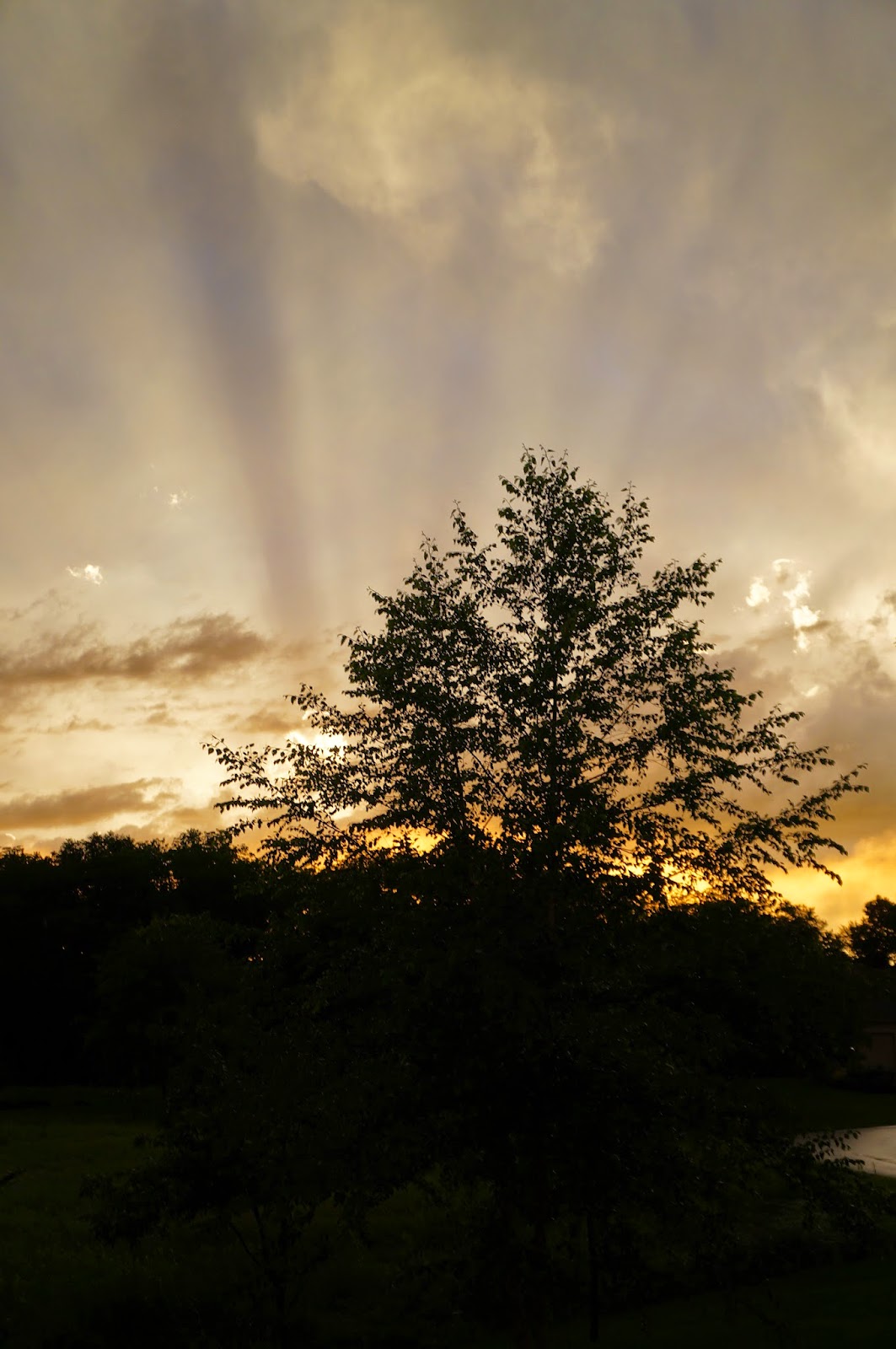 In the backyard, the sky was an awesome shade of purplish pink. I don't remember ever seeing the sky look like that before.
(These photos haven't been edited, filtered, or adjusted at all.) 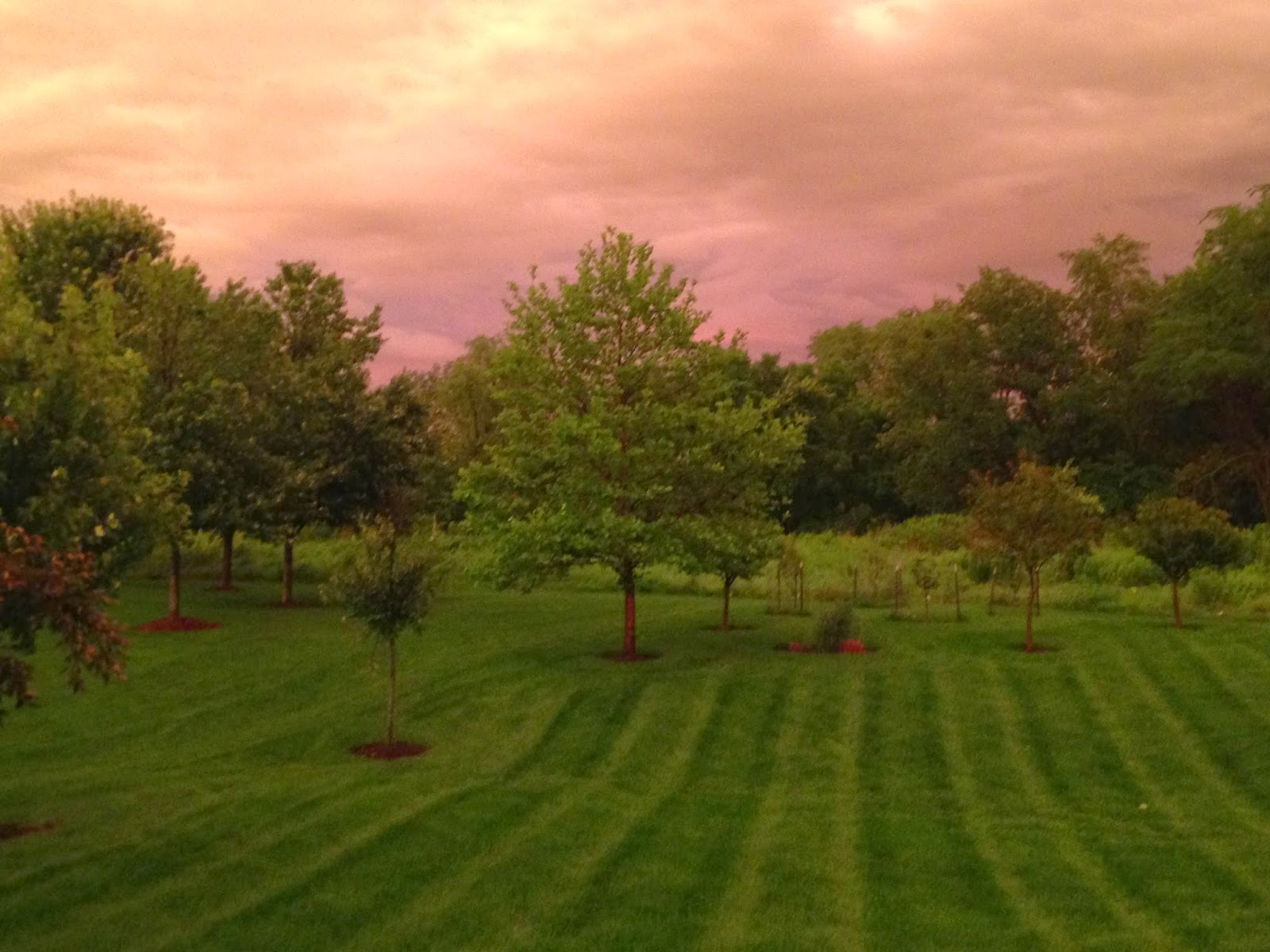 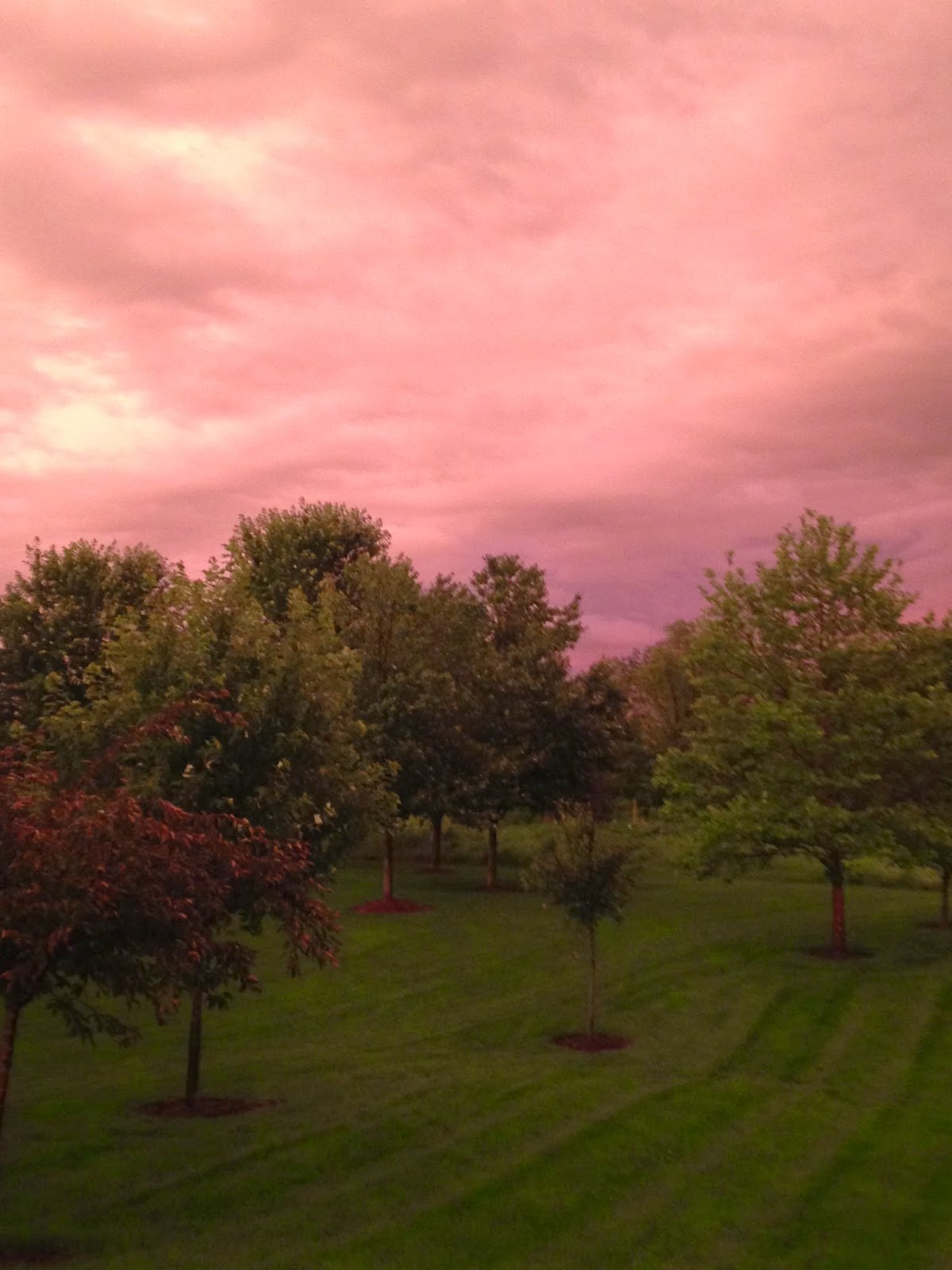 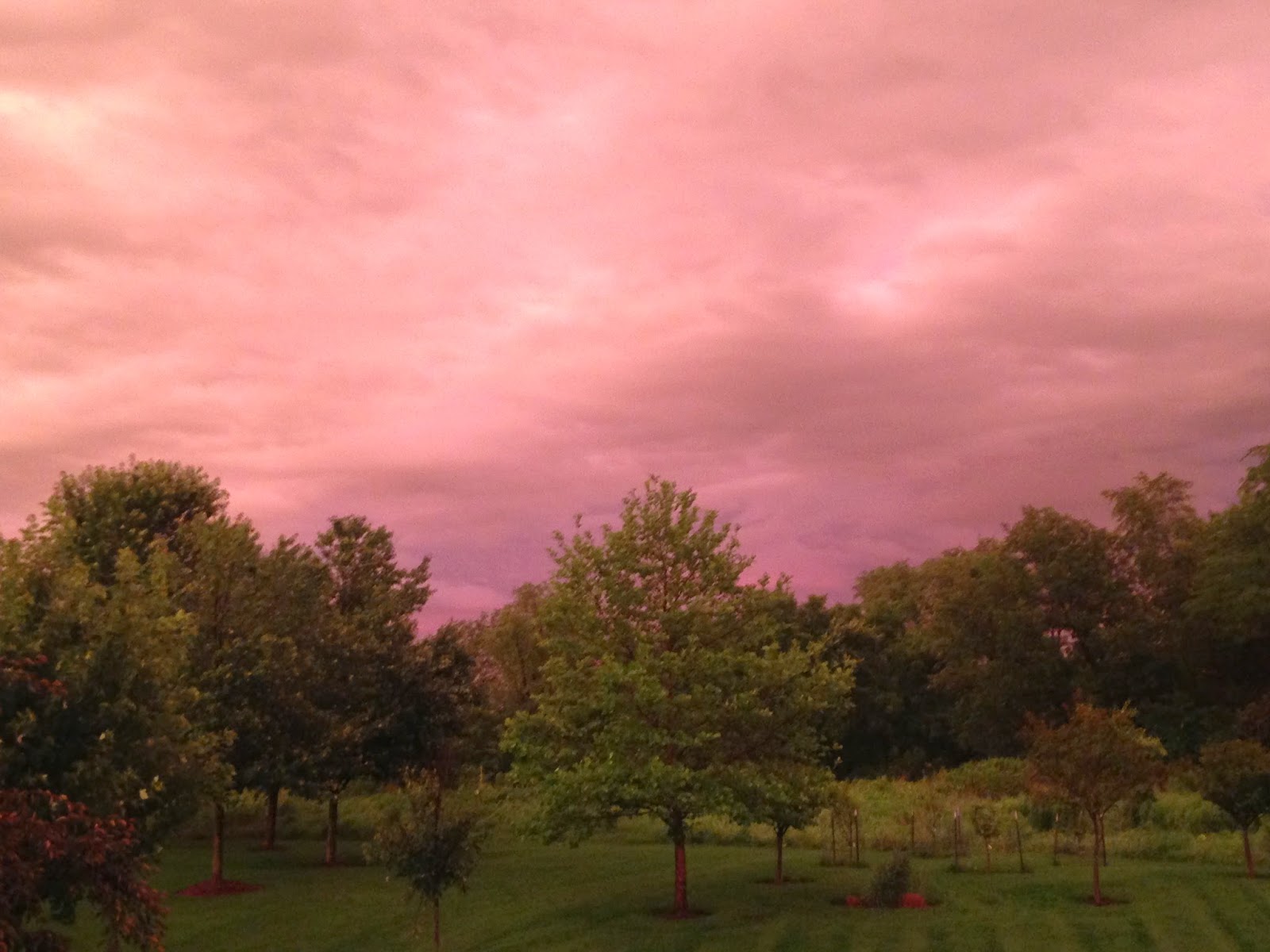 I wanted to include the picture below because there's a cloud in the middle of the picture (near the tree in the foreground) that looks like a big spider with huge thick crawling legs. Do you see it--the stripes (legs)? Kind of creepy! 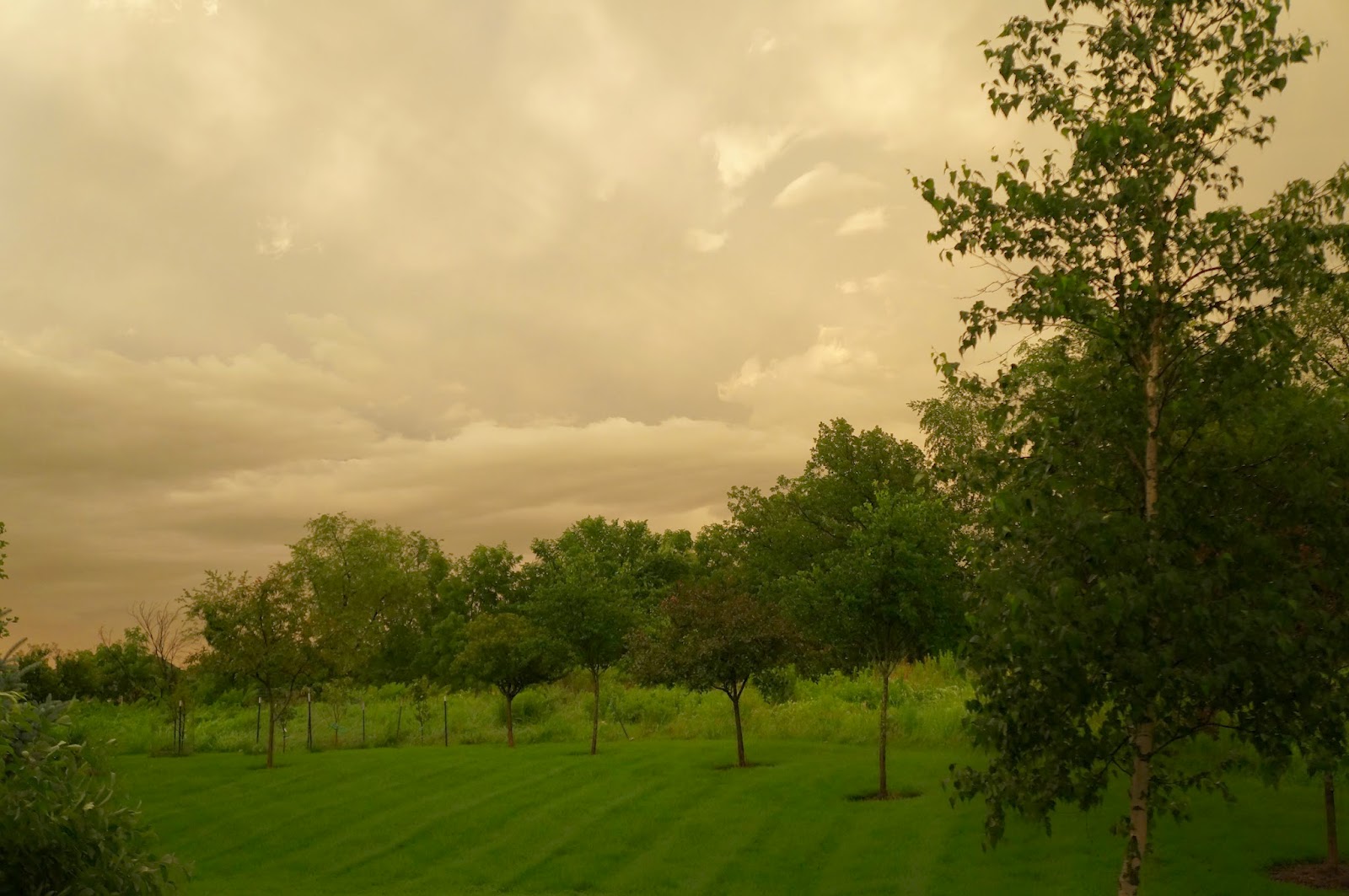 Then I went back to the front yard as the sun continued to set. 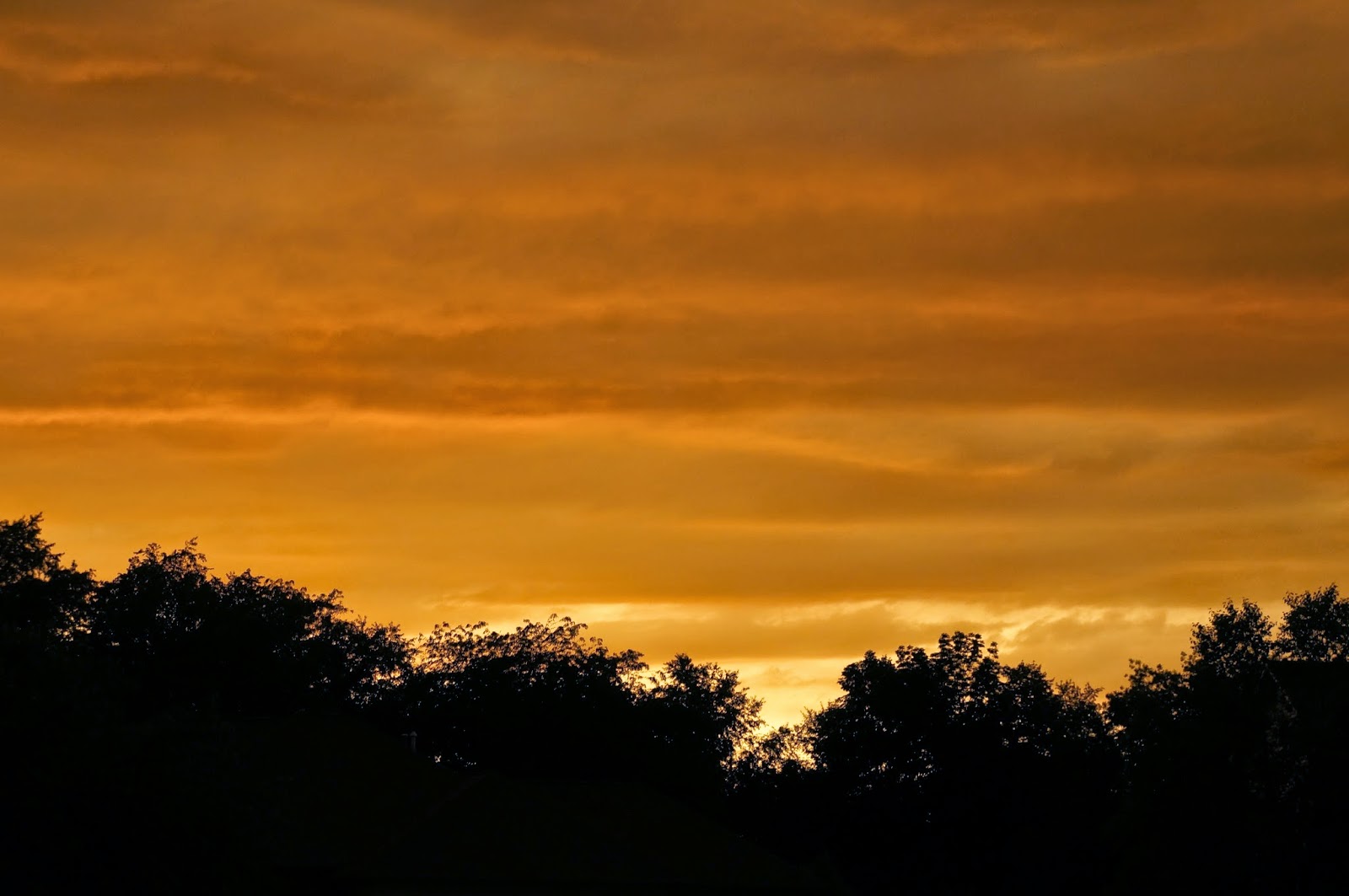 This is why we would have gotten soaked packing up the car--we couldn't park it in the garage because of the rooftop carrier. The benefit of the car being left out was that it got really clean and shiny.
Look at that glow! 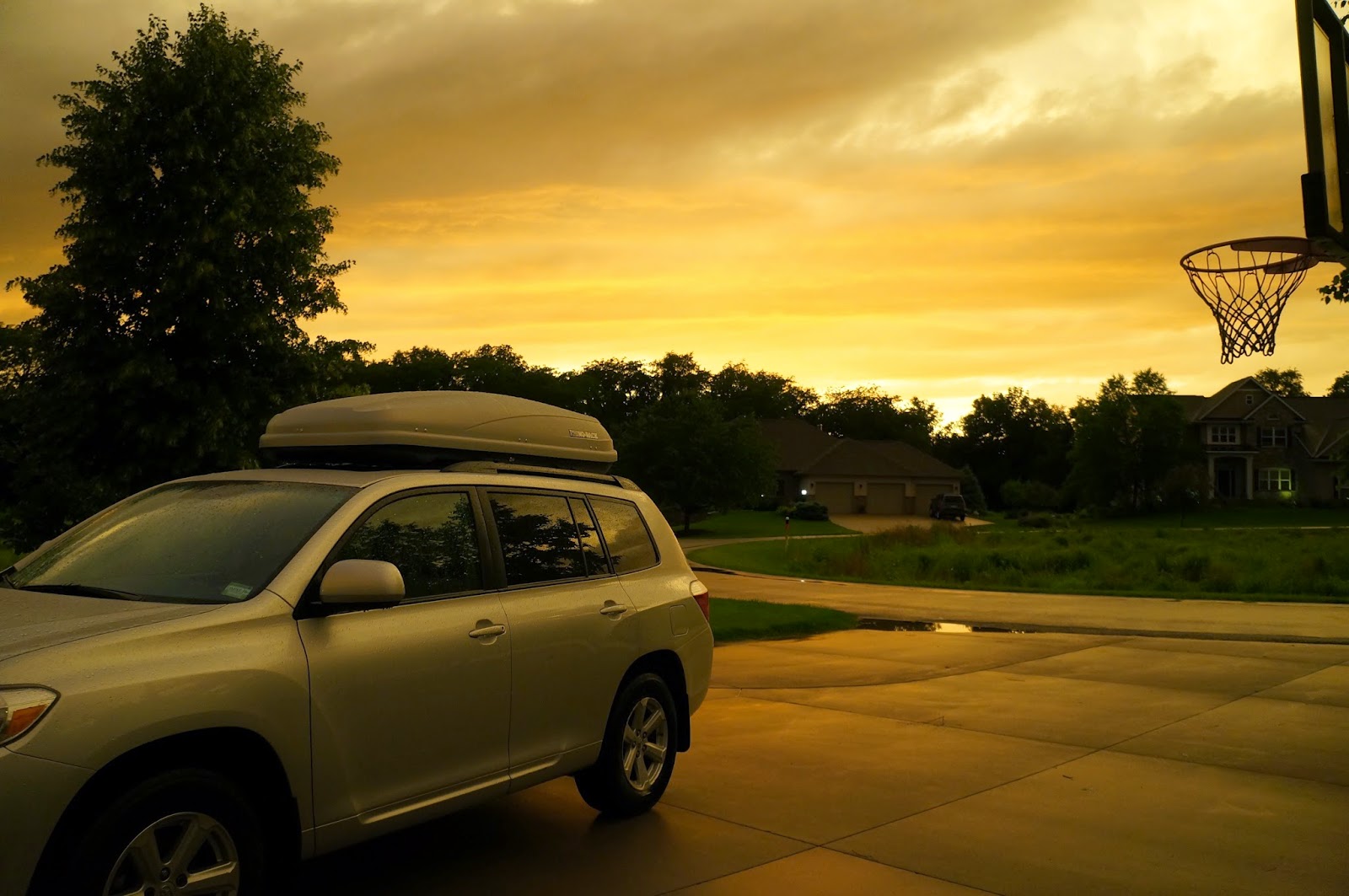 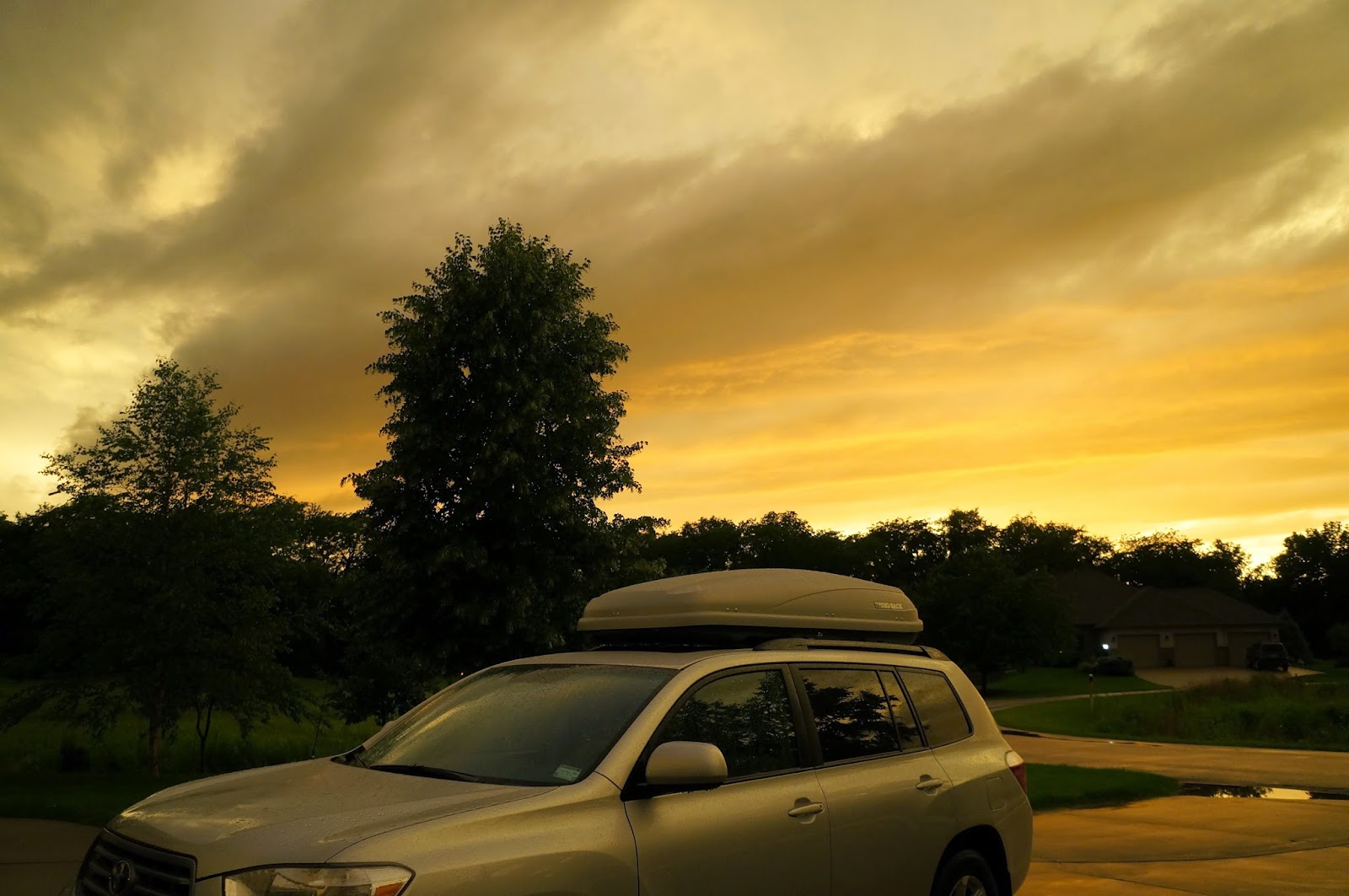 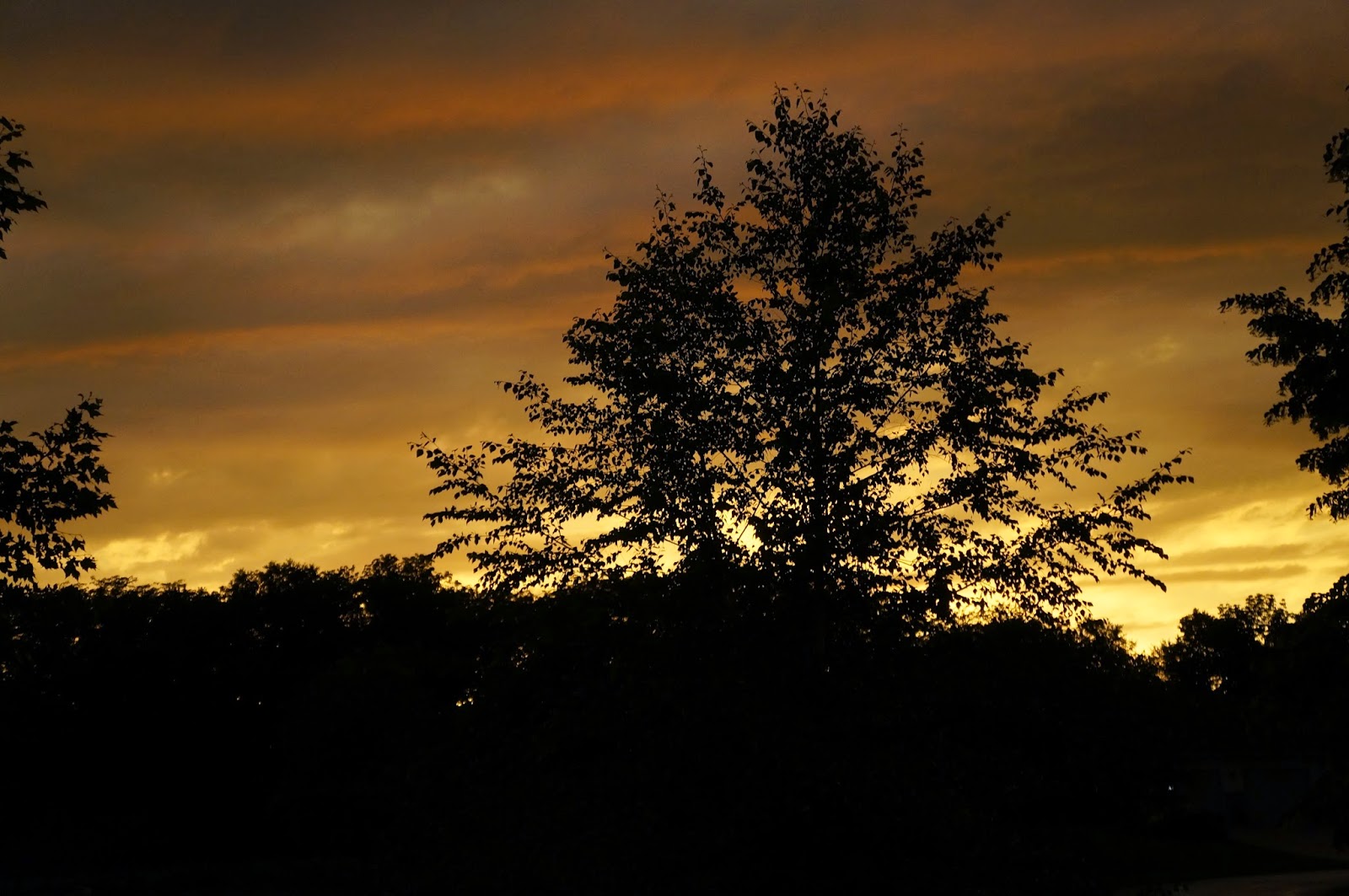 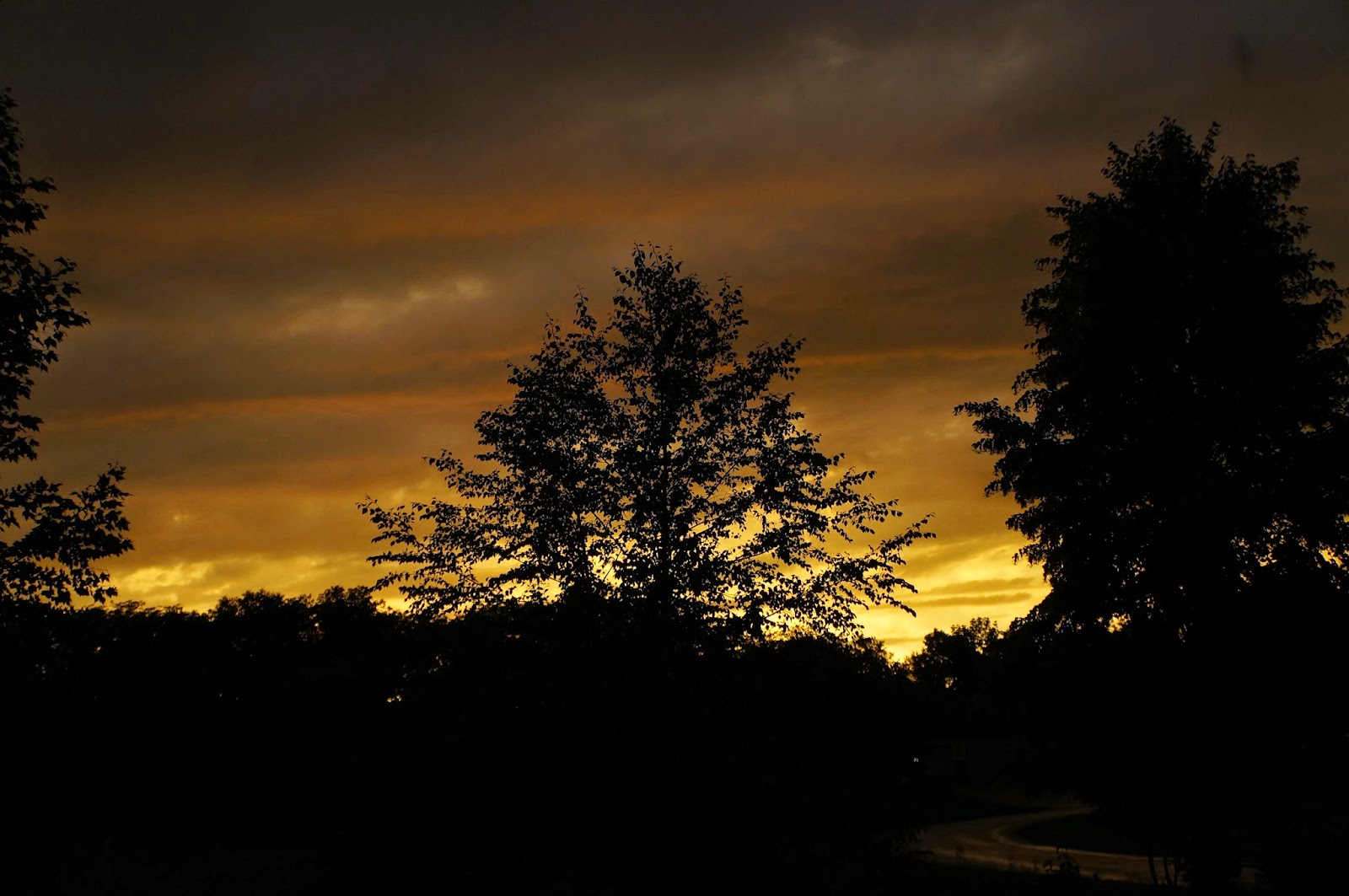 Of all the places I've lived, I think that Iowa has the most intense thunderstorms and the most amazing skies.