1. Halloween! It was fun. I went to both the kids' Halloween parades at their schools, the weather was appropriately overcast and wet (which I didn't mind, especially since Peter took the kids trick-or-treating, not me!), I ate many yummy sweets, including a delicious hot apple turnover and mulled apple cider, I made pumpkin soup for dinner which turned out a little bland but still tasty....it was a good day. Pictures to come in a future post, but for now here's one from my phone of Sam and I in our orange "Happy Halloween" shirts. Aren't we cute? Well he is anyway! 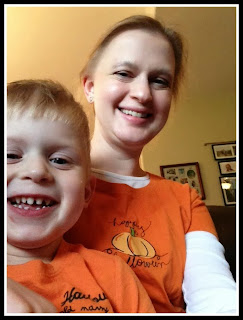 2. The Boston Red Sox won the World Series on Wednesday night at home in Boston at Fenway Park. That's the first time they've won the World Series at home since 1918! I was so happy and excited about this! I'm a long-time Red Sox fan and have been to several of their games at Fenway ever since I was in high-school (and they've never lost a game that I've been to, I might add). What an especially good year for this to happen after the Marathon tragedy in April. The team wasn't even expected to do all that well this year.
"Boston Strong" indeed! 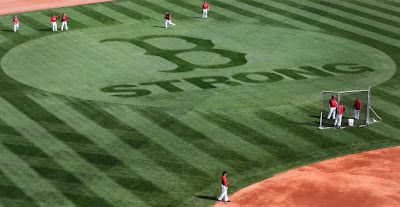 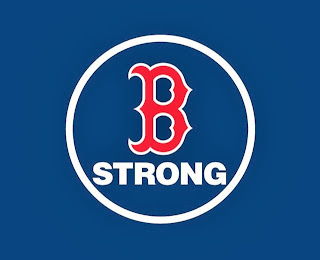 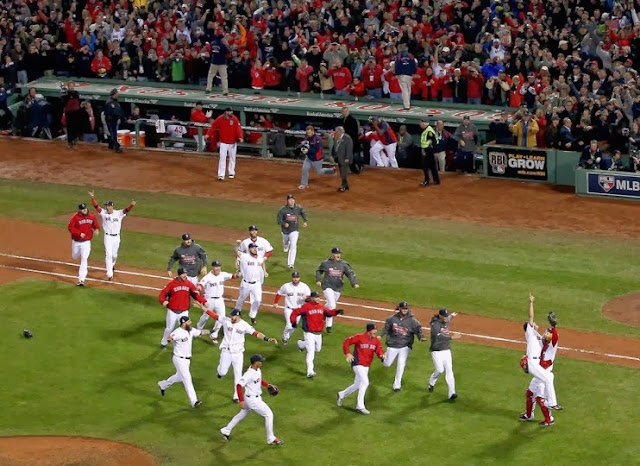 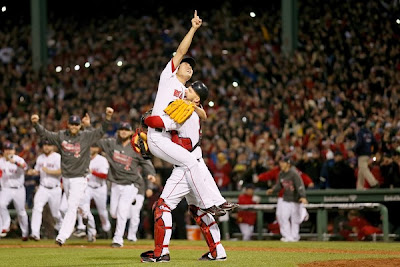 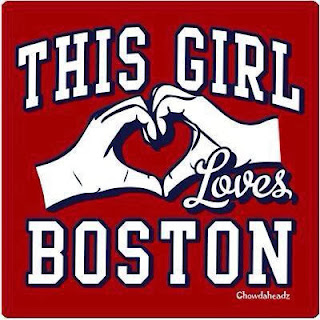 3. Another thing that happened on Wednesday, but this one not nearly as fun...I felt bad for Kathleen Sebelius when she had her three-hour hearing about the healthcare debacle. She was literally faced with rows of politicians who were angry and derisive and accusatory, and to an extent, it was for good reason, but I still felt bad for her. It's not like she wanted all of these problems to happen. Then yesterday The Wall Street Journal published this unflattering picture of her on the front page: 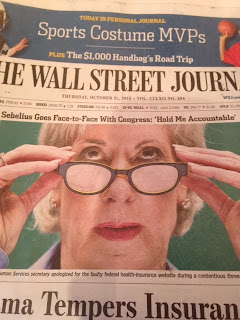 She's had a very bad week. She's had a very bad month!
I went on healthcare.gov for the first time this week to see for myself what it was like. I was impressed with the clean, easy-to-use look and features of the site. I clicked on the "Apply Online" link and then selected my state. So far so good. But the next screen that came up was the "This site is temporarily down" page, which has happened to so many people since the site opened. But I tried it again just now, and it worked! I didn't go any further than that, though. Our health insurance is fine the way it is.
I still don't think universal healthcare is a good idea. I think it should be done by the states if it's going to be done at all. I hope this all gets cleared up (somehow!?) and that people who really do need insurance will be able to get it (somehow!?).

4. Peter and I saw the movie Gravity in 3D last weekend. I had heard a lot of good things about it, and it didn't disappoint. It was a really cool movie to see in 3D. Ever since elementary school I've worried about astronauts floating off in space or getting stranded up there and I couldn't believe how perfectly this movie addressed that. There was a deeper meaning to the story too, which is always nice. It's definitely worth seeing. 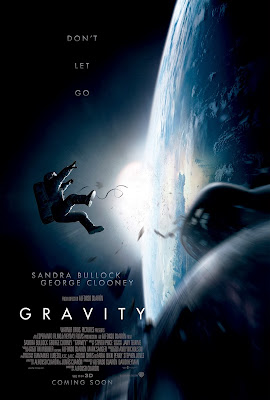 5. Last Friday my periodontist cut tissue from the roof of my mouth and sewed it onto the gums above my molars on the right side where the gums were starting to recede. The worst part was definitely the novocaine needles--that hurts, especially in the roof of the mouth. After that it was pretty much fine. But I've had to be careful with the right half of my mouth this week, with not eating or drinking on that side, and I still have to take ibuprofen for the discomfort. And it's weird to have one-third of the roof of my mouth all raw. It's kind of been a pain in the...mouth.
Ha ha!