The first stop on our Disney cruise in March was on the island of Grand Cayman (a.k.a., the Cayman Islands). This wasn't a new place to us because we spent a week there five years ago when John was three years old. It's a really nice island (it has my favorite tropical beach I've ever been on, a fantastic little place called Rum Point) and it was fun to be back and see the familiar sites again.

I had really wanted to go swimming with dolphins on Grand Cayman, but unfortunately that excursion booked up really fast so we weren't able to do it. Our second choice was to go on a submarine ride (the Cayman Islands have some of the world's best coral reefs), but Sam wasn't old enough for that because the minimum age for kids was four. Stingray City, where you can swim with stingrays on a sandbar in the ocean, was also booked. So we went to the Turtle Farm, where we'd been before in 2008. The turtles there are HUGE! It's a really cool place. And John and Peter had fun going snorkeling while Sam and I played on the beach. (Okay, in the interest of full disclosure, the accurate translation of that sentence would be: John and Peter had fun going snorkeling although John's snorkel didn't really fit so it probably wasn't that fun for him, while Sam played on the beach and I followed along, feeling tired and wishing I were swimming with a dolphin.) It was a good day overall but not the most fun for me. We learned some lessons as first-time cruise goers, such as book your excursions early, pack light for day trips to the shore, and wear your swimsuit under your clothes. The less you have to carry around the better!


The water around the Cayman Islands is SO BLUE. It's beautiful! 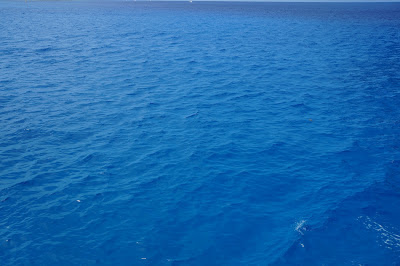 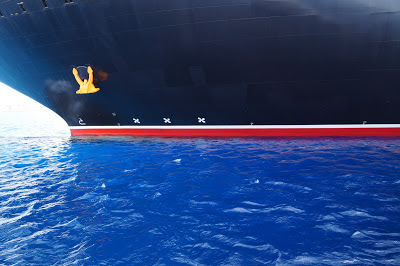 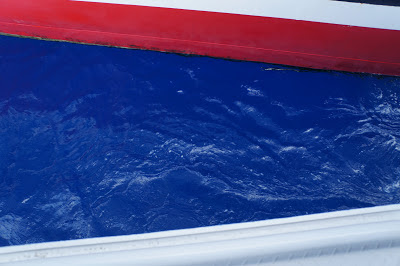 At the Turtle Farm. The pictures don't do them justice. These are probably the biggest turtles you'll ever see in your life! They are gentle giants of the sea. They're awesome! 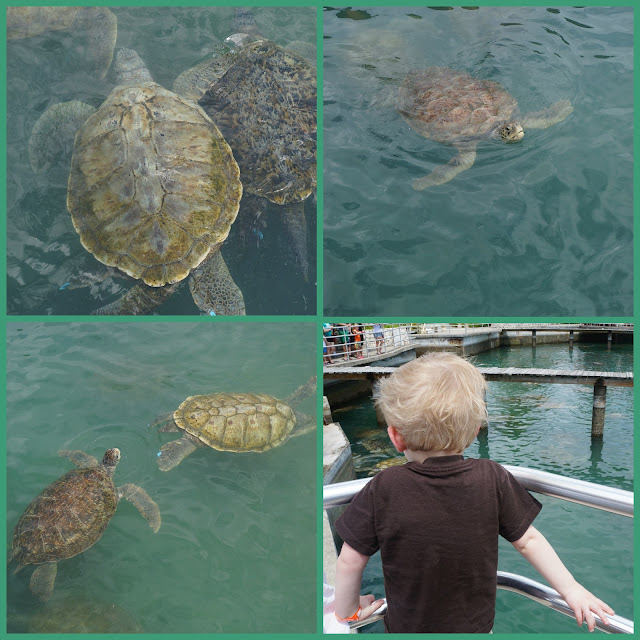 These were young giant sea turtles that we were able to see up close. 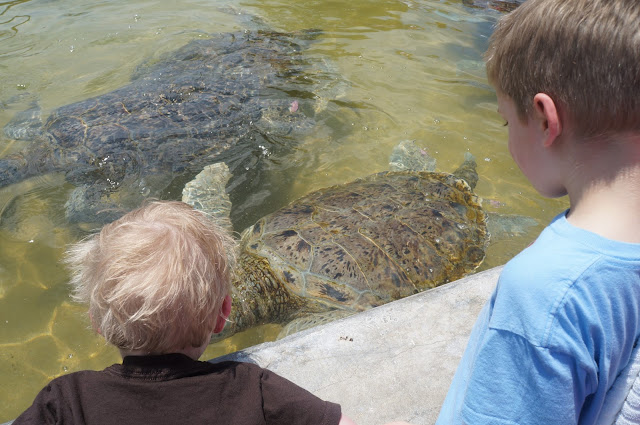 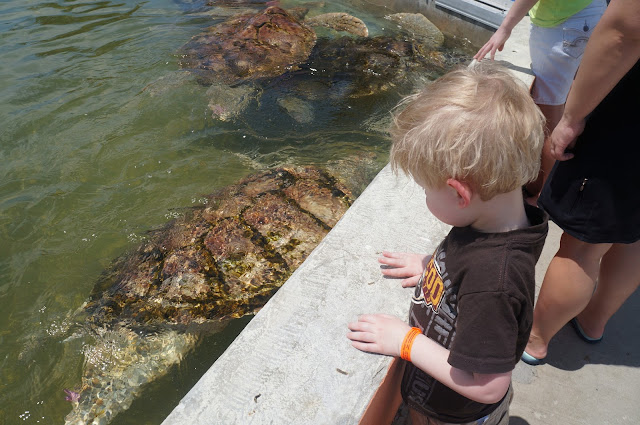 John got to hold a cute little baby turtle. 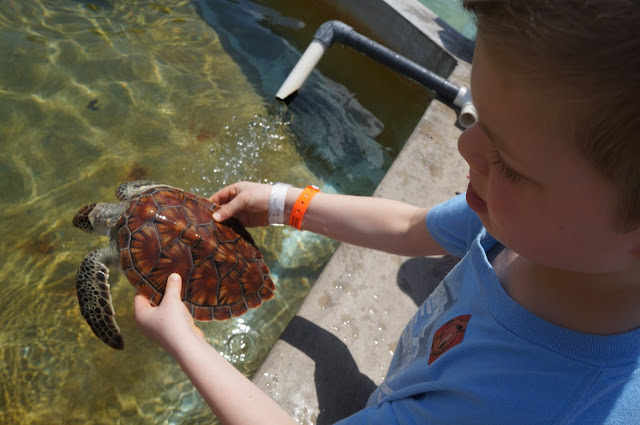 One of the things I'd forgotten about Grand Cayman is that chickens run around on the loose, almost like squirrels. I'm sure it's nothing to the people who live there but to this visitor it's pretty funny. When we were eating lunch at an outdoor cafe, a mother chicken and her little chicks paid us a visit because Sam was spilling rice on the floor as he ate. Those chickens must be able to smell kids 3-and-under from a mile away!

Sam was happy to sit on the beach and play with the sand. Nature is the best toy! 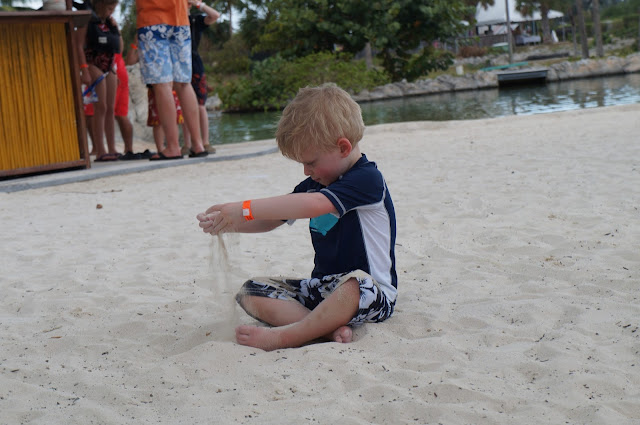 Here are Peter and John returning from snorkeling. I have to admit that snorkeling scares me a little bit. It must be the claustrophobe in me. And scuba-diving? Forget it! 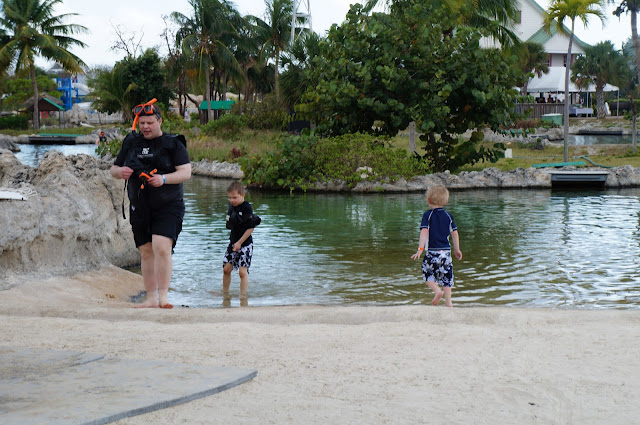 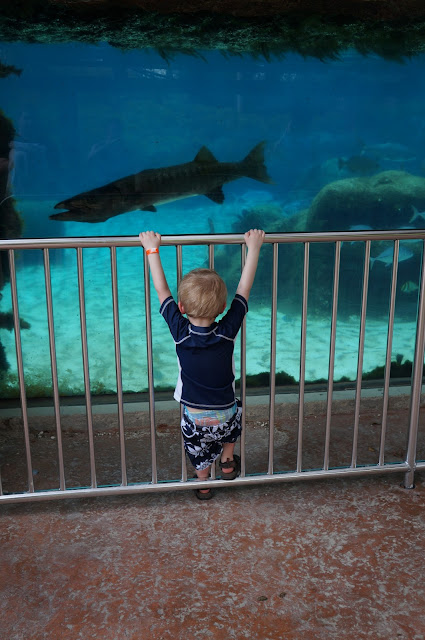 The coast of Georgetown, the capital, as we rode a boat back to the ship. 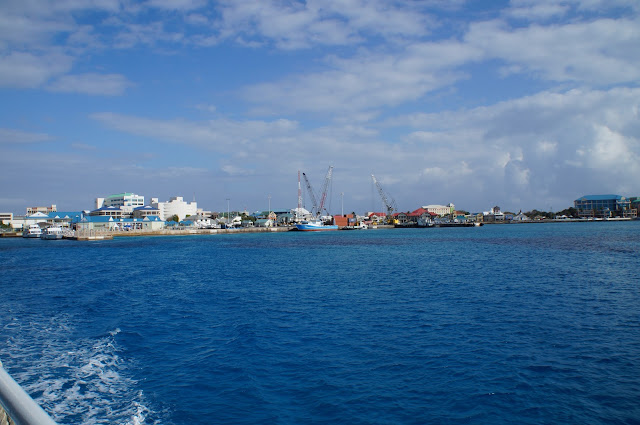 I was tired and happy to see the ship that afternoon. Home sweet home! 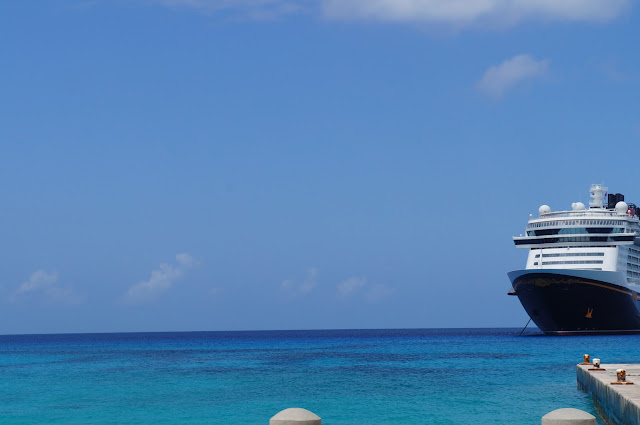 Until next time, Grand Cayman. It was great to see those turtles again, but when we return we will either swim with dolphins or with stingrays or go on a submarine ride beneath your beautiful blue waters!