1. We saw Iron Man 3 the day after it came out two weeks ago. I've never seen such long lines to get into a movie in my life! Luckily we got good seats anyway. And it was worth it because it was an awesome movie! Part of that awesomeness was Robert Downey Jr., who has become one of my favorite actors in his roles of Tony Stark/Iron Man and Sherlock Holmes. I like his personal story of overcoming his addictions and going on to find success in life. The other part of the movie's awesomeness was that it featured Downton Abbey in two scenes. How awesome is that!? (I know, I'm using "awesome" a lot in this paragraph.) Who would ever put a hugely popular action flick with the prim and proper Downton Abbey? The brilliant director, that's who! You can read about it here. 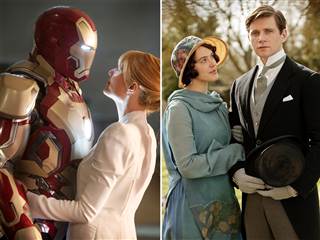 2. Last weekend I saw The Great Gatsby. As you may know I really enjoy seeing movies of books that I've read. I like to see how the story gets interpreted on screen as compared with my imagination. I first read Great Gatsby in high-school and I read it again a few months ago for my book club. I don't love the book really, but I can appreciate why it's become the classic that it is. I thought the movie was good; it exceeded my expectations. It reminded me of the huge crush I had on Leonardo DiCaprio when I was in high-school, which was amusing to think about. And I liked how it captured the Roaring Twenties in New York. And it reminded me that Daisy Buchanan is one of my least favorite characters in all of literature. 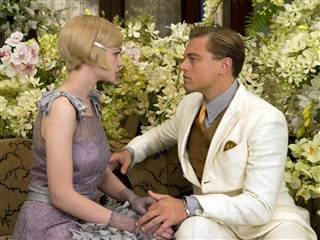 It was good but overall I liked Iron Man better!

3. Speaking of books and their movies, The Maze Runner by James Dashner is being made into a movie. I read this book and the whole trilogy last year and I liked it. Shooting for the movie started in Louisiana this week, and it's supposed to be released next February. I'm sure Peter and I will go and see it (he read it too.) I don't think it's nearly as good as The Hunger Games but it's pretty good. 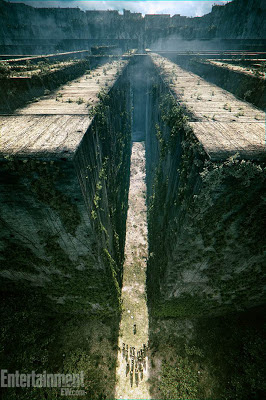 4. We've been having beautiful weather in southern Iowa this week: sunny and mostly in the low 80s, which is perfect weather to me! There's a white lilac bush in our front yard that smells heavenly, and many of our trees are blossoming beautifully in vivid pink and purple flowers. The windows are open which lets the fresh fragrant air into the house and I love how the sunlight streams in with it too. After a long cold winter and spring, these things are especially welcome and wonderful. Storms are supposed to move in this weekend so I'm enjoying this perfect weather while it's here. I don't mind the storms too much as long as it doesn't get cold again!


[Insert pictures here of all the above-described loveliness, which are on my camera but not downloaded (or uploaded?) to the computer yet.]

5. I've noticed that the blogosphere has been slow this month. A lot of blogs that I read aren't updating as much or at all. May is a crazy-busy month so I can understand why. I was planning on taking the whole summer off from blogging starting at the end of May but I want to finish up my cruise posts and some other things so I'll be blogging into June and then I'll take July and August off.

In my efforts to simplify my life, I often ask myself, why am I still blogging? I started my blog over five years ago at my friend Alyson's encouragement and it's been fun to do. It's interesting to see how blogging has evolved over the years. It used to be a very popular thing to do, but the majority of the "blog friends" who I made no longer blog or have made their blogs completely private, and I don't really have the desire to go find new bloggers like I used to do. I don't really care anymore how many people read or comment on my blog (although it's gratifying when people do!). A lot of my in-real-life friends who have a blog hardly ever go on their blog anymore, much less read the blogs of others.

I still find enough value and enjoyment in blogging to keep on doing it. I'm mainly blogging for myself now and for my family and friends, and sometimes to share things with the wider world if they stumble upon my blog after doing a Google search for something like Prince Edward Island or the Disney Fantasy cruise ship or summer skirts or Callista Gingrich's scary facial expressions, which has brought a lot of traffic to those posts. I find that I still like to write for an audience because it's motivating and I think it makes my writing better. Blogging also helps to keep my editing skills up, and it's a fun way to journal my life and my family's life, from the big things like our vacations to the little things, like a sticker that Sam wore home from preschool that I thought was cute.

The biggest downside of blogging for me is that it takes time that I don't always have or want to use on putting together blog posts. Other things, like spending time with my children, are more important. And sometimes I'd rather just go and read my book or do something else. That's why I take the summers off from blogging--I reserve them for reading and spending more quality-time with my kids and I don't go on the computer much at all, not even for Pinterest (which sadly, I've been neglecting lately--there's just not enough time in the day! I miss it though.).

I didn't mean to write an essay about blogging: this is supposed to be a "fragment," after all. It's just been on my mind. That's another good thing about blogs--you can write out what you're feeling and maybe get some feedback from others about it. If anyone's even reading, that is. ;-)


I hope you have a great weekend! We're planning on going to the circus tomorrow. Yay!